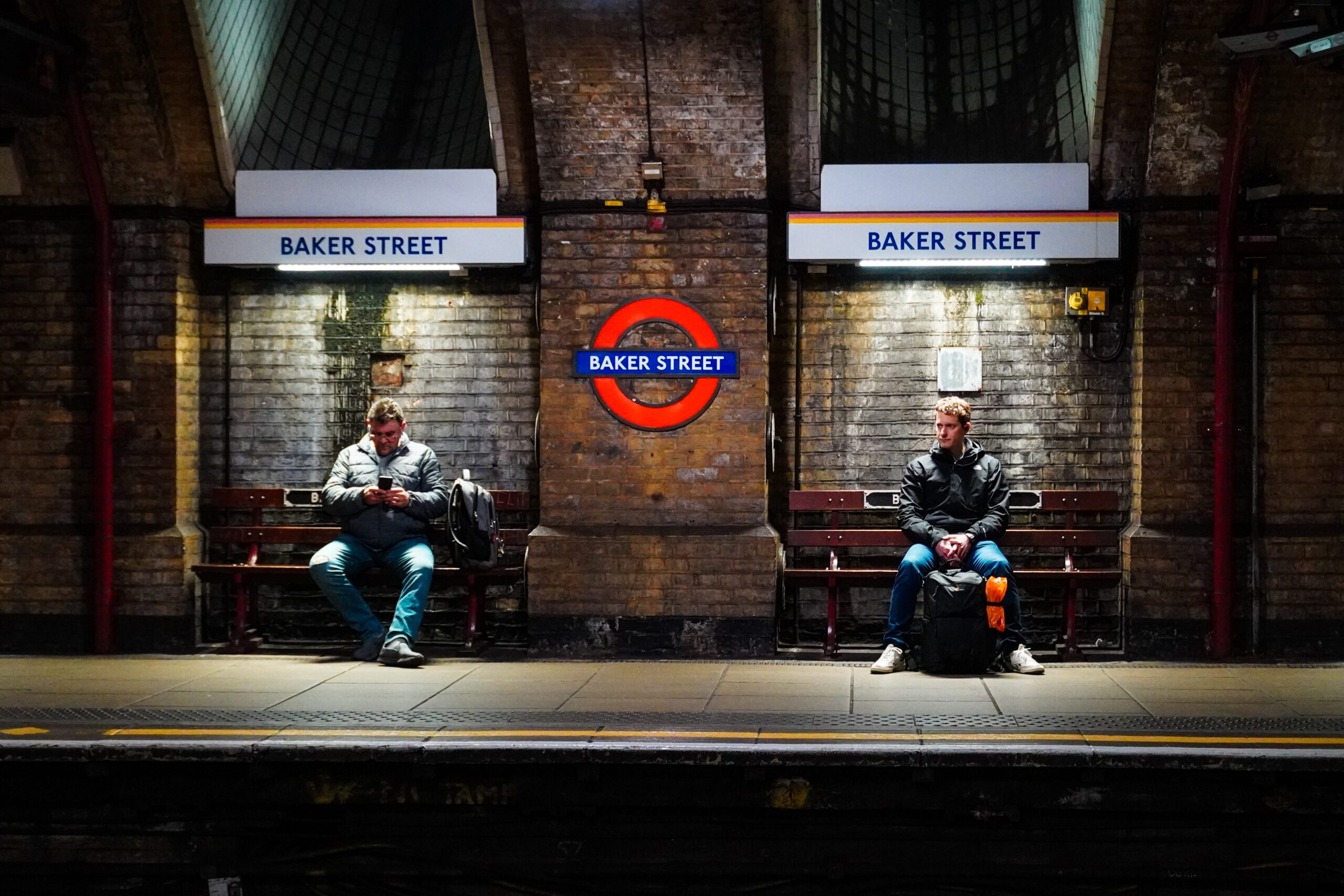 In this post we are going to answer the question ‘’Why thalamus is called relay station?’’ We will discuss how the thalamus works, how it is composed, and its main functions as a relay station.

Why thalamus is called relay station?

The thalamus is called ‘’relay station’’ because the thalamus fulfills the function of a “relay station” and a synaptic integration center for a first processing of sensory signals on their way to the cerebral cortex.

The central nervous system is a complex network of structures that is mainly divided into the brain and the spinal cord. But in addition, from these areas we can also find other important regions for the development and execution of motor, sensitive, cognitive functions, among others.

The brain holds many mysteries. What is produced inside is something that has been of interest to the scientific community since ancient Greece. But something that is not beyond our knowledge is the physiology of the brain.

One of these parts, the thalamus, is the most voluminous structure of the diencephalon. It is located in the center of the brain, above the hypothalamus, and is separated by the hypothalamic sulcus of Monroe.

It is a very important part of the neuronal structure, since all sensory stimuli that go to the brain pass through the thalamus.

With the exception of smell, whose pathways develop in the embryo, before the thalamus, and therefore go directly to the brain. In total, it has 80 neuronal groups grouped into territories.

The thalamus could be said to be found deep within the brain, just above the brainstem and near the basal ganglia. It acts as a “relay station” and a synaptic integration center for the initial processing of sensory signals on their way to the cerebral cortex.

It screens for insignificant signals and directs important sensory impulses to areas of the somatosensory cortex and other regions of the brain.

And in the same way that it conducts sensory information to the cortex, it also receives signals from it, signals capable of modifying its own activity, varying the intensity and nature of the information that it sends to other centers.

Along with the brainstem and associative areas of the cortex, the thalamus is key to directing attention to relevant stimuli. An illustrative example of this function (in mammals) is the ease with which the mother – and the father in those in which parental care is shared – awakens at the slightest sigh of the baby but remains asleep in the midst of a violent storm.

It is also capable of making other sensations conscious, although it is not capable of identifying the location of the corresponding stimuli or of determining their intensity.

In addition to the above, the thalamus plays an important role in motor control, reinforcing voluntary motor behavior initiated by the cortex.

It is the largest of the four subdivisions and consists of groups of neurons that project to all areas of the cerebral cortex.

Let’s say that it is in a strategic place that allows it to be “the functional gate of the cerebral cortex.” Virtually all information that arrives or descends from the cortex passes through the thalamus first.

The nuclei of the thalamus are organized around the medullary lamina, which is shaped like a “Y”, dividing the thalamus into three parts: anterior, medial and lateral.

Regarding the function of each of the nuclei, we can classify them into relay thalamic nuclei and diffuse projection nuclei. The relay stations are intermediate processing stations in the sensory transit to the cerebral cortex, sending their projections to specific areas of the cortex.

Those with diffuse projection are nonspecific: they do not send projections to specific areas.

Up to 50 nuclei have been identified. Thalamic relay nuclei are usually classified into four groups with respect to the internal medullary lamina (fiber bundle):

The lateral geniculate receives information from the retina and sends the visual information to the primary visual cortex of the occipital lobe. And the pulvinar projects to areas of parieto-occipito-temporal association, more developed in humans.

Regarding diffuse projection nuclei, they are located in the midline of the thalamus or in the medullary lamina.

The intralaminar nuclei project into limbic structures, which govern the activation of the cortex, and perhaps participate in the integration of sensory submodalities. The reticular nucleus regulates the activity of other thalamic nuclei based on their control.

It is not only a relay station for simple transfer to the neocortex. It could be said that it is a complex brain region where a substantial degree of information processing is possible.

It acts as a guardian of information to the cerebral cortex, preventing or facilitating the passage of specific information depending on the state of consciousness of the person.

How does the thalamus work?

The thalamus is a part of the central nervous system that works and fulfills its function of processing sensory and motor information, thanks to the amplitude of nuclei that have the task of receiving different input and then projecting them to the cerebral cortex, where they belong.

Among its nuclei, we can mention the reticular, the intralaminar, the medial, the anterior and the lateral.

The many functions of the thalamus

It is a complex structure that has implications for various functions of the central nervous system, these are some of them:

Its injury is also related to diseases characterized by amnesia such as Korsakoff’s syndrome.

As can be seen, its role cannot be limited to a single function: it modulates multiple sensory, motor and even higher functions.

It can be stated, therefore, that the thalamus plays an important role in different brain functions including memory, emotions, the sleep-wake cycle, and executive functions. Average in general cortical responses of alertness, sensorimotor control and processing of sensory information.

So, why thalamus is called relay station?

The thalamus is a diencephalic nucleus that is part of the wall of the third ventricle. This nucleus receives, processes, and distributes almost all sensory and motor information that reaches the cortex. It is also related to the regulation of the waking state and the emotional state

Its structure is complex as it is made up of numerous nuclei that have been classified into three groups: nuclei of the reticular system of the thalamus; cortical or extrinsic relay nuclei and association or intrinsic nuclei.

The neurons innervated by these axons emit, in turn, fibers that reach the cerebral cortex to the primary sensory areas.

But in the relay nuclei the so-called motor nuclei are also distinguished, such as the anterior ventral nucleus and the lateral ventral nucleus that receive fibers from the globus palidus and the cerebellum, respectively, and project them to the cerebral cortex.

The thalamus it is in charge of controlling movement, the process of sleep (wakefulness) and sensory information. The information it takes is passed on to the cerebral cortex, although it also happens in the opposite direction, with the thalamus being the one that distributes the information to the rest of the body.

For example: contributions from the retina are sent to this region. These in turn project it onto the primary visual cortex in the occipital lobe. As a consequence, the sensory relay areas receive specific projections from the cerebral cortex.

It also has strong reciprocal connections with the cerebral cortex, which in turn forms the thalamic-cortico-thalamic circuits. These are the keepers of conscience. In addition, it is an important part of the regulation of arousal, the level of consciousness and activity.

All this makes the thalamus a very important but unknown part of the body. Serious damage can lead to a comatose situation, both reversible and irreversible. Or it could have consequences on the person’s motor activities.

What does the thalamus relay?

The main function of the thalamus is to relay motor and sensory signals to the cerebral cortex.

Is the thalamus a relay station?

Yes, the thalamus fulfills the function of a “relay station” and a synaptic integration center for a first processing of sensory signals on their way to the cerebral cortex.

What is the name of the relay station in brain?

Thalamus: An important relay station between the senses and the cerebral cortex.

What is the importance of the thalamus?

The thalamus acts as an important center for integration and relay center of all types of sensory information.

Can the thalamus repair itself?

There is evidence that the thalamus is involved in the ecumeration process after traumatic brain damage.

In this post we answered the question ‘’Why thalamus is called relay station?’’ We have discussed how the thalamus works, how it is composed, and its main functions as a relay station.