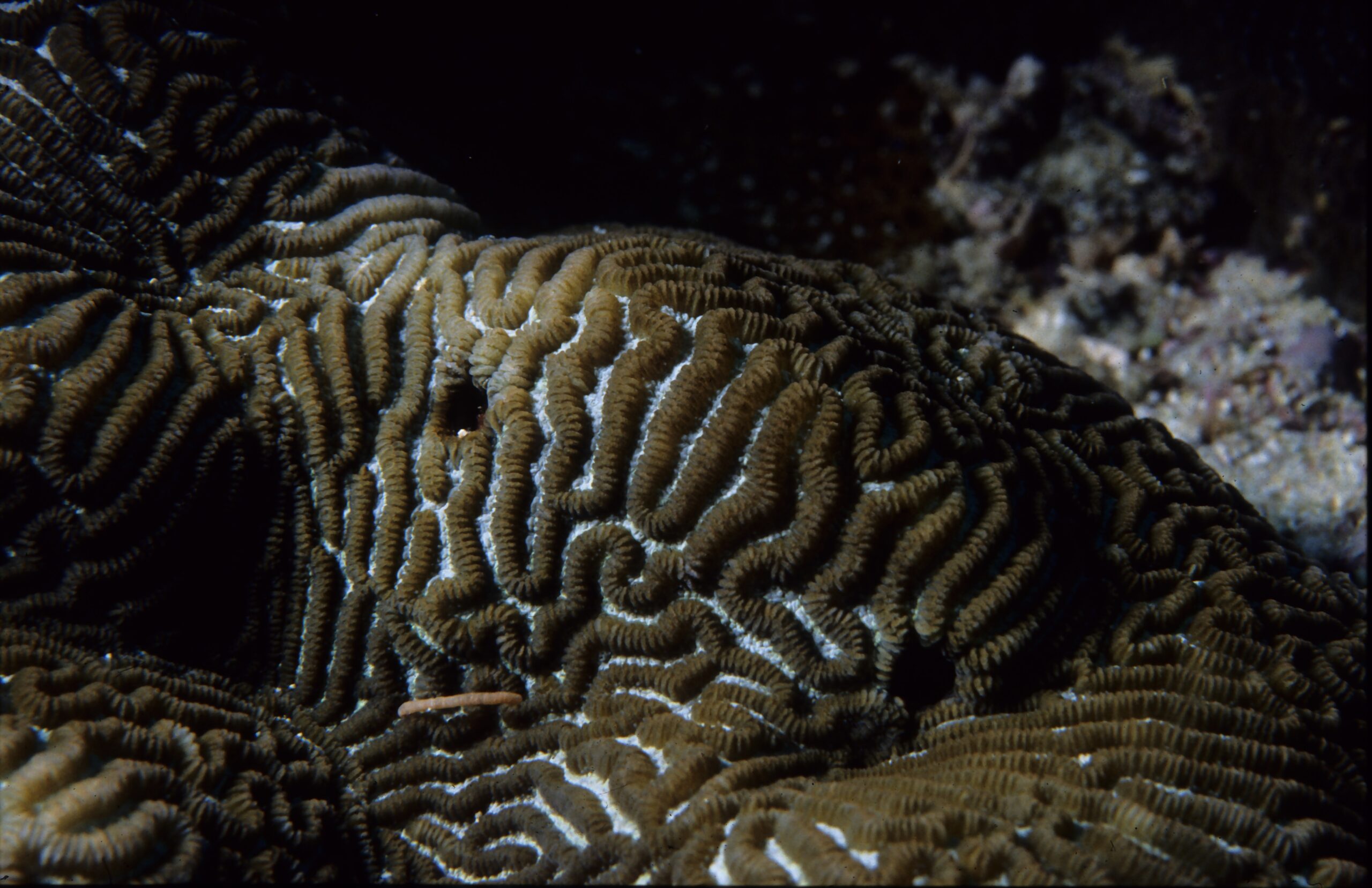 In this post we are going to answer the question ‘’Why does the brain need thiamine?’’ We will explain what thiamine is, how the body metabolizes it and its role in brain processes.

Why does the brain need thiamine?

The brain needs thiamine (vitamin B1) as it helps the body’s cells to convert carbohydrates into energy, especially the brain’s nervous system.

Vitamin B1, also called thiamine, is a water-soluble group B vitamin.

Being a water-soluble vitamin, it passes into the cooking water during the culinary treatment and enriches the broth. So, to take a higher thiamine content, it is recommended not to drain the dishes.

Certain foods or components of the diet such as fish, coffee or tea can cause the destruction of thiamine at the intestinal level.

Also known as vitamin B1, thiamine is an essential nutrient for the body, as it helps convert the food we eat, mainly carbohydrates, into energy. In addition, it plays a fundamental role in our cellular metabolism by influencing the growth, development and function of cells.

It was discovered in 1910 and by chance. At that time, the Japanese scientist Umetaro Suzuki was researching what rice bran could do for people with beriberi. Suzuki found that it had powerful effects on the symptoms of this typical Asian disease, however, he did not find the correct chemical composition.

It would finally be Robert R. Williams who would establish the synthesis, chemical composition and functions of this vitamin in 1935.

Today we know much better the foods in which we can find thiamine and its role in health and disease, although there is still research ahead to fully understand it.

What is the function of vitamin B1 in our body?

Vitamin B1 is an essential cofactor for several enzymes that participate in the metabolic reactions that allow cells to obtain energy from glucose.

If there is glucose and there are enzymes but there is no thiamine, it is not possible to carry out the chemical reactions correctly, hence the name of cofactor.

It also has an important function in the central nervous system, participating in the propagation of the nerve impulse.

The exact mechanism has yet to be elucidated, but three neurological diseases that are related to thiamine deficiency confirm its relationship to the central nervous system: Wernicke-Korsakoff syndrome, Parkinson’s disease, and Alzheimer’s disease.

Although only some cases of the first syndrome are cured with thiamine, some studies in animals and in humans indicate that having adequate levels of vitamin B1 in the nervous system results in some protection against the development of the other two.

Thiamine also plays a role in the vascular health of diabetics. Thiamine supplements have been shown to be effective in the prevention of heart problems and neuropathies in animal models, and some experiments in humans have shown that vitamin B1 helps prevent vascular problems and the appearance of proteinuria in diabetics.

Exact treatments and who would actually benefit from thiamine supplementation remains to be determined, but the research done so far is promising.

Finally, vitamin B1 has shown a certain antioxidant capacity, since oxidative damage occurs in cells of the immune system and the nervous system when there is a deficiency of thiamine.

How is thiamine metabolized?

Among its phosphorylated derivatives, thiamine pyrophosphate (TPP) is involved in multiple cellular reactions.

TPP is a cofactor of enzymes of great metabolic importance, both in the cytosol, as well as in peroxisomes and in the mitochondria, many of them related to energy metabolism

What are the effects of vitamin B1 deficiency?

Thiamine (vitamin B1) plays a fundamental role in maintaining brain functions. Thiamine diphosphate acts as a cofactor for several enzymes involved in glucose metabolism at the brain level and thiamine triphosphate has different functions at the level of neuronal membranes. Thiamine metabolism in the brain is shared by adjacent neurons and glial cells.

There are two different stages of vitamin B1 deficiency for dietary reasons. At first there are “general” symptoms such as poor appetite, poor concentration, muscle pain and weakness, back pain, and general fatigue.

If the deficiency is not corrected at this stage, the condition worsens and beriberi appears, characterized by anorexia, cardiac enlargement, muscle weakness that leads to incoordination of important movements when swallowing or moving the limbs, and other symptoms that may vary depending on the patient clinical type of beriberi.

Brain beriberi could lead to Wernicke’s encephalopathy and Korsakoff psychosis, especially in people who abuse alcohol.

The diagnosis of Wernicke’s encephalopathy is based on a triad of signs, including abnormal eye movements, posture and gait disturbances, ataxia, and cognitive impairments. If left untreated, irreversible neurological damage can cause clinical manifestations known as Korsakoff psychosis.

Thiamine deficiency affecting the central nervous system is defined as Wernicke’s disease when the amnesic state is absent, and Wernicke-Korsakoff syndrome when amnesic symptoms are present with gait and eye movement disorders.

The rarer neurological manifestations can include seizures. Most of those who suffer from SWK are alcoholics, although this syndrome has been seen in other severe malnutrition disorders, including stomach cancer and AIDS.

Generally the administration of intravenous thiamine to patients with WKS results in a rapid improvement of ocular symptoms, but improvements in motor coordination and memory could be minor, depending on how long the symptoms have been present.

Recent evidence of increased activation of immune cells and increased production of free radicals in areas of the brain that are selectively damaged suggests that oxidative stress plays an important role in the neurological pathology of thiamine deficiency.

In what foods do we find vitamin B1?

According to the Mayo Clinic portal, the recommended daily amount of vitamin B1 is 1.2 milligrams for men, while for women it is 1.1 milligrams. As we have mentioned, a deficiency of this vitamin is not very common, as long as we maintain a healthy and varied diet, as it is present in a wide range of recurring foods on our tables. Which are?

On the contrary, chestnuts and peanuts are the ones that least include this vitamin.

Although we should not forget derivatives such as Serrano ham, mortadella, sausages, pâté and stuffed loin, as they have the most interesting quantities.

Similarly, oranges, eggs, potatoes, cauliflower, asparagus and mushrooms, especially mushrooms, also have significant values. However, it is important to bear in mind that the aforementioned foods can see their vitamin quantity reduced when they are heated, as Mayo Clinic points out on its website.

So, why does the brain need thiamine?

Thiamine is responsible for regulating energy production and promotes the functioning of certain body tissues. It directly intervenes in the following body mechanisms:

Finally, vitamin B1 plays a crucial role in neuronal activity, acting as a control molecule, due to its effects on energy regulation and the transmission of nerve signals.

A good diet provides the amount of thiamine necessary for the proper development of the human body, but in cases where it is necessary to supplement the diet, thiamine is usually well tolerated. Doses of 300 mg / day by mouth have been used without problems to treat beriberi or Wernicke-Korsakoff syndrome.

It is difficult to overdose on thiamine, but we still recommend that you speak with your trusted pharmacist before beginning high-dose supplementation on your own.

FAQS: Why does the brain need thiamine?

Why do you need thiamine?

Vitamin B1, or thiamine, allows carbohydrates to be used as energy by the body. It is important for the metabolism of glucose and plays a key role in the function of the nerves, muscles, and heart.

How does thiamine deficiency affect the brain?

A B1 (thiamine) deficiency can cause a potentially fatal brain condition called Wernicke encephalopathy. Confusion, hallucinations, lack of muscle control and vision disorders may be symptoms. Untreated, the disorder can lead to brain injury and death that is permanent.

What does thiamine do for alcoholics?

Thiamine deficiency in the United States is seen in most cases in people who have heavy alcohol use (alcoholism). Excessive alcohol consumption makes it difficult for the body to absorb thiamine from food.

What can lack of thiamine cause?

Can you drink alcohol with thiamine?

In this post we answered the question ‘’Why does the brain need thiamine?’’ We explained what thiamine is, how the body metabolizes it and its role in brain processes.