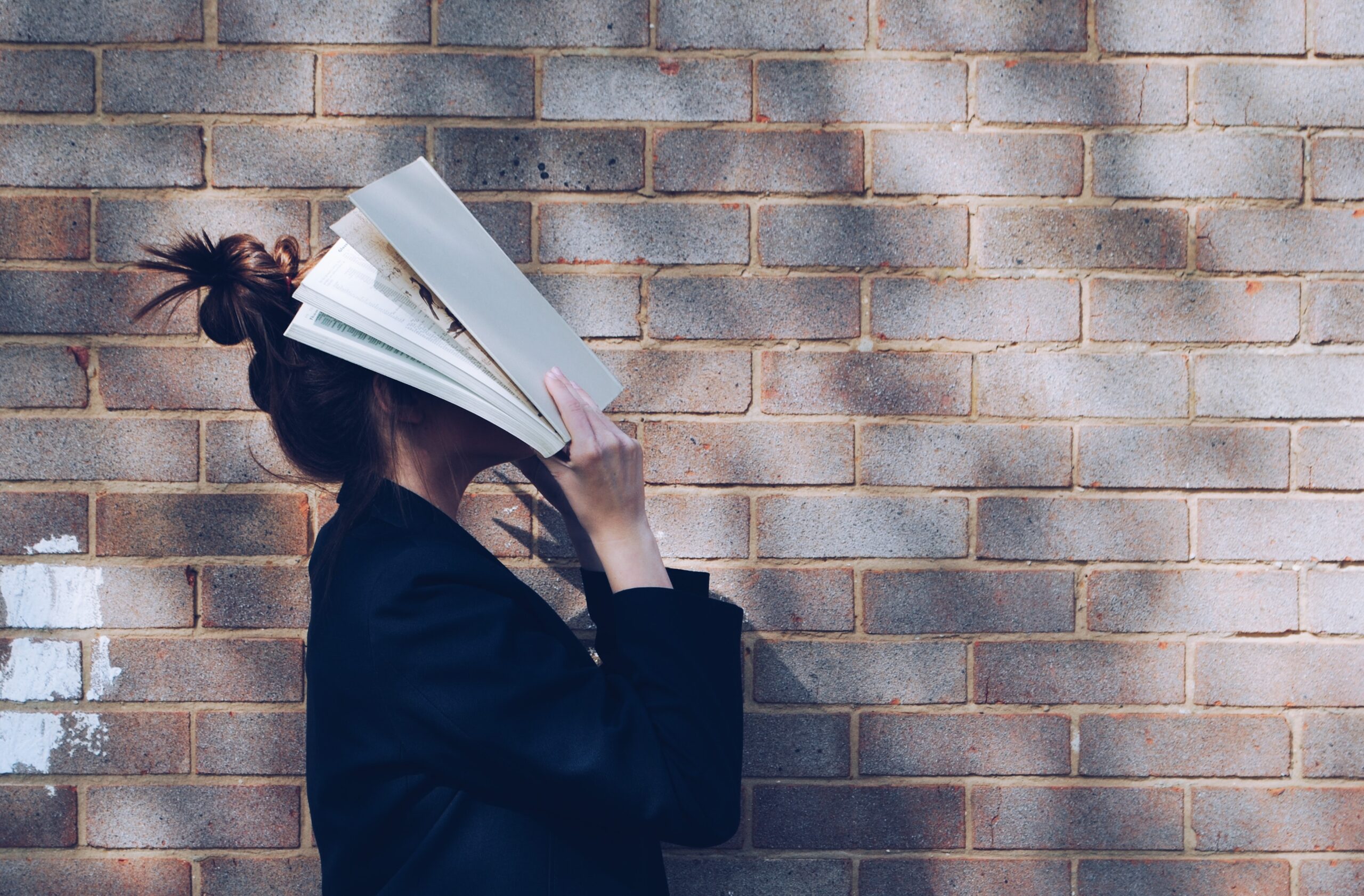 In this post we are going to answer the question ‘’Why does the brain need sleep?’’ We will analyze the activities that the brain performs while you sleep, how many hours of sleep it needs and why it is important to comply with the hours of sleep.

Why does the brain need sleep?

Everybody needs to sleep. There are people who need at least 8 hours a day of sleep, others with 4 or 5 sleep are satisfied. One way or another, the truth is that it is not possible to live without sleep. It is one of the basic needs of the human being, therefore, sleep deprivation can have very adverse effects on our body, even death.

In a few days without sleeping for a single hour our body is very affected. Even sleeping for a few hours has negative effects on us. It can cause problems in the emotional, physical and cognitive sphere.

In addition, the hours of sleep that are lost are not recovered; If one day you have only slept three hours, even if you take a nap, the effects of lack of sleep will still be active, even the nap itself can exacerbate them.

That sleep is totally necessary, of course, but … why? What happens to our brain while we sleep? What would happen if we stopped sleeping? Science has tried to answer all these questions by trying to replicate natural sleep conditions in different laboratories.

Although much remains to be discovered, the following are some of the finds in this area.

What happens to our brains when we sleep?

Before conducting studies that clarified what happens while we sleep, it was tended to believe that during these hours of rest our brain “disconnects”, giving way to a kind of rest in which neural activity practically stopped.

However, it has been shown that this is not the case, that some parts of our brain are still very active at night.

During the different phases of sleep, brain activity changes. The REM phase is the one in which the most activity is detected.

Activity that is recorded by observing brain waves, observing a pattern with parallels to the oscillations that we detect when we analyze the brain activity of an awake person.

On the other hand, in the slow sleep phase, the simultaneous activation of groups of neurons has been detected every 4 seconds, so the brain is also still active.

It has recently been discovered that one of the most important functions of sleep is to enhance learning. The information we learn during the day is processed while we sleep. All unnecessary information that is considered irrelevant is eliminated and strengthens, reinforces and classifies all that information that is important.

In other words, while we are awake, neurons make connections between themselves as a result of our experiences.

If we have burned ourselves with a hot frying pan, in our brain we will associate the concept of a frying pan with the pain of the burn, creating a memory and a response that prevents it from happening to us again. This happens millions of times a day.

Dreams seem to be part of the process, a kind of simulator in which different responses, especially emotional ones, to acquired experiences are rehearsed.

New findings indicate that there is also a “washing” process during the night in which the brain removes neurotoxic byproducts that accumulate during waking hours.

Few people have not suffered, either occasionally or more regularly, insomnia. When we cannot sleep during the night, the next day a great number of symptoms assail us, both emotional and physical, that make the day a constant exercise of survival. The main problems are:

These and some others may be the side effects of a night in which we have not been able to sleep.

But how long can we go without sleep? When can lack of sleep be dangerous? The record is held by Randy Gardner, who voluntarily underwent an experiment in which all he had to do was stay awake, lasting 264 hours (11 days).

Already from the first hours he began to be moody and with concentration problems. After 4 days of the experiment, the first visual hallucinations arose, he even came to believe that he was a famous soccer player.

Although it had no adverse effects once the experiment ended. According to the data obtained from experiments with rats and humans with fatal familial insomnia, the limit would be between 3 and 4 weeks without sleep.

In the words of the neuroscientist Maiken Nedergaard of the University of Rochester “It’s like throwing a party at home. You can have fun with guests or clean up, but you can’t do both at the same time. “

Poor sleep causes the brain to destroy itself

Many people think that getting too little sleep has no major consequences, other than causing a feeling of fatigue that can be quite bearable for some people. However, lack of sleep causes alterations in brain function that are not always easy to detect but are associated with serious long-term problems.

A recent study that has been carried out at the Polytechnic University of Marche, in Italy, provides relevant information on this fact.

According to the authors, poor sleep can cause a substance called glia to “eat away” healthy neural connections (called “synapses”), affecting neural connectivity and increasing the risk of developing neurological disorders such as dementia.

The glia is made up of cells of the nervous system called glial cells that normally make sure everything works as it should, but certain alterations seem to modify its behavior.

In order to understand the discoveries made by this research, it is necessary to be clear about the functions of glial cells in the nervous system. The study focuses specifically on the role of two of them: astrocytes and microglia.

Glial cells or neuroglia are specialized in providing support to neurons, which are very efficient in neuronal transmission but highly limited in other ways.

Different types of glia provide a solid structure to neurons, accelerate synaptic connections and maintain the balance of the extracellular environment of the nervous system.

Astrocytes are a type of glia that is located in the central nervous system, that is, in the brain and spinal cord. In addition to being part of the blood-brain barrier that nourishes and protects neurons, the astroglia eliminates unnecessary synapses to promote the regeneration of damaged tissues.

Microglial cells or microglia are also located in the central nervous system. They are considered part of the immune system because of their ability to engulf (“eat”) waste products and damaged cells, which is very important in protecting the body from pathogens, infections, and other threats.

The study by Bellesi et al.

The research team at the Polytechnic University of Marche, led by Michele Bellesi, studied the effects of lack of sleep in mice by comparing the brains of three sets of experimental subjects using three-dimensional measurement and representation techniques.

The rodents in one of the groups were able to sleep freely. Those in the second had been kept awake for 8 hours when they needed to sleep, while those in the third were deprived of sleep for a period of 5 days. The latter group had the goal of simulating chronic sleep deprivation.

The study focused on analyzing the differences in glial cell activity based on the degree of sleep deprivation, particularly that of astrocytes and microglia, which Bellesi’s team and other research groups had previously linked to brain degeneration.

The researchers found that the intensity of phagocytosis increased with that of the sleep deficit. Thus, while astrocytes were active in 6% of the synapses of the mice that had been able to sleep, they were active in 7% in the mice with a mild deprivation and in 13.5% in the group with a lack of chronic sleep

On the other hand, Bellesi and her collaborators also identified an increase in the activity of the microglia.

This may be even more relevant than phagocytosis carried out by astrocytes, since the excess microglial function is related to the development of neurodegenerative diseases, as we will explain later.

Implications of the findings

In a synthetic way, the results of this study suggest that the activity of certain glial cells is intensified in conditions of sleep deprivation. These data in turn connect to the known fact that over-acting astrocytes or microglia can cause long-term damage to the brain.

In the case of astrocytes, Bellesi’s team found that poor sleep can cause them to engulf portions of healthy synapses as well as irrelevant connections and waste products. This leads to a worsening in neuronal transmission that would become more marked the longer the sleep deficit is maintained.

The excessive activity of the microglia has been linked to neurodegenerative diseases such as Alzheimer’s dementia.

This seems to be due to the fact that the inflammatory responses elicited by this glial cell predispose to the development of greater damage if they are maintained for too long.

These effects not only impact people on a physical level, but also on an emotional level. So the price of poor sleep can be quite high.

How are you going to sleep tonight? After knowing these effects, it might be a good time to reconsider your rest habits and propose to go to sleep earlier this time.

FAQS: Why does the brain need sleep?

What happens to your brain when you don’t get enough sleep?

Not sleeping overnight can lead to loss of brain tissue, as blood levels of brain molecules rise, which can lead to serious brain damage.

Why do we need sleep?

Sleep gives the body a rest and allows it to prepare for the next day and even solve problems.

Can your brain go to sleep?

The brain while you sleep continues to collect information constantly, although you are not aware of it.

How many hours of sleep does the brain need to function?

You need 7 to 8 hours of sleep to improve your brain health.

Is 3 hours of sleep enough?

It is not enough, but you can survive by sleeping only 3 hours. Ideally, sleep at least 6 hours.

In this post we answered the question ‘’Why does the brain need sleep?’’ We analyzed the activities that the brain performs while you sleep, how many hours of sleep it needs and why it is important to comply with the hours of sleep.