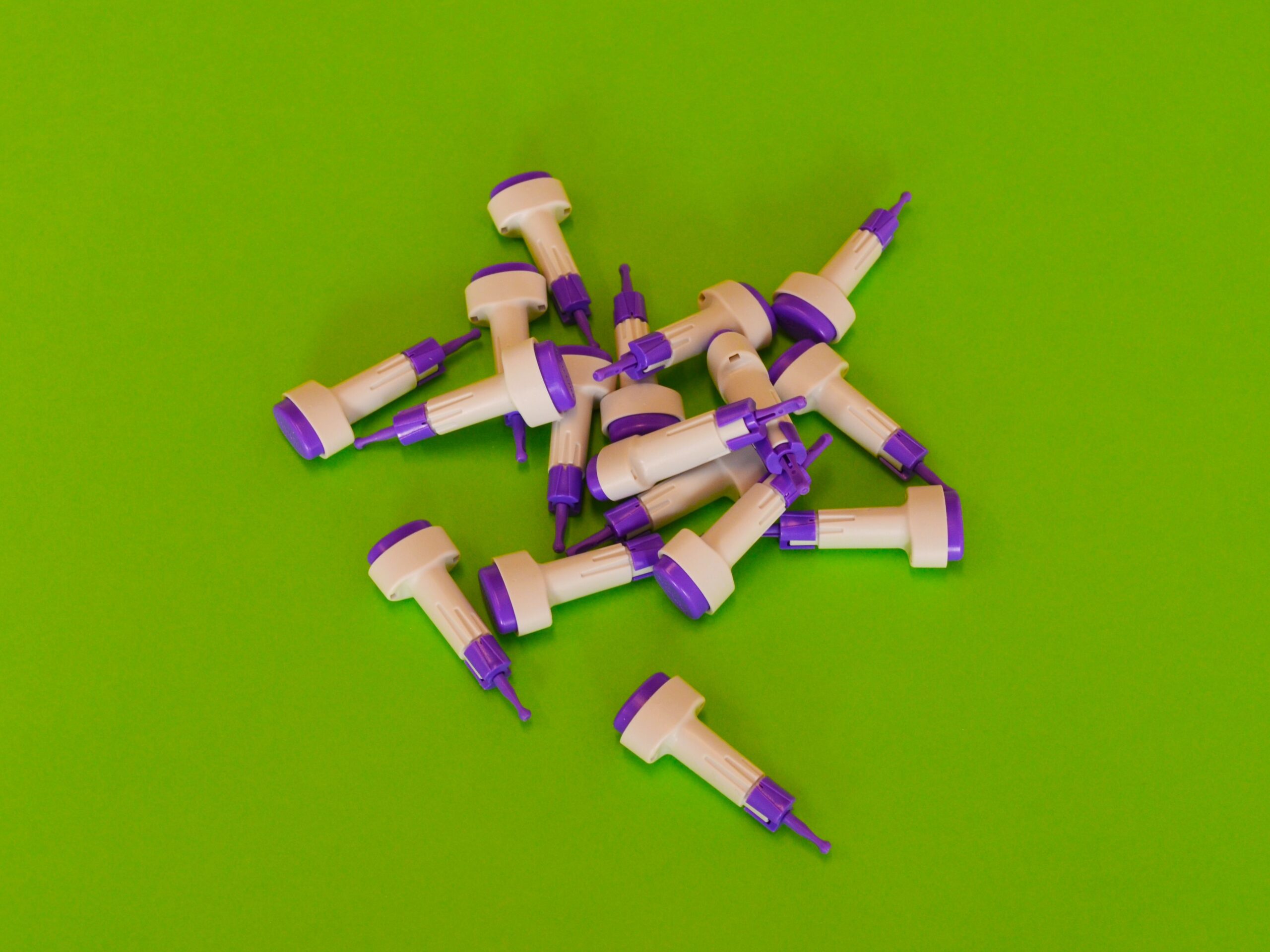 In this post we are going to answer the question ‘’Why does the brain need glucose?’’ We will describe the important role of glucose for brain function, how the brain metabolizes glucose and what level of glucose is needed in our body.

Why does the brain need glucose?

Our brain is one of the most complex organs of the human body and one of which there is still much to discover; however, what is known is that to function properly it requires the blood to supply oxygen and glucose.

This monosaccharide can be classified as a form or type of sugar, which is present in many foods such as fruits and honey. In fact, it is the organic compound with the greatest presence in nature.

In the right amount, it is capable of supplying energy to all the muscles of the body, and especially to the most important organ: the brain. However, a low glucose level can cause hypoglycemic problems that can lead to states of physical and mental fatigue, weakness and dizziness.

To keep it at the proper levels, it is best to maintain a balanced diet and exercise frequently.

To get a better idea of its importance in our body, especially in the brain, here are some of the reasons why the brain needs it.

1. Glucose provides energy to the brain

Although the human brain weighs approximately 1.5 kilograms and represents only 2% of the total weight of our body, the amount of energy it requires to be able to optimally perform the various physiological functions is incredible, which is why it consumes around the 20% of the energy produced by glucose.

The brain consumes 5.6 milligrams of glucose per 100 g of brain tissue per minute.

To be able to imagine the amount of glucose that the brain uses: if an apple contains 25 g of carbohydrates, it would be necessary to consume an apple every 4 hours on average so that the brain can have a sufficient supply of glucose.

2. The glucose deficit in the brain could be the cause of neurodegenerative diseases

A study by the Lewis Katz School of Medicine at Temple University, Philadelphia, United States, indicates that glucose deficiency could be the cause of cognitive decline and, therefore, would be related to memory loss in Alzheimer’s, for example. In fact, one of the signs in its early stage indicates a clear reduction in brain glucose metabolism.

Furthermore, other diseases such as obesity and type 2 diabetes tend to be related to cognitive deterioration and Alzheimer’s progression: “glucose deficiency and lower insulin sensitivity produce a series of alterations in the brain that are very similar to Alzheimer’s”

Faced with a drop in glucose levels, the brain activates a series of signals that we perceive with symptoms such as: blurred vision, irritability, anxiety, sweating, drowsiness, weakness, dizziness, etc.

In other words, the brain sends an SOS to request that this lack of glucose be corrected by ingesting the foods that provide it.

If, after these signs, the low glucose continues, it is very possible that much more serious effects will occur, such as seizures, fainting or even causing a coma. When these states are prolonged, they lead to neuronal death.

The most common cause of the brain running out of glucose is a stroke. When a clot forms in the middle cerebral artery, for example, the affected person can become incapacitated.

What happens with glucose?

When we eat, the pancreas releases insulin so that the blood glucose is absorbed by the different tissues. In patients with type 1 diabetes, insulin is not produced, so they need to be administered continuously to lower the elevated glucose level; This action often triggers periods of hypoglycemia, especially after several hours without eating.

In healthy people, hypoglycemia is corrected thanks to an adaptive response that consists of the release of hormones such as glucagon and norepinephrine, which stimulate glucose production in the liver.

This response is impaired in type 1 diabetic patients, who cannot recognize the symptoms of hypoglycemia until glucose reaches a very low level in the blood.

They are then at risk of severe hypoglycemia that requires transfer to an emergency room for glucose to be administered orally or intravenously.

When hypoglycemia is not very severe, it can be corrected with the consumption of carbohydrates.

That is why it is recommended that those with type 1 diabetes always carry a snack with them, do not skip any of their meals and eat a snack before bed to avoid nighttime hypoglycemia.

If the glucose level is below 50 milligrams per deciliter (mg / dl) of blood, the brain will not function properly and there will be faults in cognition and abnormal behaviors; and if this insufficiency is prolonged or decreased further, the person may suffer seizures and then fall into a hypoglycemic coma that, if not resolved in a timely manner, will cause neuronal death.

The normal level of glucose ranges between 70 and 100 mg / dl; when it is lower it can be spoken of hypoglycemia. In non-diabetic people, hypoglycemia is rare because the body has a control mechanism: when it is below 90 mg / dl, insulin secretion decreases so that the monosaccharide returns to its normal level.

In contrast, in patients with type 1 diabetes who take insulin or take hypoglycemic medications, hypoglycemic episodes are more common than you think.

Severe hypoglycemia occurs when the glucose level is below 50 mg / dl. And if it continues to decrease, the chances of the person falling into a hypoglycemic coma increase.

What our brain asks of us

For the brain to function properly, minerals such as phosphorus and zinc -essential for memory and a better synaptic connection-, magnesium -to maintain an active and healthy brain-, and vitamins B6 and B12 -which help to synthesize dopamine, serotonin, epinephrine, metabolize proteins and improve cerebral blood flow.

But, other nutrients are also essential.

The brain needs carbohydrates to obtain glucose and stimulate the production of insulin, which helps us produce amino acids such as tryptophan, essential for reducing stress levels.

Sugar is one of the main carbohydrates, in addition to foods such as oats, whole grains, legumes, wheat, olive oil or peas.

So if sugar is essential for many of the brain functions, what happens when we deprive it of it?

The consequences of not taking it

In some studies with rats, in which they were given a sugar solution and then withdrawn, it was observed that when they were deprived of sugar they experienced tremors, head shaking or at the motor level, a significant decrease in mobility was observed.

While those carried out with humans show that glucose drops can impair attention, memory and learning, and that their administration can improve these aspects of cognitive function.

The brain also consumes more glucose during intense mental tasks and therefore it is important to maintain an optimal level of glucose in the blood for good cognitive function, which is achieved by eating regularly.

Sugar, a pleasure or an addictive drug

Many times, when we are depressed our body asks us for some sugar and when we savor a small bite of some sweet delicacy, we experience a sensation of pleasure.

Shortly after consuming sugar, it gives us pleasure, since dopamine begins to be released in large doses and subcortical brain nuclei are activated.

Among them is the nucleus acumbens, it is located in the central part and together with the olfactory bulb are part of the so-called basal ganglia, where dopamine is manufactured. This core is believed to play an important role in reward, laughter, pleasure, addiction, and fear.

But what if it becomes an addiction? There is always talk of the dangers of consuming it in excess and that it can be just as addictive as other harmful substances.

Brain neuroimaging tests show that addicts of all kinds have fewer dopamine receptors in their brains, so their transmission between neurons is not very intense. Sugar addicts have a receptor configuration similar to those addicted to tobacco, alcohol and / or cocaine.

Dopamine is a chemical substance, a neurotransmitter that mediates various functions: motor, cognitive and behavioral, as well as the sensation of pleasure that comes from receiving a reward.

For those addicted to some substance, this dopamine spike only comes in anticipation of the reward, rather than with the actual reward itself. Later, once it is achieved, the effects are weak and each time a higher dose is needed.

Therefore, if we stop sugar, we may experience a withdrawal syndrome. However, the expert concludes, our body will be able to obtain energy from fat, preventing its accumulation and promoting our health.

It is important that the brain has glucose, because it is the essential fuel for this vital organ to work properly

All the food we consume, regardless of its origin, is converted into glucose by our body to be used as a source of energy. Imagine a roller coaster with ups and downs, this is how glucose levels could be represented throughout the day, after consuming food. The ideal for anyone is to keep glucose levels stable and avoid drastic changes to promote health and prevent disease.

The brain is dependent on the supply of glucose, and when it is interrupted by the presence of a clot, or if the blood glucose concentration is decreased by the administration of insulin, selective neuronal death occurs.

FAQS: Why does the brain need glucose?

Why does the brain only use glucose?

Fatty acids do not act as brain power, since they are bound to plasma albumin, so they do not cross the blood-brain barrier.

Does the brain need glucose?

Yes, the brain needs glucose since is the sole fuel for the human brain.

What happens when the brain does not get enough glucose

Faced with a drop in glucose levels, the brain activates a series of signals that we perceive with symptoms such as: blurred vision, irritability, anxiety, sweating, drowsiness, weakness, dizziness, etc.

Where does the brain get glucose from?

In addition to obtaining it through food, our body can synthesize it from glycogen, a polysaccharide stored in the liver and, to a lesser extent, in the muscles.

Does the brain prefer ketones or glucose?

The brain normally runs on glucose as its only fuel. During starvation glucose is not available and therefore the brain develops the ability to use an alternative fuel: ketones.

In this post we answered the question ‘’Why does the brain need glucose?’’ We described the important role of glucose for brain function, how the brain metabolizes glucose and what level of glucose is needed in our body.

Mergenthaler P, Lindauer U, Dienel GA, Meisel A: “Sugar for the brain: the role of glucose in physiological and pathological brain function. Trends Neurosci. 2013 Oct;36(10):587-97.