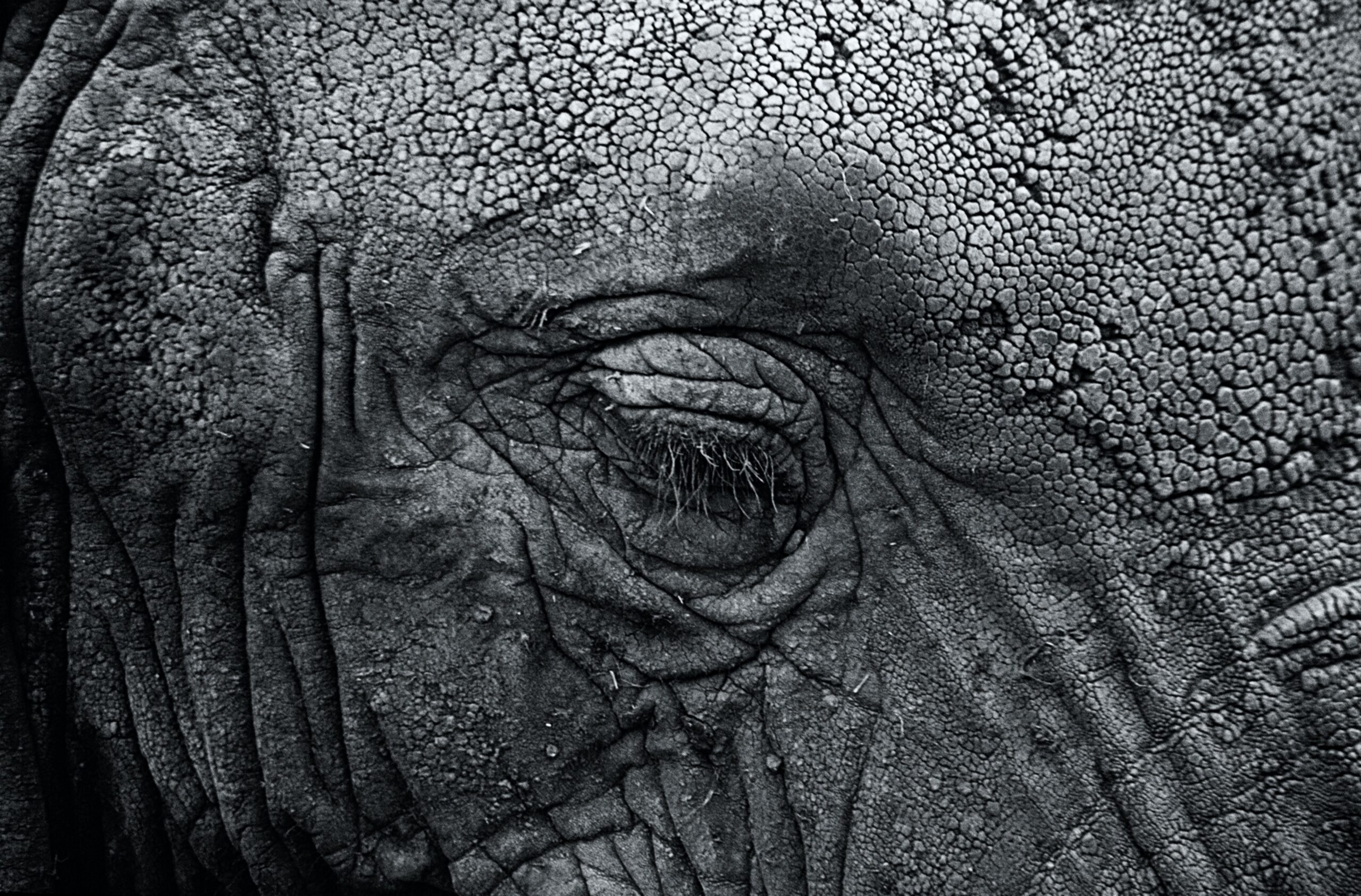 Throughout the history of humanity we have wanted to be knowledgeable about the brain and each of its parts. Know what function each of its regions is in charge of and know even its most remote place.

Today we want to continue looking for answers and the question we ask ourselves in this article is the following: Why does the brain have wrinkles? We will find out why the brain looks so strange and why its folds are so important.

Why does the brain have wrinkles?

The brain has wrinkles because neurons that don’t specialize gather on the surface of the brain.

Judging from the zoological scale, the relationship between neurons and learning ability is linear. The larger the brain surface, that is, the larger the cerebral cortex, the better the learning. The human being has the maximum surface area and his brain is wrinkled thanks to the cerebral convolutions. In this way, you can have a large area in a small space.

Animals without convolutions are called lysencephalics and have little chance of learning, whereas animals called gyrecephalics, endowed with convolutions, can learn more easily. The human being is the most gyrecephalic; its brain is wrinkled, more than that of any other species, followed by anthropoid monkeys.

When we talk about the brain, one of the most typical comparisons made is that it resembles the shape of a walnut, since it has a wrinkled shape.

These wrinkles so characteristic of the organ are due to the fact that the surface of the organ is folded on itself, allowing it to fit better. However, apart from this, what are the brain folds for? Do they have something to do with intelligence? Let’s see it next.

The human brain, limited by the bone box that protects it, has managed to grow throughout evolution thanks to the ability of the cerebral cortex, the part that performs higher functions, to fold.

In this way, it has acquired a surface three times greater than it would have if it were smooth, which means more space to carry out thought, planning or perception. But how do you manage to fold into grooves until you get that “wrinkled” look?

The folding of the cerebral cortex does not occur in all mammalian species. It is limited to those with large brains, such as whales, dolphins, dogs, ferrets, and primates. Mice and rats, for example, have smooth brains.

By studying the differences between the two types of brains, the scientists came up with key proteins, a finding published in the journal Cell.

During brain development, neurons travel from the place where they are born (in the vicinity of the ventricles, located inside the brain) to the outermost area, the cortex, traveling great distances.

In smooth-brained animals, such as mice, cell surface adhesion proteins called FLRT regulate these neuronal migrations, providing adhesion between nerve cells, which line up to form a smooth surface.

Why does the brain have wrinkles?

According to Lisa Ronan, a researcher at the Department of Psychiatry at the University of Cambridge, in England, our brains are wrinkled because the cerebral cortex or the outer surface of the brain, what is commonly called gray matter, expands and then folds during the process of brain development during pregnancy.

Thus, when the brain expands, pressure increases on the outer surface, which is mitigated by the folding of the tissue. To see it more clearly, imagine that we exert pressure on either end of a piece of rubber, at some point, the surface will fold in reaction to the increase in pressure.

We can also see it in the field of Geology, if two tectonic plates collide with each other, the pressure derived from the collision reaches an intensity such that the plates end up forming a geological fold.

On the other hand, following Ronan, the folds of the brain allow more neurons to be packed, which means that, as you have more folds, the more advanced the brain will be and you will have more cognitive abilities.

However, this is not a general rule of thumb, as most animal brains lack folds. For example, the cerebral cortex of mice and rats does not expand as much during development, so the surface of their brains is completely smooth.

In this sense, the most common is that the folding occurs in species with larger brains. Although Ronan argues that this is not always the case, as large mammals, such as manatees, have been observed to have fewer folds than expected according to the size of their brain.

There is a reason for this, and that is that the formation of the brain folds depends on factors other than the growth of the cortex, such as the physical properties of certain parts of the cortex.

Thus, it has been observed that the thinner regions of the brain bend more easily. In particular, Ronan states:

“We are born with a wrinkled brain; but, an interesting aspect of this is that the brain folds into specific patterns, demonstrating certain consistencies that indicate that the folding has a meaning”.

In this way, it is suggested that physical properties and unique folding patterns according to brain regions are related to their functions. In fact, it’s not so much about the size, but about the functioning of the cortex.

For example, elephants have larger and more wrinkled brains than humans, yet it is the latter that lead the evolutionary peak.

In this way, it is concluded that the function of our cerebral cortex is more advanced, at least in some aspects, despite the fact that the brain of elephants is more wrinkled.

Finally, the researcher suggests that part of the usefulness of these wrinkles is that they allow us to contain more brain cells in the reduced space that the skull allows us.

The brain is wrinkled, how does it get it?

The magnificent scale of the cerebral cortex and its folds, evident as bumps and furrows on its outer surface, is one of the most important characteristics of our cortex. Most animals with a large brain have a folded cortex, as we have mentioned, whereas most species with a tiny brain have a flat cortex, without folding.

The cerebral cortex is a laminar tissue where neurons converge at the surface and much of the cable that connects neurons between areas of the brain is contained in the bottom or inner portion.

In large brains, this layer of neural tissue that covers the outside of the brain is disproportionately larger than the deep brain structures it covers, and instead of assuming a balloon-shaped conformation, it folds back on itself, minimizing overall volume of the brain and skull.

It has been shown that the basal radial glia (bRG), regulated by intrinsic and extrinsic factors, plays a fundamental role in the tangential expansion of the cerebral cortex.

Thus, bRG is an essential requirement, although not sufficient, to generate a cortex with gyrations, since it provides new radial processes by which neurons migrate radially, thus spreading tangentially and expanding the cerebral cortex.

Brains slightly wrinkled or with too many wrinkles?

The wrinkles present in the human brain are balanced considering the size and thickness of the cerebral cortex, but there are certain conditions in which these grooves and gyros are not arranged as they should.

Those who suffer from polymicrogyria, a genetic condition, have a brain with excess folds given by shallow furrows. This causes psychomotor retardation, neuronal damage and epilepsy.

Another condition in Pachygyria, characterized by excessively thick folds. This congenital malformation causes delays in development, seizures and a shorter life expectancy.

Are there brains without wrinkles?

It is interesting to mention that in nature, most brains are smooth. In general, animals with large brains such as dolphins or elephants have wrinkled brain cortices, while animals with small brains such as rabbits or rats have small, smooth brains.

In humans, a smooth or lissencephalic brain is the product of a malformation caused by defects in embryonic development. This study, carried out by researchers at Harvard, is valuable in understanding how the brain develops and what happens when it does not develop properly, leading to brain disorders.

Lissencephaly is a group of disorders characterized by a smoothing of regions of the brain in which there are usually folds and clefts. These malformations frequently cause alterations in the development of the nervous system and therefore of the cognitive and psychomotor functions.

During intrauterine development, the cerebral cortex folds back on itself in many places. This allows the volume of nerve tissue that fits inside the skull to be much greater than if the surface of the brain were completely smooth.

However, in cases of lissencephaly the grooves and folds of the brain are not formed correctly so that this organ shows a homogeneous appearance. The intensity of this smoothing can vary in each individual, depending on the causes of the alteration.

It is a very rare disorder that can have significant consequences for physical and mental development. In the most severe cases, intellectual functioning is severely affected, while in others the deficits may be minimal.

Life expectancy is around 10 years. The most common causes of death are asphyxia by choking, diseases of the respiratory system, and epileptic seizures, which can be very serious.

FAQS: Why does the brain have wrinkles?

Why is the wrinkle of the brain so important?

Because a large brain needs more space, one explanation for why wrinkles exist is that the folds allow the surface area of the cerebral cortex to increase within a confined space such as the skull, and that allows more to be created. neural networks that give rise to cognitive abilities.

Why is the brain so folded?

It is believed that part of the wrinkles are created by a rapid and differentiated growth of the cerebral cortex, in which the gray matter grows faster than the white, thus forming the folds so as not to be limited.

Does a wrinkles brain smarter?

Why does the brain have ridges and grooves?

Circumvolutions and sulci are very important features of the central nervous system. Folding of the cerebral cortex creates these ridges and grooves that serve to separate regions of the brain and increase cognitive ability.

What does a wrinkly brain mean?

The main reason why the human brain is wrinkled is that folding in on itself allows it to gain some space. The brain folds are what are called, more appropriately, convolutions, while the furrows or fissures are the depressions between these wrinkles.

Today we wanted to continue looking for answers and the question we asked ourselves in this article is the following: Why does the brain have wrinkles? We found out why the brain looks so strange and why its folds are so important.