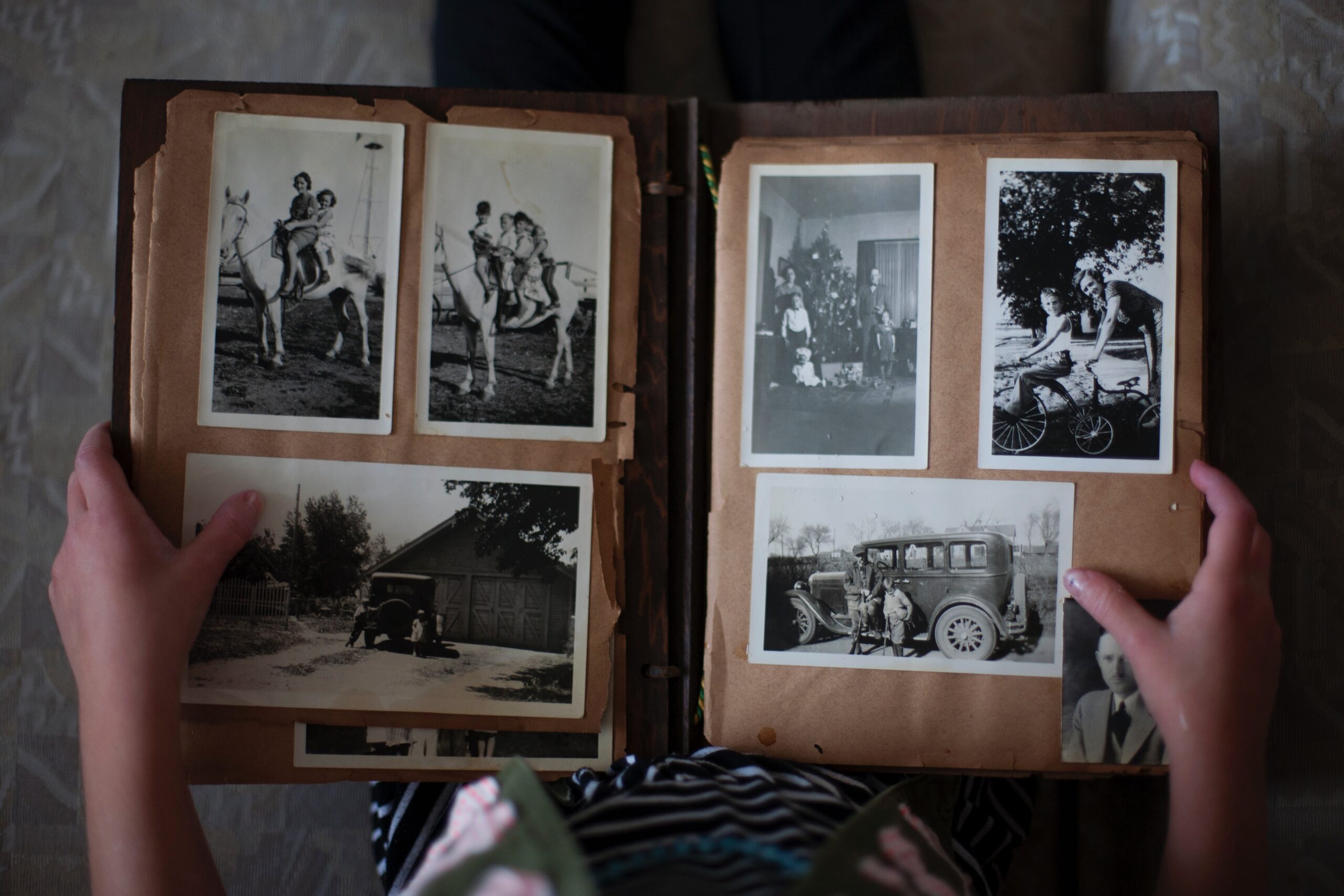 Human memory is very complex and, when it works well, it allows us to do a lot of things. But the truth is that it is not infallible. Ever hear you talk about false memories? These are narratives of events that the person believes to be true, either because of what they lived through or was exposed to, but that never actually occurred.

A false memory is not a lie; whoever counts a false memory as true believes that they are telling the truth. Not for nothing hundreds of people end up in jail for witnesses who were betrayed by their memories, or narrate an event in a different way than what happened, as a way to protect themselves from trauma.

Why does the brain create false memories?

The memories that are recorded in our mind are not always true. How is that? Because you can be saving images that you saw in a photograph or in a movie, what they have told you about something that happened and even what you imagined from a story or episode.

The mind not only makes us evoke what we have lived, but also what we think we have experienced.

When a person stores any type of memory, it is affected by emotions, which can be positive or negative, and by thoughts.

It is for this reason that in the same situation two people can remember different things, according to their points of view, what they felt and what they thought at that time.

You can take the test and ask your parents how their wedding day was, for example, and you will realize that although there are memories in common, there are also others that have nothing to do with each other, as if they had married in another place or time.

When a certain event occurs, the brain receives a lot of information, which comes from the five senses: hearing, taste, smell, touch and sight.

The data that come to mind is not complete, because what we call a “first filter” is produced, that is, the information that can be stored is separated from that that cannot. But what does the brain rely on to make this differentiation? In what is considered essential and can be used for the future and what is disposable or will not be useful later. Is it subjective, right? Of course yes.

Then, once that first barrier is passed, the information is saved incompletely, like a puzzle with missing pieces. But, as the brain is very detailed, it places parts of other memories to finish assembling the picture or fills in the empty spaces with invented information. Which results in a somewhat distorted image, with pieces that do not fit completely.

Furthermore, depending on a series of conditions such as emotions, the same event can be remembered in one way or another.

Returning to the example of your parents’ wedding, the story will not be the same if they are together, if they have been divorced or if one of them has died. It all depends on what emotion governs us when filling in the gaps or missing pieces in the mental puzzle of memories.

Thus, faced with the same situation, various experiences can be experienced, as is popularly said “depending on the glass with which you look at it.” Every time we think of that memory, we may recount or imagine it differently, because there will be other internal and external elements at play.

What is a false memory?

Human memory uses a semantic process when it comes to forming memories and, to store them in our brain; it uses language a lot, associating words or facts with others that it knows previously.

This form of association allows us to remember names, dates and conversations, but language can also deceive us, making an incorrect association that is implanted as memory.

It is possible that an event that has been narrated to us over and over again becomes a personal memory, just as if we had been there, since the brain associated it with another true memory.

As we receive more and more stimuli, the brain becomes overloaded and the association process begins to betray us, creating false memories. False memories can also be created as a form of defense against a traumatic event, as a way to replace a memory that scares or marks us in a negative way.

The answer is that we can all create a false memory and store it in our brain, believing it to be true, but there are people who are more likely to have a false memory.

Adults form false memories much more easily than children, and those who are known for having excellent memories are less likely to create false memories.

The adult brain has already formed a large number of connections between people, events, words, moments, etc. For this reason, the system it uses to save new memories is highly automated and, in the face of misleading or incomplete information, it can form a false memory by association.

Is it possible to implant false memories? Research

In the field of expert psychology there is a very important problem in relation to the memories and statements of the witnesses. Some people who said a thing in court did so because they were under pressure or because the shock caused by being present at something unpleasant blocked their ability to discern between what was true and what was false.

One of the measures that are carried out to avoid changes in the statements is to have the witness go to the scene of the events or interview him in person and not in front of everyone in court.

But is it possible to implant false memories? There are several experiments that indicate that this is possible. The extent to which our memory is vulnerable to feelings, emotions and “external suggestions” to modify memories has been studied.

The “mall technique”, an investigation carried out in the 1990s, for example, summoned several people to read memories of their childhood, according to stories that close relatives had prepared. But one of these accounts was false: it indicated that at the age of 5, the person had gotten lost in the mall.

When the participants were asked to recount those events and try to remember the situations, 25% indicated that they could remember what happened at the mall and even give details about that day.

In this experiment, several questions are combined, such as the fact of believing in relatives or considering that it is impossible to remember what was done at 5 years of age. But, it is also true that the brain had the ability to fill in the gaps that were missing in memory with feelings that could be felt when getting lost in a shopping center.

There is no doubt that our brain is really fascinating and has many capacities. It is even possible to remember things that never happened through your tireless work.

Australian researchers have conducted a study in which, through behavioral, molecular and computational techniques, they suggest that the brain can update misformed memories with incorrect information, leading to the creation of false memory.

This is one of the first comprehensive descriptions of malformed memories and may provide a framework for exploring different therapeutic approaches to fear, memory, and anxiety disorders. It may also have implications for the accuracy of the testimony of some witnesses.

Study leader Professor Bryce Vissel of the Center for Neuroscience and Regenerative Medicine at Australia’s Sydney University of Technology describes that his researchers used novel behavioral, molecular and computer methods to analyze memories which have not been fully developed and how they are processed by the brain.

“For memories to be useful, they must be well formed during an event, that is, they must accurately reflect what really happened,” he says.

“However, in the real world it is likely that many memories are inaccurate, especially in situations where the experience was brief, sudden or very emotional, as can often happen during trauma,” he continues.

“Inaccurate memories can also occur when memory is poorly encoded, potentially as a result of subtle differences in the way each person processes memory or due to diseases such as Alzheimer’s or dementia.”

Lead author Dr. Raphael Zinn notes that these findings “are exciting because they show that memory update mechanisms that are activated after recall can refine and enhance memories. Surprisingly, we found that the same process can, in some circumstances, lead to an incorrect update of memory, he adds.

‘’We also identified a molecular mechanism, called reconsolidation, that could be mediating this process’’, he concluded.

The authors point out, in the study published in the scientific journal ‘Current Biology’, that although these findings come from studies in mice, it is likely that this research can be applied to animals with developed brains, such as other mammals and humans.

They could also be related to dementias, where the main memory-related problem is an apparent inability to form accurate new memories.

In the study published in the scientific journal ‘Current Biology,’ the authors point out that while these results come from experiments in mice, this research is likely to be applicable to animals with developed brains, such as other mammals and humans.

“Why is memory fallible? Our study suggests that when an individual forms a poor memory, the brain reactivates the memory in a similar situation and then updates it,” says Zinn in statements collected by Neuroscience News.

And you, did you ever discover a false memory?

FAQS: Why does the brain create false memories?

Can your brain make up false memories?

Yes, the brain can create false memories. Memories can be distorted.

What are the causes of false memories?

What is it called when your brain makes up false memories?

Confabulation is a memory error which is described as the creation of memories that are invented, distorted, or misunderstood.

Why are false memories dangerous?

False accusations: There are open questions that retrieve exact but not very detailed information, and closed questions, which are very dangerous since they can induce erroneous information that is incorporated into the memory, therefore, they will skew the statement.

Why am I remembering things that never happened?

The product of a kind of shorthand that uses your brain to efficiently store memories is false memories. By false memories, it means things that have happened and never actually happened, that we clearly recall.