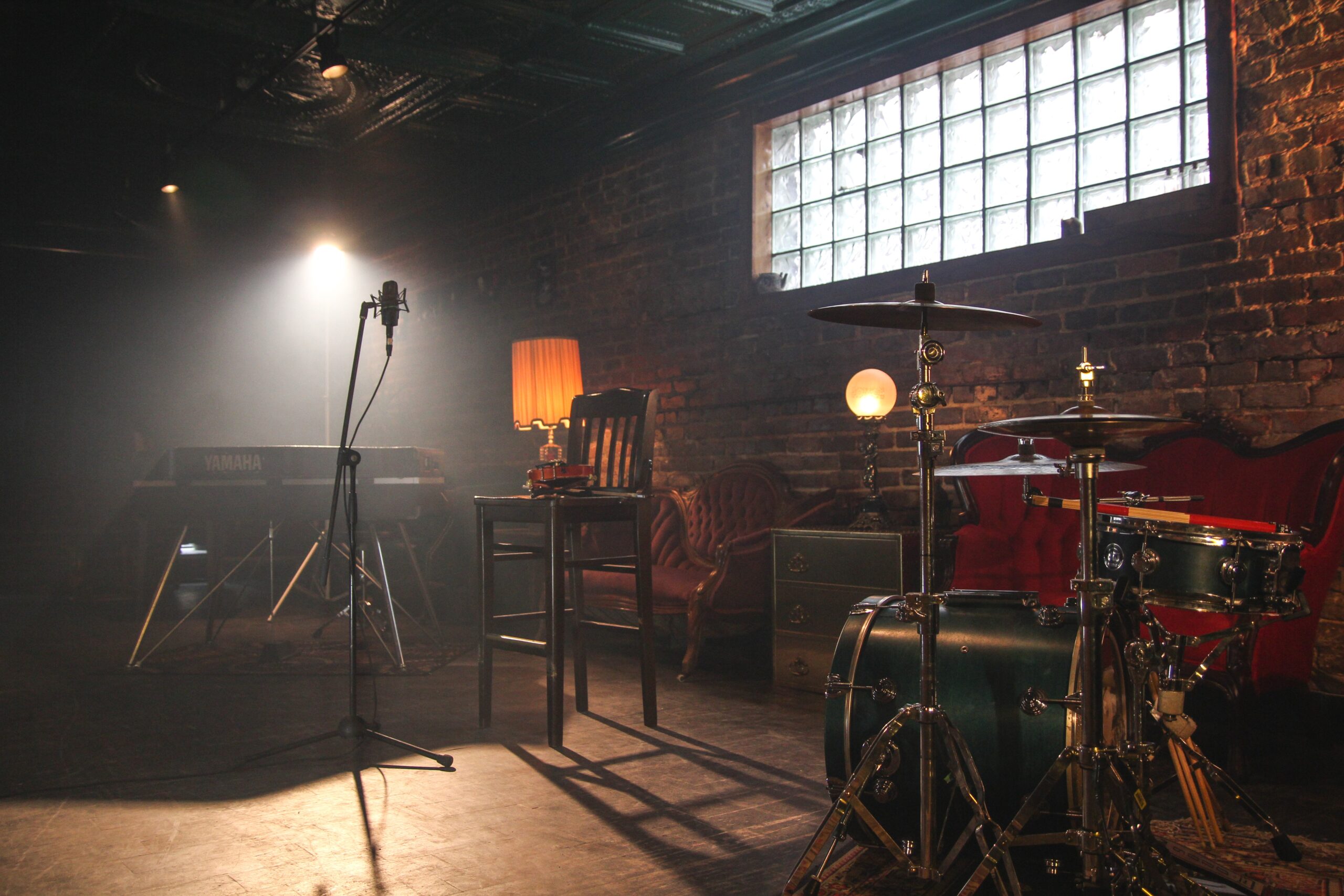 It is customary to assert that it is the brain right hemisphere which helps you with music. This remains relatively true because more and more convergent evidence points to an important role for the left hemisphere as well.

Traditionally the right brain is conceived as that involved in creativity, emotions, and holistic thinking, whereas the left brain is conceived as analytical, logical, and focused on details. Popular expressions are that you are a right-brained person when you are emotional, and a left-brained one when you are rationally thinking and with a cold mind. While this was an attractive and sound theory, research has shown things to be more complex and therefore, more interesting.

According to this traditional view, music would be processed in the right hemisphere, since in general, it is an emotionally charged activity. But as you will learn below, that is not exactly the case.

The key concept is that most complex functions and actions, such as playing or listening to music, are composed of elemental features. These elementary processes are dispersed along both brain sides, and it is the composite effect that allows the completion of the whole function.

Suppose you are asked to accompany a singer in your guitar in a song that you have not rehearsed. He has already begun to sing; you have to learn fast which is his musical scale, pitch, rhythm, and speed, verify whether you know the song, take the guitar, make the proper placement of your hands, start playing, follow his rhythm, be ready for unexpected turns, etc. Not a single part of your brain on any side can accomplish this in such a short time.

The immediate effects of music in the brain

Listening to music initially activates an organized sequence of brains structures, as follows:

And if you will perform music, three key structures will turn on:

But all these effects do not inform us about the specific brain side which is involved in different musical tasks.


The long term effects of music in the brain

Along with the many brain areas that may differ between musicians and non-musicians, the Planum Temporale occupies a prominent position. It is a triangular structure in the temporal lobe, just behind the auditory cortex in both hemispheres.

What does the Planum Temporale have to do with music processing? People who have a “perfect or absolute pitch”, that is the ability to instantly identify or sing a given note, have a greater asymmetry between the left and right Planum Temporale. Such asymmetry is due to a smaller size of the right structure, rather than to a larger left one.

Why is so important the Planum Temporale for music appreciation? Because this structure forms the core of the Wernicke area, which is a brain area highly specialized in the interpretation of language, particularly the listened language. Spoken language and music share numerous formal and emotional features, hence, it is not surprising that both functions share similar critical brain areas.

People who are trained in music from their early childhood (around the age of 7) have stronger connections between the two sides of the brain because they have a larger corpus callosum that non musically trained people.

So, while is now clear that it is the left side of the brain which helps with music, researchers continue to improve our understanding of this topic. Gaser and Schlaug (2003) using high-resolution anatomical magnetic resonance, studied the brain morphology of 20 highly talented musicians and 40 control subjects and found that musicians have more grey matter in the following brain areas of both sides: visual, auditory, and motor.

A high-impact study conducted by Dr. Steven Small from the University of Chicago assessed brain magnetic resonance imagens from talented violinists and people with no music training. To properly understand the results, you must keep in mind that the movements of the right hand are coordinated by the left hemisphere and the movements of the left hand are organized in the right hemisphere.

In violinists, activation of the left hemisphere preceded the movement of the fingers from the left hand, and this was not observed in the non-musician group. These results mean that in the musicians, the brain activity is broader than in non-musicians. This may underlie the high motor efficiency and coordination in musically trained people. High-level violinists have wider cortical areas in the parietal lobe that receive sensory inputs from the second to fifth fingers of the left hand than in the same parietal areas that receive inputs from the right hand. It must be kept in mind that when playing the violin, it is the left hand that has a higher demand in very specialized movements. These findings confirm the profound effect of music training on brain morphology. However, these results did not clarify whether these structural and functional features are innate or learned.

In other words, when playing, musicians use both brain sides more than non-musicians.  The right side allows making sense of the whole scenery, whereas the left side assists musicians in making sense of details.  Does the more efficient use of both sides increase their IQs and make them think differently?

Some studies indeed have found that the IQ of musicians tend to be higher than that of non-musicians. Besides, when experimentally faced with diverse cognitive tasks, musicians use more frequently and extensively both brain hemispheres.  In this sense, the musicians’ brain is more flexible and versatile than that of non-musicians.  Besides, there is a relationship between music and math, because both processes use patterns. Studies have found that song popularity correlates with their mathematical structure.

You may wonder which side of the brain is faster? Early studies suggested that the left hemisphere was in general faster than the right hemisphere. Successive studies did not confirm that proposal but showed that each hemisphere is faster than the other for specific tasks at which it is specialized.

You may wonder whether listening to different types of music affect brain function?

Any type of music modifies your brain connectivity, but the intensity and extension of such modification depend on whether you like or dislike the melody.

Related questions are whether music might be bad for the brain, or if music has negative effects?

Too loud music may be bad for your hearing, but not for your brain. Extensive research has shown that music reduces blood pressure and anxiety and improves the quality of sleep and memory.

Some studies have found that music but not background noise may decrease creativity,

This class of data led researchers to test whether music might improve or stop memory loss in subjects with Alzheimer’s disease. An initial hypothesis predicted that classic music would have a more powerful effect on memory than other types; accordingly, it was called the “Mozart effect”.  Subsequent studies did not confirm that hypothesis, but that patients responded better to that music they were used to or was their favorite.

Some features of language and music are processed in similar brain areas. Studies conducted with positron emission tomography (PET) show that phrases with linguistic and melodic features similarly activated the following functional cerebral areas: the primary and supplementary and auditory-motor cortexes, the anterior insula, the temporal pole, the basal ganglia, the ventral portion of the thalamus and the posterior cerebellum.

While there is a clear trend that language processing favors the left hemisphere, most studies have revealed a bilateral brain activation and a profound overlap in the brain areas involved in both, language and music.

Studies conducted in the 1990s showed that high-level musicians have stronger connections between the two brain hemispheres, specifically by having a higher density of the anterior corpus callosum than non-musicians. This optimized connectivity between the two hemispheres may underlie the particularly high cognitive abilities of musically trained people.

Everybody knows how intense are the emotions that music may trigger. Such emotions may be described as “chills”  and are associated with changes in significant blood flow changes in the amygdala, midbrain, ventral striatum, orbitofrontal, and prefrontal cortexes. During the positive emotional bursts, the brain releases dopamine, serotonin, and oxytocin.

7 Simple Brain Exercises to activate both sides of your brain

If you are a professional musician, you surely have a well-organized training program to maintain or improve your technical skills. But if you play music for fun or to improve your mental or physical health, practice the following  7 brain exercises that will help you to improve your musical and cognitive abilities.

Music is a vital human activity, which is present in all cultures. The biological basis of musical abilities is a key issue in contemporary science, particularly the brain processes involved in listening, playing, writing music, and involved emotions. While the right hemisphere is traditionally stated as the music substrate, numerous areas in both brain sides are eventually involved, each one for specific features of music performance and learning.