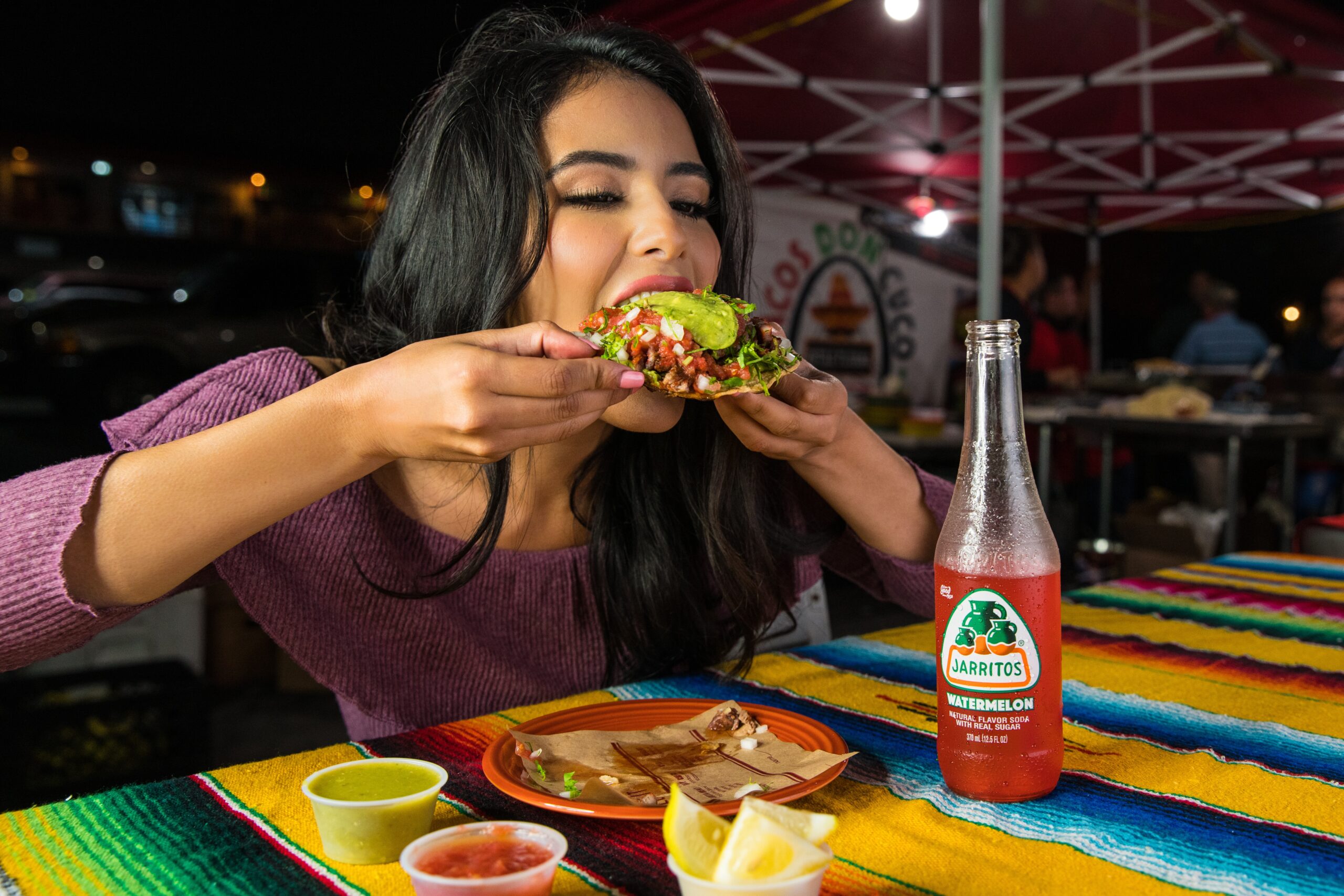 In this article we are going to answer the question ‘’Which part of the brain controls hunger?’’ We will explain what the feeling of hunger is, how it occurs and what systems are involved in it.

Which part of the brain controls hunger?

The hypothalamus controls the hunger and satiety centers.

The body regulates the feelings of hunger and satiety. Nerve signals in the stomach wall play an important role in these processes, as do hormones, including ghrelin, leptin and insulin.

Even after a few hours after the last meal, healthy people feel full. The information that the brain stem receives from the portal vein is responsible for this sensation.

A requirement for satiety is the synthesis of glucose that occurs after ingestion from the different nutritional components. People with obesity could present some alteration in these processes.

Lunchtime is approaching. Feel that hunger invades you. That feeling serves a crucial physiological function: it prompts you to eat when you’re low on energy and nutrients. This allows it to survive.

But how is the urge to eat triggered? How do they fade throughout the meal? And how is hunger neutralized after eating for several hours?

Knowing these processes is essential, especially if one takes into account that the World Health Organization warns of an epidemic of obesity on a global scale. In many overweight people, the sensation of hunger may be altered.

It has long been considered that the brain relies on hormonal information to regulate the sensation of hunger. These data come to you through blood and various mechanical parameters; between them, the tension of the stomach.

However, recent research reveals that there are complex exchanges between the brain and the digestive system through peripheral nerves. These exchanges would have a preponderant role, especially in the feeling of satiety.

Supported by the solid resources of Guyton and Hall. Treatise on Medical Physiology Today we will deal with the nerve centers that regulate food intake.

Let us begin by explaining that the feeling of hunger is associated with a craving for food and other physiological effects, such as rhythmic stomach contractions and agitation that drive the search for food. The appetite is the desire for food, often very specific, and helps to determine the quality of the diet.

If the search for food is successful, a feeling of fullness appears. All these sensations depend on environmental and cultural factors and also on physiological elements that regulate specific centers of the brain, in particular the hypothalamus.

What controls our hunger?

The hypothalamus houses the hunger and satiety centers. Several neural centers in the hypothalamus are involved in the control of food intake. The lateral nuclei of the hypothalamus act as the feeding center, because when stimulated they excite a voracious appetite (hyperphagia).

In contrast, the destruction of the lateral hypothalamus cancels the desire for food and leads to progressive starvation, a state characterized by noticeable weight loss, muscle weakness, and reduced metabolism.

The lateral hypothalamic feeding center emits motor impulses for foraging. Rather, the ventromedial nuclei of the hypothalamus serve as an important satiety center and are believed to confer a sense of nutritional pleasure that inhibits the eating center.

Electrical stimulation of this region can induce complete satiety and, in fact, when very appetizing foods are offered, the animal rejects them (aphagia).

On the contrary, the destruction of the ventromedial nuclei motivates a voracious and continuous feeding until the animal reaches extreme obesity, sometimes quadrupling its weight.

The paraventricular, dorsomedial, and arcuate nuclei of the hypothalamus are also believed to be instrumental in regulating food intake.

For example, lesions of the paraventricular nuclei usually lead to overeating, while those of the dorsomedial nuclei generally reduce eating behavior.

As mentioned later, the arcuate nuclei are the centers of the hypothalamus where numerous hormones released from the digestive tract and adipose tissue converge to regulate food intake and energy consumption.

There is a great chemical communication between the neurons of the hypothalamus; These centers coordinate, together, the processes that regulate eating behavior and the perception of satiety.

These nuclei of the hypothalamus also influence the secretion of some hormones that are important for energy balance and metabolism, including thyroid and adrenal hormones, as well as those of the pancreatic islet cells.

The hypothalamic centers for eating and satiety contain many receptors for neurotransmitters and hormones that modulate eating behavior.

How does our brain control hunger?

It begins with a low murmur that we only learn about ourselves, but soon turns into an impossible to disguise roar that catches the attention of everyone around us.

Our guts are leaving us a clear message, there is hunger and if we do not eat soon it is possible that we begin to notice other signs such as weakness and irritability.

The appetite regulating center is located in the brain. The one in charge of carrying out this process is an enzyme called AMPK and according to a study by the Institute of Science and Technology of Daegu (South Korea) it is possible to modify its behavior.

The way the brain perceives that we need to eat has to do with the process by which we adjust our weight, so that there can be a balance between the energy provided by the food we eat and the expenditure made by our body.

AMPK plays an important role in this process, an enzyme complex present in most organs of the body – liver, muscle, adipose cells.. – which is related to a cellular recycling program, autophagy, which acts as a metabolic regulator: detects cellular energy and helps the cell’s energy balance and calorie consumption.

When we go without food for a long time, hunger-inducing neurons set off a process called autophagy, which is a natural self-destruct mechanism through which cells recycle and discard internal structures that are no longer useful to them.

In this way, when the body detects low levels of sugar, the AMPK enzyme perceives it and modifies the properties of neuropeptides, which are responsible for informing our body that we are hungry.

As neuropeptides carry the information that the brain sends to the rest of the body, modifying the message they contain can condition our behavior.

Neuropeptides have come to be considered as the biological foundation of our consciousness: some of them, such as enkephalins and endorphins, have repercussions on our behavior or express properties on psychic processes such as affectivity, motivation, learning or memory.

In this case, they help us understand why our character can change so much when we are hungry.

It is thanks to these discoveries about the way the brain controls hunger that scientists have been able to demonstrate, through experiments carried out in mice, that inhibiting the autophagy process modifies the effect of AMPK on the brain and that, thanks to that result, the desire to eat decreased: mice whose enzymes had been altered ate less and showed signs of weight loss.

This finding, although in a preliminary phase, has allowed researchers to demonstrate that it is possible to develop drugs that combat obesity or help control appetite, although, they warn, it is important to bear in mind that each drug affects each patient differently: treatment against weight gain must be personalized.

One of these centers, the lateral hypothalamus, seemed to act as the feeding center because when stimulated in the animals, they began to eat; on the other hand, when it was destroyed the animals stopped eating to the point of starvation.

In contrast, the ventromedial hypothalamus was thought to be the satiety center because, when stimulated, the animals stopped eating, while when it was destroyed the animals ate to the point of extreme obesity.

The hypothalamus appeared to be a kind of “switch” that started and ended feeding, at least in rats.

However, more recent studies have challenged this simple “on-off” explanation for eating control, showing that other areas of the brain are also involved.

For example, a third center in the hypothalamus, called the paraventricular nucleus, appears to influence the drive to eat specific foods.

Studies have also shown that certain regions of the cerebral cortex and spinal cord play an important role in regulating food consumption.

Furthermore, it is now known that the connections between the brain centers that control hunger are considerably more complex than was once thought.

How do these various areas of the brain know when to stimulate hunger?

It turns out that the brain monitors the levels of glucose (a simple sugar that the body uses for energy), fat, carbohydrates, and insulin in the blood. Changes in the levels of these substances in the blood signal the need for food. The presence of a particular hormone, leptin, also influences our desire to eat.

The fat cells in our body produce leptin, which travels in the bloodstream and is detected by the hypothalamus. High levels of leptin signal the brain to reduce appetite or increase the rate at which fat is burned.

The brain also monitors the amount and type of food a person eats. Receptors in the stomach detect not only how much food the stomach contains but also how many calories that food contains.

The signals from these receptors travel to the brain. When food enters the small intestine, a hormone is released into the bloodstream and carried to the brain, where it serves as an additional source of information about the body’s nutritional needs.

But, as we noted earlier, a biological need for food does not always lead to hunger. The feeling of hunger is the product not only of the things that happen in the body, but also of those that happen outside.

FAQS: Which part of the brain controls hunger?

What part of the brain controls hunger and satiety?

What part of the hypothalamus regulates hunger?

Within the hypothalamus, important regions in the regulation of food intake have been described: the ventromedial region, called the satiety center since its stimulation inhibits the desire to eat and its ablation causes an insatiable appetite.

What controls the appetite?

What does hunger do to the brain?

Being hungry can make you impulsive and reduce your ability to make long-term decisions.

What hormone is responsible for signaling satiety?

Leptin is the main satiety hormone.

In this article we are going to answer the question ‘’Which part of the brain controls hunger?’’ We will explain what the feeling of hunger is, how it occurs and what systems are involved in it.