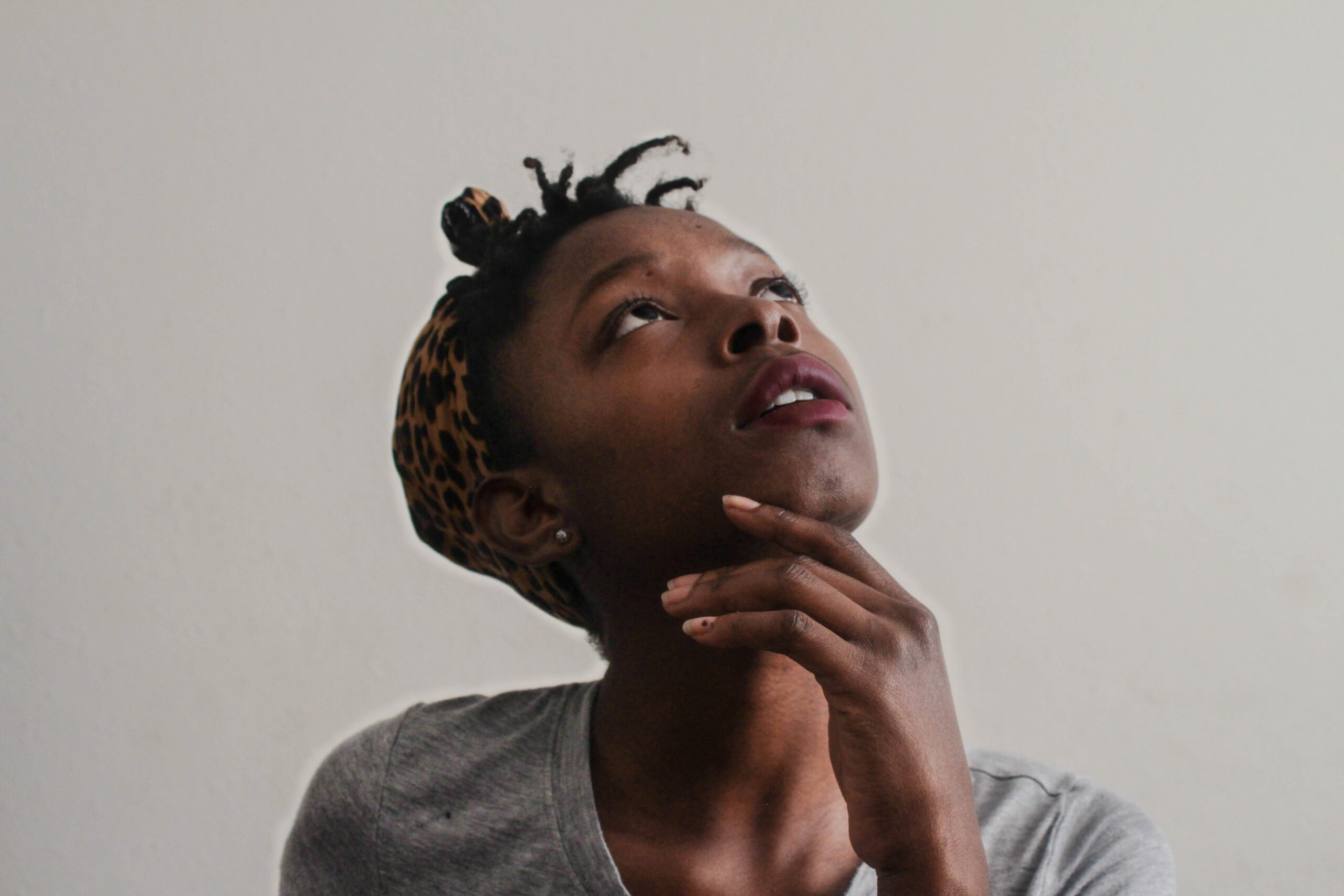 Long-term memory or LTM is that warehouse where we keep all that significant information from the past. These data, about past experiences, somehow guide our behavior. Through experience we know what consequences each behavior has and what we should do according to the context in which we are.

In this post we are going to answer the question ‘’Where does the brain store long term memory?’’ We will identify the area of the brain where memories that remain in our memory for years are stored and how these memories are formed.

Where does the brain store long term memory?

The brain stores long-term memory in the hippocampus and prefrontal cortex.

Memories are absolutely essential for our development and survival. Even more so in the case of those ‘negative’ memories that, like alarms, warn us about the risk we can run by repeating a behavior that almost cost us our lives in the past.

So much so that, in order to keep us alive, the brain needs to store long-term memories. But where does he do it? And more importantly, how do you do it?

Well, although the brain area in which short-term memories are housed has already been identified, this is not the case with the long-term memorization process.

Or so it has been until now, since a new study carried out by researchers at the Picower Institute for Learning and Memorization of the Massachusetts Institute of Technology in Cambridge (USA) has managed, for the first time, to describe the where and how these lasting memories are created.

As Susumu Tonegawa, director of this research published in the journal Science, explains, “the results of our work show the mechanism of the integral circuit by which memory is consolidated.”

Now, not all long-term memory contains the same type of data.

We can see a clear difference between knowing the capital of Spain, or what I have eaten today, or knowing how to ride a bike. It is possible to differentiate between this type of “knowledge”, and to do so we are going to look at the classification of the psychologist L. Squire.

In this sense, it divides the LTM into declarative and procedural memory.

The declarative LTM is that type of memory that we can access explicitly and intentionally. That is, those data to which we voluntarily access and can express in words. This is a memory of facts and it is formed mainly by propositions or mental images.

Now, within declarative memory we can do a subclassification. Among the memory that is responsible for personal experiences, which we will call episodic memory; and the one that is in charge of the data that speaks about the world and language, which will be semantic memory.

Tulving defined it as: “the conscious awareness of events or episodes that are temporally dated, spatially located, and personally experienced.”

When the person tries to recover something from this memory voluntarily, they have to travel back in time … until they reach the objective event. For this reason, the recovery is closely linked to the contextual keys that serve to access the information that we want to remember.

Semantic memory is a kind of memory necessary for the use of language. It is a database that people have about words, other verbal symbols and their meaning. It is an independent system of episodic memory at the level of encoding, storage and retrieval.

Unlike episodic, it lacks temporal coding; You know that water boils at 100ºC but you don’t remember – because you didn’t store it, it didn’t seem relevant to you – when you learned that data.

Semantic memory is a great store of concepts and information. But how is this data organized? Although there are multiple theories about how they are stored and organized, the most validated comes from connectionist models.

According to these, semantic memory is organized in a network system in which all concepts are related to each other in various ways. Something that facilitates the recovery of memories. Thus the concept of dog is strongly related to mammals, hair and barking, but very little (in general) to a book, computer and stapler.

Procedural memory is one that is automated and is explicitly inaccessible to us. It is that memory related to information about “know-how”. Within this we can find implicit memory, motor skills and conditioning.

It is that long-term memory that does not require the intentional recovery of previously acquired experience. It is perhaps one of the most difficult types of memory to define and explain. Therefore, to understand it, we go to priming studies or tests to measure implicit memory.

There seems to be a certain warehouse that stores episodic events implicitly to facilitate situations in the near future. Also, as a curious fact, this type of memory is perfectly preserved in amnesic patients: a test of its independence from declarative memory.

In the 1950s, studies carried out with Henry Molaison, an amnesic patient after undergoing surgery to try to control his epileptic seizures, revealed that short-term memory is housed in the hippocampus.

And it is that as a result of the operation, in which his hippocampus was seriously damaged, Henry Molaison could not generate new memories – although he did keep many of those consolidated before entering the operating room.

Consequently, and from this evidence, it appears that long-term memories are stored outside the hippocampus. And as many researchers have suggested, this ‘where’ would be the neocortex, the area of the brain responsible for cognitive functions such as attention and planning.

To verify this, the authors used an animal model of mice that they subjected to a negative experience – they received electric shocks, even of low intensity, when they entered certain chambers of a labyrinth – and analyzed the behavior of their neuronal engrams, that is, a set of neurons that contain specific memories.

Thus, and using luminescence techniques, the authors could see how the brain neuron circuits of the animal lit up after entering the wrong chamber and generated a memory to avoid making the same mistake in the future.

Subsequently, what the authors did was place the animals in front of the electrified cameras and observe how their engrams were activated – or what is the same, how the animals used their memories to assess whether it was safe to continue.

And once again, they watched the circuits of specific neurons light up

The results showed that the ‘memory neurons’ are located in three brain areas: the hippocampus, the prefrontal cortex and the amygdala – involved in memories associated with emotions.

And also, that one day after the electric shocks, the memories were stored in engrams in both the hippocampus and the prefrontal cortex.

However, the engrams in the prefrontal cortex remained ‘silent’, that is, they could be activated by light stimulation but not naturally, so they could not be used – not yet – by animals.

Finally, the authors observed how, over the next two weeks, the silent memory cells in the prefrontal cortex progressively matured through changes in their anatomy and physiological activity.

For their part, the engrams housed in the basolateral amygdala remained unchanged and maintained constant communication with those of the hippocampus and those of the prefrontal cortex. And it is that these neurons of the amygdala are totally necessary to evoke the emotions linked to the memories.

In short, the results of the new study destroy all theories about memory consolidation, which established that short and long-term memories were not formed simultaneously in the hippocampus and the prefrontal cortex, but rather they were generated in the hippocampus to later be transferred to the cerebral cortex.

As Mark Morrissey, co-author of the research, points out, “Memories are formed in parallel but then take different paths: those in the prefrontal cortex become stronger and those in the hippocampus become weaker.”

But what happens after this two-week period has passed? Well the truth is that it is not known. And is that current techniques only allow monitoring of engrams during these two weeks.

But what this study has shown is that communication between the prefrontal cortex and the hippocampus must be completely adequate. And is that interrupting the circuit that connects these two brain regions, the engrams of the cortex will not mature correctly.

Or what is the same, long-term memories will not be stored.

Knowing how memories are formed and stored is a key part of our perception of ourselves and the world. In other words, in patients diagnosed with Alzheimer’s, individuals lose the notion of themselves because they are unable to remember anything.

For this reason, locating the store of long-term memory could be of great interest to understanding the progress of some neurodegenerative diseases. Not only that, but we could even think of possibilities as futuristic as the implantation of false memories. Would it be possible to alter our particular Pandora’s box of memories?

FAQS: Where does the brain store long term memory?

What part of the brain stores memory?

The hippocampus, located in the temporal lobe of the brain.

How is long term memory stored?

Short-term and long-term memories are generated simultaneously and stored respectively in the hippocampus and in the prefrontal cortex.

How is memory stored in the brain?

They are temporarily stored in the hippocampus and then delivered to the prefrontal cortex of the brain. And memory is the ability to store, encode, and retrieve saved information. These actions are carried out thanks to the thousands of synaptic connections that occur between our neurons.

Where are most long term memories stored?

It turns out that stress affects the hippocampus, a key brain structure in memory and in the learning process.

In this post we answered the question ‘’Where does the brain store long term memory?’’ We have identifyied the area of the brain where memories that remain in our memory for years are stored and how these memories are formed.

Bauer P.J. (2004). Getting explicit memory off the ground: Steps toward construction of a neuro-developmental account of changes in the first two years of life. Developmental Review, 24(4): pp. 347 – 373.