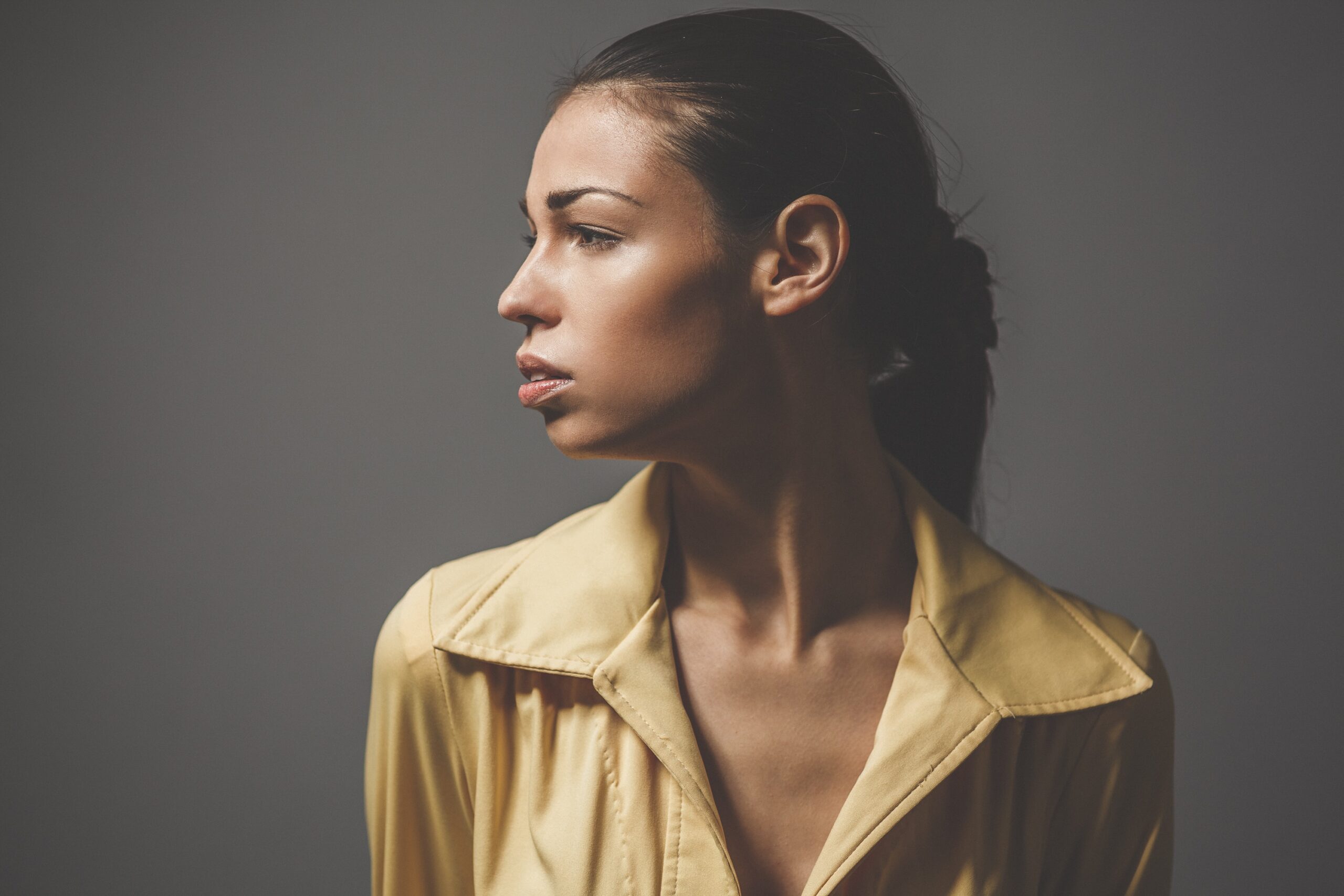 In this brief post we are going to answer the question ‘’Where is the hippocampus and amygdala located?’’ we are going to find the exact location of these two important brain structures, we will detail how they are formed and their main functions.

Where are the hippocampus and amygdala located?

The hippocampus and the amygdala are located in the temporal lobe.

To locate the temporal lobe we must visualize that area contained at the level of the ears. It is separated from the parietal lobe by the Silvio fissure and is for many biologists one of the newest parts of the brain; in fact, it only appears in vertebrates.

In fact, and this data is interesting, we are dealing with the brain lobe that has the most connections with the limbic system. Therefore, it has a great responsibility in a large number of processes related to our emotions and memory. That is why there are two fundamental structures here: the amygdala and the hippocampus.

What is the amygdala?

The amygdala is part of the so-called deep brain, where basic emotions prevail, such as anger or fear. Also the survival instinct, basic without a doubt for the evolution of any species.

Hence, the amygdala, this almond-shaped structure, is typical of all vertebrates and is found deep in the temporal lobes, is part of the limbic system and processes everything related to our emotional reactions.

In neurobiology it is almost impossible to associate a single emotion or a single function to any structure, but when we talk about the amygdala we can say without mistake that it is one of the most important associated with the world of emotions.

It is what makes us, for example, more variable than any close evolutionary relative. She is responsible for us to escape from risky or dangerous situations, but she is also the one who forces us to remember our childhood traumas, and everything that has made us suffer at some point.

Thus, the cerebral amygdala also participates in this process of generation and regulation of emotions, although this does not mean that they are responsible for producing them individually and separately from the rest.

All parts of the brain work in coordination with each other, so that emotional reactions can only exist if the tonsils work in conjunction with many other areas of the nervous system and even with other parts of the body, especially those involved in the endocrine system.

Parts of the amygdala

These are the main parts of the brain amygdala.

The central nucleus of the tonsillar body is also involved in the processing of emotions and their implications for the actions to be taken in the present. It sends nerve projections to many areas of the brain.

The medial nucleus is involved in the processing of information from the pheromones that are outside, and is related to the state of hormonal activation of the body, coordinating with it.

This set of sub-structures are the basal, accessory-basal and lateral nuclei of the amygdala, which participate in learning from emotional reaction mechanisms.

Functions of this part of the brain

Below you will find several of the functions attributed to the amygdala.

Keep in mind that there is still a lot to investigate in this regard, and each of the studies that have been carried out on this subject are very complex to interpret precisely because of what has already been said:

It is difficult to know to what extent a function is more dependent on the amygdala taking into account that it always works in conjunction with other structures of the body.

As already mentioned, the brain amygdala participates in the set of nervous structures linked to the experimentation of emotions.

It is believed to play a fundamental role in fear reactions and in anxiety and hyperarousal responses to situations seen as dangerous. They have also been seen to be activated in the interpretation of facial gestures.

On the other hand, in disorders such as major depression, Bipolar Disorder or social phobia, these structures show activation patterns that are unusual, which makes sense considering that the processes of emotional regulation and anxiety reaction are involved in all of them. to specific situations.

In general, it has been seen that the tonsil bodies are very important when it comes to integrating emotions with each other, causing a predominant emotion to emerge that “summarizes” our positioning or attitude to an event, and this allows us to have a clear and consistent with the experiences we experience on a daily basis.

There are indications that the brain amygdala is involved in the consolidation of memories. Specifically, it contributes to their being fixed and associated with a certain type of emotion; the more intense that emotion, the more solid that fixation will be in long-term memory.

As a consequence, it is believed that the tonsils are also involved in learning systems from experience, assuming that our emotional reaction to past events predisposes us to act in one way or another in the present when we are exposed to situations related to the contents of those memories.

The amygdala plays a role in the emergence of the satisfaction reaction, especially in those behaviors related to the ingestion of food. This marks the end of a behavior, since when feeling satiated, the motivation to continue doing what we were doing decreases.

As part of the limbic system, the amygdala also contributes much to the processes of sexual behavior, providing motivational and predisposing factors (something that does not occur in asexual subjects). In addition, it reacts in a very intense way to the presence of sex hormones.

The amygdala is believed to be involved in interpreting the emotional content of other people’s faces, and also to elicit an emotional response to the degree of proximity of others to us.

6. Communication bridge between other parts of the brain

It should not be forgotten that beyond the mental processes carried out by the amygdala, it also acts as an “intermediate stop” between different regions of the brain.

Specifically, each amygdala communicates through neurons with the diencephalon (specifically, with the thalamus and with the hypothalamus), the nucleus accumbens, the locus coerulus, and many others.

What is the hippocampus?

The hippocampus is located in the internal zone of the temporal lobe of the brain and according to the anatomy it is related to the hypothalamus and the amygdala, therefore they work together in the composition of the limbic system.

The hippocampal formation is a curved and recurve sheet of cortex, located on the medial surface of the temporal lobe.

Cross sections show that the hippocampal formation is made up of three distinct areas: the dentate gyrus, the hippocampus, and the subiculum.

In these types of sections, the dentate gyrus and hippocampus are shaped like two interlocking Cs. The subiculum is a transition zone that continues with the hippocampus at one end and the parahippocampal cortex at the other.

The three components are organized as anterior to posterior bands within the temporal lobe, which together form a cylinder.

The hippocampus is an important part of the brain since, thanks to research, we know that it has functions related to declarative, non-declarative and long-term memory and to maintain memories depending on what the person experiences emotionally at the moment it is created, what which indicates that it is related to the ability to learn.

Likewise, it is a brain structure capable of intervening in spatial visual processes, which is why it is considered a necessary area to remember, locate ourselves in space and memorize.

However, these functions of the hippocampus are only possible because its neurons create communication with other structures, such as the cerebral cortex and the amygdala.

How and with what other structures do they communicate?

The limbic system deals with emotions, feelings and memory and is decisive for the survival of the individual. It works unconsciously and mobilizes the body before the individual is aware of its responses.

Motivation is not limited to fundamental biological needs, but also stimulates more elaborate behaviors, such as cognition or decision-making and includes structures such as the hippocampus and the amygdala.

The hippocampus is associated with memory, spatial orientation, learning and the neuronal regeneration that occurs thanks to sleep and rest. The hippocampus receives multiple inputs (they are the neurons in charge of receiving sensations to transmit them to the brain), especially from the amygdala.

The amygdala is considered the central element of the puzzle of the structures involved in emotional management. It receives cortical input, it is directly connected to the orbitofrontal cortex (which is related to decision making), but also to the hippocampus (memory).

The amygdala receives information from all sensory modalities and sends more information to the cerebral cortex than it receives from it. Hence the importance of emotions in cognitive processes (they are defined as the set of processes that allow the processing of information and the development of knowledge).

FAQS: Where is the hippocampus and amygdala located?

Where is the amygdala located?

The amygdala is a structure located in the temporal lobe of mammals made up of different nuclei and traditionally related to the emotional system of the brain.

What part of cortex do you find the hippocampus?

The hippocampus is located in the medial part of the temporal lobe of the brain. In this lateral view of the human brain, the frontal lobe is on the left.

Is the amygdala connected to the hippocampus?

The amygdala receives cortical input, it is directly connected with the orbitofrontal cortex (which is related to decision making), but also with the hippocampus (memory).

What part of the brain is the limbic system located?

The Limbic System is made up of a series of complex structures, which are located around the thalamus and below the cerebral cortex.

How do I relax my amygdala?

Other techniques such as meditation and emotional and behavior regulation training have been shown to reduce the friend’s response as well.

In this brief post we answered the question ‘’Where is the hippocampus and amygdala located?’’ We have found the exact location of these two important brain structures, and detailed how they are formed and their main functions.