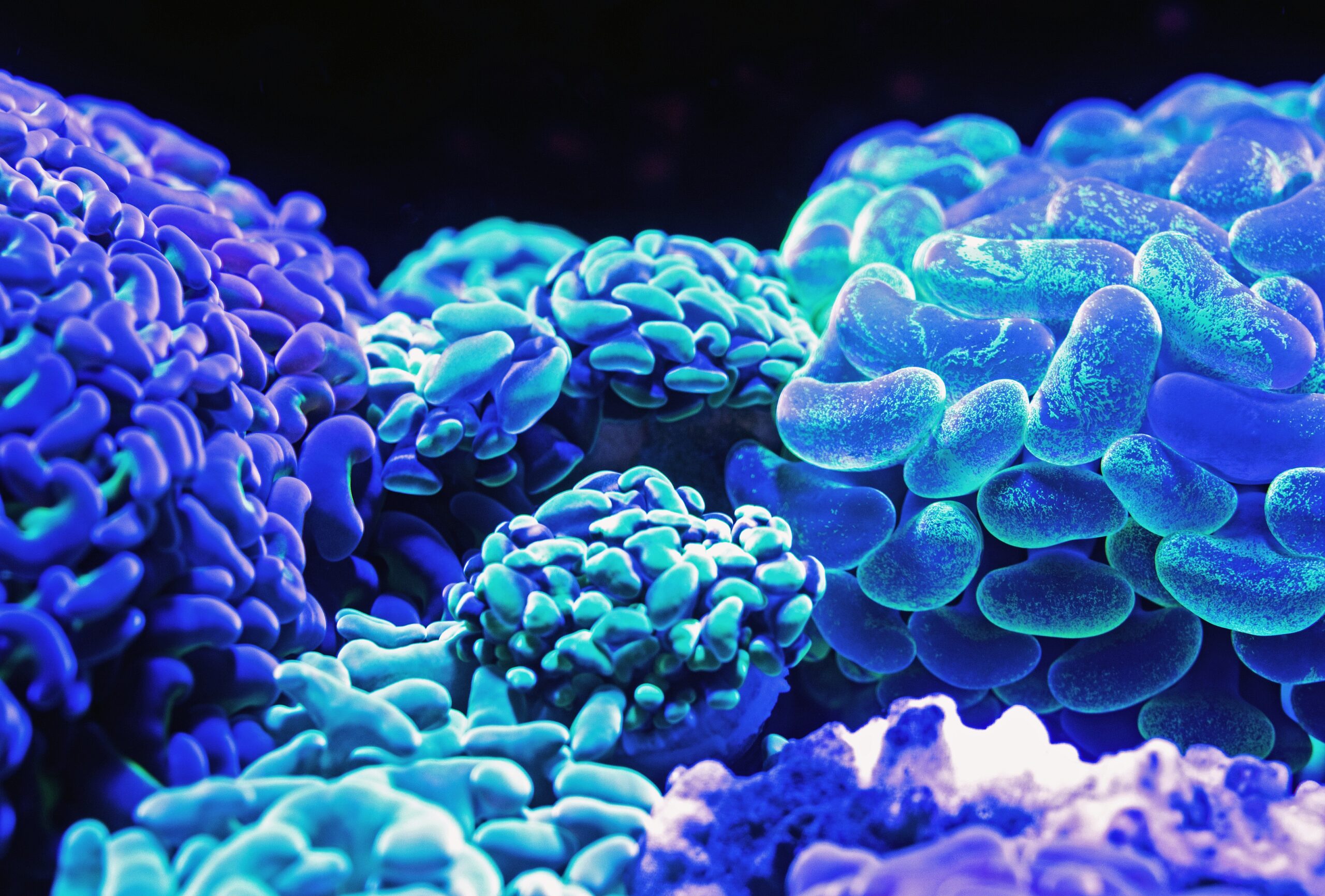 In this post we are going to answer the question ‘’When does the brain stop developing or fully develop?’’ We will explain how brain development happens, we will describe the stages of neurodevelopment and how this can affect our behavior.

When does the brain stop developing or fully develop?

The brain stops developing or fully develops around the age of 25.

Humans are not born with all of our brain capacities ready to be used. They are there, in the program that our human DNA contains, and they progressively “manifest” as our nervous system grows.

Neurodevelopment is a slow process that begins at conception and does not stop until death. Reaching brain maturity requires our entire childhood and adolescence, lasts approximately 20 years

The “speed” of neurodevelopment is by no means constant. In these 20 years, there will be times when the brain – the part of the nervous system that is contained in the skull: cerebrum, cerebellum and brain stem – will increase in size at an astonishing speed and others when it seems that its growth is stagnant.

Generally, these periods of rapid growth are also when more changes and acquisitions are seen in neurodevelopment.

As neurodevelopment is so complex, I have thought that to facilitate its understanding, and for merely informative purposes, we could divide it into stages.

But taking into account not only age, as is usually done, but naming them according to the most relevant faculty acquired in each one of them.

How does the brain develop? To fully understand what the brain is, it is important to know how it is formed. Development begins in the embryonic stage and ends in youth. After just 4 weeks after conception, the neural tube begins to form.

This neural tube is key in the development of the brain and the nervous system in general, since from here the brain and spinal cord will be formed.

From there, a dizzying process begins where proliferation, migration and cell differentiation processes take place that will lead to the formation and development of this organ. Neurons are generated in the ventricular part of the neural tube and then migrate to their destination area in the brain.

After this, the neurons of the brain are differentiated and specialized according to the function they are going to play in the brain.

It is estimated that in the prenatal stage, up to 250,000 brain cells can be produced per minute. In fact, at the time of birth, the baby’s brain already contains all the nerve cells it will need. However, these nerve cells are not properly connected yet. The development of this organ varies according to the age range in which we look:

In general terms, it can be said that newborns only have well-developed spinal cord and brainstem, which is why they only respond to reflex stimuli and basic survival functions, such as sleeping, eating or crying.

As they interact with their environment, they establish new connections and quickly learn things like directing their eyes, making more complex movements, repeating consonants, understanding language.

Your brain is already almost 80% of the size it will have as an adult. The limbic system and the cerebral cortex are already considerably developed. This allows children to express and recognize emotions, play, start counting and talking.

Until this age, brain plasticity was in maximum level, to the point that if one area of the cerebral cortex were damaged, probably another could take over its functions (since it is not yet fully specialized).

The brain does not finish developing until after youth

The area of the brain that takes the longest to mature is the prefrontal cortex, located in the frontal lobes. This part of the cortex is closely related to controlling behavior, reasoning, problem-solving, etc.

However, although brain maturation ends in youth, neurogenesis (generation of new neurons) continues to occur in certain areas.

Furthermore, brain plasticity is maintained, although to a lesser degree than in childhood, and new brain connections can still be established through training and strengthening of neural connections. This is the basis of brain plasticity.

The American pediatrician Jay Giedd has discovered that the human brain is under construction until the end of adolescence, although at this stage the neurons and nerve connections do not grow, but are “pruned” until the reasoning characteristic of age is reached adult.

Giedd has carried out a rigorous study with more than 2,000 people between the ages of 3 and 25, which has allowed him to observe that at the end of childhood the brain experiences a “disproportionate” increase in neurons and nerve connections, which then go away reducing during adolescence.

This neuronal “pruning”, which culminates in the transition from adolescence to adulthood, occurs first in the posterior area of the brain and finally in the frontal cortex, which is what controls reasoning, decision-making and emotional control.

This finding, which refutes the thesis in force until now, which maintained that the brain matured completely between 8 and 12 years, would also explain why many adolescents do not begin to reason and behave as adults until such an advanced age, which can be prolonged beyond the age of 20, says Giedd, director of the Bethesda National Institute of Mental Health.

During adolescence, there is a “restructuring” of the neural networks created so far. At the beginning of adolescence, the thickness of the cerebral cortex is maximum, then it begins to decrease to reach the same thickness as in adults at the end of maturation.

The brain region that changes the most at this stage is the prefrontal cortex, the place where decisions are made.

The prefrontal cortex processes the information that the brain receives and analyzes it, after forming a judgment about what is happening, decide the most appropriate response to each situation and, when appropriate, stops the impulses and emotions that would result in inappropriate behavior.

In popular parlance, it is called “having two front fingers.”

In adolescence, identity and analytical capacity develop, it is the stage in which critical thinking is learned that prepares us for adult life.

Harvard neuroscientist Leah H. Somerville has sat in front of judges to explain how the brain develops. This is due to what is related to legal issues, such as the age at which a person can be sentenced to death, the age to vote and whether an 18-year-old can give informed consent.

Harvard neuroscientist’s research focuses on how brain maturation affects how people think. In the case of adolescents, they have not yet developed a strong brain system, with which they can keep their emotions under control.

That system may take a long time to mature, according to a study published this year in Psychological Science.

Laurence Steinberg, a Temple University psychologist and another of the study’s authors, agrees with Somerville that brain maturation is long and complicated.

Despite this, the psychologist believes that these studies provide important lessons to those who enact public policies, which is why he proposed reducing the minimum voting age to 16 years.

For his part, Somerville indicated that it is important for scientists to have a broader picture of how the brain matures, so they must conduct studies to follow its development until the age of 20 or even later.

He added that it is not enough to label those under 18 as children and the elderly as adults, because “nothing magical happens at that age.”

In short, when does the brain stop developing?

A peculiar characteristic of human beings is that, although we are born with a large head, it takes time to complete the growth and development of the brain. At two years of age, it reaches 85% of its maximum volume, so it has to continue growing.

On the other hand, not all of its areas develop and mature at the same time. The cerebral cortex, which is the outermost part, matures last. And in this process the ratio between the so-called gray matter and white matter changes.

Gray matter corresponds to different elements: neuronal bodies and their dendrites, which are branched extensions through which one neuron receives signals from others; glia cells, which provide support and protection to the above

However, in relation to the functions of the glia; blood capillaries, which provide neurons and glial cells with the oxygen and nutrients they need; and the connections between neurons, called synapses.

Gray matter is distributed in the cortex of the cerebrum and cerebellum, as well as in numerous structures located deeper within the brain. White matter corresponds to the axons of neurons that are covered by a lipid substance called myelin.

An axon is a tubular-shaped projection that conducts nerve signals from the body of a neuron to others that can be found at some distance or to muscle cells, mainly. The myelin sheath that covers the axon insulates it, thus helping nerve impulses to be transmitted more quickly and efficiently.

The volume of gray matter in various regions of the cerebral cortex reaches its maximum development around 10 years of age.

This increase reflects an increase in the connections between neurons that occur as a result of experience, training and learning. During those years, brain activity is so intense that it uses up 60% of the energy consumed by the body at rest, and almost half of the total daily energy needs.

There are those who attribute to this high energy consumption the fact that the growth of the body during childhood is slow and lasts over time.

From the age of eleven or twelve, things change. The thickness of the gray matter of the cerebral cortex begins to reduce, and it does so substantially during adolescence. In some areas, this reduction reaches 17% towards the end of the process, some 15 years later.

What happens, in part, is that a certain proportion of the synaptic connections are “pruned”, as they say in neuroscientific jargon. This pruning eliminates connections that are not used or are rarely used and those that register the most traffic are maintained. At the same time the proportion of white matter increases.

This is an indication that the axons that carry the signals are becoming thicker and that their degree of coverage by the lipid layer of myelin increases.

The thickening of the axons and the greater degree of myelination promote a faster and more efficient transmission of nerve impulses and, therefore, a more efficient communication between the cerebral cortex and the rest of the brain areas. In short: the brain works better.

The maturation of the cerebral cortex takes time and makes adolescence a difficult period. But during this period the human mind learns to navigate the complex social environment in which it will function in adulthood. Adolescence can be understood as well as the price you pay for that learning.

FAQS: When does the brain stop developing or fully develop?

At what age is the brain fully developed?

Brain development research shows that most individuals do not achieve maximum maturity until the age of 25.

Does brain development continue in adulthood?

Scientists now assume that your brain will continue to grow and fine-tune itself well into your 20s.

At what age does your frontal lobe stop developing?

Not before halfway through the third decade of life will the frontal lobes be fully grown.

What happens to your brain at 25?

The prefrontal cortex is more formed, which translates into better risk management and capabilities for long-term planning.

At what age is your brain the sharpest?

In this post we answered the question ‘’When does the brain stop developing or fully develop?’’ We explained how brain development happens, we described the stages of neurodevelopment and how this can affect our behavior.