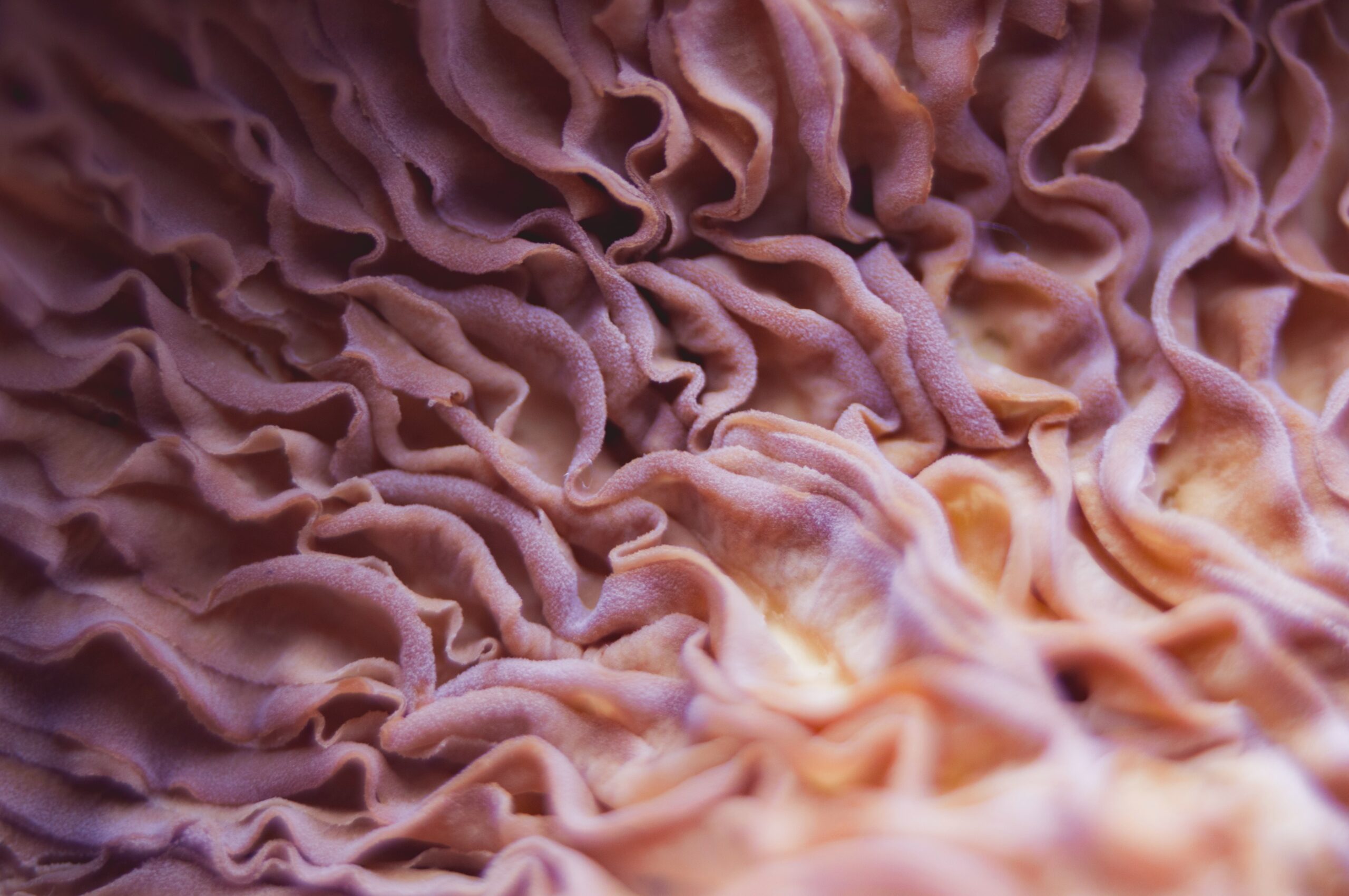 In this post we are going to answer the question ‘’When does the brain have the most plasticity?’’ We will discover what brain plasticity is and when it reaches its highest potential in the human brain.

When does the brain have the most plasticity?

Brain plasticity is highest in the first years of neurodevelopment, when the essential learning for adaptation to the environment is acquired (displacement, communication, social interaction).

Ramón y Cajal was the first to propose the concept of plasticity as the physical basis of learning and memory. And the brain is constantly creating new neural connections and evolving, altering existing ones to adapt to new experiences, learning from behavior and new information to create new memories. Thus, brain plasticity makes our ability to adapt to changing situations very high.

In other words, neuronal plasticity is the ability of the brain to form new nerve connections, throughout life, in response to new information, sensory stimulation, development, dysfunction or damage.

To understand it in a simple way, we can compare it with what the word “plasticity” refers to, that is, plastic. Thus, the brain, like plastic, can adapt to practically any mold. However, in this comparison, two things must be qualified.

The first is that neuroplasticity depends on the intervention of external factors that direct the modeling process towards a specific purpose (in the case of the example, the manufacturer of figures or plastic pieces).

And the second is that, unlike plastic, the structure and shape of the components of our brain can change a lot on a constant basis: not just in a “manufacturing phase”.

On the other hand, it must be borne in mind that even in the case of monozygotic twins this interaction is not identical, since (although there may be a certain genetic basis) each person perceives the world and acts on it in a different way, depending on the sequence of events that you have to live.

This explains what I said at the beginning: we are all similar, but, at the same time, very different.

How does brain plasticity occur?

This increased probability of firing together is physically expressed in the creation of more stable neuronal branches that unite these nerve cells and make them physically closer together, which modifies the microstructure of the nervous system.

So stick with this concept: the brain is a dense network of ever-changing networks.

This is not something that takes a long time to happen: it happens constantly, in real time, and even while we sleep (sleep plays a fundamental role in the establishment of new networks, especially in learning and memory).

And it happens with any experience we have, even if we do not notice it: we are constantly experiencing experiences that occur practically at the same time and that make some neurons strengthen their bonds more and others weaken theirs more, and this happens both with sensations and with the evocation of memories and abstract ideas.

I insist, the brain is an organ that is continually in relation to the environment and is stimulated by the reality with which it is in contact. This relationship is capable of modifying the connections (synapses) and creating or modifying new routes and spaces in which these links are produced, managing to reorganize the functioning of the brain.

All this rests on two important processes: Neurogenesis and Synaptic Plasticity.

During childhood there is enormous plasticity of the nervous system. We are born with more neurons, but with fewer synapses. As we grow we incorporate a lot of information, with an increase of billions of synapses that transmit neurotransmitters. But neurons that were not activated are dying.

There is a climax for each performance, called the critical period. For example, there are times to sit, walk or handle utensils as simple motor acts, among many.

They also become more complex temporary situations for the human who has substantially developed the brain; as is the language. The language is learned during the first years of life.

The key moment, since the second semester when you can distinguish many more phonemes (eight hundred) than will be used in the adult who will be forty. Another part of the language, “semantics”, which is close to cognition as thought, exploits hundreds of ideas after 24 months of life.

The visual system is another central process to study when we speak of plasticity in childhood. Vision is one of the great functions developed in humans. Evolutionarily going from being macrosmatic beings, like lower mammals, to macrosmatic humans.

Something similar happens with motor learning or praxis, from the simplest to complex movements, which are memorized with a memory called procedural, which is unconscious.

Learning to play an instrument or to play a sport, for example, will be much more effective when you are young. The very grammatical organization of language carries implicit unconscious motor processing systems, such as verbal conjugation, which is carried out before receiving schooling.

There is a type of neurons in the cerebellum, a structure related to motor learning, that are only activated during childhood and that generate the largest electrical potentials in the nervous system during that time.

With respect to the above, a so-called “critical” period is presented for the incorporation of different functions of our nervous system. It has precise times to incorporate that kind of “soft” into our basic “hard”. After that period has elapsed, the function will be suspended or will be incorporated in a worse way.

Depending on the activity, there will be chronological situations that condition learning.

Neurologist Takao K. Hensch of Harvard University observed that there are cells that work to coordinate immature neurons. These turn on or take synchrony regulated by the inhibitory neurotransmitter GABA (Gamma-aminobutyric).

Others, however, not coordinated, turn off and stop working, until they die.

The child is born with more neurons than the adult. Then some cells must disappear. It will depend on the external stimulus and the moment of it for this to happen.

These cells then work with this neurotransmitter (GABA) that coordinates their synchronization. They absorb the new function and will generate more synapses between them. Although those that remain outside the circuit will no longer serve, at least for that function.

The baby’s brain is hungry for information. Their neurons are anarchic, as in a classroom where all children speak and do not learn. So the teacher who orders the class are the GABAergic neurons in a basket, a kind of conductor.

Thus, the other student neurons are coordinated and those that are not will be suspended and expelled from the system.

It is interesting to note that this inhibitory protection does not exist in the more complex cognitive areas, such as those that allow us to abstract, synthesize and learn new intellectual instructions, as happens with the prefrontal lobe.

This sector remains capable of learning throughout life. Although not with the same plasticity as a youngster, they nevertheless support learning and rectify functions. These are brain areas more sensitive to neurodegenerative pathologies such as Alzheimer’s, given their greater activity.

The temporary systems of neuronal plasticity, control and limit the time the maximum maturation of a function.

If a suspension of the inhibition of plasticity is handled, which can be done with drugs or with simpler issues such as meditation or yoga; the critical period in which the absorption of the information for a certain function is restored (for example for cataract blindness) could be reestablished.

In this way, areas that had passed the maturation time are activated, as in childhood blindness or in some neurological diseases, such as autism. These projects can be very useful for the solution of serious pathologies, related to a desynchronization between information received and the moment in which it is received.

In this way, there is the possibility of partial or total recovery of the lost functions, which will depend on factors such as the damaged area, the time elapsed, etc.

In any case, this neurorehabilitation should be as early as possible, and as intense as possible. Only then can we increase our chances of success.

Anyway, so far some notes on plasticity and, as you can guess, this plasticity is very important

So, when does the brain have the most plasticity?

Brain plasticity could be said that, during this stage, it is constantly renewed thanks to a large amount of information it receives. Well, it is when the brain receives a greater flow of neural connections. A child generally creates twice as many neural connections as an adult.

However, it is also important to emphasize that plasticity is moldable and is present throughout life. That is, through various techniques and training it is possible to do it, to a greater or lesser extent, at any age.

This is why it is important to stay active, be exposed to new things, and learn throughout life. The greater the stimulation, the greater the plasticity. Our brain needs stimuli.

Today, thanks to neuroplasticity, it is known that the brain is a plastic organ, moldable throughout life and that the exercise of cognitive functions reconfigures the neural network.

It has already been empirically confirmed that the number of neurons with which one is born is not definitive, as was believed until recently, but that it grows throughout life under the influence of cognitive stimuli.

FAQS: When does the brain have the most plasticity?

At what age is the brain most plastic?

The number of synapses in the brain increases between birth and two or three years of age, from 2,500 to 15,000 per neuron.

Does the brain have plasticity?

Yes, the nervous system has the ability to change its structure and function throughout your life.

The act of learning something new increases brain plasticity, whether it is learning a new language or a form of dance.

Does brain plasticity change with age?

Yes, brain plasticity declines but it does not disappear completely.

What age are you the smartest?

A 2015 study by Harvard University researchers and the Boston Attention and Learning Laboratory indicates that with age, our ability to retain attention increases, hitting its maximum around age 43.

In this post we answered the question ‘’When does the brain have the most plasticity?’’ We discovered what brain plasticity is and when it reaches its highest potential in the human brain.

How Our Brain Neurons Can Change Over Time From Life’s Experience. Retrieved November 22, 2020, from Verywell Mind website: https://www.verywellmind.com/what-is-brain-plasticity-2794886