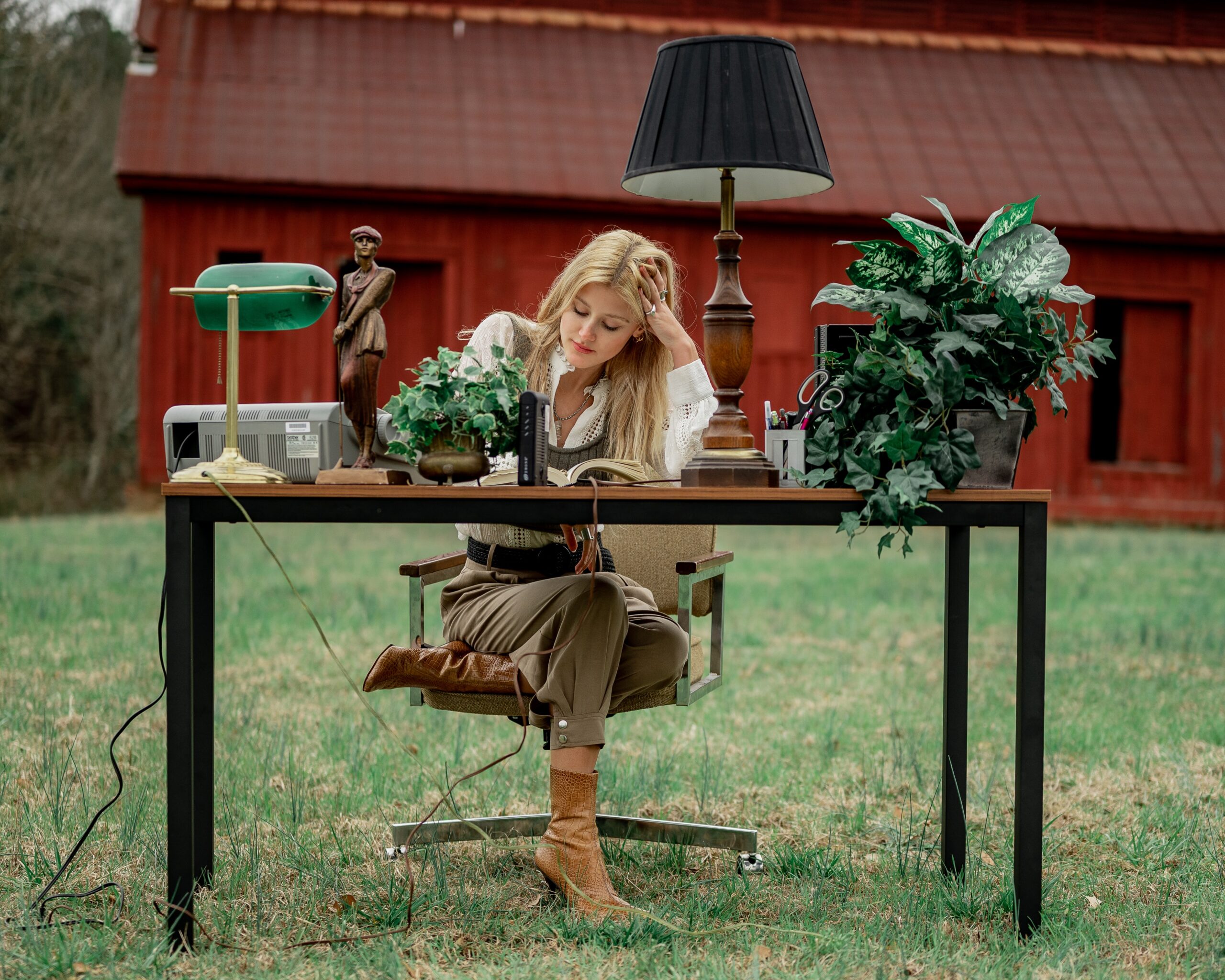 Attention is a cognitive process that allows us to selectively focus on one stimulus (or several) in the environment without taking the rest into account.

However, behind this concept there are several types of care that should be known to better understand how it operates in the human mind. This is the theme around which this article revolves:

In this post we are going to answer the question ‘’What part of the brain is involved in arousal and attention?’’ the different ways in which human beings are able to focus their attention on certain elements and which are the areas in charge of carrying out these tasks.

What part of the brain is involved in arousal and attention?

Arousal and attention take place in the brainstem, specifically in the reticular formation.

Attention is the ability to put our consciousness on something certain at a certain time. And although it is something that can be developed, in general our attention is more involuntary than voluntary.

It jumps from one place to another in a scattered way and turns out to be quite capricious, since it is more comfortable for him to focus on what he likes than on what he does not, that is why the effort to attend to something that does not please or motivates, becomes sometimes so complicated.

For the brain, things like locating a specific face in the middle of a crowd is not a simple task. You must retrieve the face you want to find from your memory file and then hold it steady as you search the crowd, putting all your attention on matching your memory to the person.

Now, arousal is a state of greater activity, both in our mind and in our body, which makes us more alert.

Arousal is the result of stimulation. When we are stimulated properly, then we get excited. Of course, with more stimulation, we get even more excited.

In search of the mechanisms that get the brain to focus on something, researchers at MIT have conducted a study to see, specifically, how the brain achieves the kind of attention necessary to focus on faces and objects.

This takes place in an area of the prefrontal cortex of the brain known as the ‘inferior frontal junction’, where visual processing is controlled to recognize a specific category of objects.

A mechanism still very unknown to neuroscientists, less is known about attention to objects than about spatial attention, which is what has to do with paying attention to what happens in a specific place.

What is surprising about this study is that similarities have been found in the areas of the brain that govern both object and spatial attention.

According to Robert Desimone, one of the researchers in this work, ‘’the interactions are strikingly similar to those observed in spatial attention. It seems to be a parallel process involving different areas”.

Both for one type of attention and for the other, the prefrontal cortex is responsible for attention and for controlling the rest of the regions involved, such as the sensory information received by the visual cortex.

In this study they found that the lower frontal junction is coordinated with another region of the brain, called the ‘facial fusiform area’, which is the one that processes faces, and also with the area of ​​the hippocampus, related to the interpretation of the information that we have about places.

The lower frontal joint is also involved in working memory, responsible for collecting and coordinating all the information necessary to coordinate any task, such as remembering and dialing a phone number or driving a car.

How did they carry out the study?

Using a scanning technique called magnetoencephalography, people’s brain activity is observed while showing overlays of images of people and houses. This technique is capable of giving information about the precise moment, to the thousandth of a second, in which neuronal activation takes place.

The image overlay was passed at two different rates: 2 images per second and 1.5 images per second. With this, they were able to accurately identify the brain regions that respond to these stimuli.

Each of the participants in the experiment was asked to pay attention to any of the images, be it a face or a house, since they were both in the same place. In this way, the brain could not use the area related to spatial processing.

When people were asked to search for faces, the activity of the lower frontal junction and the facial fusiform area were synchronized, indicating that there is communication between the two.

Then, when the subjects were fixed on the houses, the lower frontal junction was synchronized with the hippocampal locus area.

Within the same experience, the researchers found that the communication process was initiated by the inferior frontal junction, and the activity was staggered over 20 thousandths of a second, approximately the amount of time it takes for neurons to electrically transmit information from the inferior frontal junction to facial fusiform area or hippocampal locus area.

For researchers, this is a sign that the lower frontal junction “clings to the idea of the object that the brain is looking for, and directs the appropriate part of the brain to search for it,” explains the article published on its MIT website.

The authors of the work point out that the use of the magnetoencephalography scanner was essential to find these relationships between various brain areas.

However, magnetic resonance imaging techniques were also used to measure the white matter that connect the different areas of the brain, and they also found the connections between the lower frontal junction and the fusiform facial areas and hippocampal place.

After these discoveries, the neuroscientists responsible for the study have turned to focus on how the brain is able to shift its focus of attention between different sensory stimuli, such as vision and hearing. With all this they also hope to find out if it is possible to train people to have more attention, controlling the brain interactions responsible for that.

Mechanisms that allow the functioning of attention: attentional neural networks

For a stimulus from outside to enter our field of attention and be processed correctly, these attentional circuits must put into operation a series of mechanisms to correctly perform the action of attending.

The sources of care are therefore divided into these three independent and differentiated anatomical and functional mechanisms or systems: orientation or selection, surveillance and executive control, which in turn are divided into functional networks, that is, neural networks that are related integrating different areas of care.

The three networks are independent but work interrelated:

The first is the Reticular System or Alert System. It corresponds to the most basic or primary care and is regulated by the activating reticular system and its thalamic, limbic, frontal and basal ganglia connections. These areas communicate through dopamine.

It is the ability to maintain conscious attention or vigilance for long periods of time. Sustained vigilance or attention ensures that these goals will be maintained over time.

There is evidence that the component of selection and that of sustained attention can be opposite processes in a certain sense, which ensure an attentional balance in the body.

It is focused / selective attention. This system provides us with the capacity for deliberate attention or executive attention, or directed to action. It is made up of areas of the anterior cingulate, the dorsolateral prefrontal areas, and the caudate nucleus. These areas communicate through norepinephrine (neurotransmitter).

Selective attention is undoubtedly the most studied mechanism in the field of attention. Without this selection mechanism, organisms would not be well equipped to cope with the various distracting sources of stimulation in the environment.

Due to the limitations in the attentional capacity, we must filter and rank the relevance of the stimuli, locating and selecting that stimulus that we consider objective-goal compared to the other stimuli in the environment.

It involves a more executive component that carries out the resolution of conflicts in the responses.

Thanks to the inhibition mechanisms, we can select and classify the input stimuli by selecting the one that interests us to process, and inhibiting the response towards those that we consider unnecessary.

It plays an important role in the processing of internal information. It is thoughtful, voluntary, flexible, goal-oriented processing and directed by the Posterior Attention System, in which it acts as an instrument.

The neuroanatomical bases are mainly based on the prefrontal cortex and its multiple connections with other subcortical areas, such as the basal ganglia.

These areas communicate through norepinephrine (neurotransmitter). The PAS therefore represents the Control Mechanism, that is, the ability to maintain the processing of information over time with the presence of distractors. It involves maintaining conscious behavior directed towards goals-objectives.

It is a mechanism that must be activated in a controlled and conscious way, since the information may have to be temporarily stopped and then resumed, there may be other parallel activities, and in the future some tasks may have to be carried out with information that we have previously stored.

These operations are carried out by working memory. The control mechanism depends on the person’s ability to put forth effort and motivation about the task.

FAQS: What part of the brain is involved in arousal and attention?

What parts of the brain are involved in arousal?

In the ventral tegmental region of the midbrain, the neurons emerge and project to the nucleus accumbens, striatum forebrain, limbic system, and prefrontal cortex.

What part of the brain controls alertness and arousal?

Both in the brainstem and the midbrain, the RETICULAR ACTIVATING SYSTEM (RAS).

How does arousal work in the brain?

Which hindbrain structure is involved with sleep and arousal?

The metencephalon is involved in the levels of arousal (alertness) and consciousness, and in the regulation of sleep.

What part of the brain maintains balance?

In this post we answered the question ‘’What part of the brain is involved in arousal and attention?’’ the different ways in which human beings are able to focus their attention on certain elements and which are the areas in charge of carrying out these tasks.

This is just a brief outline to get a basic idea of how it works, because the attentional network involves enormous complexity, and it is surely because of the important function that it has in our lives constantly on a daily basis.