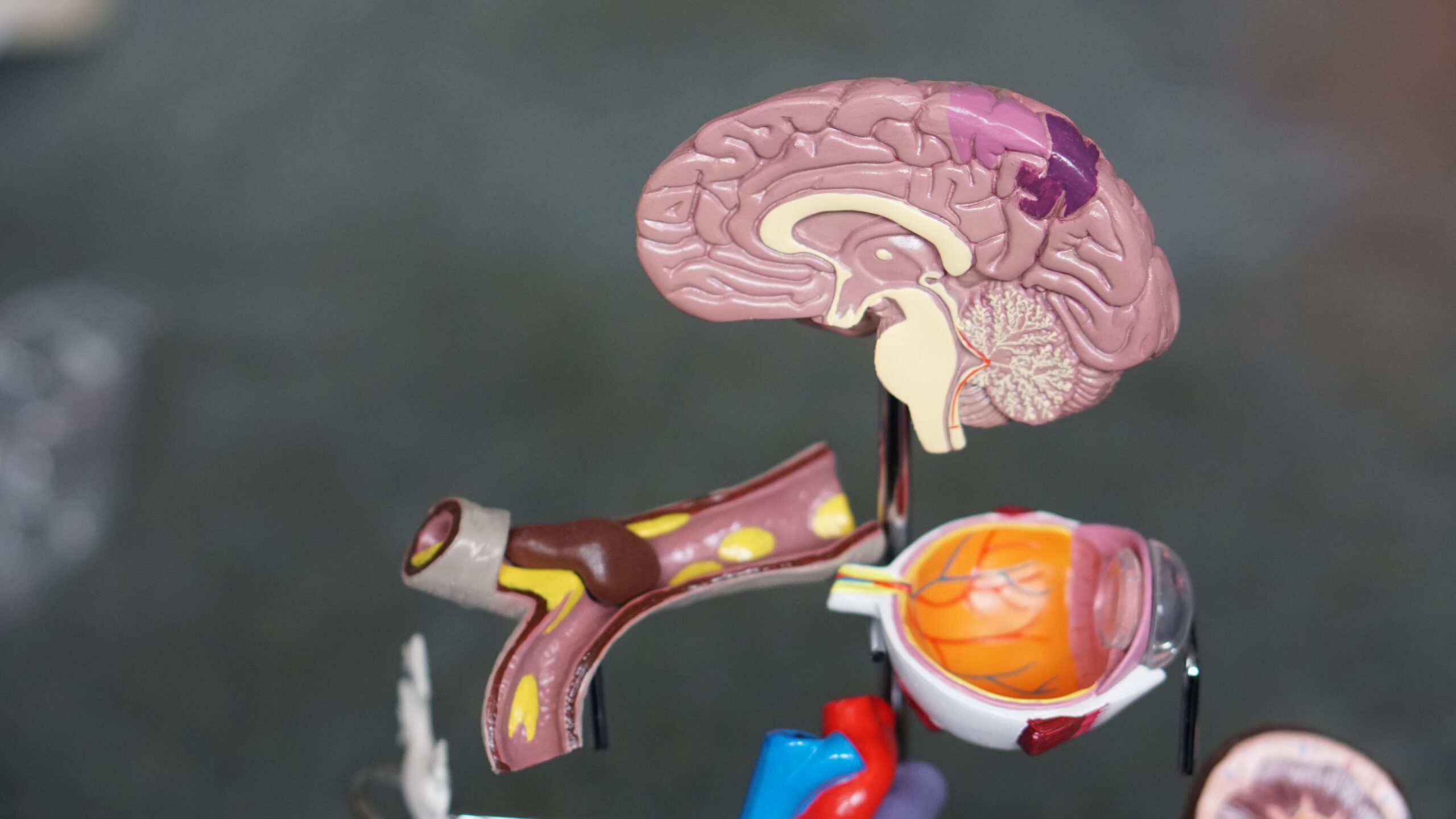 Memory is a function of the brain and at the same time a cognitive process that allows us to encode, store and later retrieve information or experiences. It is the result of synaptic connections between neurons that, over time, create a series of neural networks, which are what allow us to keep memories relatively stable over time.

There are different types of memory, one of the most used classifications refers to its temporal scope, so that there is short-term, medium-term and long-term memory.

Now, in this post we are going to answer the question ‘’What part of the brain controls short-term memory?’’ We will introduce you to what short-term memory consists of and what brain structures are responsible for this type of memory, as well as the conditions that can affect it.

What part of the brain controls short-term memory?

The concept of short-term memory (STM) refers to the ability to store, maintain and retrieve a certain amount of information for a short period of time (a few seconds). This capacity is limited, and when information becomes available for an indefinite time, it is when we speak of long-term memory (LTM).

This division between short-term and long-term memory dates back to the 19th century. In the sixties, an explanatory model called “modal model” or “multistore” was developed, which assumes that all memories pass from one memory to another.

Other authors, however, propose a unitary model, which arises from the difficulty to establish limits between MCP and MLP. In an experiment carried out by Nairne, J. S., & Dutta, A, it was found that the pattern of errors in information retrieval 24 hours later was similar to that of immediate memory.

However, the explanation at the biological level is more complex, since storage does not occur physically. What the brain consolidates in memory are “patterns of functioning”, that is, the way in which specific groups of neurons are activated when we learn new information.

Later to remember our brain reactivates those same patterns.

An experiment in 1959, carried out by Lloyd and Margaret Peterson sought to know the duration of short-term memory. To find out, they asked several subjects to recall groups of three consonants (for example, FMZ). To avoid memorizing the letters, they were asked to count backwards out loud starting from the number 100, and from 3 to 3.

At 3 seconds, they were only able to recall them correctly half the time, suggesting that without active processing, the duration of short-term memories is limited.

Short-term memory is limited by duration, but also by capacity.

The classic and influential article by George Miller (1956) titled The Magical Number Seven, Plus or Minus Two, suggested that the human MCP has a memory span of approximately seven items plus / minus two.

Some recent studies have shown that this “magic number” of seven is quite accurate when tested in digit list recall tests on samples of school students. However, the memory span varies depending on the populations studied and the material used in the studies.

These same studies reflect that recall can be facilitated when words are familiar or frequently used, or when they belong to the same semantic category (e.g. tools).

In the case of short-term memory, our most recent memories will stay in the prefrontal cortex.

This function appears to be located in the dorsolateral prefrontal cortex, which coincides with Brodman’s area 46.

A very widespread idea today is that the so-called working memory is located in the prefrontal cortex, which in computers would be RAM. This idea is mainly focused on the ability of the prefrontal cortex to hold information for short periods of time, but it is not so concerned with how it is manipulated and uses this information to make decisions.

However, in a 2004 study carried out with primates, it was concluded that the prefrontal cortex could have more involvement in selective attention than in short-term memory.

So, what part of the brain controls short-term memory?

Until now, it has been thought that the human brain uses different mechanisms to form long-term memories and short-term memories. This theory, however, has just been challenged by the results of research conducted by scientists at University College London (UCL).

According to a UCL statement, neuroscientists formulated the first theory based on observations made with patients with amnesia, a disorder that affects the ability to form long-term memories.

Normally, amnesia is caused by damage to a region of the brain called the hippocampus. This region, which is located in the temporal lobes, is known to be involved in long-term memory, spatial memory, and physical movement. It is also one of the first areas affected by Alzheimer’s disease, the symptoms of which are memory deficiencies and disorientation.

The UCL researchers looked at patients with temporal lobe epilepsy, a type of epilepsy that causes marked hippocampal dysfunction.

Participants were asked to observe and try to memorize photographic images of everyday scenes, for example of chairs and a table located in a living room. While they recalled the photos, their brain activity was measured in short (just five seconds) and long (60 minutes) intervals.

The brain recordings were carried out with a non-invasive technique called magnetoencephalography (MEG), which records the functional activity of the brain through the capture of magnetic fields, and which allows investigating the relationships between brain structures and their functions.

With the MEG it was found that for short-term memory about the details of each scene, for example, if the table was located to the right or to the left of the chairs, the coordinated activity of a network of brain areas was necessary (temporal region and visual region), while for general short-term memory a very different neural network was put in place.

Consequences of the difference

As a consequence of their disorders, at 60 minutes the participants were unable to recall details of the photos or to distinguish them from new photos.

However, according to one of the study authors, Professor Emrah Duzel, after five seconds, the patients were able to distinguish the images they had already memorized from new images (general recall), but not to recall the detailed placement of objects in the scenes (detailed memory).

The scientists explain that this is because there would be two different networks for the formation of short-term memories in the brain.

The other network would depend on the state of the hippocampus, and would affect the formation of short-term memories, along with the ability to form long-term memories.

Another author of the research named Nathan Cashdollar, points out that although other recent observations had already begun to challenge the classic distinction between short-term and long-term memory and its relationship with the hippocampus, this theory has been maintained for almost half a century.

The importance of the results obtained in this research is that they represent the first anatomical and functional evidence of the mechanisms that are shared in the formation of short and long-term memories, and which are independent in said formation.

Thanks to them, it is now known that there are two distinct networks on which short-term memory is based. One functions independently of the hippocampus, and therefore is not affected by disorders that affect this region of the brain, while the other depends on it.

The results of this research have been published in the Proceedings of the National Academy of Sciences (PNAS).

If the different types of memory were not independent, when one failed, they would all fail. Fortunately, the brain dedicates different areas to each of the types of memory, so altering the MLP, for example, does not have to affect the MCP.

In general, all types of memory work together and it would be very difficult to decipher where one begins and another ends. On the other hand, when one of them is damaged, our brain cannot carry out its function, with fatal consequences in our daily lives.

Short-term memory impairment can reduce both the time and the amount of items you handle. Thus, in a slight alteration, perhaps we can retain less amount of information for less time, so it would be a “little visible” damage. On the other hand, a serious alteration could practically disable the function of the MCP, with very important consequences.

Short-term memory can be damaged in a number of ways. MCP has been seen to be altered in moderate stages of Alzheimer’s disease, although damage to MLP is much more prominent in this disease.

The importance of short-term memory in dyslexia has also been pointed out, since the difficulty of storing phonological information can lead to problems in the acquisition of reading.

Additionally, marijuana use is another factor that can affect the integrity of the CCM. Brain damage from a stroke or head injury may also impair short-term memory.

FAQS: What part of the brain controls short-term memory?

What part of the brain controls short and long term memory?

The hippocampus and the prefrontal cortex.

The various stages of memory are handled by various parts of the brain. In the frontal lobe of the cerebral cortex, short-term memory predominantly occurs. And the knowledge in the hippocampus makes a stopover.

Which side of the brain affects memory?

The right side is responsible for cognitive functions (reasoning skills). Injury to the right hemisphere of the brain causes cognitive and communication dysfunctions, such as memory, attention, and reasoning problems.

How does short term memory work?

Short-term memory is the capacity to consciously retain a limited amount of sensory feedback information in mind so that it is usable automatically for a short period of time.

The consolidation of long-term memory occurs in the brain structure called the hippocampus and this happens during our hours of sleep.

Now, in this post we answered the question ‘’What part of the brain controls short-term memory?’’ We introduced you to what short-term memory consists of and what brain structures are responsible for this type of memory, as well as the conditions that can affect it.