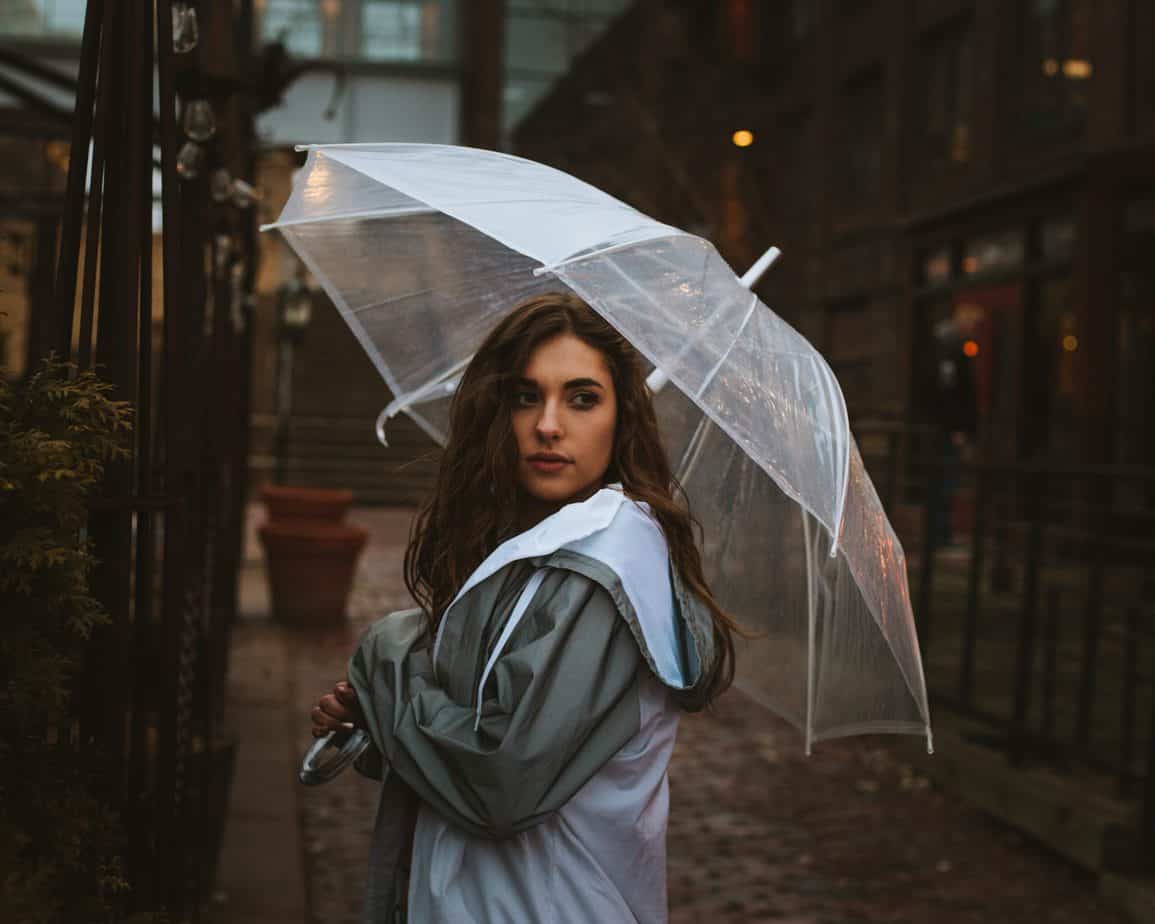 What part of the brain controls mood?

The limbic system is the area of the brain that directs our emotions and mood.

From time immemorial we have blamed the heart for our deepest feelings, holding the brain responsible for the most sensible and judicious decisions. Well, it’s time to make amends for this terrible mistake. The truth is that the brain is the organ that is behind all our emotions, through the famous limbic system.

It is a network of neurons located in the brain that directly affects human behavior, due to its great influence on moods. Fear, joy, sadness, anger … All the feelings that we experience in our day to day have a neurological basis in this network.

In addition, the limbic system affects everything related to pleasure, in its most basic definition. For example, when it comes to having sex or enjoying a delicious meal.

Similarly, our emotions affect other fields of action of the human being, such as concentration or learning. When we feel sad or worried, our ability to focus on an important task becomes more difficult, right? Well, the limbic system is to blame for it.

Within all the complexity of the limbic system, we find certain very important structures involved with memory: the amygdala and the hippocampus.

The first is responsible for determining which memories are stored and in which part of the brain they will be stored, while the hippocampus will be responsible for sending these memories to the appropriate part of the cerebral hemisphere that will store them in the long term, so that they are later retrieved when are necessary, for example, when we do an exam.

Therefore, it has been found that any damage to the latter structure can result in an inability to form new memories. The anterior part of the brain, known as the diencephalon, is also included in this complex limbic system and contains the thalamus and hypothalamus, two other very significant structures.

The thalamus, while more involved in perception and regulation of movement, also connects with other parts of the brain and spinal cord, which play an essential role in sensations.

Likewise, the hypothalamus plays a vital role in the regulation of body temperature, the adrenal glands and the pituitary, among many other activities, such as the regulation of hormones, which on multiple occasions notably mark our behavior and our social projection.

In summary, the limbic system is the part of our brain where our emotions and feelings are mainly formed, where we store all the good and bad memories of our life and the one that governs our sensory perception among other functions of great importance.

Most of us have had moments when we feel sad, we may not stop thinking about our worst mistakes or our most embarrassing memories, but for some, these poor moods can be relentless and even debilitating.

Now, new research from the University of California San Francisco (UCSF), in the United States, has identified a common pattern of brain activity that may be behind these feelings of bad mood, particularly in people who have a tendency to anxiety.

The recently discovered network is a significant advance in research on the neurobiology of mood and could serve as a biomarker to help scientists develop new therapies to help people with mood disorders such as depression.

Much of the study on mood disorders in the human brain has been focused on experiments in which participants see disturbing images or hear sad stories in a functional MRI scanner.

Much of the study on mood disorders in the human brain has been focused on experiments in which participants see horrific content or hear tragic stories in a functional MRI scanner.

These studies have helped researchers recognize emotion-related areas of the brain in stable and depressed individuals, but they do not say anything about the normal mood changes that people encounter during the day or give details about real mood-based brain activity processes.

These gaps have started to be filled by newly published studies by UCSF neurosurgeon and neuroscientist Edward Chang and psychiatrist and neuroscientist Vikaas Sohal, two members of the UCSF Weill Institute for Neurosciences and the recently launched UCSF Mood Disorders Center.

By continuously monitoring brain activity for a week or more in human subjects and relating their frequent mood changes to particular patterns of brain activity in our comprehension of the neuroscience of mood.

This multi-agency joint project, initiated in 2014 under the umbrella of the White House BRAIN Initiative, aims to enhance understanding of the brain pathways underlying neuropsychiatric conditions such as depression and anxiety, and to develop new technique to treat these debilitating brain disorders.

View of the real neuronal substrates of the mood

“It’s remarkable that we can see the actual neural substrates of human mood directly from the brain,” says Chang.

“The findings have scientific implications for understanding how specific brain regions contribute to mood disorders, but also implications to identify biomarkers that could be used for new technology designed to treat these disorders, which is one of the top priorities of our SUBNETS effort.”

As part of the normal training for surgery to extract brain tissue that induces seizures, the researchers recruited 21 adult epilepsy patients who had 40 to 70 electrodes placed on the surface of the brain and deeper in the brain.

And over period of seven to 10 days, the researchers reported a wide spectrum of brain function in these participants, focusing especially on those deep brain structures that have already been involved in mood control. And now with software on their tablets, the moods of the patients were documented periodically during the day.

Computational algorithms were then used by the researchers to align patterns of brain activity with changes in mood that patients reported. Lowry Kirkby, a postdoctoral researcher in Sohal’s lab, and Francisco Luongo, an alumnus of the UCSF Graduate Program in Neuroscience, have developed these new algorithms.

The team did not look at the mood surveys immediately to prevent skewing their study at the beginning; instead it first studied long-term recordings of brain activity in each participant to establish so-called intrinsic coherence networks (ICNs).

ICNs are classes of brain regions whose patterns of behavior often fluctuate at a common frequency (like members of a college band, marching in unison). This timing was used as a clue to areas of the brain that in potentially significant ways interact with each other.

The researchers plotted the CINs of each subject on neural connectivity diagrams to compare the findings in the unique brains and the various electrode placements of the 21 study participants.

Several “siblings” – groups of brain regions that repeatedly coordinated at particular frequencies and therefore constituted functional brain circuits – were discovered by comparison of these structured records of network activity throughout the participants.

In 13 research subjects, one sorority was very involved and organized; all of whom also scored high on a psychological measure of anxiety administered prior to the start of the study. Changes in the function of this brain network were also strongly associated with everyday episodes of low or depressed mood in these same individuals.

It’s all in the brain waves

This mood-related circuit was identified by so-called beta waves in the hippocampus and amygdala, coordinated oscillations between 13 and 30 cycles per second, two deep brain regions that have long been connected to memory and negative emotions, respectively.

Sohal says the study team was initially shocked by the clarity of the discovery. “We were very surprised to identify a single signal that almost completely explained episodes of depressed mood in such a large group of people,” says Sohal. “Finding such a powerfully informative biomarker was more than we expected at this stage of the draft”

Fortunately, in eight other study participants, all with relatively low pre-existing pre-existing anxiety, this clear correlation between mood-linked beta waves in the amygdala and the hippocampus was completely absent, indicating additional issues about how the brains of women who are prone to anxiety which differ from others in how they manage emotional situations.

We can define this substance as a hormone that our body produces (more specifically, it is generated in the intestines and in the brain) with the aim of maintaining an emotional balance and a certain level of psychological well-being.

This hormone is a neurotransmitter whose chemical composition is 5-HT, which means that the signals it sends go directly to our nervous system and the message is transcribed there.

Being considered a neurotransmitter, we understand that serotonin will have its main effect on the central nervous system. Scientific studies show that there is a profound relationship between low serotonin levels and mental disorders such as depression or stress. Furthermore, adequately high levels of this hormone produce pleasant feelings of psychological well-being.

As we have been commenting throughout this article, the main function of serotonin in our body is the regulation of mood. The levels of this hormone must be maintained in normal values ​​to be able to experience balanced emotions.

If the production of serotonin suffers some kind of imbalance, we can experience discomfort, anger, irritability, risk behaviors… Many of these symptoms coincide with depression, therefore, we can affirm that low levels of serotonin are related to the appearance of this mood disorder.

Once you understand how the brain determines our moods. Dr. Korb proposes certain actions that are modifying the structure of our mind;

FAQS: What part of the brain controls mood?

What part of the brain controls mood and behavior?

The limbic system is the area of the brain that directs our emotions and our most primitive sensations: those related to survival.

Which side of the brain controls emotions?

The more excited we are, the more the left brain is usually activated.

What parts of the brain controls happiness?

The area of the prefrontal cortex on the left side, mainly, is associated with the emotions of happiness.

How does the brain control emotions?

The hypothalamus is responsible for releasing all the hormones necessary to feel emotions while the hippocampus controls the mental processes related to memory, and with the memory of situations that generate emotion so that we can remember these situations.

Do emotions come from the heart or brain?

It is true that the brain and the heart are related, since the heart beats at a different rate depending on the emotions that our body feels, but it is the brain that is in control.