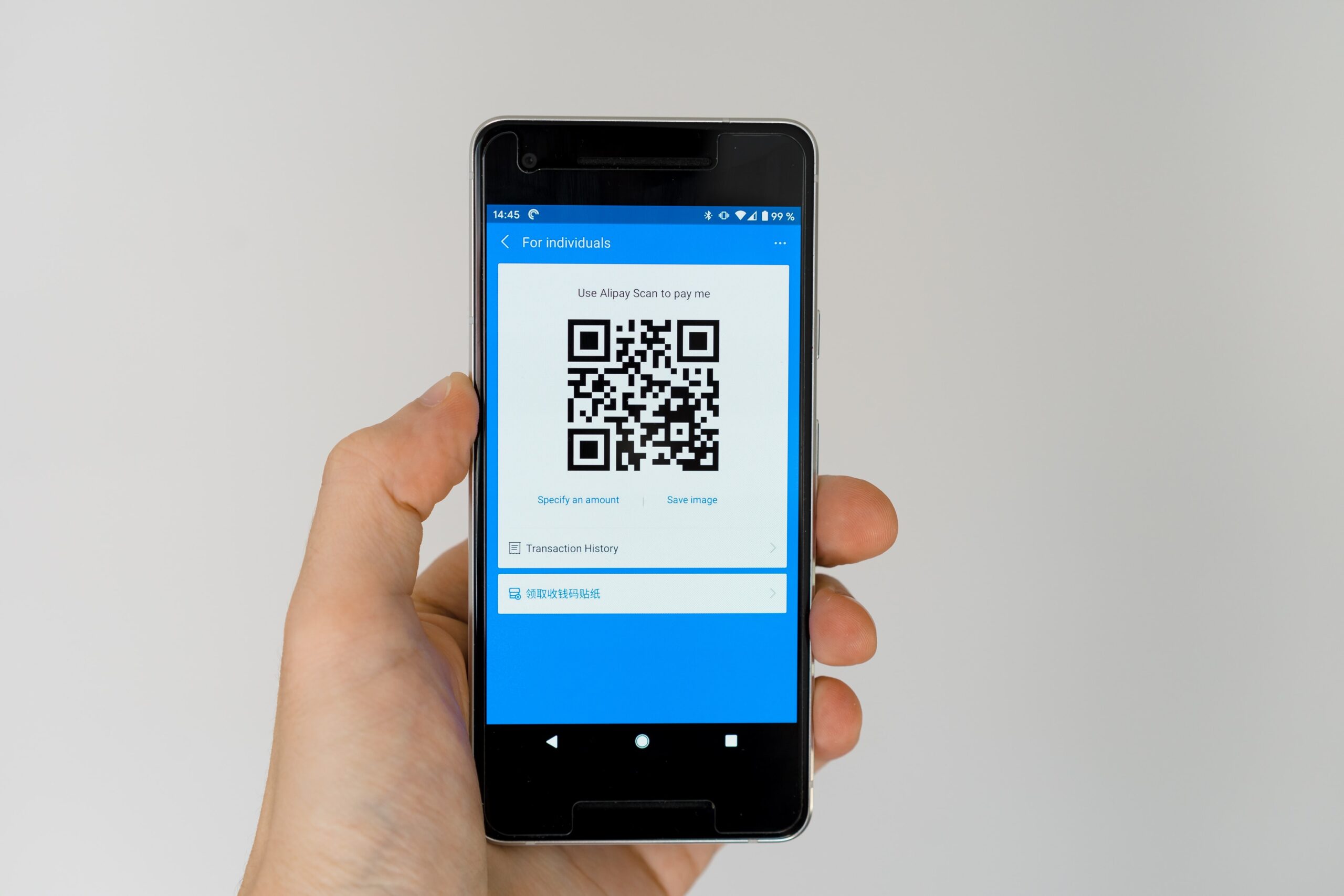 Choosing a career is in itself a decision that can bring a lot of headaches. We must take into account several aspects such as the type of institution in which we want to study, the income, the cost involved, the modality, the location of the headquarters, and if the job prospect is favorable.

Now, if we are clear about the aspects in which we are not willing to compromise, our search begins to be limited. This can happen for some students in relation to personal tastes regarding certain disciplines or subjects.

What are we referring to?

To the wonderful world of mathematics!

In this article we are going to answer the question ‘’What high paying jobs don’t require math?’’ We will present you the top of the jobs that ALMOST do not need math, the main characteristics of each one and their average salary.

Mathematics: High schools suggest it, colleges require it, and television warns of its importance. Math skills are thought to be the main part of securing any job that pays well. However, this concept is partly false.

It is not a surprise that many people are not talented in this field. However, these people are not condemned to low-paying jobs serving hamburgers for the rest of their lives.

The first two groups usually choose careers in which there are few subjects related to mathematics, although there are not many. That is why we have selected several different types of careers for you, but they all agree on something: they do not have mathematics.

The US Department of Labor Database has rated the various professions based on how important it is to use mathematics to solve problems, assigning each occupation a score of “importance of mathematical level” from 1 to 100.

Between 90 and 100 are the professions of mathematicians and, below 10, jobs completely removed from numbers such as masseurs, actors or singers.

Emmie Martin and Jackelyn Smith of ‘Bussiness Insider’ have made a selection of the professions that require a level of mathematics below 31 – where only a few simple calculations are required – in which the salary is higher. They are these, ordered from highest to lowest salary:

Dentists who specialize in orthodontics only require a mathematical level of 31 but, as everyone knows, they tend to have quite high salaries.

An orthodontist is also known as a dentist and is the professional in charge of oral health who not only focuses on the teeth, but also on the various organs that make up the oral cavity.

Dentists are in charge of preventing, diagnosing and treating dental and oral diseases and disorders, performing routine and emergency procedures in order to improve the health of their patients in this regard.

According to the US News & World Report, which publishes a list of the 100 best jobs in the United States each year, the best profession for 2018 is Dentist; This decision is made with respect to growth potential, work-life balance, and salary. Overall, healthcare jobs dominated the rankings.

Pediatrics is a branch of medicine that deals with the study of the integral development of the child, from birth to adolescence. In other words, the pediatrician is dedicated to the complete care of the youngest members of the family, ensuring their well-being both in terms of health and social and/or family.

Their specialty only requires a mathematical level of 31, unlike other health fields in which more calculations are necessary, such as the work of a nurse, pharmacist, veterinarian or anesthesiologist, which is the health professional that requires greater skill with numbers.

A lawyer is the professional responsible for advising, guiding and representing their clients in legal matters.

Depending on where they work, these professionals have different titles and responsibilities. In this sense, Lawyers can specialize in specific areas of Law, such as criminal, corporate, contracts and guarantees, tax, administrative, international, commercial, real estate, family and intellectual or labor property.

Lawyers have to handle a lot of documentation, but discounting lawyers specialized in commercial operations, their knowledge of mathematics should not exceed level 28.

They prepare and give classes, seminars and small classes. College professors evaluate work, write student progress reports, and correct tests. They may also carry out research work and have some administrative duties.

They help develop students’ analytical skills and encourage independent research and study. They also help students who may be experiencing difficulties with their studies.

Law professors, according to this qualification, teach law classes at the university. Field researchers are also included in this section. In any case, they don’t need a math level higher than 25.

The primary duty of a Judge lies in defending the law and ensuring the realization of justice. Based on the allegations indicated by the parties and the evidence incorporated into the process, this professional analyzes and interprets all the elements to be able to issue a verdict and issue a sentence when necessary.

In addition, Judges participate in oral hearings, civil litigation cases, and serve as mediators in court.

Magistrates have a fairly high salary. They do not need to know mathematics to dictate their sentences: a level of 28 out of 100 is enough.

The salaries of the judges of the United States Supreme Court are set for the presidents of the court and associate judges. But on average, he has a salary of $ 121,130, although an increase is proposed for this 2020.

Midwives are professionals who provide assistance to mothers who decide to give birth in a place other than a health center, a modality that is increasingly preferred by more women, given the comfort and privacy that is obtained during childbirth.

Midwives are trained in all the necessary procedures, as well as the care to take into account at the time of birth. These professionals also choose to provide their services in health centers and organizations dedicated to assisting future mothers during pregnancy.

Obstetric-Gynecological Nursing is one of the most demanded specialties of nursing studies and one that requires less mathematical knowledge: 31, compared to intensive care nurses (44) or anesthesiologists (47).

The film director is the person who directs the filming of a movie, gives instructions to the actors, decides the camera setting, supervises the set and costumes, and all other functions necessary to carry out the shooting.

They also intervenes in various tasks, mainly the realization of the technical script (framing, shot, camera movements, objective and angulation), such as the selection or casting of the actors and other professionals, the natural settings in which the film will be shot, the sets, or the final writing of the script.

The directors of audiovisual programs are, stars apart, the highest-earning professionals in the media world. And they do not need a mathematical knowledge greater than 38.

Political science is part of the social sciences, so it covers various areas that study political systems, power relations, the behavior of political leaders, public opinion, international relations, armed conflicts, among others.

Political science works in conjunction with other disciplines such as philosophy, law, economics, history, anthropology, statistics, among others.

Teachers of political science or international relations are usually highly valued and do not need a very high knowledge of mathematics (25).

Occupational Therapists have extensive training that provides them with the skills and knowledge to work with those individuals or population groups that suffer the affectation of a body structure or function, due to some change in health, and therefore cause them to experience limitations. in your participation.

Occupational Therapy is practiced in a wide variety of fields of action, including hospitals, health centers, private homes, workplaces, schools, centers for minors and homes for the elderly.

The professionals who run the rehabilitation programs are indispensable in the health system and their average salary is quite high compared to other health professionals.

Cultural Studies Professors teach courses, such as ethnic studies, women’s studies, or urban affairs, concerning the culture and growth of a city, an ethnic group, or any other group.

Both teachers who are mainly interested in teaching and those who do a mixture of teaching and study are included. They also introduce, encourage and manage discussions in the classroom.

Other well-rated university professors and researchers who do not require mathematics level higher than 25. Now, it is not easy to get your position.

Why do we run away from mathematics?

Mathematics is a science that is based on logic and that studies the properties and relationships between numbers, geometric constructions and symbols. In fact, the origin of the word mathematics comes from ancient Greek and means “field of study or things that are learned.”

In its practical sense, it is a language that can be used as a tool in the most diverse contexts and fields. This translates directly to the careers we can study, such as professions related to medicine, natural sciences, engineering, social sciences, and music.

Although it is not a specific subject of the career you have decided to study, mathematics is inevitable and necessary for all aspects of our life. In fact, they have several benefits, so we recommend that you make friends with them. It will be of great help to you.

Thanks to them you will be able to develop analytical thinking, stimulate your mind, and systematize your reasoning.

If you remain firm in your decision to escape how this discipline leads, luckily there are several career options without mathematics.

Are there any jobs that don’t require math?

Yes, in areas such as entertainment, communications, art and design, healthcare, sanitation and protective services, none of which require mathematics preparation or the daily use of mathematical skills

What major does not require math?

All majors need at least one math class. But social science majors like Sociology, Anthropology, and Psychology don’t have as much math.

What is the easiest job that pays the most?

Perhaps as an astronomer, although you have to study a lot, especially in mathematics or physics, already when you are exercising, you do not find yourself in stressful situations and you spend your time doing research or giving lectures.

Do all jobs need math?

To some extent yes, not all jobs need math skills. But many professions need math as a prerequisite.

What can I study without maths?

In this article we answered the question ‘’What high paying jobs don’t require math?’’ We presented you the top of the jobs that ALMOST do not need math, the main characteristics of each one and their average salary.