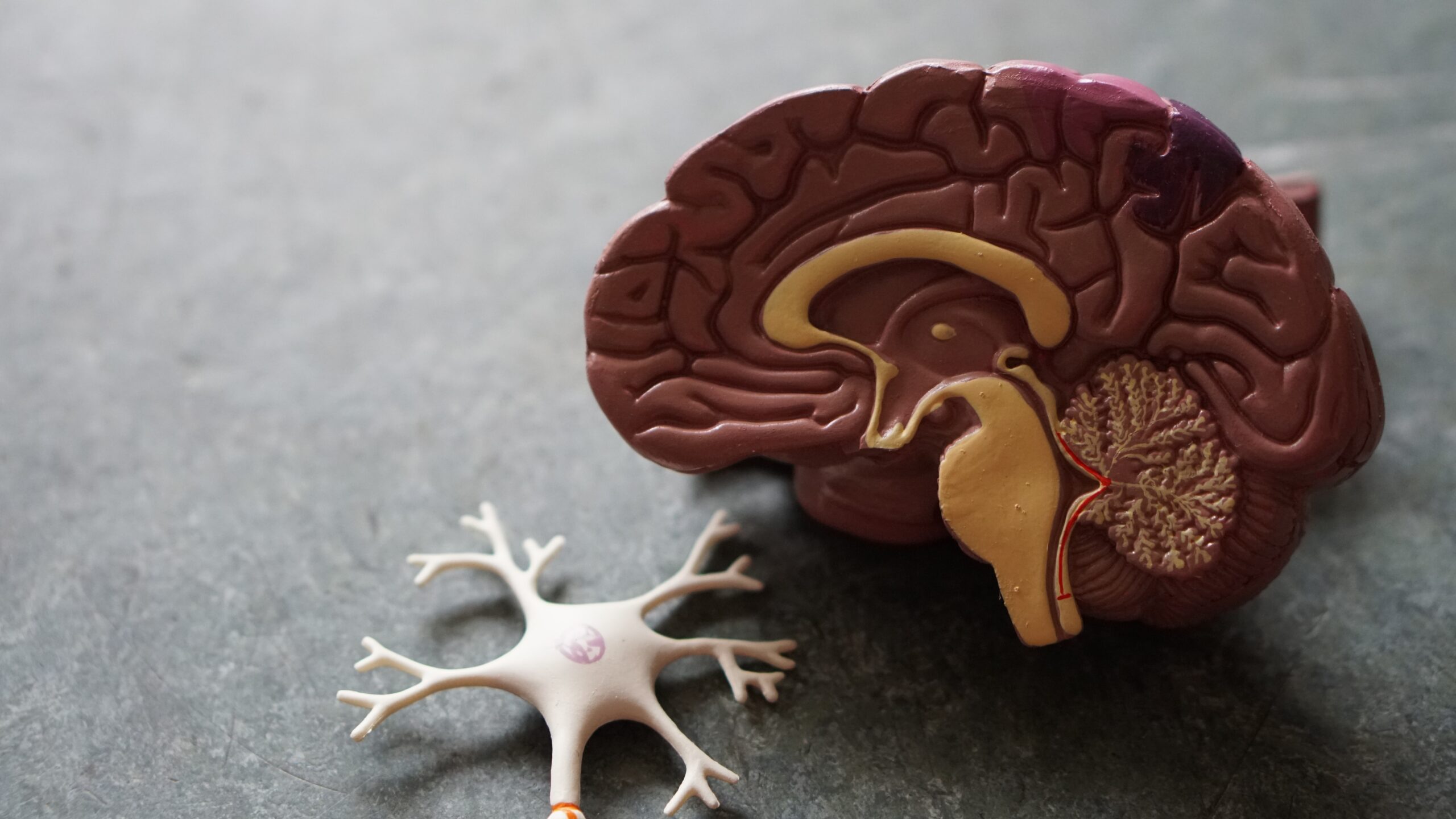 In this post we are going to answer the question ‘’What happened to JFK’s brain?’’ We will investigate one of the darkest mysteries in the entire history of America: the assassination of John F. Kennedy and the disappearance of his brain.

What happened to JFK’s brain?

After his death in 1963, John F. Kennedy’s brain was stolen.

Along with Washington and Lincoln, John Fitzgerald Kennedy (1917-1963) is one of the most famous presidents of the United States in the world.

Known as John F. Kennedy, Jack Kennedy or JFK, he was the thirty-fifth president, the youngest elected (43 years), the only Catholic and the last of the four who were assassinated during his tenure along with Lincoln, Garfield and McKinley.

Kennedy’s presidency was not exactly calm and several political problems left the planet several times on the brink of World War III:

The unsuccessful Bay of Pigs invasion, the Soviet missile crisis in Cuba, the construction of the Berlin Wall and the The beginning of the Vietnam War are in the debt of a president who, on the other hand, lived the birth of the civil rights movement and created the image of a telegenic and energetic man, prepared for a new world: a young hero of war.

Pulitzer-winning writer and sportsman, president who had a swimming pool and a tree house built in the White House, capable of standing up to Nikita Khrushchev -political commissioner in defense of Stalingrad- and of seducing Marilyn Monroe.

As is well known, John F. Kennedy was assassinated on November 22, 1963 in Dallas, Texas. At 12:30 pm the presidential procession, in a convertible with the president, Jackie, Governor John Connally and his wife, headed for Elm Street. At that moment, three shots were heard and the president was shot twice, one of them, probably the third, in the head.

He was immediately taken to Parkland Hospital where they saw that he was “dying” and mortally wounded from necessity. In fact, according to some of those present “he was missing half a head.” Half an hour after the attack he was pronounced dead.

The president’s body was transferred to Air Force One, the presidential plane, brought up through the rear door, removed a row of seats in the passenger compartment and placed there.

Vice President Lyndon B. Johnson was sworn in as President on the plane itself with Jacqueline Kennedy beside her, her dress still stained with blood and the President’s body, still warm, in the back rear of the aircraft.

Upon arrival in Washington, the body was transferred from Andrews Air Force Base to nearby Naval Hospital in Bethesda, Maryland, for an autopsy.

The hospital was apparently chosen by Jacqueline Kennedy on the grounds that her husband had been a naval officer. The body was accompanied by the widow, the attorney general, and three secret service agents.

The autopsy began at approximately 8:00 p.m. and ended after midnight.

How could it be otherwise, it is very detailed and describes the wounds caused by two bullets, one in the back, near the base of the neck, which would come out through the throat.

And another in the head that entered from the back, near the crown of the head, it severely damaged the right cerebral hemisphere and created a hole in the lateral part of the skull measuring 13.5 cm in diameter.

What happened after the autopsy?

After the autopsy, the body was transferred to the East Room of the White House, where it remained until Sunday with a presidential guard.

The next day a mass was held at St. Matthew’s Cathedral, the state funeral, and later burial on a small plot of land in Arlington National Cemetery. The first three years after his death around 16 million people visited his grave.

On March 14, 1967, the body was transferred to a permanent memorial in the same cemetery.

A week after the assassination, the new president, Lyndon B. Johnson created the Warren commission to investigate the events, named for being chaired by Earl Warren, Chief Justice of the Supreme Court.

The results of this commission, basically that the murder was an individual act by Lee Harvey Oswald, have been widely discussed and even today two thirds of Americans think that it is not true, that there were many more people involved and that different interests came together to kill to the president.

In 1976 the United States Congress established a new commission (United States House Select Committee on Assassinations) to investigate the events surrounding the death of the president.

Three years later they issued their final report in which they concluded that the murder was a conspiracy in which there were active or passive complicities of the US government itself.

The Justice Department, the FBI, the CIA and the Warren Commission were harshly criticized for poor performance in clarifying the facts, and the Secret Service was denounced as deficient for failures to protect the president.

The committee also reevaluated the autopsy. To do this, he assembled a panel of nine coroners, eight of whom were responsible for the main local jurisdictions in the United States and had, together, done more than 100,000 autopsies.

Their results were based on existing X-rays and photographs, verified their authenticity by comparing them with the President’s dental and photographic records, and interviewed everyone present at the autopsy.

After autopsy, the brain was placed in a stainless steel jar with a screw cap, presumably with formaldehyde or another preservative, and was stored under lock and key in a filing cabinet in the President’s Executive Office.

On April 22, 1965, Robert F. Kennedy, then a senator, sent a letter to Dr. Bourkley requesting that the remains be transferred to Mrs. Evelyn Lincoln, President Kennedy’s former personal secretary, who was sorting out his papers and personal objects to send them for conservation to the National Archives.

The letter also stated that the material should not be given to anyone without the explicit agreement of Robert himself.

Before the move, Bourkley and several Secret Service agents made a detailed inventory, the first ever, that collected a stainless steel container with the remains of Kennedy’s brain, histological sections, blood films, pieces of bone, photographs and X-rays of the autopsy.

On October 31, 1966, precisely on Halloween, it was discovered that not only the brain but the filing cabinet and all the biological material from the autopsy had disappeared. The remains were not interred in the tomb at Arlington and the following are missing from the inventory:

According to the New York Post, the American writer James Swanson suggests that the brain of John F. Kennedy, the former US president assassinated in Dallas, could have been extracted by his brother Robert.

When what could have happened has been traced, it appears that Angela Novello, Robert Kennedy’s personal secretary, took the biological materials from Mrs. Lincoln’s office, following orders from her boss and with the knowledge of Herman Kahn, archivist presidential libraries.

In its opinion 150 the committee said, “Consequently, although the committee has not been able to discover any direct evidence of the fate of the missing materials, the circumstantial evidence tends to show that Robert Kennedy either destroyed these materials or otherwise caused them to be inaccessible”.

And why did Robert make his brother’s brain disappear?

Those who believe in a conspiracy think that the missing brain could have shown that Kennedy was not killed by Lee Harvey Oswald’s shooting, but that he was shot from the front, killed by another sniper.

However, the autopsy records are clear on the impacts from behind both bullets and other possibilities seem more plausible: John F. Kennedy was in very fragile health: Addison’s disease, hypothyroidism, chronic pain … that was hidden from opinion public.

Among his doctors was Dr. Max Jacobson, aka Miracle Max or Dr. Feelgood, who treated his wealthy clients with a cocktail of amphetamines, hormones, animal cells, steroids, placenta, vitamins, and painkillers that he apparently left his patients with as motorcycles, although with problems of hyperactivity, hypertension, impaired judgment, nervousness and others)

They said that he visited JFK 34 times to administer his magic medicine. It seems likely that Robert Kennedy made his brother’s brain disappear to maintain his image, his legacy, to hide the president’s illnesses or to leave no trace of the drugs and / or drugs he was taking.

Be that as it may, until now there is no information on the location of the president’s brain.

FAQS: What happened to JFK’s brain?

Nellie Connally, the First Lady of Texas, turned to Kennedy, who was sitting behind her, and commented, “Mr. President, you can’t say Dallas doesn’t love you”. Kennedy’s reply – “No, you certainly can’t” – were his last words.

What was JFK’s famous quote?

Why was JFK’s sister lobotomized?

Why did all the Kennedys die?

What type of president was John F Kennedy?

At 43 years old, he was the presidential candidate of the Democratic Party in 1960, defeating Richard Nixon in one of the tightest presidential votes. Kennedy had been the last person to be elected as senator. He has also been the only Catholic president of the United States.

In this post we answered the question ‘’What happened to JFK’s brain?’’ We investigated one of the darkest mysteries in the entire history of America: the assassination of John F. Kennedy and the disappearance of his brain.