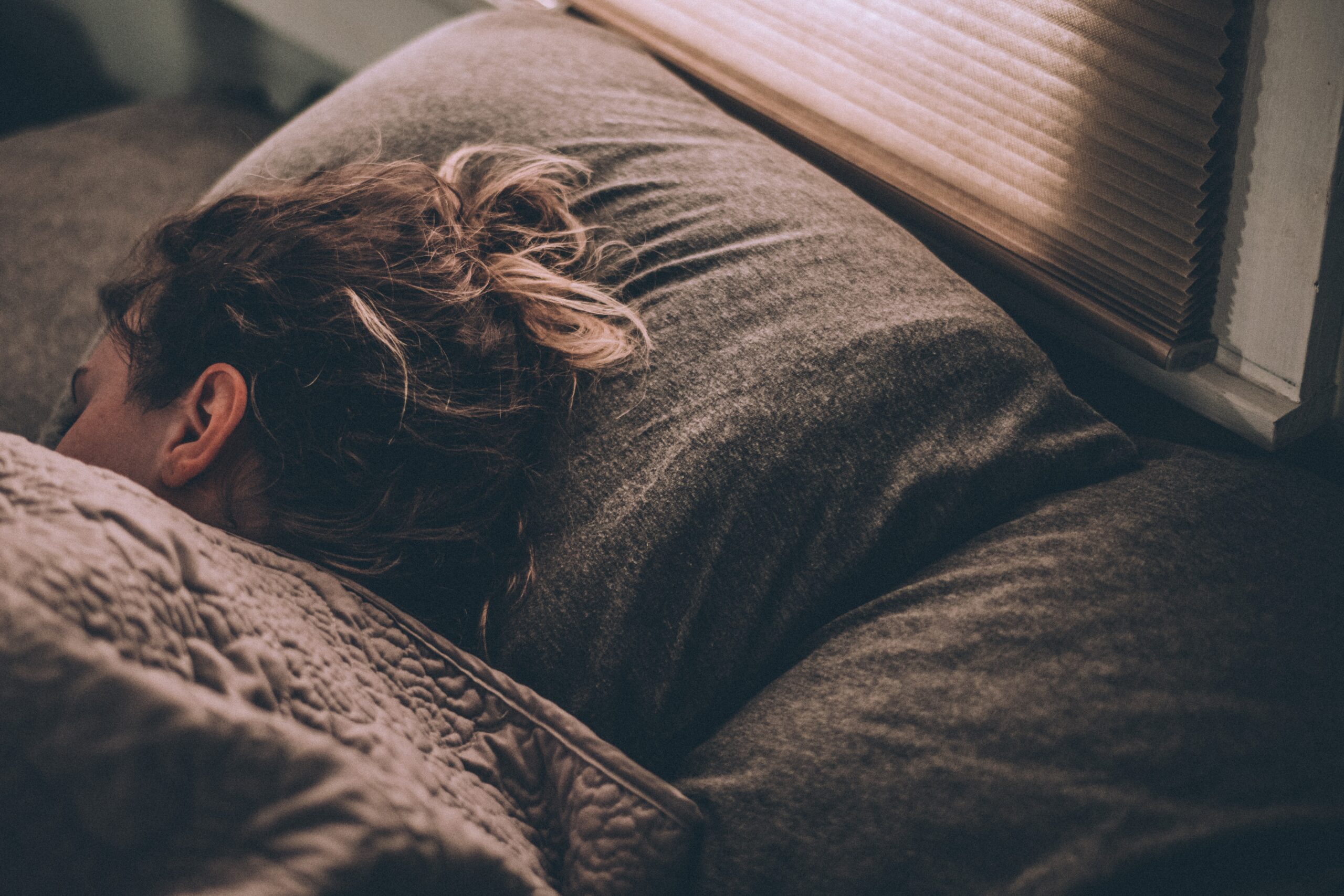 The brain grows a lot in the first two years of human life and after 5 years of age it grows more slowly until reaching its full size by adolescence. However, although its growth has a limit, its development never ends as it increases and improves the functions it performs throughout life. For this development and proper functioning, the brain needs fuel.

In this post we are going to answer the question ‘’What does the brain use for energy?’’ We’ll introduce you to the main fuel the brain uses to function, how it gets it, and what it uses in the moments when it can’t get it.

What does the brain use for energy?

The brain uses glucose for energy.

The general consensus, as observed so far, says that the brain consumes a total 20% of all the daily calories we need. It may seem little, but the truth is that it is outrageous if we take into account that the brain represents only 2% of the total weight of our body. That means using a quarter of the total glucose we have.

Glucose is the immediate “fuel” that we use to perform any action. (There are also fats, more energetic substances but more complex to use). In more concrete figures, a normal day of an adult the brain can use about 20 watts of power, which is a considerable figure for “not moving anything”.

This organ, in fact, is the most sensitive to the lack of oxygen and glucose in the whole body. With only ten minutes of interruption of one of these two elements, we can already have permanent brain damage.

When there is hypoglycemia and the brain does not receive a minimum and constant dose of glucose, we can lead to loss of consciousness. But, I insist, even so, we do not quite understand why the brain needs so much energy.

For all this, urban legends have arisen such as that we only use a small potential of the brain (this is not true, we use it completely), or evocative ideas such as called “dark energy of the brain”, which is nothing other than the shape they have some refer to that unknown use of the energy that this organ expends.

But what does it use it for?

To date, we have only managed to account for approximately 10% of the total energy used by the brain. That leaves us 90% problematic. And it is a very considerable figure.

A recent study from IBM’s research division, and led by J. Kozloski, tries to justify this unheard-of figure in an equally surprising way: what if the brain used that energy to cycle through neural circuits again and again? As if it were a redundant signal, running through the brain over and over again, this system could make sense.

Let’s divide the functions of the brain into three: sensory (what we feel), ethological (what we do about it) and limbic (which means all of this to us). According to this definition, these three aspects are in charge of acquiring new information.

According to the model proposed by Kozloski, these three aspects are what the brain “goes through” over and over again in what he has come to call the “Grand loop”.

To see if their hypothesis makes sense they have put it to the test with a neuronal tissue simulator built by IBM. This is nothing more than a system that, through algorithms, mimics the way neurons work.

For now, the model seems quite consistent with what has been measured to date. That is not to say that it is correct, or at least in its entirety. But it does indicate that the process could be one of the valid options to explain that 90% of “dark energy in the brain” that we cannot explain.

But this model not only serves to satisfy our curiosity.

As the researcher himself explains, the simulator and the proposed model could help to resolve other doubts such as those that arise when talking about neurodegenerative diseases. Diseases such as Huntington’s or Alzheimer’s are great unknown at a medical and physiological level.

Perhaps we are before the beginning of a new paradigm of neurology that solves, once and for all, the doubt about the happy “dark energy of the brain”.

Where does the energy used by the brain come from?

Do you know how your mind creates processes to stay active?

Mainly sugar, glucose. Glucose breaks down and is used in the process to create a hydrogen ion gradient (oxygen is needed too, that’s why we breathe).

So you have a kind of dam with a lot of hydrogen on one side and little on the other. They can only pass through a specific structure, which uses force to create ATP (adenosine triphosphate).

So ATP is used to power many biological processes, including the active processes that keep your neurons active.

Neurons communicate using a similar gradient method. When the incoming signal increases the voltage enough, the blocked voltage channels open and sodium can flow making it more positive. The neighboring door also opens, the same thing happens and the chain continues until the synapses, where the neurotransmitters are released, do the same with the next neuron.

In order to keep the neuron negative and reset it after its activation, an active process transports the ions across the membrane, which requires energy, and the energy comes from ATP.

So primarily, your brain runs on sugar and oxygen, which it uses to power the ATP machine in your mitochondria. And well, nothing, thanks to these processes our brain keeps working and being incredible.

Taking these precepts into account, it can be understood that when the transport and management of glucose circulating through the blood fails, an increase in the propensity for neurodegenerative diseases can be generated.

In fact, one of the effects of brain aging is precisely the reduction of the immense vascular network of the brain, which hinders the transport of glucose to the cells, which in turn accelerates brain damage.

The main glucose transporter within cells is insulin. Consequently, when there are deficits or alterations in this hormone, as occurs in a metabolic syndrome or in diabetes, a hypometabolism of glucose occurs. As a result, brain damage processes are accelerated, that is, the brain ages more quickly.

However, until recently it was thought that insulin was not very important in the uptake of glucose by brain cells, since they have alternative systems to supply glucose without the need for insulin.

However, some studies have reported that diabetes accelerates decline in memory by 45%, decline in reasoning by 29%, and overall cognitive ability by 24%. These adverse effects are observed even in young brains, which would indicate that insulin imbalances are a determining factor for age and brain health.

An alternative way for neurons to feed is thanks to ketone bodies. Ketone bodies are molecules that are produced mainly in the liver from fats.

This process occurs mainly when glucose is lacking, such as when you eat little or fast. Ketones are also produced in higher amounts when following a ketogenic diet in which low carbohydrates are consumed and fatty foods predominate.

How does the consumption of ketone bodies affect the brain? Although many aspects of this fuel in neurons are still unknown, it is known that the uptake of ketones with age is not as for glucose.

Some studies have shown that even in the brains of the oldest, the metabolism of ketone bodies remains intact, although that of glucose is reduced. Ketones are still consumed in the same way in people with severe glucose hypometabolism or even in people with Alzheimer’s.

Another interesting fact is that ketone bodies contribute to the maintenance of synaptic plasticity (that is, the circuit of connections between neurons and the communication between them) and in addition help to preserve memory and mental activity in general at ages above 85 years.

This is how the brain protects itself when it lacks energy

British researchers from the universities of Leeds, Edinburgh and Dundee have found out how the brain protects itself from damage when it is “low on energy”. The findings could lead to new treatments for patients at risk of having a stroke.

Many regions of the brain consume more energy than the leg muscles during a marathon. Even when we sleep, the brain needs fuel on a regular basis. Much of this energy is needed to activate action potentials, that is, the small electrical impulses that travel through neurons.

These electrical impulses cause the release of chemical messages in the nerve endings, which allows the brain to process information and control functions of the body.

Normally, the blood supplies enough glucose and oxygen to the brain to generate the large amount of energy needed to activate these action potentials. However, if the blood vessels supplying the brain become narrowed or blocked, the supply of vital nutrients is restricted.

A team of researchers has discovered that, when this occurs and the energy supply begins to run out, the brain launches a protection strategy, triggered by the AMPK protein, which reduces the frequency of electrical impulses, saving energy. That is, if brain cells run out of energy, they begin to act more slowly.

As the authors explain in the latest issue of the journal Proceedings of the National Academy of Sciences, the new findings could lead, in the long term, to the development of new treatments for patients with problems with cerebral circulation, who are at higher risk of suffering diseases such as stroke.

FAQS: What does the brain use for energy?

Can the brain use fat for energy?

The brain cannot directly use fat for energy.

Can the brain use protein for energy?

Thousands of neurotransmitters necessary for daily brain maintenance are created by a healthy brain and need proteins to do so. But the brain also needs carbohydrates for energy and other resources for brain cell repair and maintenance.

Does the brain use the most energy?

What happens if you eat no carbs for a week?

Does the brain produce energy?

In this post we answered the question ‘’What does the brain use for energy?’’ We introduced you to the main fuel the brain uses to function, how it gets it, and what it uses in the moments when it can’t get it.

‌Richardson, M. W. (2019). How Much Energy Does the Brain Use? Retrieved December 3, 2020, from Brainfacts.org website: https://www.brainfacts.org/brain-anatomy-and-function/anatomy/2019/how-much-energy-does-the-brain-use-020119

‌Nikhil Swaminathan. (2008, April 29). Why Does the Brain Need So Much Power? Retrieved December 3, 2020, from Scientific American website: https://www.scientificamerican.com/article/why-does-the-brain-need-s/