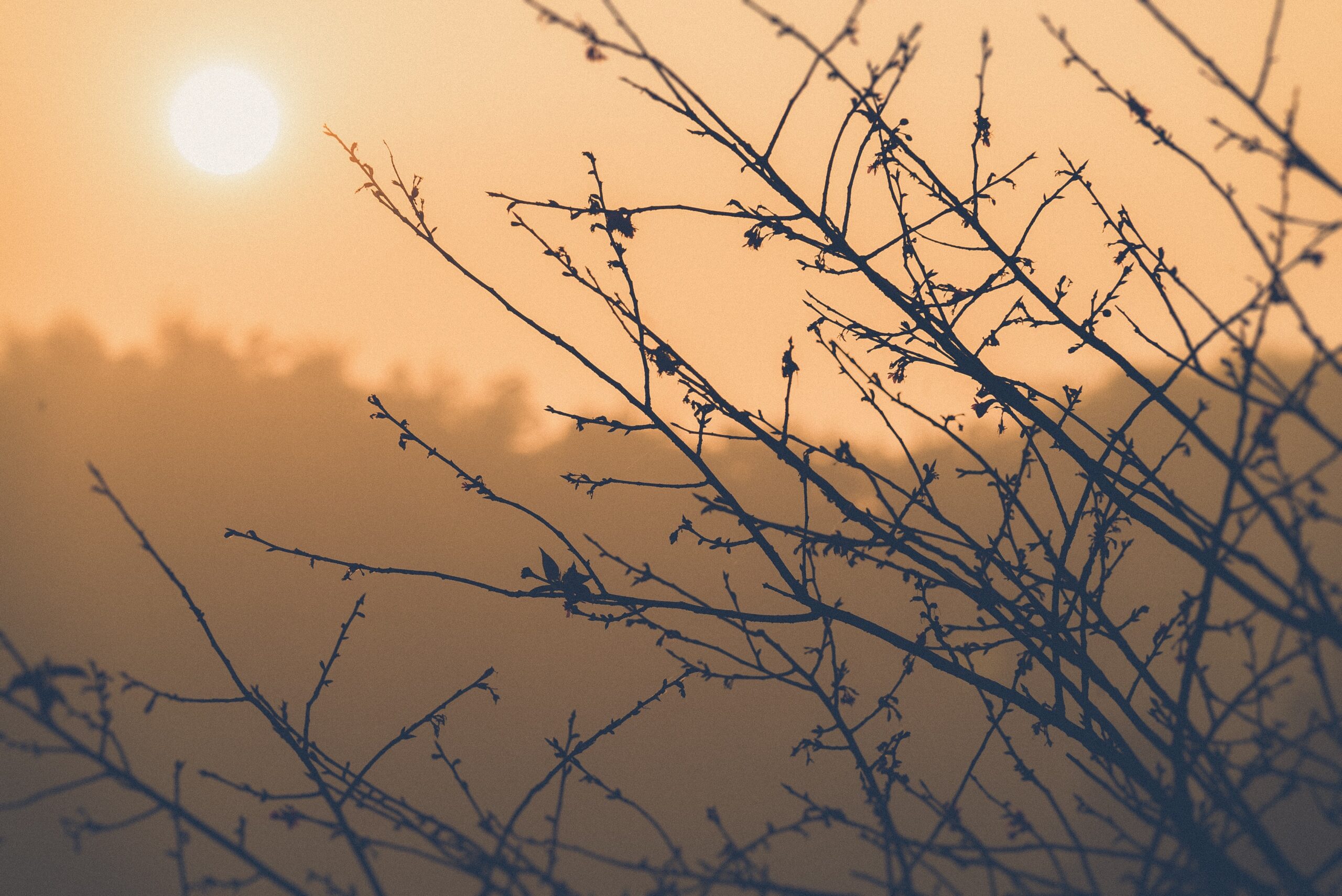 A structure that is as fragile as it’s perfect. The brain stem could be compared to a very sophisticated piece of engineering. So sophisticated that any mismatch in it has devastating consequences for the rest of the body and the most basic vital functions

In this brief guide we are going to answer the question ‘’What does the brain stem control?’’ We will describe what the brain stem is, explain its main functions, and determine why this brain structure is so important.

What does the brain stem control?

The brain is almost always associated with a kind of oval with a rough surface full of folds, but below this cerebral cortex there are many very important structures.

In fact, if we were to consider the importance of each of the parts of the brain by judging them according to how relevant they are to our survival, we would conclude that the most fundamental structure is that neither has the folded shape of the cortex nor is it shaped oval.

It is the brain stem, located in the lowest part of the brain and in direct contact with the spinal cord.

What is the brain stem?

Therefore, it is the part of the brain that is in an anatomically lower position and close to the neck. Also, most of the cranial nerves (or cranial nerves) exit from the brainstem.

The brainstem is composed of both parts of white matter and some areas in which gray matter predominates, which means that both connecting areas and areas in which the bodies of neurons concentrate, forming control nuclei, run through it. .

The brain stem is the tube-shaped structure of the brain that is located in the lowest position of the brain, close to the spinal cord.

In fact, it looks like an extension of it. It is the part of the brain that regulates a good part of our autonomous or partially autonomous vital functions, such as heart rate and breathing. It is a fundamental brain structure for survival and any injury to this part of the brain can be fatal.

It is a vital center of our body and is divided into several areas with specific functions. The image of the horizontal section of the brainstem resembles the image of a butterfly.

An exceptional film, The Diving Bell and the Butterfly, recounts the experience of a man who suffers a brain stem injury and awakens from a coma with a captive syndrome because many of his functions have been damaged. We are going to know the importance of this brain structure.

What are the parts of the brain stem?

The three structures that make up the brain stem are:

It is the section of the brain stem located in the upper part, close to the thalamus. It is in turn divided into other structures. The most important are the tectum (dorsal position) and the tegmentum (at the base).

Another important substructure of the midbrain is the aqueduct of Silvio – through which the cerebrospinal fluid circulates, another vital substance for the functioning of the brain.

Among the main functions of the midbrain are the control of certain movements, the reflex reaction to visual and auditory stimuli, the regulation of body temperature and the cycles of wakefulness and sleep.

Also called Varolio Bridge. It is the largest part of the brain stem. It is located in the middle part, between the midbrain and the medulla oblongata.

Its main function is to connect the midbrain with the medulla oblongata, so any injury in this area affects the functions of both. The cerebellum is located on the posterior aspect of the brainstem bridge. In its medial area it contains the basilar artery.

In addition to being an important nerve center for the functions of the midbrain and medulla oblongata, the brainstem bridge is a structure that itself is involved in such vital functions as the control of breathing and the regulation of consciousness.

It is the lowest part of the brain stem and communicates directly with the spinal cord. The medulla oblongata contains substructures as important as the Pyramids, which are what allow the exchange of nerve fibers between the brain and the spinal cord.

It controls vital automatic processes such as heart rhythm or the secretion of gastric substances.

What functions does the brain stem have?

Although the brain stem is attached to the spinal cord and its shape can be mistaken for a prolongation of the spinal cord, its main function is not to act as a simple bridge between the brain and the nerves that run through the human body.

The brain stem is the part of the human brain that houses the most primitive and ancestral functions, and it appeared in our evolutionary line in species that did not resemble human beings at all.

It is part of what, according to Paul MacLean’s theory of the 3 brains, has been called “reptilian brain”, precisely because it has been associated with ancestral physiological processes (although MacLean’s ideas are not considered valid, among other things, for be based on a very simplified view of the evolution of the human brain.

Thus, the brain stem is in charge of performing the most basic tasks of the nervous system for our survival, those in which we can barely influence voluntarily and which have been automated from millions of years of evolution precisely so that our wrong decisions or our distractions don’t cost us our lives.

Among the functions in which the brain stem plays a fundamental role are the regulation and maintenance of the heart rate and the automatic control of respiration. That is why the brain stem is composed of vital centers that when damaged can cause immediate death.

Other somewhat less important but nearly as primitive functions of the brainstem include control of hiccups, sneezes, and coughs, sucking, swallowing, vomiting, and sensitivity to pain. It also has a very important role in the regulation of arousal levels.

Specifically, a network of neurons distributed in part by the brain stem called the reticular formation intervenes both in the regulation of the circadian cycle (sleep-wake) and in the maintenance of consciousness.

A communication bridge with the spinal cord

In addition to all these functions, of course, the brain stem serves to communicate the cranial nerves and the spinal cord with the brain, thus being the communication pathway between the brain and the rest of the body in both afferents and efferences. This is a more passive role than the previous ones, but equally essential for the survival of the brain and of the entire organism in general.

So, what does the brain stem control? Review

The brain stem may feel like it is “just” a bridge between the spinal cord and the rest of the nervous system, but it is much more than that. Multiples neural fibres that pass through the spinal cord are aligned with the brainstem.

Within this structure, we find areas that contain islets of gray matter, the best known is the red nucleus of the midbrain. Other areas located on the outside contain white matter.

In addition to the well-defined areas of gray and white matter, it has another area where both substances are mixed: the reticular formation. In other words, it has both control cores and very important connection areas.

It is divided into three sections or substructures: the midbrain, the brainstem bridge, and the medulla oblongata.

Other functions of the brain stem

In addition to vital functions such as consciousness, breathing, heart rate, and control of gastric secretions, the brainstem is involved in other important functions. Basic functions to keep us alive such as body temperature regulation. Also swallowing and vomiting, coughing or sensitivity to pain.

It is also the most important way of communication between the body and the brain. Both afferent (body-brain) and efferent (brain-body) pathways pass through it, a fact that makes this structure a fundamental part of the brain for survival.

The brain stem could be compared to a very sophisticated piece of engineering. So sophisticated that any imbalance in it has devastating consequences for the rest of the body: remember that this area is the director of a good part of our vital functions. A tube containing a butterfly full of life

FAQS: What does the brain stem control?

What part of the body does the brain stem control?

The brain stem regulates the flow of signals between the brain and the rest of the organism, and it also regulates fundamental functions of the body, such as breathing, swallowing, heart rate, blood pressure, vision, and vigil.

What would happen if there was damage to the brain stem?

Dizziness or loss of muscle control may be caused by brain stem damage, with more serious cases resulting in paralysis, coma, or death.

What are the 3 parts of the brainstem and their functions?

The brain stem is made up of three main structures: the midbrain, the brainstem bridge and the medulla oblongata.

Why is the brainstem important?

The brainstem takes care of all the functions necessary for the body to be alive, such as respiration, digestion of food, and blood circulation.

Can the brain stem heal itself?

The brain is not able to repair itself. However, some cells that can regenerate again have been discovered, but are still under study.

In this brief guide we answered the question ‘’What does the brain stem control?’’ We described what the brain stem is, explained its main functions, and determined why this brain structure is so important.