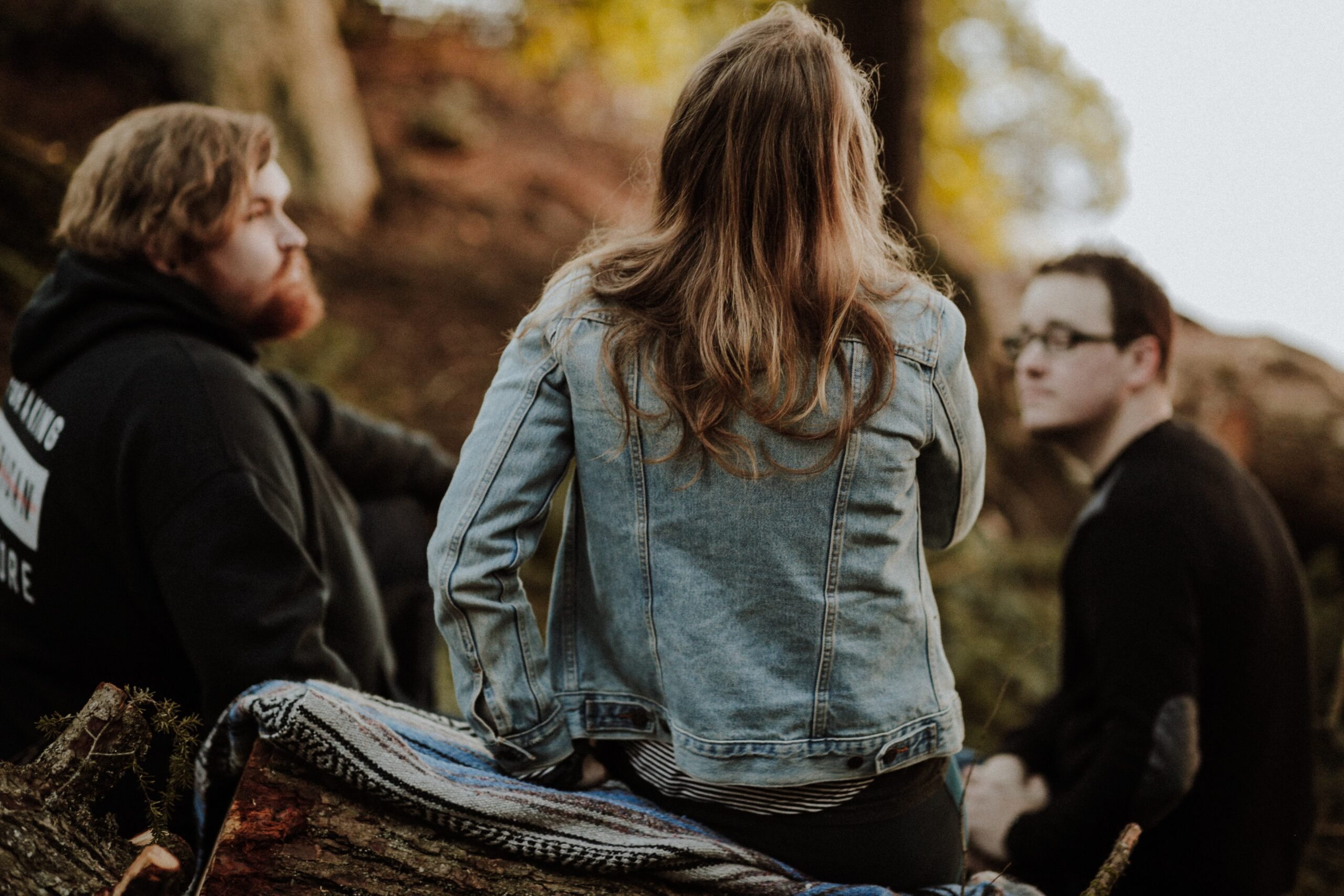 There are many questions about the brain that continue to intrigue neuroscientists today. How does this organ develop? Are there stages of brain development? Are there critical periods in which certain events must occur for the brain to develop normally? And, perhaps the most important: how and where does the brain process information?

Throughout this article we will try to understand the latter: how our brain processes the information it receives from outside, and how it stores and retrieves this information.

To do that we are going to answer the question ‘’What does the brain do as soon as it receives information?’’

But first, we will address some basic concepts that will help us better understand the functioning of this wonderful and complex organ.

What does the brain do as soon as it receives information?

First, let’s get into some basics.

To understand how our brain is able to process the information it receives from the environment, we must first know how it works inside. Nerve cells or neurons are those that receive information from other nerve cells or sensory organs.

These neurons are equipped with a cell body, a kind of metabolic heart, and a huge tree-like structure called the dendritic field, which is the input side of the neuron.

For example, in the visual cortex, the area of the cerebral cortex of the brain that controls sight, a person has many more synapses at 6 months of age than in adulthood.

This is because more and more synapses form in the first few months of life, and then disappear, sometimes in large numbers.

The time required for this phenomenon to run its course varies in different parts of the brain, from 2 to 3 years in the human visual cortex to 8 to 10 years in some parts of the frontal cortex.

The nervous system makes a lot of connections; the experience is reproduced on this network, selecting the appropriate connections and removing the inappropriate ones. What remains is a refined final form that forms the sensory and perhaps cognitive foundations for later phases of development. The second method of synapse formation is by adding new synapses.

Unlike synapse overproduction and loss, this process of synapse addition operates throughout human life and is especially important in later life. This process is not only sensitive to experience, it is actually driven by it. Synapse addition is probably at the base of some, or even most, forms of memory.

But before storing and processing information, the brain needs to encode and filter it. Let’s see how.

How does the brain process information?

Processing of information starts with the input of sensory organs, which transform electrochemical signals into physical stimuli

For example, when looking at an image of a black box on a white background, bottom-up processing gathers very simple information such as color, orientation, and where the edges of the object are, where the color changes significantly in a short space (to decide what you’re looking at a box).

Top-down processing uses decisions made in some steps of the bottom-up process to speed up recognition of the object.

A focus filter defines how relevant the signal is and what cognitive mechanisms should be accessible once the input is processed to a certain degree.

There are many stages of processing, and the results of processing are modulated by attention repeatedly. However, for the brain to process information, it must first be stored. Let’s see how it does it.

It must be preserved once information is stored. Some animal experiments indicate that working memory, which retains information for around 20 seconds, is sustained for a brief period of time by an electrical signal that passes through a specific set of neurons.

With regard to long-term memory, it has been suggested that the information that manages to consolidate in this store is kept in the structure of certain types of proteins.

However, there are numerous models of how knowledge is organized in the brain, some based on the way human subjects retrieve memories, others based on informatics and computation, and others based on neurophysiology.

The semantic network model, for example, states that there are nodes that represent concepts and that these nodes are linked based on their relationship.

For example, in a semantic network, the word “chair” could be linked to “table”, which can be linked to “wood”, and so on. Another model is the connectionist, which states that a piece of knowledge is represented simply by a pattern of neural activation rather than by meaning.

Neuronal plasticity (neuroplasticity, neural plasticity or synaptic plasticity) constitutes a property of the nature and functioning of neuronal communication.

The passage of information (efferent or afferent, outgoing or incoming) through neurons and synapses leaves a set of traces that modify the efficiency of the transmission of information itself and forms the constitution of a worldview in which the above modifies the perception of the following.

Once memories have been stored in the nervous system, they become a part of the brain’s information-processing mechanism.

Memories help select new sensory experiences of importance and channel them into appropriate storage areas for future use or into motor areas for immediate bodily responses.

How the brain processes the information that interests us

A new study has discovered how the brain processes the information that interests us: the conscious and the unconscious collaborate to treat the enormous flow of sensory information and select the most pertinent, the only one that we consciously perceive.

Most of the information the brain receives each day is unconsciously processed and filtered, a study has found. Relevant information is selected through a three-stage operation and directed toward the associative regions of the brain in order for them to become aware and to be remembered.

To reach this conclusion, the researchers recorded the brain activity of 15 people while they had to do the following exercise: look at a specific image from a set of 10 images per second sent by the researchers.

In this way, they were able to appreciate the three successive operations that the brain performs to process and select the images.

It was already known that the human brain is capable of processing complete images in just 13 thousandths of a second. Furthermore, our brain discards more than 99% of the sensory information it perceives.

However, when the brain considers that information is relevant or pertinent, it directs it to the integrating and motor regions of the brain to generate the most convenient responses for the subject.

The new study, published Nature Communications, has determined the sequence of neural operations that allow the brain to specifically select relevant information.

Although a dozen images were presented every second to the participants in the course of this study, the researchers found that each of them was analyzed through the sensory areas of the brain for half a second. This is the first phase of the automatic and unconscious treatment of the information received by the brain.

When participants are asked to notice and remember one of the images, the brain does not focus only on that image, but on all the images that are currently being processed in the sensory areas of the brain. The attention of the subject has the consequence of amplifying the neural responses induced by these images.

The third phase of treatment is the one that triggers the subject’s conscious intervention: only one of the selected images induces a prolonged brain response involving the parietal and frontal regions. This image is what the subject will indicate having perceived.

What this study reveals, according to the researchers in a statement, is that the human brain is capable of treating many images at the same time and unconsciously.

The attention paid by the subject to the set of images to select one is what drives neuronal activity and allows selecting a specific image, suitable for the task that the subject wants to perform. Only this image will be consciously perceived by the subject.

Subjected to an increasing number of information, our brain is thus able, despite everything, to manage this enormous amount of data thanks to an automatic filtering, without effort, and to the described three-phase selection process.

Technological advances in brain imaging and information sciences have made it possible to make significant progress in neuroscience research, of which this study is just one example.

The reality is that our brain is constantly bombarded with sensory information, but instead of being overwhelmed by this increase in data to be processed, the brain has become an expert in managing these huge information flows, in which subconscious and conscious collaborate to obtain the best results.

FAQS: What does the brain do as soon as it receives information?

How does the brain receives information from the receptor?

Via a sensory pathway, the brain identifies sensory stimuli: action potential from sensory receptors passes through neurons dedicated to a specific stimulus.

How does the brain process sensory information?

Processing of information starts with the input of sensory organs, which turn electrochemical signals into physical stimuli such as touch, temperature, vibrations, or light.

How does the brain tell the body what to do?

The brain is the control core of the body: it sends signals through a network of nerves called the “nervous system” to your body, which regulates your muscles

What part of the brain maintains balance?

The cerebellum is at the back of the brain, below the telencephalon and controls balance, movement, and coordination.

Where does sensory information go in the brain?

In this brief article we answered the question ‘’What does the brain do as soon as it receives information?’’ we understood how our brain processes the information it receives from outside, and how it stores and retrieves this information.