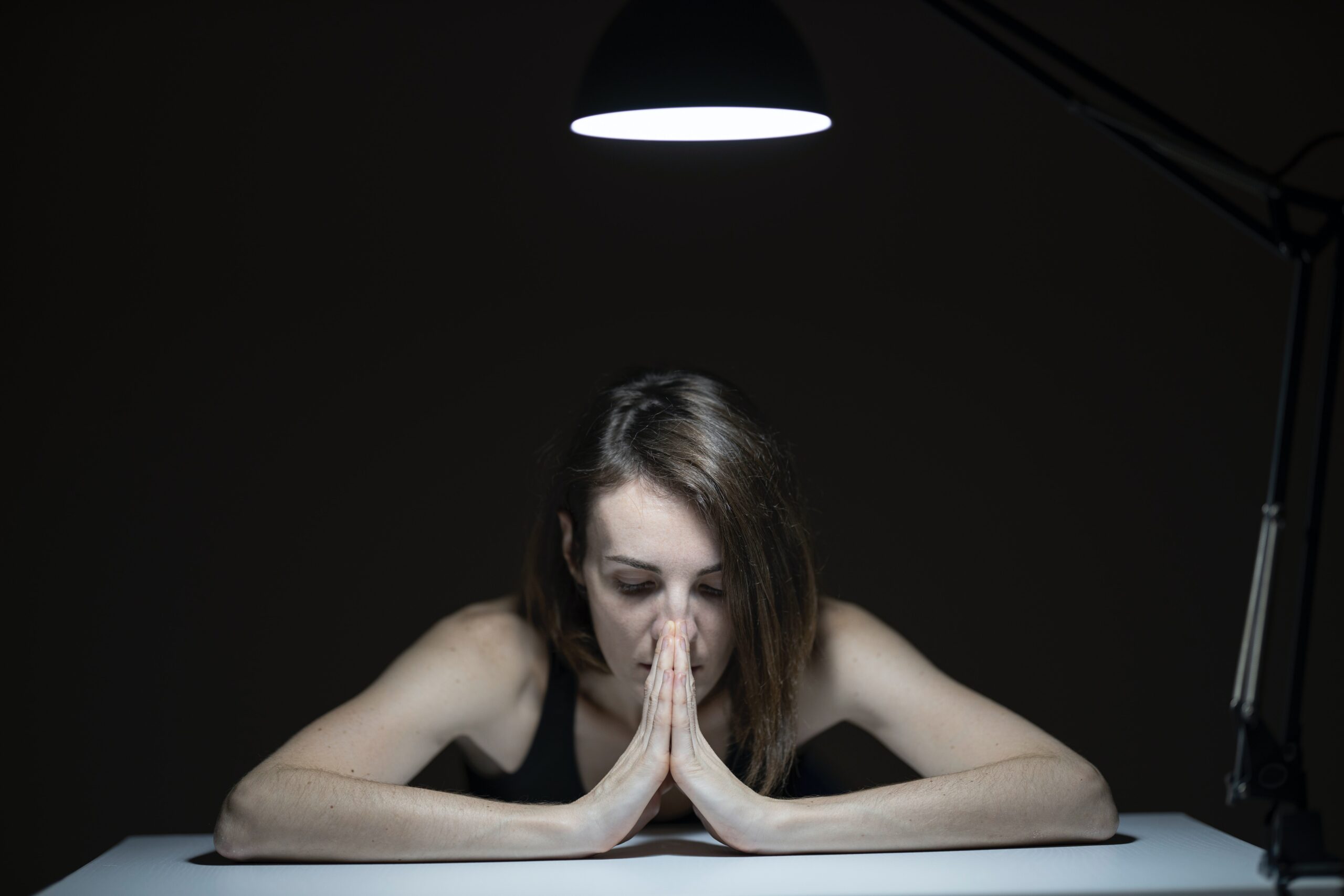 There are so many fields of Psychology where one by one tries to explain human behavior, the meaning of dreams, mental problems, fears, thoughts, or including to make better the methods to teach and learn.

What are the major fields of psychology?

The human body it’s a complicated art piece, but where there is the real meaning of who we’re, the reason why we’re like. The human brain and the mind it’s like a pandora box because inside of it are so many mysteries, secrets, fears, and her or him deeper wishes. Every mind it’s a different world.

Clinical psychology is a field of psychology where there is the responsibility for the investigation of all factors, evaluation, diagnosis, treatment, and prevention that affect mental health and adaptive behavior, in conditions that may generate subjective discomfort and suffering to the human individual.

The definition of psychology comes from the word psyche, whose meaning is spirit/soul, and logos, which means treatise or study. Both conjugated words refer to the study of the soul and the spirit, however, over time, the scientific community carried out different investigations and concluded that psychology couldn’t simply study.

Something that isn’t accepted by many people. that it goes beyond something ethereal like spirit and that should be taken as a science.

Central practices of this discipline are the diagnosis of psychological disorders and psychotherapy, as well as investigation, teaching, consultation, forensic testimony, and program development and administration.

Clinical psychology can be confused with psychiatry since they generally have similar goals (for example, the relief of mental disorders), but the main difference is that the basic training of clinical psychologists is psychology (mental processes, the nervous system, and human behavior) and that of psychiatrists is medicine (the human body).

On the other hand, psychiatrists, being doctors, are legally authorized to prescribe drugs. In practice, psychologists and psychiatrists work together in multidisciplinary teams with other professionals, such as occupational therapists and social workers, to give a multidisciplinary approach to complex problems that affect patients.

To the formation of concepts and logical reasoning. Cognitive means the act of knowledge, in its actions of storing, retrieving, recognizing, understanding and using the information received through the senses to do an action or make something.

It’s located within what is called the cognitive hexagon, formed by the interrelationship between neuroscience, artificial intelligence, psychology, linguistics, anthropology, and philosophy.

It’s influenced by related disciplines and theories, such as information processing, artificial intelligence, the science of language, and the holistic approach to Gestalt psychology.

The interest in cognitive psychology is twofold. The first interest is to study how people understand the world they live in and the questions of how human beings take incoming sensory information and transform, synthesize, elaborate, and finally use it.

The result of all this active processing of information is functional knowledge in the sense that the second time the person encounters an event in the same or similar environment, they are more sure of what can happen compared to the first time.

It talks about counseling and learning psychological techniques, to understand and solve situations in which we feel lost, we become blocked, we don’t know how to decide, we don’t adapt well to certain events and/or relationships, we can’t concentrate, we feel without motivation, we feel bad about ourselves.

They’re situations that make us feel bad, without knowing what we can do to get out of them or address them properly. In these cases, the help of a professional who provides us with different strategies to solve the situations that affect our relationship both with the environment and other people, as well as with ourselves, is advisable.

It also tries to apply the principles and laws of social psychology to educational institutions and organizations. In another way, the object of the study of educational psychology is the learning of students and the different aspects that modulate their cognitive development.

In the school context, educational psychology investigates the best methods and study plans to improve the educational model and the management of the centers.

Since their objective is a better understanding of the elements and characteristics that influence learning during childhood, adolescence, adulthood, and old age, educational psychologists are in charge of elaborating and implementing different theories about human development that help to understand the different processes and contexts in which learning.

Educational (or educational) psychologists are in charge of analyzing the various characteristics of each student. This awareness of the individual differences of the students serves to try to enhance the development and learning of each one of them, reflecting on intelligence, motivation, creativity, and communication skills, among other aspects.

Experimental psychology studies behaviors, as well as the different processes and functions that support these behaviors. The tests are performed on test subjects to understand and learn about different topics, including perception, memory, sensation, learning, motivation, and emotions.

Psychology is a science guided to understanding human behavior, dreams, thought processes, feelings, emotions, and memories. things that can’t be seen physically like eye defects or heart defects but there are some Signs in specific mental defects like Alzheimer’s that’s why psychology has many fields to study human behavior.

The different schools, theories, and psychological systems have focused their efforts in many areas, being from the approaches that focus exclusively on observable behavior (behaviorism), through those that deal with internal processes such as thinking, reasoning, memory, etc. (such as cognitivism) or the orientations that emphasize human relations.

Postmodern humanistic thought and communication based on systems theory, to psychological systems that focus on unconscious processes (such as psychoanalysis or analytical psychology). The scope of the theories covers areas or fields ranging from the study of child development to evolutionary psychology to how human beings feel.

For some authors, such as those of the Anglo-Saxon academic current of the Behavioral Sciences, the field of research and action of scientific psychology is exclusively human behavior, distinguishing only three areas: behavioral, cognitive, and neuroscience.

As a scientific discipline, it records the interactions of the personality in three dimensions: cognitive, affective, and behavioral. It’s a matter of controversy whether other dimensions (such as moral, social, and spiritual, including religious beliefs) of human experience are or aren’t part of the field of psychology.

What are the methods of psychology investigation?

About the methodology used, psychology has traditionally run through two research options.

Psychology understood as a basic or experimental science, framed in the positivist paradigm, and that uses a quantitative scientific method, through hypothesis testing, with quantifiable variables in experimental contexts, and also appealing to other areas of scientific study to better exemplify their concepts.

The methods used within this perspective are the following: correlational research, experimental research, naturalistic observation, case study, survey. The first laboratory for the study of experimental psychology was founded in 1879 by the German psychologist Wilhelm Wundt.

Trying to understand the psychological phenomenon in its real complexity, from a broader but less rigorous perspective, through the use of qualitative research methodologies that enrich the description and interpretation of processes that through quantifiable classical experimentation, are more difficult to cover, on all in clinical circumstances.

Unlike the naturalistic experimental method, research with a sociocultural approach doesn’t deal with the study of specific processes or isolated variables, produced or analyzed experimentally, but rather seeks an explanation of the phenomena in their real dimension, assuming the reality of the subject as a scenario complex of integrated and interrelated.

What about the history of psychology?

The History of Psychology is a section within psychology that, making use of historiographic methods and psychological knowledge accumulated throughout history, tries to find out the genesis of psychological proposals, the influence between them and with other sciences.

The derivation of them, attending, among other factors, the context, and the authors who develop them.

Psychology, as we know it nowadays, is a relatively new science that investigates the different mental processes and human behavior. That’s why it’s used, in part, the experimentation with other animal species, which helps to illuminate various aspects related to the human perceptual and intellectual faculties.

1879 is referred to as the inaugural date of modern psychology as a scientific discipline. That year, the German Wilhelm Wundt created the first experimental psychology laboratory in the city of Leipzig.

In 1860, the first university chair to include an explicit reference to psychology was created at the University of Bern (Switzerland ).

As for the word, the word “psychology” was used for the first time in Latin by the Christian poet and humanist Marko Marulić, in his book “Psichiologia de ratione animae humanae” (published in the late 15th or early 16th century). Some authors defend that the term comes from a scholarly translation of Aristotle’s book “De Anima.”

So, What are the major fields of psychology?

We could see that Psychology is a science that has so many fields of investigation but some areas are deeper than other ones but all of them have the same major goals. To describe behavior, to explain behavior, to predict behavior, and to change behavior are all-important topics because they guide us to one result. To understand human behavior as deeply as we can.

FAQSs: What are the major fields of psychology?

What are the 4 major areas of psychology?

What are the major subfields of psychology?

What is the most popular field of psychology?

What are the 7 types of psychology?

There are many types of perspectives Psychology but in this case, we’re going to mention seven of them.

Is psychology easy to study?

This depends because Psychology isn’t a difficult career for those who want or like this career. If you like Psychology probably it will be easier than someone who doesn’t like the career. So it all depends on your tastes and your interests.

Brazier, Yvette. “What Is Psychology and What Does It Involve?” Medicalnewstoday.Com, Medical News Today, Feb. 2018, www.medicalnewstoday.com/articles/154874. Accessed 28 Oct. 2020.