What is the relationship between the brain, the mind, and consciousness?

The relationships between the human mind and its physical substrate, the brain, remain a mystery today.

The advances in the knowledge of brain activity provided by the Neurosciences makes some think that this mystery is on the verge of being solved. Is this true and in what sense? Can the Neurosciences give way to a reduction of the mind to the mere activity of the brain as the materialistic explanation claims, or is the opposite true?

Decades pass in the history of psychology and neuroscience, but we still do not attribute a specific place to the mind; at most, the brain is the set of organs to which we attribute, rather imprecisely, that capacity to house mental life. But is this accurate? To understand it, let’s go to the origins of the question of where is the mind.

Descartes’s dualist theory is possibly the first great effort in human history to locate that mental life in human anatomy: the Frenchman proposed the pineal gland as the structure from which our thoughts emanate.

Now, the whole conceptual edifice collapsed the moment we denied the possibility of the soul existing. Not for nothing, Descartes was a strong defender of the division between body and spirit, something that is not supported scientifically.

But despite the fact that in theory the ideas of Descartes are rejected by current science, we usually assume that the correct thing is to think as this philosopher did, although changing the concept of soul for that of mind.

Human beings have an innate tendency to create categories for any phenomenon and part of reality, and that is why we believe that there is something called “mind”, from which all thoughts, emotions, decisions, etc. emanate. And when it comes to attributing a place to that source from which the entire psyche arises, we choose the brain, just like Descartes. 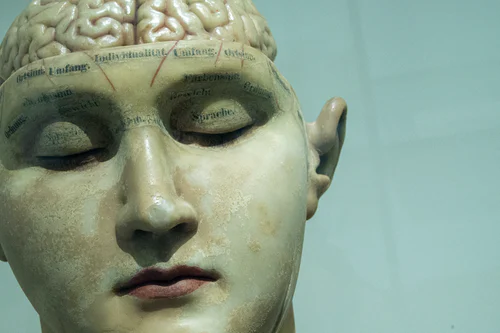 Consciousness is an emergent product of matter in psychic activity. I do not know a better definition, nor does it matter to know its physical nature. The lack of definition seems an insurmountable difficulty to achieve the objectives of a scientific investigation of consciousness.

Some researchers give up and forget the study of consciousness because it is a phenomenon that is not well defined.

When faced with such difficult questions as the definition of consciousness, I often move the question into the realm of the physical sciences.

Unlike neuroscience, physics has demonstrated an epistemological, scientific and technological consolidation throughout more than four centuries of history. Obviously I am not questioning the physicist on the subject of consciousness. But what if I ask you for the definition of matter?

However, a physicist forgets the nature of matter and ventures to discover more and more structures, interactions, and applications at different energy levels. Afterwards, a holistic reflection from physical experiments and theories does allow us to form an idea about the physical nature of matter.

Therefore, I think that a definition of consciousness is not necessary, nor is it necessary to know its physical nature in order to study it scientifically. So neuroscientists believe. And so they express it in their publications.

What are the neural circuits of consciousness?

There are certain regions of the brain that enter into neurological activity when the psychic subject consciously perceives the physical world. A world-conscious person needs to remain in a waking state. When the brain is in a waking state, the brainstem and hypothalamus become active.

If they do not function properly the brain would be in a physiological state incapable of producing consciousness. A special activity of the thalamus and cortex is also necessary, as well as multiple thalamic-cortical connections.

We are not always consciously aware of the outside world. On multiple occasions, the brain enters a mental state that evades reality and generates a psychic activity associated with the experience of self-absorption.

It is the so-called default mode that disregards the here and now for a time and ignores immediate reality. Only the unconscious mind remains actively processing changes in the environment and if necessary triggers an alarm process that returns control to the conscious mind.

Well, during the conscious state by omission three main regions of the brain are activated: the medial prefrontal cortex, the lateral parietal cortex and the so-called precuneum. They are associative cortex that are not directly involved in the processing of sensory records.

These three brain regions manifest multiple mutual interconnections whose dynamism varies as the subject reviews his autobiography, visualizes the future, analyzes a moral situation or when the perspective of another individual is assumed.

Somehow the brain produces simulations of future situations with relevance to the subject in the default state. The brain recreates hypothetical scenarios to subject them to a preventive analysis that virtually prepares us to face a situation with a certain probability of becoming real.

Obviously the forecast and the actual vision of events differ markedly. But even with differences, the brain is trained in the default mode to respond successfully to similar contexts.

The mind beyond the brain

As we have seen, we have an almost instinctive tendency to believe that minds are in our heads, piloting our bodies as if they were tiny little men. In turn, many scientists, both in psychology and neurosciences, assume that the mind is located in a specific place in the body.

For example, the frontal lobe is often given a lot of importance, since this part of the brain plays a very important role in decision-making and initiation of movements.

Other researchers have done the opposite, associating the mind with larger locations. Beyond pseudoscientific theories that speak of cosmic minds holding memories of past lives, there are advocates in other ways of the idea that the mind is beyond the nervous system.

For example, from the theory of embodied cognition, it is considered that the positions, movements of the body, as well as the stimuli they capture, are part of mental life, since they condition what we think and what we feel.

On the other hand, authors such as Andy Clark, defenders of the theory of the extended mind, believe that it goes beyond the individual body of people, and is also found in the environment with which we interact, since both these external elements and the parts of our body are essential for the mind to behave as it does in the here and now.

Computers, for example, are places where we store information, and our way of functioning already fully includes them as part of expanded memory.

The fundamental question: does the mind exist?

So far we have seen attempts to locate the mind, but in order to ask ourselves where the mind is, we first need to make sure that there are sufficient reasons to believe that it exists.

Behavioral psychologists have been characterized precisely by rejecting the existence of something called mind … or at least, one that can be located somewhere. In the same way that the movement of a train or the money that we have in the account cannot be understood as something limited to one place, the same happens with the mind.

From this perspective, believing that the mind is something similar to an object or a subject is the result of having fallen into a conceptual trap. The mind is not a thing, it is a process; a set of dispositions that make sense when given a series of responses to stimuli.

Hence the concept of mereological fallacy, the tendency to attribute to a place (in the case that concerns us, normally, to the brain), something that is characterized by being a set of changes.

And it is that if something characterizes our experiences and our way of behaving, it is that it always occurs in different circumstances. In the same way that spring is not in a landscape or in a specific country, what we call mind should be understood not as a noun.

The idea that the mind does not exist may sound provocative, but it is no less true that we assume that it does exist as a dogma, without stopping to think if it is really correct. What is clear is that this is a topic that is debatable at length.

To this day, this investigation is still in progress under what is known as the Connectome Project. One of its purposes, for example, will be to bring back to consciousness patients in a vegetative state or in a coma.

Getting them to return not only to our reality, but to do so with all their faculties, is an exceptional challenge that science has ahead of us and that we will undoubtedly be very aware of.

FAQS: What is the relationship between the brain, the mind, and consciousness?

What part of the brain is associated with consciousness?

Human consciousness is generated in the posterior part of the cerebral cortex. The cortex is the region of the brain that generates awareness of the environment and of oneself, according to research that describes for the first time the neural mechanisms of the human psyche.

How are the brain and the mind connected?

What is the difference between consciousness and mind?

The mind is the setting where most of the mental phenomena come together, but – and here lies the most important difference – the mind can be conscious and unconscious while consciousness is always and by definition conscious.

What is the relationship between mind and matter?

The relationship that he postulated between body and mind is called Cartesian dualism or dualism of substances. He argued that mind was distinct from matter, but could influence matter.

Where is your soul located?

In idealistic philosophy, the soul is identified with this or that element of consciousness. In Plato, it is the eternal idea; in Hegel, the lower sensory manifestation of spirit in its connection with matter (sensible and active).

What is the difference between the mind and the brain? Retrieved February 12, 2021, from ResearchGate website: https://www.researchgate.net/post/What_is_difference_between_mind_and_brain