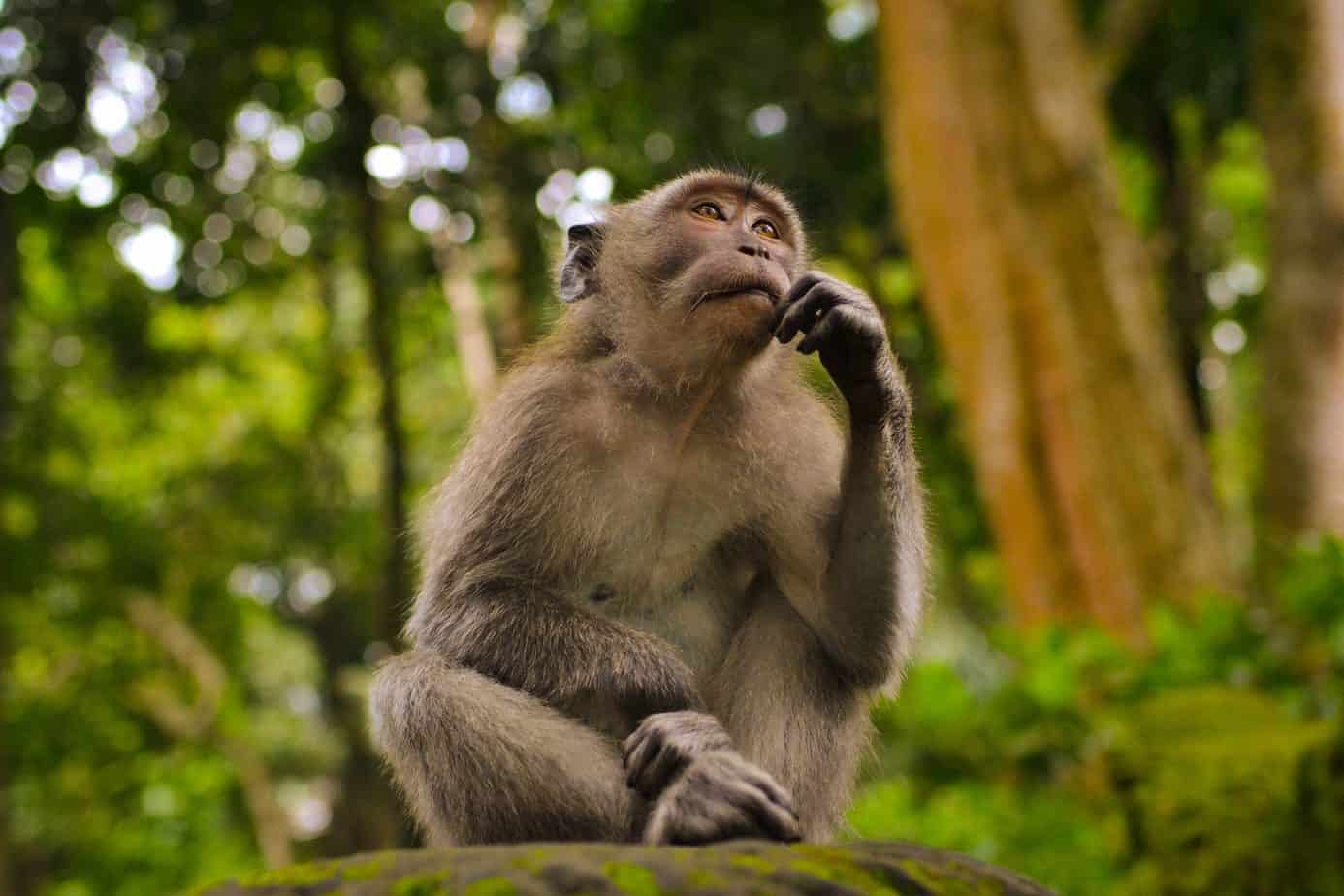 In this article we are going to help you understand the need and usefulness of using lateral and vertical thinking: differences, characteristics and examples of each of them.

Linear thinking is the way of thinking and reasoning that takes place during school time and where logic is applied in a direct and progressive way. Lateral thinking, on the other hand, does not follow a straight line of steps to reach a conclusion.

Until today it has been promoted from teaching to elaborate the formulations of our thought around the axis of vertical thinking, also known as logical thinking.

Vertical thinking is linear thinking that follows an already defined path, using existing ideas or knowledge, such as when we want to solve a mathematical problem, we use the established formulas, following the steps required to solve the exercise.

However, Edward de Bono in 1967, introduced the concept of lateral thinking, in order to introduce the mental processes of creativity, ingenuity and insight in the elaboration of our thoughts, to be able to observe how reality looks from angles different and be able to restructure and change the ideas already learned.

There are different types of thinking, depending on their characteristics, procedures use, fields of application … A great division of thought is what classifies it as vertical (logical) thinking and lateral (creative) thinking.

Vertical thinking refers to a way of thinking or processing and transforming information following logic and reason.

This type of thinking necessarily occurs sequentially, and is the way of thinking to which intelligence has traditionally been attributed as the main value of its development.

In other words, this type of thinking is also known as logical thinking and it is related to the rational processes through which areas of knowing how to mathematics and other exact sciences are developed.

Traditionally vertical thinking is directly related to intelligence itself, although this is not entirely true since there is another way of thinking known as lateral thinking, through which it was shown that intelligence can present itself in various forms in the human mind.

To delve further into the matter, we will briefly see the main characteristics, in order to understand a little better the functioning of this type of thinking in relation to the psychosocial context.

Two of the main characteristics are the use of logic and reason. We put them together because, although they are not the same, they are closely related in this way of thinking.

On the one hand, logic is the process by which things and ideas are sequentially chained in such a way that, by something similar to cause and effect, one idea or thing explains the next and so on.

On the other hand, the reason is the ability to unite the concepts before and after a sequence with other elements that reinforce the idea or explanation about the thing that is being presented.

Another of the main characteristics is the analysis. As you can deduce, this characteristic is essential, linking with the previous ones, to raise the problem in the first instance and later the solution or possible solutions.

Analyzing the components of the problem and each of the levels of the logical sequence using reason as a tool turns out to be the very essence of vertical thinking, through which all the science and technology that we know today has been developed.

In vertical thinking it is not possible to reach conclusions by means of subjective arguments or those lacking logical support.

Or, in other words, vertical thinking processes are only valid to the extent that there is evidence to support the different ideas or conclusions used to solve the problem.

This can be quite cumbersome in certain processes, but it is a requirement of vertical thinking to always walk on “Safe” ground when establishing the answers in each case.

After presenting the main characteristics of vertical thinking, we must clarify that these cannot be thought separately but as an indissoluble set.

This set forms a form of thought that has prevailed in our society even to the present day, although lateral thinking has become increasingly relevant and is currently considered a form of expression of intelligence as valid as vertical thinking (anyway, the debate is still open in some academic sectors).

Lateral thinking is a different way of reasoning and problem solving that uses a creative and indirect approach. Ideas formed through lateral thinking are not usually obtained with the classical type of vertical reasoning in which there is a staggering construction of ideas, a step-by-step approach.

In lateral thinking, on the other hand, the straight line of traditional reasoning is left behind and opts for flexibility of thought to find new solutions, looking for ideas from “side by side”, avoiding rigidity and finding new original ideas.

This concept was popularized by the Oxford psychologist Edward Bono in 1967 and since then, his training has been used in numerous contexts, such as business and creative.

Edward Bono associates lateral thinking with humor, in which, as he explains, there is a change in pattern from one idea to another that is not linear but unexpected and lateral, a new idea that, due to its originality, is surprising and makes people laugh.

Edward de Bono introduced lateral or divergent thinking. This thinking arises from the idea of ​​introducing insight, creativity and ingenuity in the elaboration of our thoughts, because the following of fixed models of concepts, as in logical thinking, limits the creation of new ideas.

This does not exclude the usefulness of vertical thinking, since the two are complementary and necessary.

This model of thought values ​​the idea that creativity is a factor of change and progress, seeking to restructure already established models in order to develop new models, seeking that the outdated ideas established for a long time in our society, are freed from their restrictive approach, thus allowing changes in attitudes and approaches to concepts that until today were unchangeable.

In summary, lateral thinking seeks to create new approaches and in its process, no matter what steps to follow, it can skip from one to the other or if the ideas on which it is based may include wrong answers, it explores all possible possibilities.

So it doesn’t follow a direction, it seeks to create its own.

6 differences between vertical and lateral thinking

Here are the top six differences between vertical and lateral thinking.

In lateral thinking, what matters is the effectiveness of the conclusion, regardless of whether the paths followed to reach this conclusion are the correct ones since it contemplates them all. Instead, vertical thinking to reach the correct solution, the most important thing is how the ideas are chained to reach that conclusion.

The objective of the process

Consequently to the previous difference, vertical thinking seeks to reach a solution through a single direction already defined previously.

On the contrary, lateral thinking does not seek to follow a direction to reach a solution, it moves to develop a new direction, it seeks a restructuring of ideas, change.

The correct functioning of vertical thinking implies a sequencing of ideas, the steps already established must be followed to reach the correct solution and skipping steps alters the response, each step is dependent on the previous one.

Lateral thinking can skip steps, make jumps, no matter the sequence of these. So, the validity of the solution does not depend on whether the path has been correct, importance is given to the creation of the new conclusion.

Relationship with other topics

In vertical thinking, the approaches that do not seem to be related to the topic being worked on are not taken into account, in lateral thinking all the options are shuffled, although these may seem alien to the context on which they are working, since as The lower the relationship with the already established idea, the more possibilities there are to establish new concepts.

Vertical thinking is governed by evidence, while lateral thinking seeks to find the approaches that are less obvious.

The goal of vertical thinking is to reach a solution, always having a minimal solution. On the other hand, lateral thinking does not always guarantee that a solution can be found, but it does increase the chance of finding a better solution.

In summary, we could say that the two thoughts are opposite models of functioning. However, neither is more effective than the other, the two are necessary in different fields of application and even complementary on many occasions.

Example of vertical and lateral thinking

However, imagine that suddenly we see that we are almost finishing it and we have assembled it wrong, we have lost some parts or some parts have broken.

Faced with this, we would use lateral thinking, trying to find an alternative to finishing the assembly, for example, cutting a piece that does not fit in one place for lack of another or looking at a home for a piece that can replace the lost one.

It is also important to note that vertical and lateral thinking are not mutually exclusive, in fact, it can be said that great visual artists or creative architects have a very good combination of both types of thinking and in this way they manage to develop large sculptures or structures that in many cases seem to defy even the laws of gravity or physics.

In this sense, it is important to stimulate both types of thinking in the formation processes and throughout life, obviously placing special emphasis on those aspects in which a subject shows special or innate abilities, since it will be the type of thinking that he will learn with greater ease.

What does it mean to be a lateral thinker?

It is proposed as a technique to solve problems and situations in an imaginative way and a completely creative approach.

What is meant by linear thinking?

The traditional way of thinking is known as linear or vertical thinking, that is, one that generally develops during the school period and where logic is applied directly and progressively.

What is the opposite of lateral thinking?

Why is lateral thinking important?

Lateral thinking allows us to see a little further, it enables us to come up with new ideas; more innovative, different and disruptive. It helps us to solve problems in a creative way.

In this article we helped you understand the need and usefulness of using lateral and vertical thinking: differences, characteristics and examples of each of them.