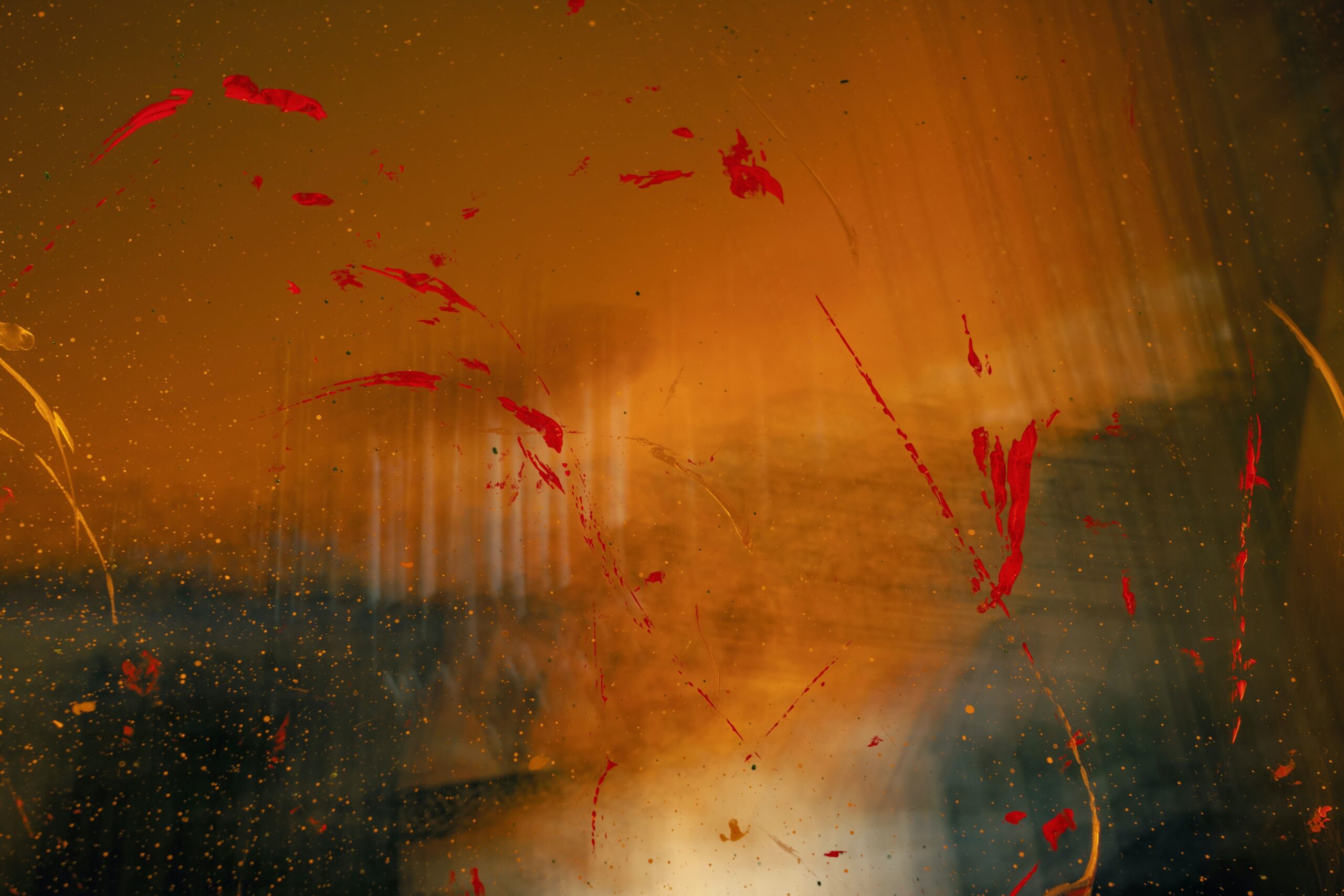 One of those mysteries is about our subconscious or unconscious mind, but what exactly is the subconscious? How does it work?

Yes and no. There’s evidence to confirm that the subconscious is involved in decision making seconds after brain activity. But it is still a debate among many neuroscientists.

Have you ever heard of the power of the mind? As we know, the brain is still the great unknown and it is that as more is discovered about its functioning, we realize that we still have more things to know. Without a doubt, the mind is extraordinary and it is very interesting to discover each of the mysteries it hides.

Is the subconscious the same as the unconscious?

It is an old methodological and semantic discussion within psychology. Subconscious is a term used by “classical” psychology to designate everything that is “below” consciousness and is weakly conscious.

But Freud and the followers of psychoanalysis rejected it in the late nineteenth century because, according to them, it lent itself to methodological misunderstandings.

For followers of the current of psychoanalysis, it is more correct to speak of the unconscious, because it refers more precisely to the mental content that is outside the knowledge of the person, hidden, that escapes from consciousness

Now, Sigmund Freud, father of psychoanalysis, described the mind as a psychic apparatus and postulated in one of his theories that the mind is made up of different organs or parts. He formulated two topics to describe this psychic apparatus – the mind.

According to the first Freudian topic, the psychic apparatus is made up of three elements: conscious, preconscious and unconscious.

Many of us have experienced what is commonly known as a failed act. These errors are believed to reveal unconscious thoughts or feelings. For example:

George has just started a new relationship with a woman he met in high school. While talking to her one afternoon, he accidentally calls her by the name of his ex-girlfriend.

If you found yourself in this situation, how would you explain this error? Many of us could say it was a distraction or describe it as a simple accident. However, a psychoanalytic theorist may say that this is much more than a chance accident.

The psychoanalytic view holds that there are forces internal, unconscious or outside of our consciousness that in some way direct our behavior. For example, a psychoanalyst might say that Antonio misrepresented himself because of his ex’s unresolved feelings, or perhaps because of doubts about his new relationship.

What is the subconscious?

The subconscious normally cannot be appreciated but we know that it is there and is essential to support the visible part of the iceberg.

The subconscious or unconscious is an original term of psychoanalysis and refers to everything that we have saved or stored under our own consciousness, as if it were hidden and we could not see it with the naked eye as it happens with the iceberg. It is for this same reason that it is very difficult for people to access the information that we have stored in it.

The subconscious is in charge of all those actions that we are not able to perceive in the first instance. That is, it is responsible for accumulating data in our memory, for executing those automatic habits already internalized or for fulfilling the functions of the body that are beyond our control, such as breathing, digestion or circulation.

The subconscious mind acts as a team that is not influenced by external agents, it simply does its job.

Definition of the unconscious

But what kind of information do we store in the subconscious? The information that we have stored there and to which we cannot easily access as in consciousness, usually contains deep fears, repressed desires and traumatic experiences that even consciously we would not like to remember.

All this content can lead to the appearance of certain pathologies such as certain anxiety disorders, fears, phobias, etc.

However, despite how difficult it is for us to access the subconscious, all those contents that we have stored there, we usually unconsciously express them in different ways.

Examples of expression of the subconscious

To give some examples:

The moments in which this type of information that we have stored in the subconscious usually comes to light occur when our level of consciousness decreases.

How does the subconscious work?

Our subconscious functions as a kind of emitter of messages or stimuli that we process at a conscious level and that activate certain patterns of behavior without our being aware of it. That is to say, the decisions we make every day, even if it seems that we make them consciously, are really highly influenced by our own subconscious.

Our subconscious is as if it were a computer program that we have been creating over the years with the experiences that we have been storing and this same program (composed of ideas, ingrained beliefs, thoughts, etc.) causes us to lean more towards a decision than another.

Sometimes our subconscious mind is in accordance with our true desires and we make the decisions that we really want, however, in others it is not and there is so much negative information that we have stored and that has been accumulating over the years from childhood, we can become self-sabotaging.

Various researchers have determined that our subconscious is a source of creativity and that it helps us solve problems, even those that seem to have no solution. This has been demonstrated through various studies, one of which is quite interesting shows how we become more creative using our subconscious mind.

Today there are various techniques that help us connect with our subconscious mind, among the best known that are applied in psychoanalytic therapy are the following:

This type of method consists of expressing without using consciousness and freely, all those thoughts that come spontaneously to the mind. This technique can be carried out using an element that stands up to the association, such as, for example, someone else naming a word, number, image, etc. to which you will respond instantly without stopping to think.

One of the defense mechanisms that we use to avoid assuming as our own what we attribute to others is projection. When we speak of projection, we refer to the unconscious process that we use to free ourselves from the weight generated by experiencing emotions or ideas that we don’t want.

The projective tests aim that the person can externalize what they carry inside and that they cannot perceive because it is in their subconscious in order to penetrate their personality and get them to know themselves more.

Among the projective evidence differences that exist are structural, thematic, expressive or graphic, constructive, associative and those related to movement. The currently best known projective test is the Rorschach test.

Hypnosis is a technique that makes it easier for us to get into a deep state of relaxation and that allows us to focus on ourselves and our experiences. Through hypnosis we can access the information that we have stored in the subconscious and of which being fully aware is not so difficult to reach it.

The therapist directs a fantasy which the patient has to begin to visualize (these fantasies have universal symbols) such as, for example, being in the sea, discovering a treasure, etc. The goal is to stimulate the patient to interact within their own fantasy.

In therapy, this type of technique is used to identify the possible causes of a person’s problems and conditions, as well as to assimilate those negative experiences that were stored there and likewise restructure them and turn them into more positive ones.

How does the brain transform unconscious information into conscious thought?

In the journal “Current Biology” an investigation carried out by scientists from Columbia University was published that has discovered the exact moment in which the brain transforms “unconscious” information into conscious thought.

The results of the study conclude that the moment of making a decision, the feeling of having decided occurs when underlying processes in the brain reach a critical point.

“The vast majority of thoughts that circulate in our brain occur below the radar of conscious awareness, which means that even though our brain is processing them, we are not conscious,” explained Dr. Michael Shadlen, principal investigator at the Mortimer B. Zuckerman Brain Behavioral Institute, Columbia, and study author.

However, “How some of that information bubbles up to the level of consciousness remains an unsolved mystery, but now we have found a way to observe that moment in real time and then apply those findings to our understanding of consciousness itself “he added.

“Essentially, the act of consciously becoming aware of a decision follows the same process the brain goes through to complete a decision, even a simple one – like turning left or right,” Shadlen says.

This study raises the possibility that a deep understanding of the more complex thoughts and feelings of the human brain, once under the dominance of philosophy, could also be understood in terms of biology.

So, is subconscious mind scientifically proven?

Freudian theory has been problematic. First, psychoanalytic theories are not the result of systematic research but were simply invented by Freud and his followers out of conversations with their patients. In its 110-year history, psychoanalysis has not set up any experimental research laboratories.

However, we have talked a lot about the subconscious, we have been told that it is present in marketing, in dreams, in decision making. The closest to scientific evidence on this problem are the studies carried out to study brain activities in a state of “Unconsciousness”. However, the brain remains an enigma, and there is still a long way to go.

As Dr. Shalden said: “Some people think the crux of neuroscience is far from the pretentious things a philosopher would consider”.

“But I’m sure explaining these concepts, be it ethics, conscience, or anything else, in terms of neuroscience, it is not to explain them, but to argue that it is helping to bring the biological study of the brain closer to the philosophical study of the mind “.

Can the subconscious mind do anything?

Yes, the subconscious mind is in charge of decision making.

What percentage of your mind is subconscious?

According to Freud, 90% of the human mind is the subconscious, full of involuntary thoughts and behaviors.

Who discovered the subconscious mind?

Sigmund Freud. He popularized the term “subconscious mind” to the world of psychology and neuroscience.

Why is the subconscious mind so powerful?

Our subconscious is full of information, ideas and emotions. Usually it is full of repressed penalties.

In this article we answered the question ‘’Is subconscious mind scientifically proven?’’ We explained what’s the subconscious and how it works, we are going to introduce you in detail to everything related to this interesting topic.