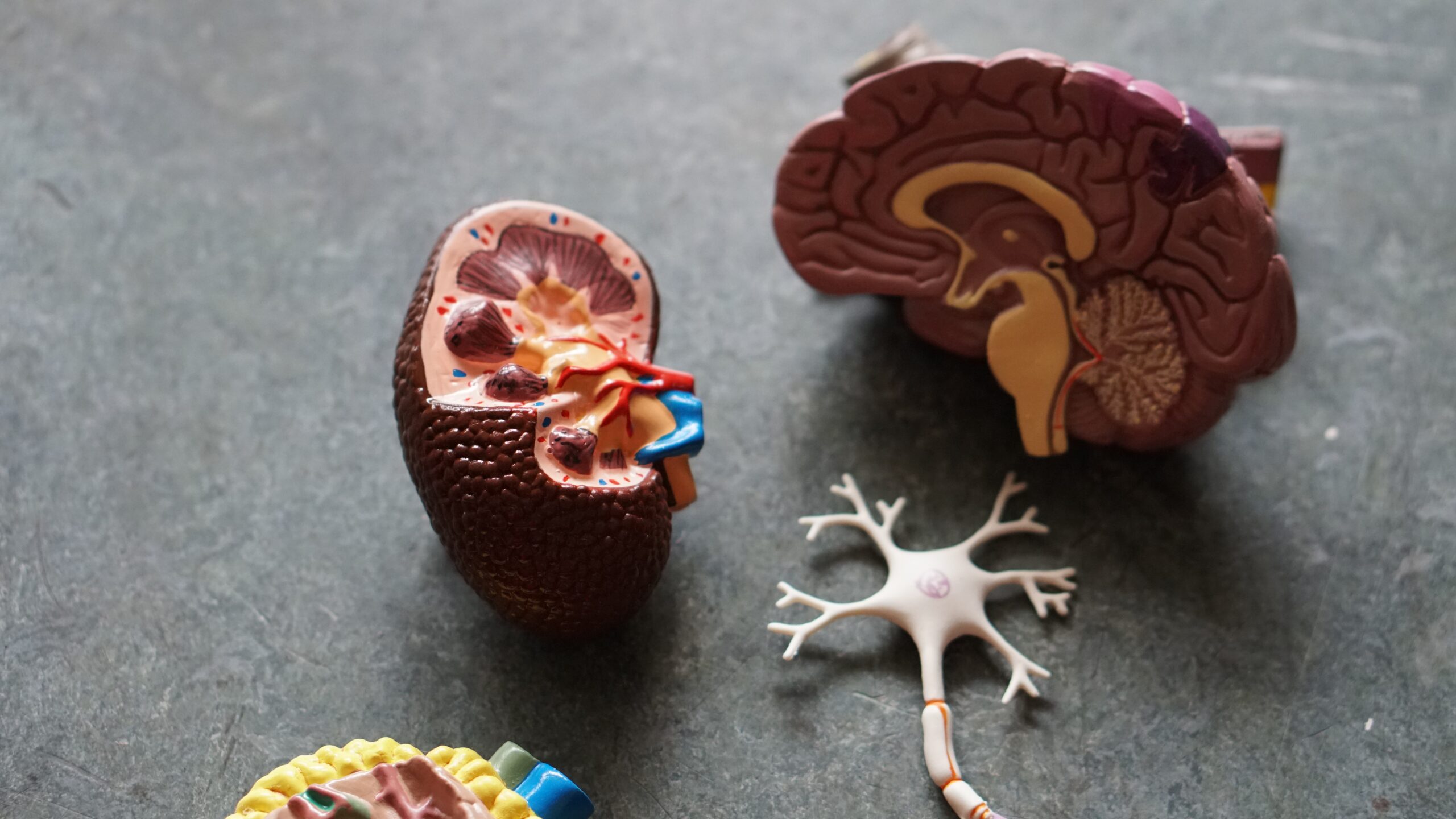 In this article we are going to answer the question ‘’Is the brain a muscle?’’ we will determine if the brain is a muscle, how to train it and thus maximize its functions and quality of life.

Is the brain a muscle?

It is not made up of myocytes, the muscle cells, but it is made up of millions of neurons that, interconnected by axons and dendrites, allow to regulate each and every one of the brain’s functions.

The brain is the central organ of our nervous system, so we must take care of it and exercise it.

Like physical gymnastics, brain gymnastics is also very important since it allows you to develop new neural connections and exercise memory. Our behaviors, routines and lifestyle play a decisive role in how our brain is activated and changes at the structural level.

The practice of mentally stimulating and challenging activities helps to keep the brain active, facilitating the creation of new neurons (neurogenesis) and connections.

At some point in your life it will have happened to you that you were going to do something and you did not remember what. Well, this is called the “threshold effect” and it does not mean that you are forgetting things. It’s just that your brain tends to memorize a lot of things at once and then forget the order in which you should do the tasks.

Sedentary people who do not perform any type of exercise or productive daily activity for their health are the ones who most often suffer from memory problems.

Physical exercises to keep your brain in shape

There are exercises that promise to train the brain such as electronic brain teasers or those that only require a pencil to complete. However, scientists do not seem to fully agree on its efficacy. What they do agree on is that physical exercises contribute to a healthier brain.

A study by the Beckman Institute at the University of Illinois in the United States, released Monday, found that physically fit people tend to have greater brain volume and more intact white matter than people who do not exercise.

According to the study, in which 100 people between the ages of 60 and 80 were analyzed, older adults who regularly engage in moderate to vigorous physical activities have greater brain activity even when at rest than those who do not exercise.

Greater activity in the brain is associated with better cognitive performance.

In the article: “Why choosing the right workout could fine-tune your brain” of the specialized magazine New Scientist, a series of scientific studies is listed that confirm that physical exercises have an effect on the brain.

15 years ago, the publication notes, a study with mice showed that exercise causes neurons in the hippocampus to secrete a protein called brain-derived neurotrophic factor (BDNF), which promotes the growth of neurons.

“The mice showed improvements in memory when they were put through mazes,” says New Scientist.

Those results were taken to human experience and more studies have been undertaken to determine which are the best exercises to tone the brain:

“Liu-Ambrose compared the effects of aerobic exercise and resistance training in 86 women with MCI. He measured their impact on two abilities that deteriorate as the condition progresses: memory and executive function, which encompass processes complex thinking: reasoning, planning, problem solving and multitasking, “says the magazine.

The researcher divided the women into three groups: in one of them, the participants had to lift weights twice a week for one hour; in the other, the members took walks at such a rapid pace that talking was an effort. They also did that activity twice a week for 60 minutes.

And the third group only spent an hour stretching.

“After six months, both groups, those who walked and those who lifted weights had a positive effect on spatial memory: the ability to remember our surroundings and to locate ourselves in a place,” says New Scientist.

On top of that, women who lifted weights saw significant improvements in their executive function and performed better on tests of associative memory, which is used to match a person’s name to their face.

For their part, the participants who walked vigorously experienced improvements in their verbal ability, which is the ability to remember the word on the tip of your tongue.

The single action of stretching had no major effect on memory or executive function.

According to New Scientist, the combination of lifting weights and aerobic exercise could be particularly powerful because strength training causes a molecule called insulin-like growth factor 1 (IGF-1) to be released.

“It is a hormone produced in the liver that is known to affect communication between brain cells and to promote the growth of new neurons and blood vessels.”

The researcher also assured that physical exercise also stimulated the secretion of the BDNF protein.

Willem Bossers of the University of Groningen in the Netherlands conducted a similar study and concluded that resistance exercises also lower the levels of homocysteine, an inflammatory molecule that increases in the brains of older adults with dementia, explains the journal.

Researchers Tracy and Ross Alloway from the University of North Florida in the United States found that spending just two hours on a physical activity we enjoyed as children like climbing trees or running barefoot had strong effects on working memory, which saves memory. information and allows us to manipulate it.

“(This memory) prioritizes and processes information that allows us to ignore what is irrelevant and works on what is important,” Tracy Alloway said, according to New Scientist.

The researchers found that when two activities are combined the results are more positive for the brain.

The secret is to challenge the sense of “proprioception”, which is our awareness of where the parts of our body are located.

This is how the exercises in which we need to think and balance are very effective for the brain.

According to Alloway, a good example is surfing.

“To catch a wave, you have to pay close attention to the proprioceptive information or you will fall off the board; you also have to decide what is the best position you will be in to ride the wave as well as to determine if another surfer has the priority to grab it” Alloway said according to the trade publication.

Peter Lovatt, a psychologist studying the benefits of dance at the University of Hertfordshire in the UK, suggests putting on music and letting yourself be carried away by it.

The researcher found that after an impromptu dance session, the participants gave more creative responses to the given problems than when the session was structured or there was no dance at all.

“Swinging spontaneously, without any pre-established plan, is really good for divergent thinking,” Lovatt noted, according to New Scientist magazine.

A study, published in 2012 by the University of Rome Studies “Foro Italico”, found that sports that require decisions to be made in fractions of seconds improve cognitive function in both young and older people, which allows reducing problems associated with aging.

The research started from the basis that those activities in which the participants must move constantly and adapt quickly to the changes that are occurring, such as fencing, can counteract the effects related to the passage of time, such as learning problems, memory and reaction times.

“It mentions how effective this type of discipline is in the performance of functions and reaction times in middle-aged subjects (55-65 years) compared to other types of exercise and sedentary people,” said Dr. Kalazich.

Other ways to exercise your brain

People who study are exercising their memory more frequently and effectively. Also, the more you practice, the less effort you will need to learn.

Test your mind by playing chess, doing a puzzle or doing a sudoku game. Try to read a book every month, read the newspaper or do new activities such as playing an instrument … All this will set in motion and work in a specific way our procedural memory, in addition to our explicit memory.

Feeding your brain in a healthy way can make the difference when it comes to having a good memory and enjoying a healthy and balanced mental state.

Foods like blueberries, coffee, walnuts or lemon have nutrients that cause an increase in the speed of your metabolism, which will prevent your neurons from dying due to the chemical chain reactions that your body generates

FAQS: Is the brain a muscle?

Is the brain a muscle or organ?

The brain can be described as a complex organ that controls the operation of the nervous system, located inside the skull.

The brain is similar to a muscle in the way they perform their functions, that is, as they are used they get stronger and grow more.

What part of the brain is muscle?

No part of the brain is a muscle.

What material is the brain made of?

Your brain has a high proportion of fat. The brain is the fattest organ in the body after subdermal fat (the one that accumulates under the dermis). The second most important component is water. Therefore, your brain is a curious combination of fat and water.

What’s the strongest muscle in your body?

But when referring in a generalized way taking into account these attributes, the consensus is that the strongest muscle in the body is the gluteus maximus.

In this article we answered the question ‘’Is the brain a muscle?’’ we have determined if the brain is a muscle, how to train it and thus maximize its functions and quality of life.