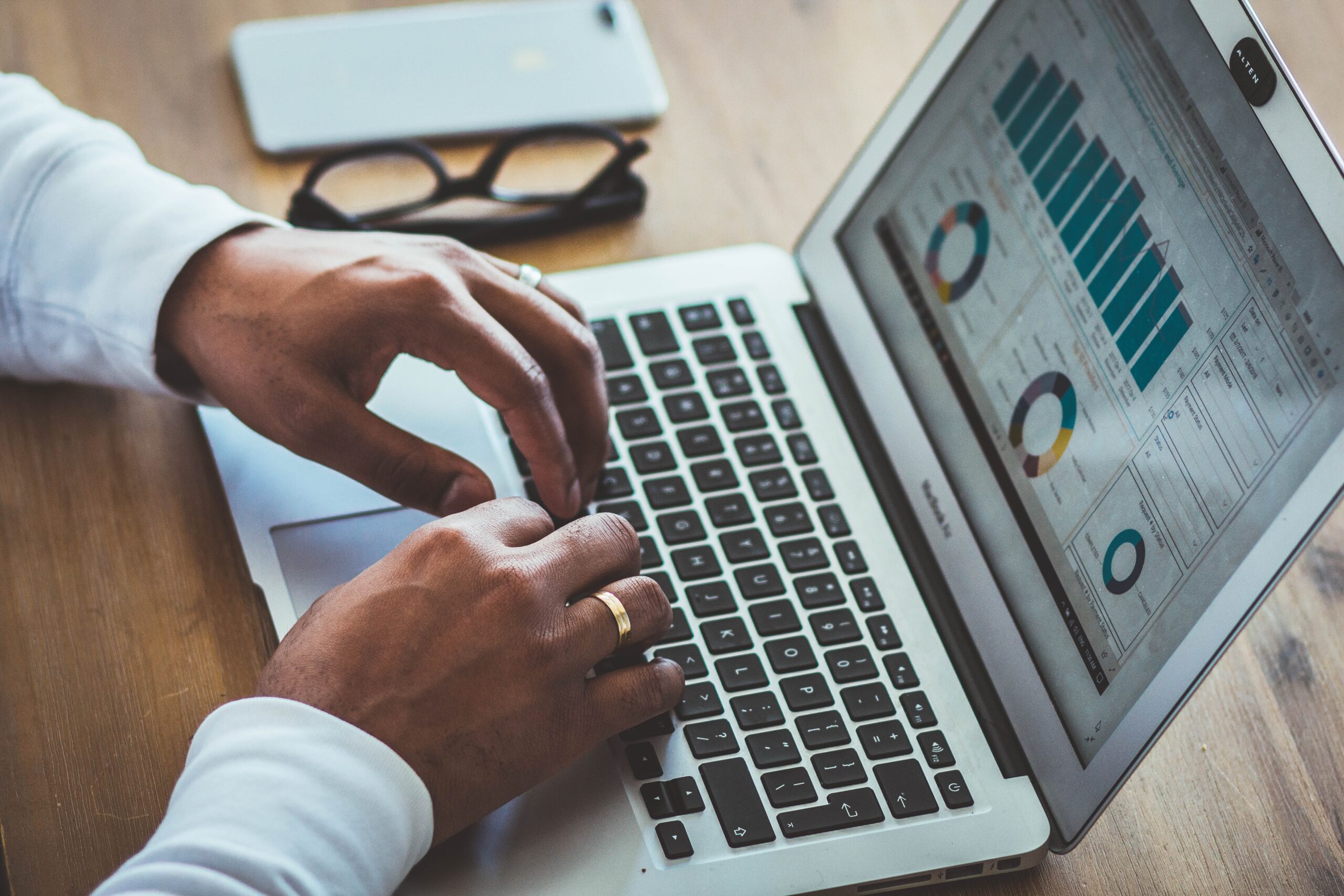 In this article we are going to answer the question ‘’Is statistics a STEM degree?’’ We will discover what statistics is, what it is used for and why it is so important for the development of science.

Is statistics a STEM degree?

Yes, statistics is a STEM degree. Statistics is a science and a branch of mathematics (STEM) through which a series of data is collected, analyzed, described and studied in order to establish comparisons or variabilities that allow us to understand a particular phenomenon.

Whose fundamental objective is the study of various forms of behavior in society, for which it is based on the use of various mathematically demonstrable methods and procedures in a formal and rigorous way.

Statistics is a science and a branch of mathematics through which a series of data is collected, analyzed, described and studied in order to establish comparisons or variabilities that allow us to understand a particular phenomenon.

Statistics relies, to a great extent, on observation to collect data that will later be analyzed and compared in order to obtain a result.

Likewise, statistics are used to study a population or sample about which it is intended to obtain particular information, in this way a solution to a problem can be offered or to see how a specific situation has changed.

It is a science that can be applied beyond science, since statistics is also applied in various studies in the areas of social sciences, health sciences, economics, business and in various government-type studies.

The objective of statistics is both to offer a numerical result and to show how a specific situation is developing.

Hence, after a statistical analysis, it is possible to understand a fact, make decisions, study social problems, offer data and solutions in certain cases, and deduce data in relation to a population, among others.

How did the statistics come about?

The term statistics derives from the German statistik, and this in turn from the Latin statisticum collegium.

The word “statistics” often brings to mind images of numbers stacked in large arrays and tables, of volumes of figures relating to births, deaths, taxes, populations, income, debts, credits, and so on. The moment we hear that word, these are the images that come to our imagination.

Statistics is much more than just stacked numbers and pretty graphs. It is a science as old as writing, and it is itself auxiliary to all the sciences – medicine, engineering, sociology, psychology, economics, etc. – as well as to governments, markets and other human activities

Today, statistics occupy a place of great importance in research and medical practice. The medical studies of any country include several subjects dedicated to statistics; It is difficult, if not impossible, for research work to be accepted by a medical journal without its authors having used statistical techniques and concepts in their approach and data analysis.

The statistics we know today owes much of its achievements to the mathematical works of those men who developed the theory of probabilities, with which statistics adhered to the formal sciences.

Simple forms of statistics have existed since the beginning of civilization, as graphical representations and other symbols on hides, rocks, wooden sticks, and cave walls were already used to count the number of people, animals, and other things.

Around the year 3000 BC, the Babylonians were already using small clay tablets to collect data on agricultural production and goods sold or bartered.

In ancient Egypt, the pharaohs managed to collect, around the year 3050 BC., lengthy data relative to the population and wealth of the country; According to the Greek historian Herodotus, this record of wealth and population was made for the purpose of preparing the construction of the pyramids.

But it was the Romans, masters of political organization, who best knew how to use the resources of statistics.

Every five years they carried out a census of the population, and public officials had the obligation to record births, deaths and marriages, without forgetting the periodic counts of the cattle and the wealth contained in the conquered lands.

What are the types of statistics?

The main types of statistics applied in various studies are presented below.

Descriptive or deductive statistics allow the numerical data obtained after a particular study or analysis to be presented in a summarized and organized way. Its objective, therefore, is to describe the main characteristics of the collected data and to avoid generalizations.

Inferential or inductive statistics is the study that uses techniques from which generalizations are obtained or decisions are made based on partial or complete information obtained through descriptive techniques.

Its objective is to draw useful conclusions about the total of possible observations based on the information obtained.

The applied statistics makes use of the methods set out above, and allows making inferences from one or several samples of a certain population as the object of study. In this way, both specific and generalized results can be offered.

Applied statistics is used in various sciences, such as history, economics, education, or sociology to carry out statistical studies and analysis.

It is the statistics that yields random and uncertain data, which is why it makes use of probability theory, a branch of mathematics that studies these cases.

Statistical probability is a way of measuring the certainty associated with the observation or occurrence of a phenomenon or the fact that a characteristic of an object of study takes on a certain value. It can be simplified by dividing the number of occurrences of an event by the total number of possible causes.

The recommendation of this training is based, mainly, on the important competences that are acquired during the university career, which allows easy access to many and very diverse jobs.

As the statisticians who share their experience in this video comment, it is not easy for them to imagine in which sector or activity a statistician is not needed and the importance of their work.

If you have doubts about the practicality of this training or need advice to decide your university orientation, these are some reasons why studying Statistics is a guarantee of employment and good professional development:

It is a type of training that operates between the Human Sciences and the Exact Sciences.

Let’s say it is the meeting point between data management and the social component of all that data.

Statistics allows an effective development of the capacities for analysis and interpretation of numbers and data.

It allows you to become a professional capable of taking advantage of the piles of data that companies collect.

It is the professional who sheds light on the hypotheses raised by managers and strategy professionals.

They are able to propose predictive models, provide solutions and predict the benefits and risks of actions.

The source of their work is data and there is no company or sector that does not generate data, nor does it need it to plan its activity.

The mastery of information and their global vision of scientific and social processes gives them a strategic capacity and intuition above that of other professionals.

6. Validity in all areas and sectors

Their knowledge is useful, both to know the success of a new banking product, and to know the percentage of risk of diseases of the population, going through the calculation of sales expectations of a new consumer product.

The integration of technology in all economic activities and the sophistication of systems for data processing make it possible for the statistician’s activity to spread to more companies and businesses.

The validity and effectiveness of their skills, as well as the complexity of the methods they master, allow them to access jobs with very good salary ranges.

So, is statistics a STEM degree?

Statistics It is one of the branches of Mathematics that focuses on the collection, study and interpretation of data obtained in a study. This science interprets numerical data to obtain conclusions that are based on probabilities.

The statistical study is carried out through a process that includes several steps: problem statement, sampling, data processing and estimation of the population parameters. Based on this, it will be in charge of devising, planning and organizing statistical surveys and censuses.

But in addition, the professional will be the one in charge of advising companies on data collection methods and statistical techniques; create instruments to face social problems; research, develop and refine statistical methods and theories.

Yes, the process includes an exploration of information, hypothesis tests, selection of the most appropriate methods in each circumstance, elaboration of models that indicate trends and the explanation of the behavior of a variable to, finally, establish a line of inferences.

Statistics, as a degree, is responsible for studying the scientific methods necessary to collect, organize and analyze data, so that empirical-based decisions can be made. The different methods and techniques can be encompassed in the three main actions carried out by an expert in Statistics: description, relationship and comparison.

Since it deals with such general and widespread high as the data are, it is a branch of study applicable to many areas of knowledge, such as Physics, Medicine, Social Sciences or Economics, among others, therefore, there are specific lines within this field: non-parametric, applied, descriptive statistics, and so on.

So, it seems that statistics is the science of science, a fundamental tool for empirical science. Without a doubt, its role is valuable.

FAQS: Is statistics a STEM degree?

What percentage of the population has a STEM degree?

What is a STEM degree?

What percentage of STEM majors are female?

In 2016, the proportion of STEM graduates was 37 percent female and 63% male. Data from the Department of Education were focused on 2016 graduation rates.

Is finance a STEM degree?

No, finance doesn’t involve enough math to be considered a stem major, it’s a business major.

Actually, that can be very subjective. However, there are studies that indicate that STEM students spend more hours preparing for class than humanities students.

In this article we answered the question ‘’Is statistics a STEM degree?’’ We discovered what statistics is, what it is used for and why it is so important for the development of science.