Over the years, a multitude of taboos regarding mental health and the practice of psychology have been broken down. Thanks to this, new and effective lines of research have been developed that promote psychology and position it at the level of many other health sciences.

However, what makes psychology a science? What are your theories based on? Is it a pseudoscience or does it have a reliable methodology? There are many questions that surround the practice of psychology.

For this reason, we want to carefully analyze all the factors that intervene when establishing whether a branch of knowledge is science or not.

Next, in this article, we are going to answer the question ‘’Is Psychology a STEM field?’’ we will tell you the whole truth.

Is Psychology a STEM field?

Yes, Psychology is a STEM field. The National Science Foundation recognizes psychology as a science given its scientific nature and the technological contributions it has made to the world of knowledge.

The meaning of STEM comes from an acronym, which refers to the areas of knowledge in which scientists and engineers usually work, Science, Technology, Engineering and Mathematics (science, technology, engineering and mathematics).

It’s a term that is gaining more and more relevance in the world of human resources since this will probably be the most demanded professional sector in the future.

Those of us who dedicate ourselves to the discipline of Psychology have on many occasions heard phrases that question that psychology is a science due to its subjectivity or even such expressions as “I have a lot of psychology, I see a person and I know how it is. ”.

Statements like these show us the great confusion that exists in relation to this discipline. This results in the bulk of the population not knowing what it means to study psychology.

To understand that psychology is a science, first of all it is necessary to know what a science is, since there is a lot of confusion on this subject. Science is believed to be the undisputed carrier of truth, as it observes and describes reality. But reducing it to this definition can lead to multiple errors. Let’s go deeper. 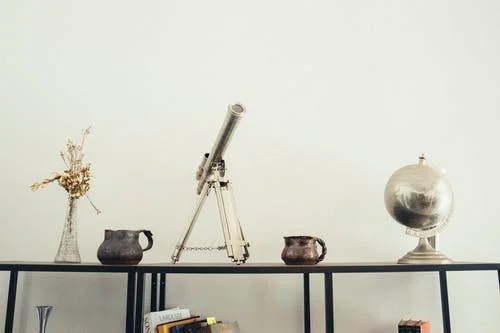 What is a science?

A science is a branch of knowledge that seeks to describe, explain, anticipate and modify some domain of reality. In the case of psychology, it is about human behavior and cognitive processes.

Science has a pragmatic objective, it seeks to understand certain events in order to use them to its advantage. To do all this, it uses its own methodology called the scientific method.

The scientific method is a hypothetical-deductive strategy to draw conclusions and certainties about the objective of the study. This consists of a series of steps that I explain below:

It is the first part of the method. It consists of the search for a problem for which the reason for its occurrence is unknown.

An example of this may be asking yourself, why do things fall to the ground? or how does learning occur in humans? These two questions are very generic, in science we work at a much more specific level, but they are good for understanding what it means to look for a problem.

Through observation, deduction and bibliographic review, we can develop a series of hypotheses. This consists of theorizing about how the problem occurs. The hypotheses are neither true nor false, they are possibilities ready to be falsified.

3. Carrying out the experiment

Once we have the hypotheses, the next step is to attack them to disprove them. An experiment must be designed in which the above hypotheses can be falsified. This experiment can be done in many ways, such as surveys, direct observation, experimental manipulation, etc.

After carrying out the experiment, we proceed to the statistical analysis of the data. If this shows us that the hypotheses are wrong, they are discarded. But if instead we have not been able to deny them, they are taken for granted.

It is important to understand that a hypothesis can never be confirmed, since we cannot access all the data and we always speak in terms of probability. The term “contrasted” only indicates that at the moment we have not been able to deny it.

5. Communication of the results

It is the most important part of the scientific method, it would not make sense to discover something if we do not share it. By communicating the results we are expanding the knowledge of science and this allows new problems to appear to be solved in order to move forward.

Additionally, sharing an experiment allows other researchers to replicate it and discover more evidence about those hypotheses.

The key aspect of this process is understanding that science works by attacking its own hypotheses. It is a way to reduce error and avoid asserting immovable dogmas. By always leaving the contrasted hypotheses in doubt, science is constantly being tested. Thanks to this we have a dynamic method that adapts to the new data that appears.

Another important issue is the distinction that some people make between “hard science” and “soft science.”

Biology, physics or chemistry are called “hard sciences”, which are those sciences that seem more objective and easily observable, but it is a mistake to think like that.

For example, as in physics it is inferred that gravity exists through observable events; in psychology we do the same with anxiety, emotion or learning processes.

Even today the classical law of gravity is known to be wrong. Science is not about saying what happens, but why it happens. And to do this the “soft” and the “hard” sciences use the same method.

What’s the difference between soft and hard sciences?

When we speak of pure sciences, we refer to those disciplines that are based on observation and experimentation and can be systematized from mathematics.

The hard sciences are usually experimental, empirical, quantifiable and based on data and a scientific method focused on objectivity, while those designated as soft are marked with the opposite traits.

Among the pure sciences we find mathematics, biology, chemistry and physics.

On the other hand, when we talk about soft sciences we are talking about disciplines such as psychology, sociology, pedagogy, arts, economy.

The problem with the soft sciences.

When it comes to hard science, there is a key factor, reproducibility, science is universal, this means that the results obtained in Australia, for example, are the same as those obtained if the same experiment were carried out, under the same conditions in China. In simple terms it could say “2 + 2 = 4 here and in Patagonia”.

However, if we talk about soft sciences, the results are not “reproducible” by human behavior itself, so they try to identify patterns of behavior, probabilities (through a pure science by the way). In simple terms, I couldn’t say “2 + 2 = 4 50% of the time.”

If I apply a force on a body, I receive a force of equal value and direction but in a different sense, what we call the Law of Action and Reaction.

If I hit a person, he may receive the same action in return or he may not be, so this behavior is then not reproducible.

One is exact and reproducible the other is not, so is that Science?

From a formal point of view we cannot deny that some disciplines are harder or softer than others and we must also recognize that the value attributed to each science will always depend on social perception.

Why is psychology believed to be not a science?

We have seen that psychology uses the same methods and has both the same validity and reliability as the rest of the sciences. But then why are there so many doubts about whether psychology is a science or not? Below we are going to examine three reasons that I think are the main reasons for this to happen.

The first of these is the great confusion that exists about the concept of science. Most of the population has a very loose definition in mind. This, together with the lack of knowledge of the instruments used to measure behavior and mental processes, leads to a categorization of psychology as subjective and unscientific.

The second reason is the pseudoscientific practices derived from psychology. Unfortunately, around this discipline are many people who use the term “psychology” to refer to practices that do not use the scientific method.

This causes the bulk of the population to mistakenly relate pseudoscience to psychology, although in reality they have nothing to do with it. Examples are practices such as coaching, NLP or some parts of psychoanalysis.

And finally, one reason to explain the resistance that exists when it comes to assuming the evidence of psychology is that it may be because it directly involves the human being. In physics, chemistry or other sciences, the results hardly “bother” people and they are accepted without problems.

But when we talk about what a human being is like, the situation is different, since if the results go against intuitive beliefs, we quickly try to solve this cognitive conflict because it is easier to ignore the exposed evidence, than to restructure beliefs about it. .

Therefore, when asked if psychology is a science, the answer is a resounding YES. We cannot make the mistake of slowing down scientific progress by putting obstacles to this discipline so important to understand ourselves both individually and in groups.

FAQS: Is Psychology a STEM field?

Is Psychology a stem?

Yes. Behavioral and social sciences (psychology , sociology, and their associated subfields) are formally recognized as STEM fields, but not popularly regarded as such.

Is psychology stem or humanities?

Psychology is considered as a stem field.

What fields are included in STEM?

Here are some examples of some of what are considered STEM fields:

Is Psychology a humanity?

Humanities are fields that explore various aspects of human culture and society, including subjects such as literature , history, philosophy, etc. Psychology, actually, it’s considered as a science, a social science.

In 1879, Wilhelm Wundt opened the Institute for Experimental Psychology at Leipzig University in Germany. This was the first dedicated psychology laboratory, and its opening is generally considered the beginning of modern psychology.

In this article we answered the question ‘’Is Psychology a STEM field?’’ We have carefully analyzed all the factors that intervene when establishing whether a branch of knowledge is science or not.