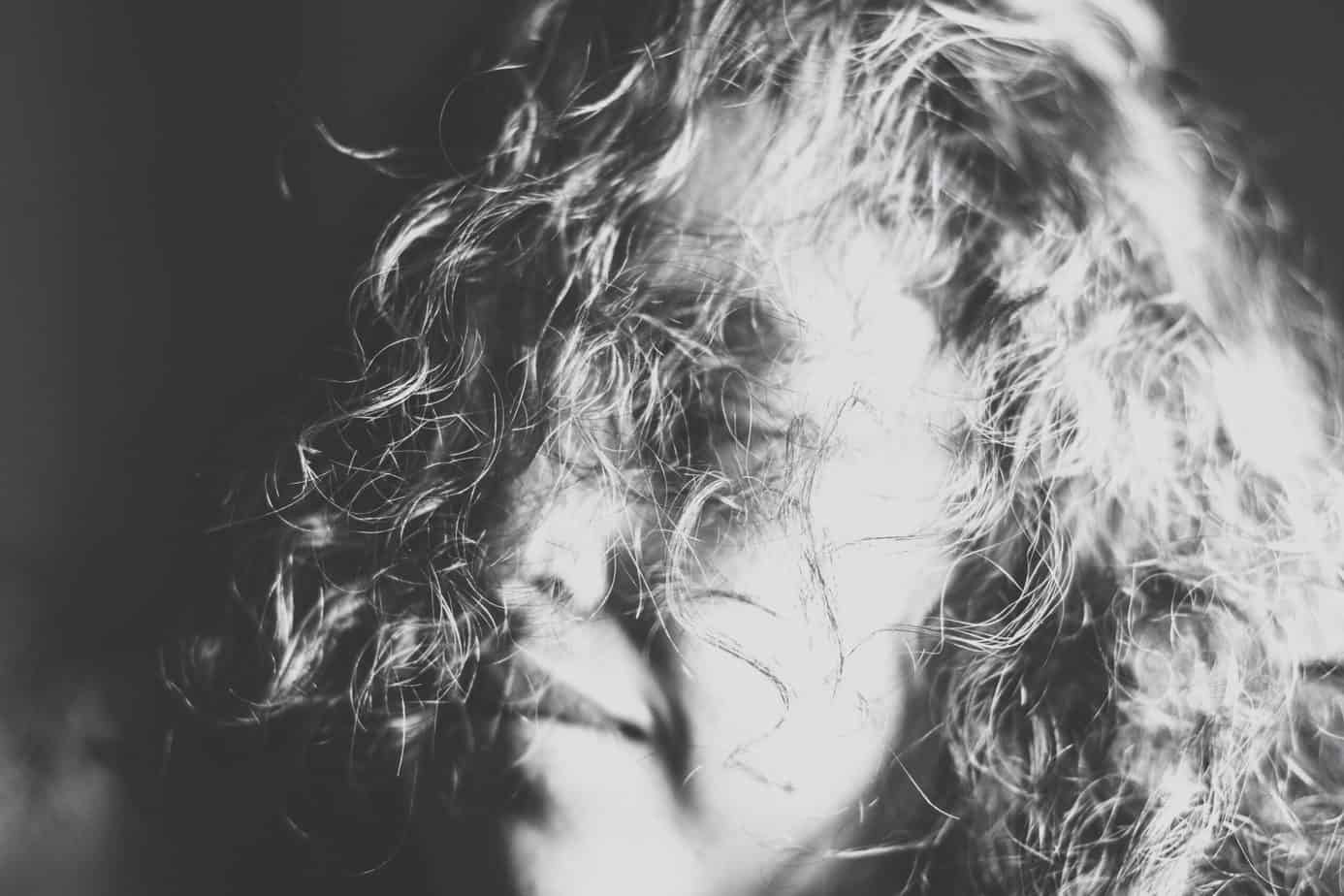 Depression was long considered to be the result of a chemical imbalance in the brain. It is now known to be a complex disease resulting from multiple interactions, from brain chemistry to medical problems, hormonal imbalances, stress, and genetics.

Additionally, it has been shown that depression can alter the physical structures of the brain, with changes such as inflammation, reduced oxygen, and reduced size.

In this post we will discuss how depression affects the brain and its possible prevention.

Depression, little by little, is ceasing to be a stigma and neurology researchers are working to find more effective therapies so that those who suffer from it can enjoy a normal life. There are multiple causes for depression, but it would be interesting to know what happens in the brain in depression.

The brain. It is the most important and complex organ of the body and any change in it can trigger diseases, one of them being depression. But what causes it? 20% of people will suffer from depression at some time in their life and, in many cases, the cause is in the stress of day to day or a particular situation. It is that same stress that triggers a series of changes in the brain.

Depressed people show changes in the middle prefrontal cortex. Normally, this area is activated at healthy levels when the person is thinking about himself or worries about his future and life. Low or medium activation does not cause depression.

When your activity increases above the usual, symptoms of depression often appear. What the neurologists did not know is whether the over-increased activity in this area of ​​the brain causes depression or, if it is due to other hormonal changes.

The scientists decided to carry out an experiment in mice to find the answer.

The neuro-affective behavior of people in the face of adversity can be classified into two types: resilience or surrender.

The classification is made according to how the neurons of the Middle Prefontal Cortex respond to adversity. In the case of resilient mice, neuronal activity in the zone decreases and in those predisposed to depression (surrender), it increases.

To test whether the depression was caused by the overactivity of the mid prefrontal cortex, the resilient mice were taken and, through artificial modifications, the way in which the neurons in the area responded to stress was changed.

The results were quite conclusive: when exposed to an adverse situation, those mice that were previously strong and able to control themselves showed clear signs of depression.

Are we predisposed to depression?

The results of the study with mice would give the idea that, due to the way in which the neurons of the middle prefrontal cortex react, we are or are not predestined to suffer from depression or develop it more quickly than the rest of the people.

This study serves to develop more specific therapies for the treatment and prevention of depression in those who have a bad reaction to stress, helping in part to control this disease that can become a true disability if not well treated.

Do you think depression can be prevented by modifying brain function?

Structural and functional alterations of the brain areas involved in depression

Research suggests that some people suffer from depression because their brain secretes too little neurotransmitter. Neurotransmitters are chemicals that brain cells use to communicate with each other and are believed to play a very important role in regulating mood.

The neurotransmitter deficit can be due to a chemical imbalance in the brain, but also to environmental factors such as diet and stress. Biochemical depression is treated with medication, psychotherapy, or a combination of both.

The causes of depression, it must be said, are not yet known for sure. It is known that different chemicals can contribute to depression, as we have seen in the previous section. Now it is also known how depression changes the brain:

Various investigations through imaging studies in patients with major depressive disorder have implicated structural alterations in various brain areas, including the hippocampus, the amygdala, and the dorsal lateral and ventral prefrontal cortex, with variable results.

Chronic Depression Can Damage the Brain

Using information from MRI scans of nearly 8,930 people around the world, an international group of researchers found that those with recurrent bouts of depression also had a smaller hippocampus.

This was the case with about 65 percent of the participants with depression. Those who experienced their first depressive episode showed no evidence of shrinkage, suggesting that it is the repetitive recurrence that causes the hippocampus to contract.

Those who showed shrinkage of the hippocampus also reported starting depression at a younger age than others, usually before age 21.

Previous studies have noted that depressed people tend to have a smaller hippocampus, but it was not known whether this was a predisposing factor, or the result of illness.

This study gives us the answer: depression comes first; brain damage follows. According to Professor Ian Hickie, co-author of the study:

This raises the question of which comes first: a smaller hippocampus or depression? Brain damage is caused by a recurring disease.

Treating depression effectively doesn’t just mean a dose of medication. For example, if you are unemployed and you sit in a room doing nothing productive, this could cause your hippocampus to shrink. So social interventions are just as important, and treatments like fish oils are also believed to protect neurons. ‘

Reduction in three areas of the brain: the hippocampus, the amygdala and the prefrontal cortex

Everything seems to indicate that in the depressed person the amygdala, an area related to the processing of emotions, is uncoupled from the emotional network.

This would make them less accurately process situations that have an emotional impact and, therefore, perceive neutral events as negative. In practice, it would be the mechanism that makes them see the world in gray.

In fact, these changes at the brain level exacerbate the symptoms of depression. Not only do they affect the ability to regulate emotional reactions and concentrate, but they are also at the root of memory loss and recurring negative thoughts.

The blame could be on the inflammation

One theory to explain the reduction in volume that the brain experiences as a result of depression points to the increase in cortisol, which triggers an inflammatory response in the body and causes damage at the molecular level.

In fact, the brains of people with major depression show 30% more inflammation than a healthy brain.

The inflammatory process is linked to cytokines, molecules that are capable of crossing the blood-brain barrier and affecting brain functions. Cytokines can damage synapses by reducing the availability of monoamines, whose dysfunction is at the base of the pathophysiological mechanism of depression.

In addition, it exposes nerve cells to oxidative stress, causing their death.

Treatment options for this later stage of the pathology, such as drugs that target inflammation, are being investigated by Meyer and other experts. This includes re-proposing the use of current drugs designed for inflammation in other conditions in major depressive disorder.

In the study, brain swelling was measured using a type of brain imaging called positron emission tomography (PET). Immune cells in the brain, known as microglia, are involved in the brain’s normal inflammatory response to trauma or injury, but too much inflammation is associated with other degenerative disorders and depression.

When microglia are activated, they produce more translocator protein (TSPO), a marker of inflammation that can be seen on PET images.

The group with long-term depression also had higher TSPO levels than those without depression.

Dr. Meyer also stresses that in treatment studies, patients with long-term severe depression tend to be excluded, so there is a lack of evidence on how to treat this stage of the disease, which he believes should be addressed.

Can these damages be reversed?

Depression has serious consequences, but brain plasticity works in favor of people suffering from this disorder. In 1996 neurogenesis was discovered, the growth of new nerve cells, which begins precisely in the hippocampus, where stem cells develop that later divide and form new nerve cells specialized in different functions.

In a healthy brain the processes of degeneration and regeneration are balanced, but in people suffering from dementia and depression degradation prevails.

However, fighting depression, whether through psychotherapy, antidepressants or even physical exercise, can reverse some of the brain damage caused by this disorder, stimulating the birth of new nerve cells.

According to the World Health Organization, depression is the leading cause of disability in the world.

That is why global health organizations recommend public policies in favor of controlling risk factors to avoid their appearance, and also to reduce the consequences of the disease. Follow these tips:

In this post we have discussed how depression affects the brain and its possible prevention.

Now that you know how depression affects the brain, don’t let it go. Take action now!