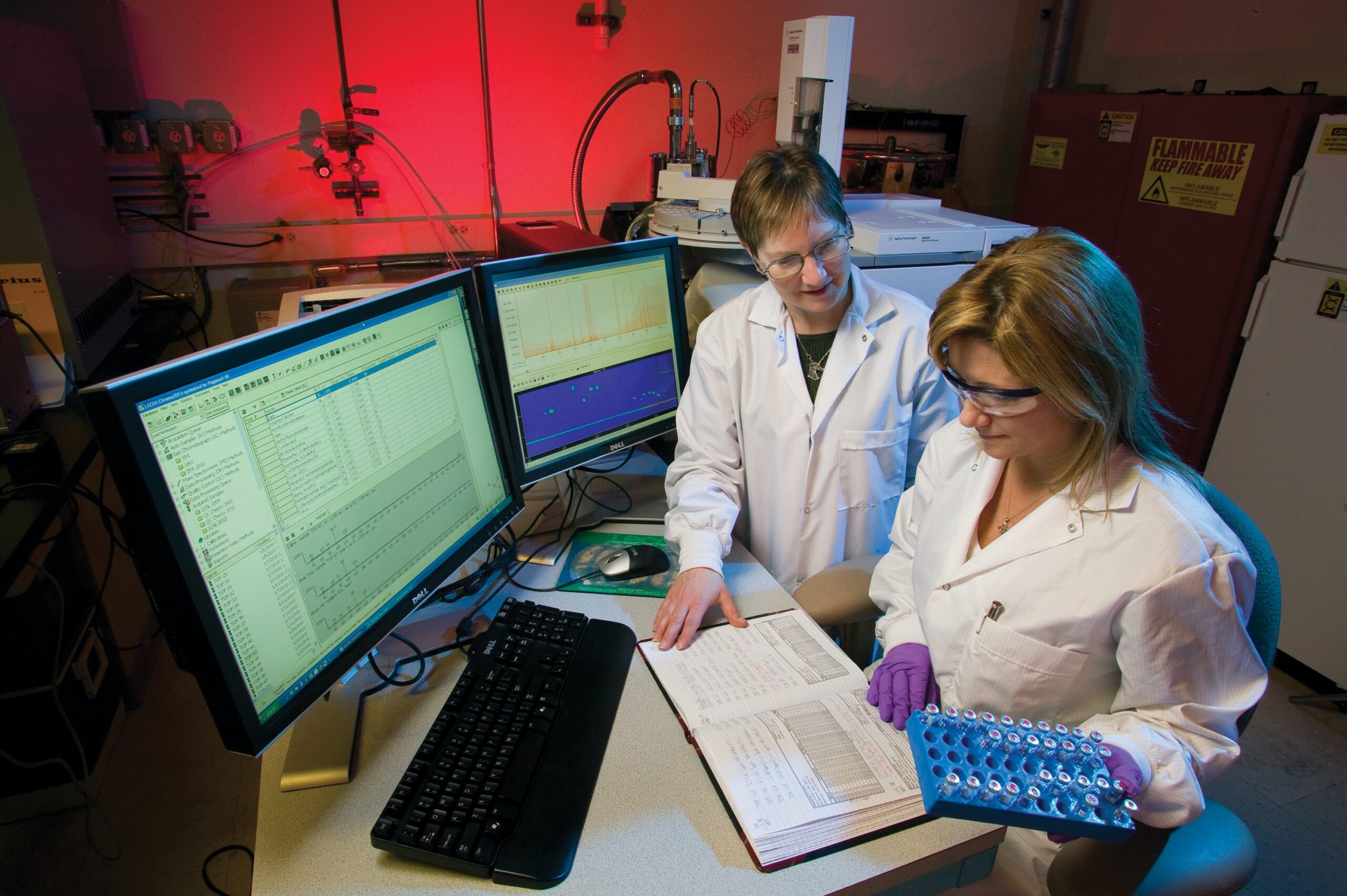 In this article we are going to answer the question ‘’Is Computer Science hard?’’ and explain why this is the case and really focus on what you will see in the undergraduate curriculum in computer science. We’ll include a few example problems and many real-world applications so you have an idea of what’s to come now.

Yes, computer science is hard. It’s tough because in addition to seeing a lot of theoretical content, programming is challenging.

Computer science is, in short, the study of information (“data”), and how to manipulate it (“algorithms”) to solve problems. Mostly in theory, but sometimes also in practice.

Computer sciences are those that cover the study of the theoretical bases of information and computing, as well as their application in computer systems.

The theoretical nature of this science should not be confused with other practical aspects such as the Internet.

What do you learn in Computer Science major?

I think people get this idea of the major being all programming because computer science does involve more programming than pretty much any other major, Computer Engineering and software engineering the other two at the top of that list in no particular order but programming isn’t just what it’s about so let’s start at the beginning of the curriculum which is about:

Learning how to program

This is probably what you are expecting to learn the command to write something to the screen which involves print command and your phrase.

You’ll learn how to declare an integer that you’ll use for you program which you could call anything you’ll learn how you can assign that integer of value and multiply or add to that variable you also learn you need a semicolon after nearly every line as you can see here.

You’ll learn how to do loops.

For example, if you want to write the numbers 1 through 1,00 you could write print F for every number individually and take up an hour or two of time and by the way, backslash just means go to the next line.

You could write a loop that starts at one increment by one after every loop and prints to the screen the number you’re at then stops at 1,000 coding this is so many fewer steps than writing every number.

For those who have never programmed before, don’t worry about what this means you’ll learn it later. Just realize that you can print a thousand numbers with pretty much just these two lines of codes, you don’t need much more.

Now let’s move on to the classes you may not totally be expecting or just don’t know much about. The first is Discrete Math.

No lab component just math so for everyone asking ”Do I need to be good at math for computer science?” the answer is yes but different kind of math and you’re probably used to.

Maybe you’re used to continuous math. Discrete mathematics studies the structures whose elements can be counted one by one separately, such as integers, graphs and logical sentences, which are applied in different fields of science, mainly in computer science.

The importance of discrete mathematics in this area has increased in recent decades, especially for the development of programming languages and software.

In your first week you could come across this problem:

No, not graphs like squares. It’s graphs that have a bunch of nodes or points and vertices that connect them. This is has a lot of applications in Computer science because of how complicated connections can get. Think of how we are all connected on Facebook.

One of the most important points that integrate the theory of graphs is its representation structures. Thanks to these structures we can take full advantage of the visualization of the data sets to analyze the elements in a simple way to make decisions.

In addition, this theory has been able to take full advantage of the potential of social networks. With graph analysis, it is possible to understand the relationships, preferences, and similarities between users. This has been of enormous utility for companies in the sector.

The software developer must write the algorithm and then translate it into the programming language that best suits his own needs and the requirements of the clients.

With this, the computational scientist ensures that he or she has a solid base from which to start creating a methodology with well-defined and finite scenarios, that is, they must end at some point in their journey.

Some of the subjects that can be seen during the course are:

So, if you are not yet familiar with these topics, better do some research!

Why is it important (and easy) to study Computer Science?

At this time of insecurity in the job market, where redundant professions are destined to disappear and new areas emerge, IT is more than interesting. It promises unprecedented sources of income and opportunities for freelance work, given the demand for programming skills in a variety of industries.

Studying Computer Science is not just a trend among young people. It can be used to automate tasks, solve complex problems, make predictions, or simulate events that have not yet occurred. A popular research field within businesses is data analytics, which focuses on extracting meaning from large amounts of data.

In the digital world, many problems related to computer error correction, device control, or online brand management can be solved through programming. Researchers have long associated programming with developing problem-solving skills.

Invented by Jeannette Wing, the term “computational thinking” refers to attitudes and skills, including problem solving and systems analysis, that can be derived from fundamental computing concepts.

This notion provided an opportunity for educators to explore how programming could be used as a means to develop other relevant skills, such as problem-solving, creative thinking, and critical thinking.

Programming sharpens a sense of challenge and purpose

Setting a specific goal before any task seems normal, but in most cases, people can forget about this goal along the way. In scheduling, every task is a challenge when it comes to getting out of your comfort zone or following a specific goal. The programmer must be able to clearly establish and delineate his tasks to obtain what he seeks to achieve.

Coding a website or program is an opportunity to set challenges and define goals. It is an intellectually demanding art, but very rewarding when the result is in line with expectations.

Logic, the cornerstone of code

“The code is poetry” but not only that. The logic of a code is like mental architecture. Learning to code provides the satisfaction of a tangible result: the script can be reproduced on a computer or other medium.

However, the efforts of logic, construction, and arrangement of the subsets that make up the code require real logic. Depending on the abilities of each one, the work is different, but to reach the same result, there are several means.

How to know if I will be good at studying computer science?

Personally, I would never tell anyone to give up on their dream of studying computer science just because they don’t meet some of the minimum requirements. I fully believe that hard work and discipline can overcome any obstacle.

However, it is very true that if you have some special traits and characteristics you can enjoy this technological race very much. With this in mind, someone is good at studying computer science if:

Furthermore, technology is one of the fastest advancing fields in the world. So if you don’t want to be at the forefront of new technologies, new programming languages, new devices, etc. You can feel overwhelmed very soon.

Computer science is also a very creative branch. Like a writer or a painter, you will have to create code from scratch. So you have to be very creative and practice a lot.

I hope this information on Computer Science is helpful to you. If you are looking to study this type of career at the university, I highly recommend it. Do not forget to share with those who may be interested. See you soon!

Yes, computer science degree is hard. The student requires a deep understanding of topics such as technology, software and statistical algorithms.

Is computer science an easy major?

No, computer science is not an easy major, in fact, it could be considered one of the most difficult. Even having prior knowledge can be difficult.

Is computer science a lot of math?

Yes, it does involve math. But it is not totally necessary in the field. You will need math to understand the algorithms.

Is a computer science degree worth it?

Yes, it is worth it. In this technological age, it has many fields of application, and it is also well paid.

Among the easiest degrees are English Literature, Creative Writing and Anthropology. Although each degree has its difficulty.

In this article, we answered the question ‘’Is Computer Science hard?’’ and explained why this is the case and really focus on what you will see in the undergraduate curriculum in computer science. We’ve included a few example problems and many real-world applications so you have an idea of what’s to come now.

Kowarski, I. (2019). What Can You Do With a Computer Science Degree? Retrieved October 27, 2020, from US News & World Report website: https://www.usnews.com/education/best-graduate-schools/articles/2019-05-02/what-can-you-do-with-a-computer-science-degree