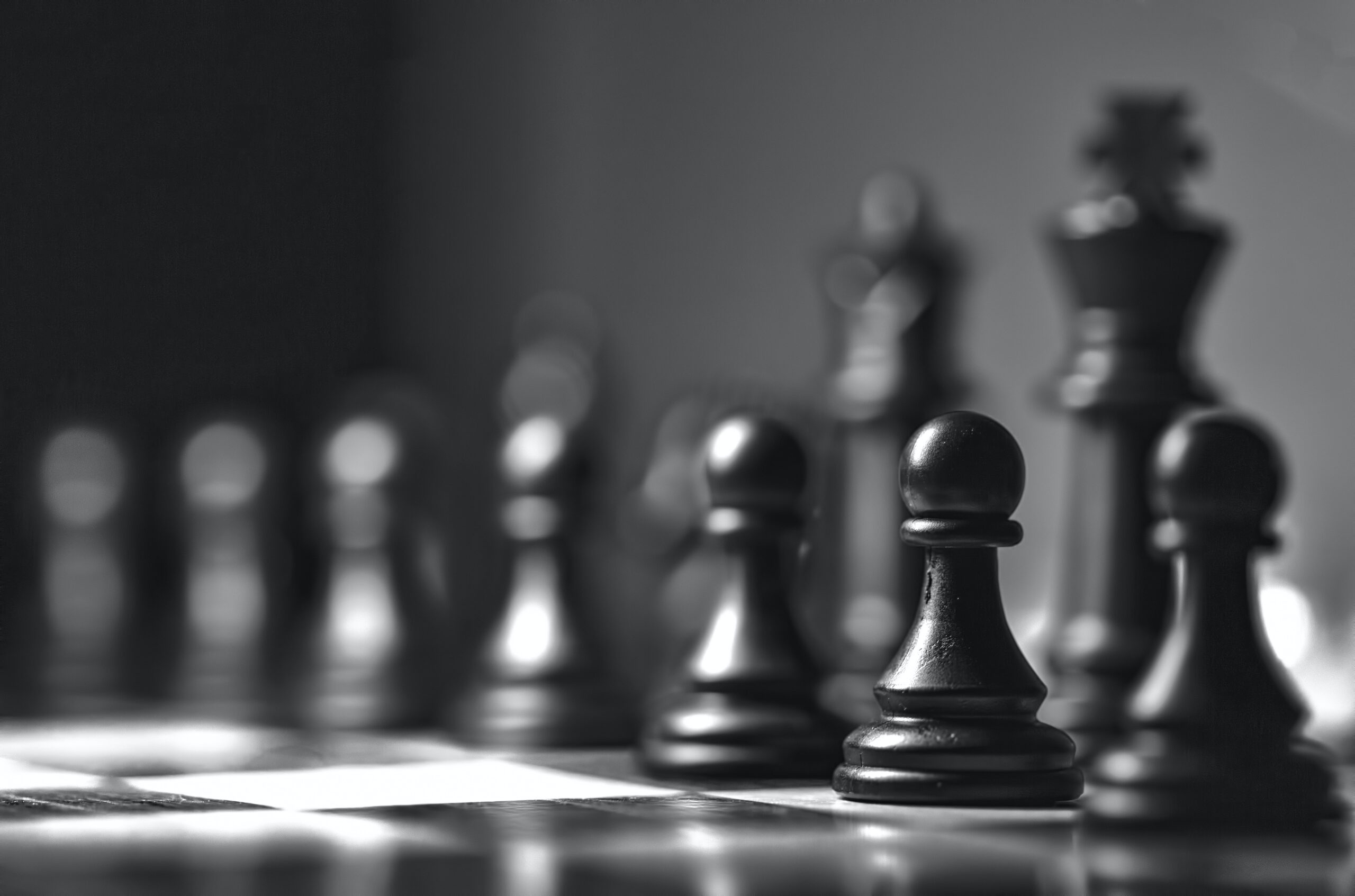 Chess is often associated with good things, with good reason. Advertisers take advantage of your image whenever they can, but few know how many concrete benefits their practice brings.

In this post we are going to answer the question ‘’Is chess good for the brain?’’ Let’s look at eleven of the advantages of chess (many more are cited along the way), collected recently in this blog and in a large number of scientific studies.

Is chess good for the brain?

Yes, chess is good for the brain. Many studies have shown how after a period of time playing chess systematically, a person’s IQ can rise, in addition to improving problem solving skills, reading, language, math and memorization skills.

Did you know that there is an area in the brain linked to face recognition that is activated in chess experts when they play?

In fact, it does not matter if you are an experienced or casual player. The areas of the brain responsible for spatial relationships are activated in both. Although it has been proven that in expert players they are activated even with the only vision of the board and the pieces arranged in the starting position.

Curiosities aside, the benefits of playing chess are many and important. Next, we will talk about some of them, although science continues to investigate and there are probably many more. Let’s see them.

Years go by, but chess never goes out of style. Several studies have shown that chess is very good for children’s brains.

Chess is considered a sport in its competitive version and it also benefits everyone who practices it, even as an amateur. Among other things, because it increases memory, concentration, creativity and logic and there are even indications that it helps prevent Alzheimer’s.

Chess is a game that, due to its characteristics, meets all these conditions; In addition, it can expose latent skills that have not been developed by traditional educational media.

It not only promotes logical thinking, but also instills self-confidence and self-esteem and improves communication and understanding skills and the recognition of patterns and rules.

Chess, more than a game

This has been seen in some schools in New York, where students who arrive transferred from other schools are encouraged to participate in tournaments, as it helps them to adapt more easily.

The effects of chess have been studied through its introduction in programs in many schools and its benefits are indisputable: from improving academic performance to reducing behavior problems.

Are smart people predisposed to chess or do people get smarter thanks to the game? When you solve the chicken and the egg, you can entertain yourself with this dilemma.

However, there are studies that get wet, such as one carried out with 4,000 Venezuelan students. After four months of giving checks, it was found that his IQ had improved.

In this link you can read more of another study by Dr. Peter Dauvergne, from the University of Sydney. In it he talks about the advantages of chess for kids, which improve their ability to solve problems, improve their reading, language, math and memory skills, develop creative and original thinking, learn to make more precise and faster decisions under pressure.

They improve their grades on exams, they learn to better choose between various options, they concentrate better, etcetera, etcetera, and all this regardless of their gender and their socioeconomic level.

Only with this point are the almost miraculous properties of chess clear.

The brain is also a muscle. A study by Dr. Robert Freidland published in “The New England Journal of Medicine” claimed that those over 75 who had practiced activities such as chess were much better prepared to fight Alzheimer’s, dementia and other mental illnesses.

In contrast, those who rarely entertained themselves with board games were much more prone and had brains that aged faster.

That said, it’s not bad to take a walk every now and then. Young or old, do some exercise from the neck down.

3. Exercise both hemispheres of the brain

“The New York Times” echoed a few months ago the study by German researchers who came to show that both grandmasters and novices, when they play a game or analyze a position, make both hemispheres of the brain work equally.

The result surprised the researchers themselves, who thought that the left side of the brain would play a more relevant role. It turns out that we are so clever that in order to solve the difficulties posed by our favorite game faster, we use the last available neuron.

The right hemisphere of the brain is responsible for creativity and from what has been read in the previous point it should not be surprising that chess helps to develop it, something that is common sense for anyone who knows this game a little, although there are great masters more artists and others more similar to robots.

Of all the available studies, one by Dr. Robert Ferguson stands out, carried out with students. After 32 weeks, the group of student chess players obtained better results in creativity tests, with originality as the main improvement of their skills.

If they had studied Tal or Bronstein’s games they probably would have gone even further.

This is also a no-brainer, although it may re-pose the chicken and egg dilemma. It is not possible to be a good chess player without a good memory. To be sure, an old study from 1985 showed that students who played chess stood out for their better memory in all subjects.

In another experiment in Pennsylvania, it was found that students who had never played games also significantly improved their memory and verbal skills, which is funny considering how little is usually spoken during a game.

Chess develops above all this ability, with the added difficulties of the time limit and the presence of a villain who puts stones in your way. In another study carried out in the 1992 Olympic year, a group of 450 students were divided into three groups:

The first followed the normal program, the second received chess lessons after finishing the first grade, and the third began to practice chess from the beginning. It will not be necessary to detail what was the final classification between the groups in the tests that were carried out later with these 450 children.

This point is more surprising. Dr. Stuart Margulies (perhaps something to do with the protagonist of “ER” and “The Good Wife”) discovered from a study (conducted in 1991 in 53 elementary schools in New York) that the kids who participated in chess program, for two years, significantly improved their reading ability and exceeded the national average.

The average advantage of the gamers was 5.4 points in the national percentile (Americans even have a standardized test to measure these things; they are not based on subjective assessments).

Margulies himself exposes some theories to justify this miraculous property of chess, but he does not offer a definitive conclusion.

Another conclusion that is not surprising. Chess requires so much concentration that a player engaged in an interesting game can be completely isolated from outside noise.

This is easily observable when we watch a high-level chess game, this game demands so much concentration from the person who practices it, that the player ends up completely isolating himself from everything that happens around him.

9. It makes the dendrites grow

If we knew what they are, it would already be a breakthrough. The dendrites are neuron extensions. They are involved in receiving stimuli, as they serve as receptors for nerve impulses coming from an axon belonging to another neuron.

That said, that these interneuronal connections grow can only be good (within an order). The best thing about chess is that they not only develop when you learn to play, but practice afterwards is still the best natural fertilizer.

The prefrontal cortex is one of the last areas of the brain to develop, just the area responsible for planning and anticipating events, self-control and good judgment.

It is very positive to practice chess from an early age. Those children who do so do better in problem solving, reading, and verbal or math comprehension.

We cannot ignore the fact that chess is one of the oldest games in the world, it is remote in case you did not know it more than 1500 years ago.

But nevertheless it has evolved as it spread in a worldwide way, until it became the game that many people play day after day; as a result, this journey has come to unite many people of different cultures, ages and backgrounds around their shared passion for this game.

So, is chess good for the brain?

Indeed, cognitive psychology especially applied to the clinical and educational area has been carrying out for several years a set of investigations that result in chess meeting all the requirements and demands necessary to implement cognitive skills for our effective development in everyday life, and last but not least, interesting advances in the prevention, control and treatment of degenerative neurological pathologies.

The multiple benefits of playing chess in a systematic way are then evident, enhancing the skill of this sport at an early age in children would progressively help them to develop capacities and abilities that lie hidden in the mysteries of our brain, a whole potential intelligence and emotionality with the right balance of the best chess champions.

FAQS: Is chess good for the brain?

What does playing chess do to the brain?

Chess is a very old strategy game that involves a fairly complete cognitive and emotional training. Some of its main benefits are the improvement of planning, organization, problem solving, attention, visuospatial capacity, memory, artificial and emotional intelligence.

Can chess make you smarter?

The theory that playing chess makes you smarter is beacause Chess requires attention and intellect, and because math and reading and writing skills require the same general abilities.

Is chess good for mental health?

In psychotic disorders, scientists have concluded that those schizophrenic patients who received chess training had an improvement both cognitively and emotionally.

Is chess bad for your brain?

No, chess isn’t bad for your brain.

In this post we answered the question ‘’Is chess good for the brain?’’ We have looked at eleven of the advantages of chess (many more are cited along the way), collected recently in this blog and in a large number of scientific studies.