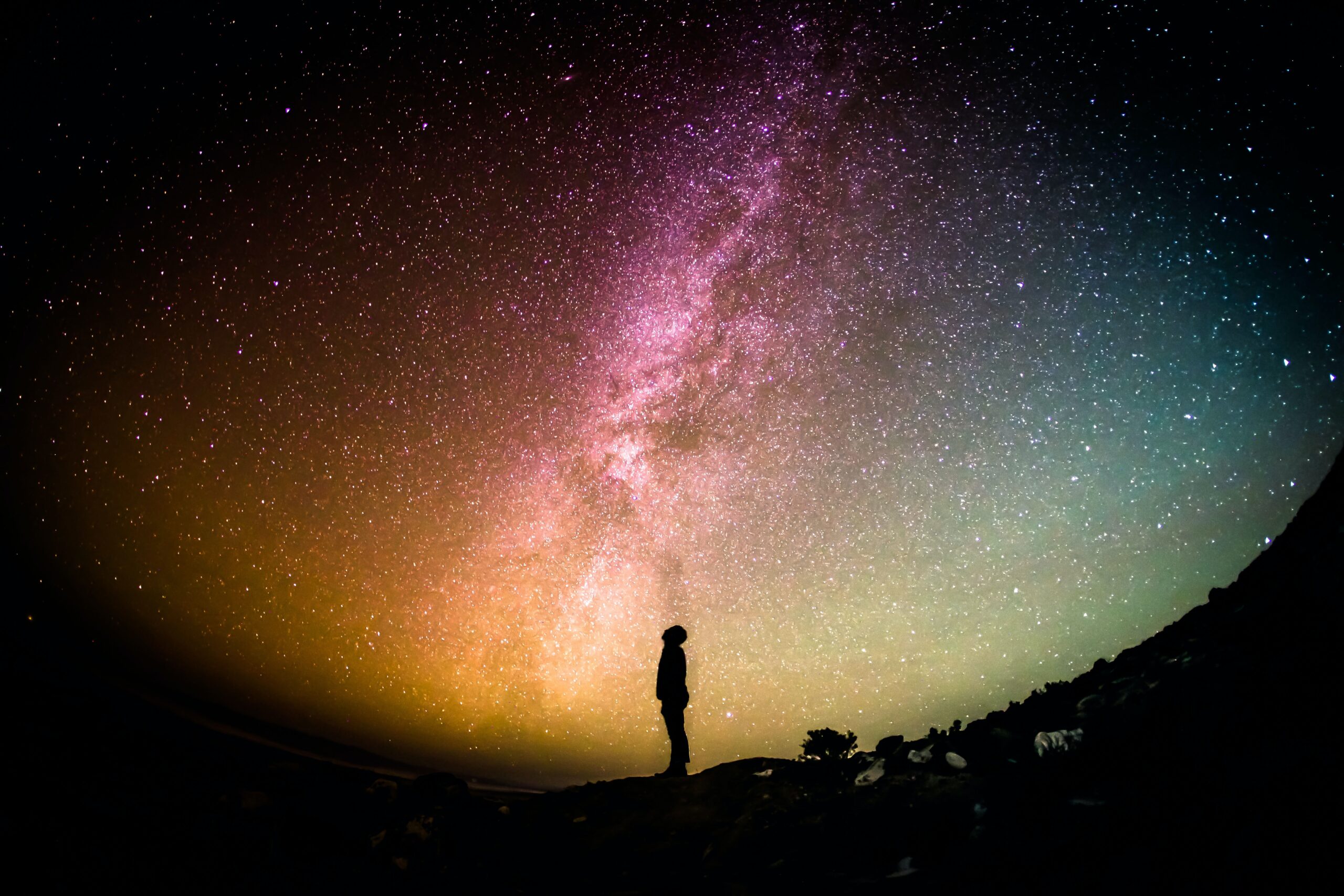 In this guide we are going to answer the question ‘’Is astronomy a STEM field?’’, If you’re interested in science, we will delve into the objectives and techniques of astronomy, as well as the areas of study on which it is based.

Is astronomy a STEM field?

Yes, astronomy is a STEM field without a doubt. Astronomy is rich in disciplines such as chemistry, computing, engineering, mathematics, and physics.

The word STEM is an acronym for the following words: Science, Technology, Engineering, and Mathematics. So we could say that STEM careers are those that are related to the following areas of knowledge:

Within these four branches of knowledge there are an infinity of university careers, ranging from Nanoscience to Aeronautics, through the Development of Web applications or Medicine.

Think for a moment, what careers do you know that you could enter within the field of Science, Technology, Engineering or Mathematics. Surely many have come to mind, and we could all classify them as STEM careers.

Here are some examples of some of what are considered STEM careers:

We could say that all these careers are the best known by society, but the truth is that new disciplines are currently emerging that try to respond to the new demands of companies and today’s society. The new STEM degrees are related to data processing (Big Data), virtual reality and augmented reality, the Internet of Things (IoT), Bioinformatics, etc.

According to Bill Gates, “We cannot maintain an innovative economy unless we have well-trained people in science, mathematics and engineering.” Science, technology, engineering and mathematics play an important role in education in developed and developing countries.

Astronomy it’s an extremely ancient science, given that its mysteries were one of the first unknowns that human beings formulated, in many cases giving them mythological or religious answers.

In addition, astronomy has not only existed as an independent science, but has also accompanied other areas of knowledge and other disciplines, such as navigation – especially in the absence of maps and compasses – and more recently physics, for whose understanding of the fundamental laws of the universe is indispensable.

Astronomy comprises the study of the universe, cosmological theories and various celestial bodies – their formation and evolution, along with their physical and chemical aspects.

People who study the career of astronomy must have a special interest in science, mathematics and physics. The work field in which professionals can operate can be: teaching, research, and extension work in observatories and planetariums.

Astronomy as a science

Astronomy is an interdisciplinary science par excellence. It is related to various areas of human knowledge, such as mathematics, physics, biology, geophysics, meteorology, engineering, chemistry, ecology, archeology and philosophy.

Since its inception, astronomy has been linked to mathematics to describe astronomical observations quantitatively. In modern times there is a mutual influence between astronomy and the other natural sciences, particularly with physics.

We have as an example the development of Newton’s theory of universal gravitation, where the movement of the planets is interpreted thanks to the universal physical law. An important confirmation of this theory was the prediction of the comet’s passage in 1758 made by E. Halley in 1703.

Next, we will show the relationship of astronomy with other areas of knowledge.

Most of the astronomical information we receive in the form of light. The analysis of electromagnetic radiation that we receive is essential for astronomy. Furthermore, to interpret the spectra it is necessary to know the atomic and molecular parameters.

Astrophysical theories often have very complex mathematics, especially topics such as chaos in orbits of the solar system and the Superstrings Theory. Furthermore, the solution of certain problems is only possible with extremely complex numerical calculations.

In several areas of astronomy, intense numerical calculations that require great processing power are used, such as the simulation of supernova explosions, galaxy formation in 3D. For this, supercomputers, workstations or clusters of PCs are used for processing.

In the last 30 years, a large number of molecules have been discovered in space. For example, an understanding of molecular clouds requires a theory of how these molecules form. Spectrum analysis in the laboratory is also of utmost importance.

The structure and origin of the planets and their satellites are similar to those studied by geophysics and meteorology. It is also important to note that the Sun has a direct influence on the climate on Earth, and there is a branch of astronomy dedicated to the study of space weather, taking into account the Sun-Earth relationships.

The revolutionary development of astronomy in the last 40 years would not be conceivable without the vertiginous technological development that has taken place.

Astrobiology is a branch of astronomy in increasing development, especially after they began to discover planets outside the solar system in the past decade.

The search for some form of life on other planets (or satellites) of our solar system is possible with shipping of space missions, such as those sent to Mars. Furthermore, the study of the possibility of life on extrasolar planets is an important field of research.

There’s great concern of astronomers for the conservation of the heavens, this is how astronomers in various parts of the world promote ecologically correct lighting, which saves energy and does not cause light pollution that diminishes our ability to study objects in the sky.

For several years that the discipline of aerospace law has developed, mainly posing the problem of the use of space It’s also possible to raise problems such as the right that nations have on the colonization of other parts of the solar system, exploitation of natural resources from others planets, satellites and asteroids

The implications that astronomy brings to Philosophy and Religion are very deep. Hubble’s great discoveries and the Big Bang theory of the origin of the Universe had a profound impact on these areas of human knowledge.

Is there intelligent life in other parts of the universe? If one day we come into contact with extraterrestrial civilizations, our conception of the planet we live on will certainly change.

What are the branches of astronomy?

What are the functions of an astronomy graduate?

Studies in astronomy should train the student in all branches of current astronomy, as well as in each of the fields with the greatest future and greatest demand that exist today in the sector.

In this sense, it’s essential that the student has a deep understanding of the morphology of galaxies and their distribution in the Universe, the evolution of stars and planetary systems, the components of our own Solar System, as well as the evolution of the Universe in the future based on current data.

The main function of the graduate of the Astronomy Career is to contribute to knowledge regarding the study of the universe. Depending on the branch of discipline you choose, your role will vary between collecting data and contrasting it, or developing new theories to validate the work of colleagues.

Also, within the Astronomy Career there are subdivisions, and depending on which one you choose, your role in society will vary. The most important divisions of the discipline are:

Astronomy graduates usually spend most of their time in a laboratory, but it is also possible that they dedicate themselves to teaching and research. So, and summarizing, the main functions of an Astronomer are:

So, the work field of the graduate of the Astronomy Career focuses on three large areas: those who are dedicated to research, those who observe, and those who develop theories. Teamwork is essential.

There are two types of astronomers: theoretical and observational.

Theorists are dedicated to understanding the evolution of the universe, collecting data, and comparing it with other observations or simulations. Observational astronomers focus on discovering new theories and finding ways to validate the work of theoretical astronomers.

The astronomer plans his observations, analyzes the information and develops new theories. They have a great capacity for abstraction from reality, base their foundations on logical reasoning, understand spatial, physical and mechanical concepts. And show a good synthesis to convey their ideas due to their inductive and deductive ability.

The Astronomy career is related to the processes to understand what space is, what practical applications accompany the study of the universe, how navigation is oriented in the sea and in the air, how calendars are assembled and how time is accurately measured

Without a doubt, it seems unusual to question whether astronomy is a science, we would say that it is the oldest of them, and that it is enriched by many other areas of study.

FAQS: Is astronomy a STEM field?

What are considered STEM fields?

STEM stands for: Science, Technology, Engineering, and Math.
You can find careers like:

Is Archaeology a STEM field?

Archeology is considered a science and a humanity. However, it still enters the STEM Field.

No, Public Policy is a policy field. In charge of analyzing the interaction between scientific, technological developments at a social and governmental level.

Is statistics a STEM field?

Yes, considering that statistics is a branch of mathematics.

What are 3 STEM careers?

In this guide we answered the question ‘’Is astronomy a STEM field?’’, If you’re interested in science, we delved into the objectives and techniques of astronomy, as well as the areas of study on which it is based.