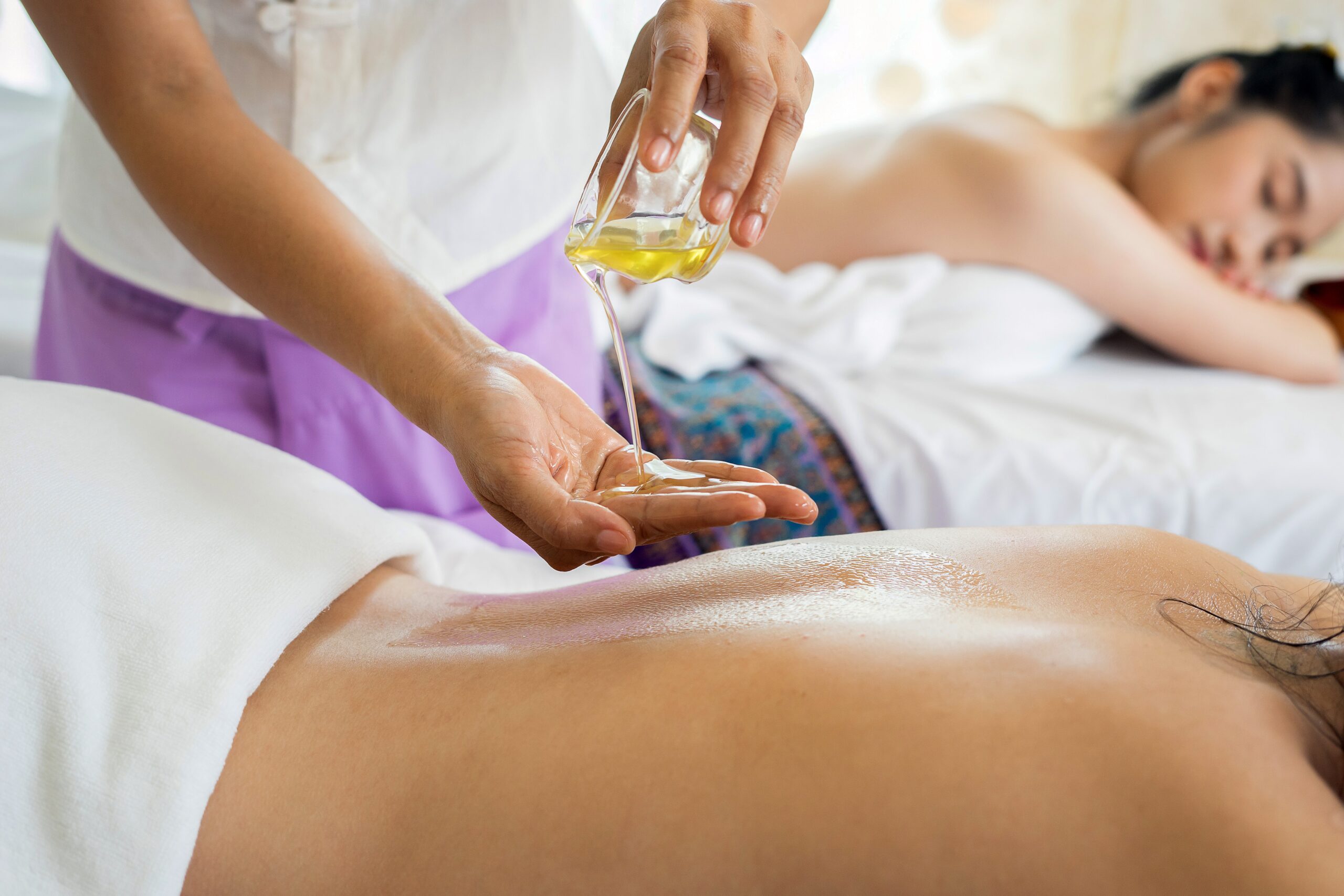 Can you imagine living forever? Or see you gleaming in your 80s? Well science seems to have an answer for that.

In this article we will talk about Immortality gene therapy, we will discover the advances in science in reference to cell death and the ability to extend the life years of humans.

It is very likely that many people alive today will reach 120 years of age. Maybe even yourself. Life expectancy increases by 2 years for every decade, and there are already more than 500 thousand people over 100 years of age worldwide. Therefore, how long can we stretch the limits of human life? Will we become immortal?

Although it seems like a science fiction plot, there is a molecule with the ability to extend life indefinitely, and you don’t need to go far to find it. It is within your own body, yes, at the microscopic level. Telomerase is an enzyme whose sole function is to confer additional life on cells. And how do you get it? Lengthening the ends of chromosomes, called telomeres.

Genetic information is stored in the chromosomes, that is, the instructions that order how everything works in your body: the color of your hair, the shape of your nose … and, also, the diseases that you are most at risk of suffering from.

Since their discovery in 1990, short telomeres have been shown to be associated with premature aging and higher incidence and mortality from cancer.

In addition, it is related to a weakened immune system, type 2 diabetes, high levels of cholesterol in the blood, hypertension, cardiovascular diseases, low bone density, dementia and even infertility.

In scientific jargon, telomeres are to chromosomes “like the plastic at the end of shoelaces.” Each time cells divide, the telomeres get shorter and shorter until they reach a critical limit, known as the Hayflick limit.

Thereafter, telomeres are so short that chromosomes can become unstable, and there is a greater chance of DNA damage: genetic errors and mutations. Which translates into disease and aging.

Therefore, if there is an enzyme capable of lengthening telomeres, why do we suffer from diseases and die? In reality, telomerase activity is “turned off” at birth. So from then on, we are hopelessly doomed to grow old and ultimately to die. Sooner or later

Telomerase, key in the progression of tumors

An enzyme capable of giving additional life to cells was a very promising finding in the development of anti-aging and even anti-cancer therapies.

It is precisely to this dreaded disease that we owe such a discovery: in 2003, the American Elizabeth Blackburn, together with her team, was awarded the Nobel Prize in Medicine for demonstrating how tumor cells were capable of activating the action of telomerase to become immortal.

So far, the oldest human has been French Jean Calmet, who died at 122 years of age. But this appears to be only the beginning of a generation of much older humans.

Will we come to dominate telomerase to extend the life of our cells indefinitely? For the moment, this hypothesis still belongs to science fiction. What is science is that the future of medicine, increasingly personalized, is aimed at delaying and preventing all diseases, which, of course, implies living longer.

At the moment, the only thing that is in our power is to avoid the damages that we know that significantly shorten telomeres: poor diet, stress, sedentary lifestyle, alcohol or tobacco … Up to 80% of the factors that intervene in aging they are, like these, modifiable.

Would you modify your genes to live longer and better? Scientists have taken a key step in slowing down the “biological clock” by acting on genes for the first time. They have done it with gene therapy, a technique that heals by repairing faulty genes in patients.

This strategy has already been used in patients with hemophilia or rare diseases such as ‘bubble children’, but for the first time, it has been tested against diseases that cause aging.

Research has shown that gene therapy can “extend healthy life years” and achieve a “rejuvenating effect.” For now, only in mice.

Treated mice lived 24% longer. If it is assumed that the half-life of humans is about 80 years, this would mean that the treatment would allow to reach a hundred years of half-life. However, the important thing is not to live longer, but rather that these animals after treatment has increased what is called “health span” or life time without the disease.

Before it’s too late

The treated mice prolonged their lives and also delayed the onset of typical aging diseases: osteoporosis, type 2 diabetes, neuromuscular coordination … Although not all laboratory animals achieved the same result.

The therapy was tested with adult and elderly animals. Adult mice performed the best and lived 24% longer than older mice. When considering a possible application in humans, these results would encourage applying the therapy before aging takes its toll and it is too late to reverse the decline.

This research tests a hypothesis and shows a treatment that works. In this case, it has been shown that aging occurs due to the lack of an enzyme, telomerase. Gene therapy consists of correcting this absence, introducing the telomerase gene into the cells of the body.

To get the corrector gene into the body, a modified virus was used as a “biological” taxi. With the infectivity of the virus, the checker gene deposited the telomerase gene in all cells. The virus used is safe and has already been used in similar therapies in hemophiliacs.

The therapy worked with a single treatment and also demonstrated its safety. None of the treated mice developed cancer, one of the greatest dangers of this strategy.

The telomerase gene slows down aging but is also a kind of Dr. Jekyll and Mr. Hyde. In adult organisms, telomerase favors cancer and the immortality of tumor cells. Therefore, there has always been a barrier in its use when designing anti-aging therapies.

They have managed to prevent the viruses used from integrating the telomerase gene into the genome of the cells to reduce the possibility of causing tumors. Those cells with a lot of telomerase that divide would lose it with form increase their number of divisions.

In an editorial comment accompanying the research, two researchers consider this therapy a feasible and safe strategy to prolong life in good health.

One of the advantages of gene therapy over other possible anti-aging treatments is that a single treatment would suffice. It would not require constant administration of a drug throughout the life of the patient.

The next step now is to identify the diseases associated with aging that can benefit from this type of therapy. The strategy has already piqued the interest of the pharmaceutical industry.

The therapy is based on treating the animal with a virus whose DNA has been modified, specifically it has been replaced by the enzyme telomerase, one of the most important genes for aging.

Telomerase repairs the ends of chromosomes, the so-called telomeres, and in doing so slows down the biological clock of the cell and, therefore, of the organism. The virus, by infecting the animal, acts as a vehicle that deposits the telomerase gene in the cells.

Telomeres are structures that protect the ends of chromosomes, but in a limited way in time: with each division of the cell, telomeres shorten, until they become too short and can no longer perform their function.

As a result, the cell stops dividing and ages, or dies. This is prevented by telomerase, which slows the shortening of telomeres or even rebuilds them again.

The telomerase gene, however, is only active in most cells before birth; the cells of the adult organism, with few exceptions, do not have telomerase. The exception is adult and cancer stem cells, which divide without limit and are therefore immortal.

Precisely, the risk of promoting the development of tumors had always been an obstacle when considering anti-aging therapies based on telomerase.

For this reason, the researchers note that the animals in this trial have not developed cancer. The scientists attribute this to the fact that the therapy begins when the animals are already adults, and, therefore, they do not have time to accumulate the number of aberrant multiplications necessary for the appearance of tumors.

The viruses used to carry the telomerase gene into cells are derived from other non-pathogens in humans that do not have the capacity to replicate. Therefore they are “very safe, widely used in gene therapy with great success in treating hemophilia and eye diseases,” according to the study.

The researchers rule out that this treatment can be applied in the short term in humans, although they consider that it may open a new way of treating diseases related to the presence of abnormally short telomeres in the tissues, such as some cases of human pulmonary fibrosis.

Can telomerase make us immortal?

Tumor cells are capable of activating the action of telomerase to become immortal. This finding represented a very promising advance in the development of anti-aging and even anti-cancer therapies.

Will immortality ever be possible?

Scientists affirm that between the year 2029 and 2045, we will have computers with more transistors than neurons in our brain. And that will be the beginning of the technological singularity, when artificial intelligence catches up with human intelligence

Can telomeres be the secret to immortality?

What is the immortality gene?

It has identified the primary gene that holds embryonic stem cells in a state of youthful immortality. As they are “pluripotent,” ESCs are special, able to differentiate into the various cells in the body

Why are lobsters immortal?

The American lobster is one of those animals that reproduce sexually and still seem to live forever. That might explain why some large specimens are at least 140 years old. However, American lobsters use an enzyme called telomerase that lengthens them.

In this article we talked about Immortality gene therapy, we discovered the advances in science in reference to cell death and the ability to extend the life years of humans.