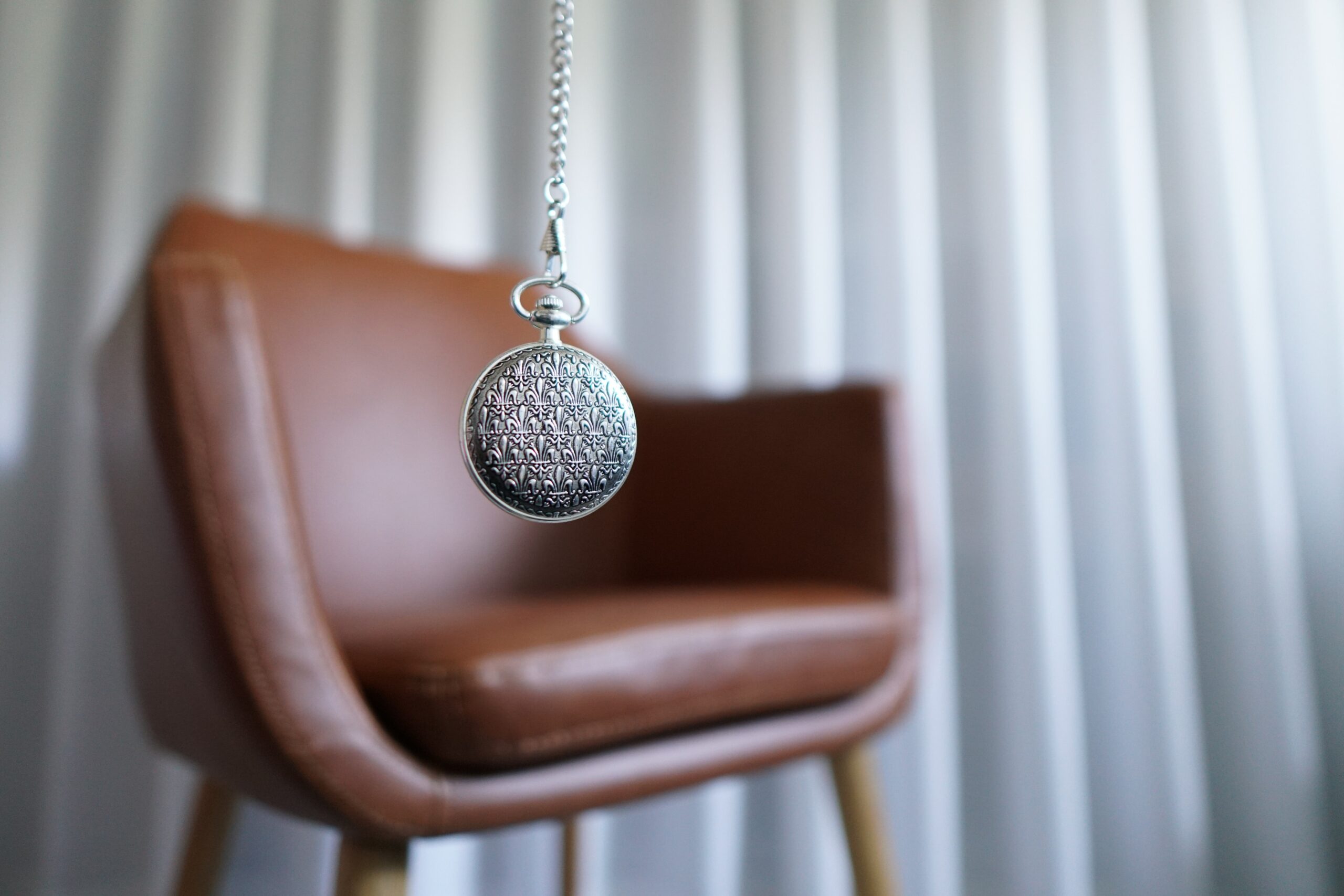 In this post we are going to give a definition of hypnotic analgesia, we will see how it works and what are the main criticisms of this alternative therapy.

Disappearance or decreased sensitivity to painful stimuli through hypnosis. It can be local or general.

Analgesia with hypnosis or hypno-analgesia is possibly one of the best documented procedures, especially with regard to the control of acute and chronic pain in both adults and children.

Hypnosis analgesia can be applied in different ways, although the most commonly used techniques are distraction and dissociation.

Generally the former for moderate pain, and the latter for chronic or invasive pain (surgery), although both techniques achieve complete elimination in the perception of pain.

The hypnotizability variable (Stanford hypnotic susceptibility scales) was frequently incorporated in clinical trials of this type, however, today there is a clear awareness that this variable is not a determining factor in the result, despite the fact that in the past significant value was attached to it.

We will address the conception of Division30 of the APA, which in 2005 proposed a definition agreed upon and accepted by the main hypnosis associations around the world, noting that:

Hypnosis is not a type of therapy, like psychoanalysis or behavior therapy. Rather, it is a procedure that can be used to facilitate therapy.

Clinical hypnosis should only be applied by appropriately qualified and accredited healthcare professionals who have been trained in the clinical use of hypnosis and are working in areas of their professional competence.

Hypnosis involves a process during which the subject is given suggestions that promote imaginative experiences.

People can also learn self-hypnosis, which is the act of administering hypnotic procedures to oneself. If the subject responds to hypnotic suggestions, it is inferred that he has been hypnotized.

In addition, from an essentially operational point of view, Kihlstrom, in 1985, pointed out that hypnosis involves a communication relationship between the hypnotist and the hypnotized person that seeks to generate specific behaviors based on changes in subjective experience, somatic responses and motor performance based on certain prior suggestions.

In conclusion, hypnosis is a natural state of focal, active and attentive concentration coupled with a state of relative disconnection from peripheral attention to irrelevant environmental stimuli

This allows the hypnotized person to make the most of his innate abilities to control perception, memory and somatic functions, increasing self-control over their behavior, their perceptions and their cognition.

To understand analgesia with hypnosis, it is necessary to understand the biology of pain with its sensory and discriminative variables, as well as cognitive and motor variables.

Modern neuroimaging technology has not made it clear that any sensory experience involves a wide network of brain systems and pain is no exception to this rule, involving an important network of cortical and sub-cortical systems, especially in the somatic cortex:

Primary and secondary sensory (S1 and S2), the thalamus, the insula, the anterior cingulate corxtex, the basal ganglia and the anterior frontal cortex.

We identified 4 differential functions in pain, such as its perception, managed by the primary somatosensory cortex, the thalamus and the insula. The attention paid to pain, managed by the anterior cingulate cortex.

Hypnosis analgesia frequently has an inhibitory effect on the activity of peripheral spinal reflexes. The amplitude of the Hoffman reflex decreases very visibly during hypnosis.

All the subjects observed showed a reduction in the metrics of the evoked potentials during analgesia with hypnosis, and an observable increase in pain tolerance a posteriori, although not all with the same intensity.

However, what is most interesting in our opinion in the results is that hypnosis analgesia, unlike pharmacological analgesia, does not easily reverse after applying an opiate antagonist such as naxolone, unless stress occurs.

Another outstanding and surprising element is that hypnosis analgesia in patients with arthritis increased the immunoreactivity of beta-endorphin, while the plasma levels of epinephrine, dopamine or seronotonin did not change.

In view of these results, all the researchers are surprised at the scant interest in continuity in the research.

Other evidence regarding the efficacy of hypnosis analgesia comes from studies of E.E.G. Practically all the studies carried out have been done by inflicting continuous pain on the patient (for example, incision or pressure) for at least 60 seconds. Crawford evaluated in 1990 the incidence of hypnosis analgesia in these E.E.G., using an immersion of the hand in ice water, observing a lower theta activity in the left hemisphere, and greater in the right hemisphere.

On the other hand, other researchers used brief electrical shocks to the left wrist, measuring their consequences in the frontal, central and posterior region, evaluated in another publication and did not observe this lower.

Theta activity, but possibly it is because they did not place electrodes in the temporal region, exactly where Crawford observed the hemispheric changes.

The theta reduction during hypnosis suggests greater cortical activation, which reinforces something that was already known, and that is that hypnosis requires cognitive effort.

In a patient undergoing dental surgery, without analgesia other than hypnosis, a decrease in E.E.G. was observed. in the left hemisphere, more specifically in the alpha and theta waves that are interpreted as the involvement of this hemisphere in the bipolar parieto-occipital shunt.

In adult patients with chronic or recurrent low back pain, additional evidence was obtained regarding the inhibition of pain in the left anterior frontal region during hypnosis analgesia, which would indicate a reduction in cortical activity.

An increase in blood flow in the somatosensory region is observed during the application of hypnosis analgesia with reductions or bilateral increases in the primary and secondary somatosensory cortex, which were also observable by neuroimaging.

These variations in blood flow and their interaction with the thalamic nuclei remain an unknown area and their interpretation is subject to medical debate.

It was also observed in a P.E.T. with adult women suffering from fibromyalgia, that after the application of analgesia with hypnosis, the reduction in pain perception is accompanied by an increase in the activation of the orbito-frontal cortex and the sub-callosal region of the cingulate in the right thalamus.

Also regions like the lower right parietal area and the anterior and posterior cingulate, all of them related to the limbic structures of emotional processing, suggesting to medicine that hypnosis analgesia is directly related to psychology aimed at inhibiting consciousness or pain perception

This had already been observed with the somatosensory evoked potentials that produce an activation of the insula, the thalamus, the sensory-motor cortex and the parietal region, with the result of inhibition in these neuronal pathways, associated with the perception of pain.

Clinical hypnosis has nothing to do with those hypnotists that we can see on television, but rather this is a therapeutic tool with very positive results. However, erroneous beliefs about this type of therapy cause many people to fear or refuse to use this resource in therapy.

It is necessary to mention that clinical hypnosis is only one part of an intervention with many other elements that will offer the results that are intended to be achieved. For example, it is highly effective in helping to manage pain, anxiety, overcoming trauma, and even to address those physiological disorders that have a great psychological factor.

The problem with hypnosis is that it is associated with a series of events that make it a phenomenon outside the rational and away from science. We must differentiate between mere entertainment spectacle and psychological technique that can benefit us considerably.

To get away from that hypnosis that is associated with the paranormal and the occult, it is necessary to disprove certain myths that arise around this practice. First of all, hypnosis is believed to involve the loss of our consciousness.

In clinical practice, if this happens, it is because the patient has fallen asleep. In fact, the person participates actively in the whole process, concentrating totally on what the therapist tells them.

On the other hand, it is believed that the person performing hypnosis has “special powers.” This is not the case, the psychologist has therapeutic skills that he sets in motion, just as when he uses other techniques in treatment. It is also thought that if we are hypnotized we cannot lie.

Another false assumption. Under hypnosis we will reveal the information that we want, as we do in other situations.

Another myth is that the hypnotist will be able to do with us what he wants if he hypnotizes us. Absolutely. In fact, it is proven that the subject is led by what the therapist tells him to where he himself wants to go and no further.

It is also thought that we are going to lose all capacity to control our behavior, but in reality we are not going to be hypnotized if we do not want to be. Like we can get out of hypnosis when we decide.

Finally, it is believed that under hypnosis, we remain totally passive and let ourselves be done by the hypnotist.

Although it is true that we must let ourselves be carried away by what the therapist tells us, we will have to work our attention and our imagination, as well as our emotional involvement.

Barber J. (1996). Hypnosis and suggestion in the treatment of pain: A clinical guide.