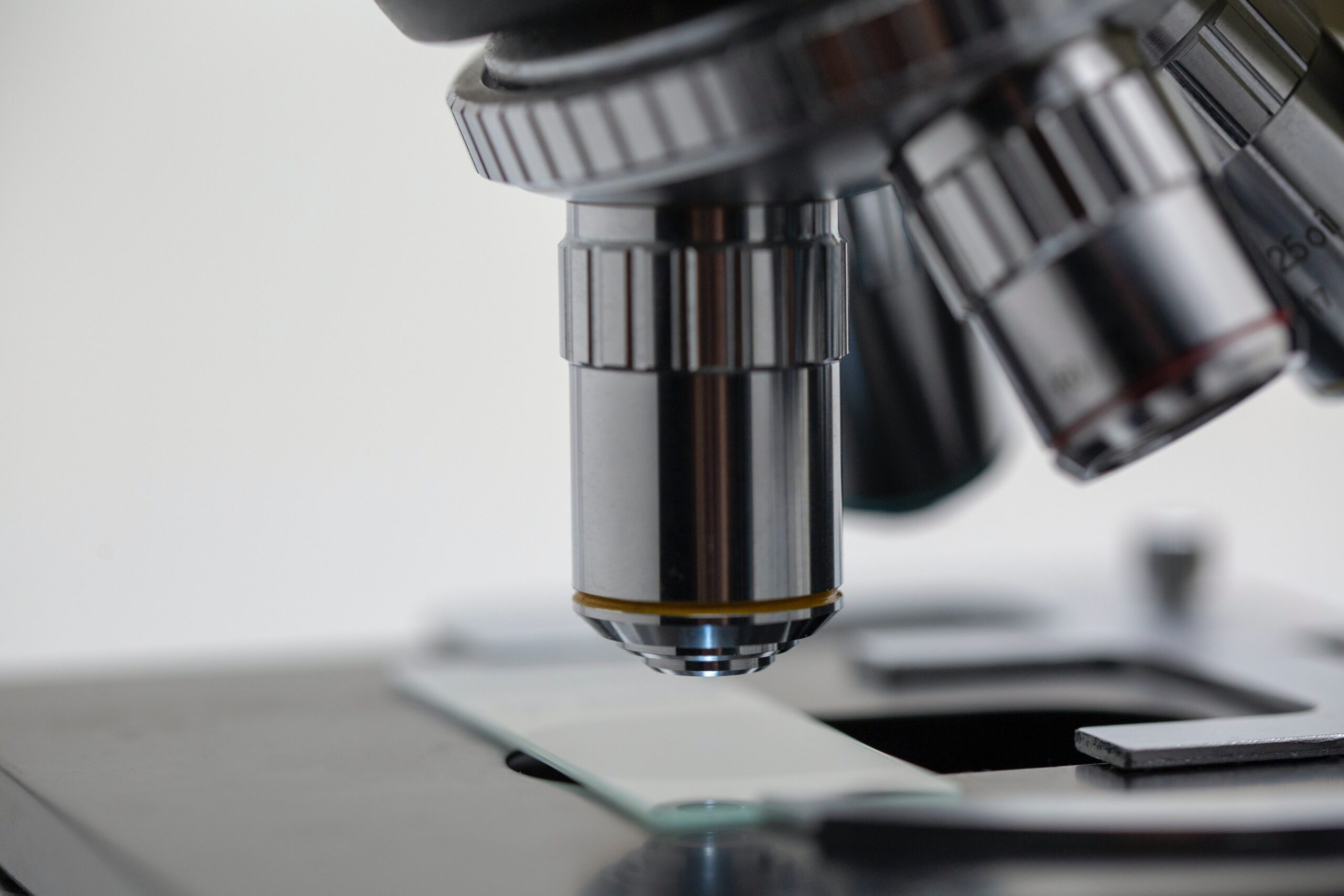 Neuroscience is a well-known branch of science, but, curiously, not everyone knows what it really does. If we tell you that it is the one that studies your brain, for example, what do you think?

In this post we are going to answer the question ‘’How neuroscience works?’’ We will navigate within neuroscience, we will introduce you to the history, objectives, techniques and discoveries of this great science.

Neuroscience works by studying the nervous system and its impact on behavior and cognitive functions through imaging techniques.

Neuroscience has traditionally had the objective of knowing the functioning of the nervous system. Both at a functional and structural level, this discipline tries to know how the brain is organized. In recent times, it has gone further, wanting not only to know how the brain works, but also the impact it has on our behaviors, thoughts and emotions.

The development of new techniques has been of great help in this field in order to carry out experimental studies. Neuroimaging studies have facilitated the task of relating specific structures with different functions, using a very useful tool for this purpose: functional magnetic resonance imaging.

Did you imagine that neuroscience was so important? In fact, historically it has been described as a division of biology, but the truth is that it goes further.

It not only focuses on cellular, evolutionary or molecular aspects of the organism, but also on others such as linguistics, mathematics or philosophy, since it has greatly expanded its field of action, since everything is related.

Because, contrary to what you might think, neuroscience is much older than imagined. For example, the Egyptians already made their first attempts almost 4000 years ago, which is when the first documents that speak of the brain, symptoms and diagnoses are dated.

But the great development of this science came in the 1950s, when the scientific study of the nervous system achieved enormous advances. Since then, new branches and subdivisions such as electrophysiology or computational neuroscience have been born.

The beginnings of neuroscience

One cannot speak of the beginnings of neuroscience without naming Santiago Ramón y Cajal, since he formulated the doctrine of the neuron. His contributions to the problems of development, degeneration and regeneration of the nervous system are still current and are still being learned in the faculties. If neuroscience has a starting date, it would be in the 19th century.

With the development of the microscope and experimental techniques, such as tissue fixation and staining or research on the structure of the nervous system and its functionality, this discipline began to develop.

But neuroscience has received contributions from numerous areas of knowledge that have helped to better understand the functioning of the brain. It can be said that the successive discoveries in neuroscience are multidisciplinary.

It has received great contributions throughout the history of anatomy, which is responsible for locating each of the parts of the body. The physiology more focused on knowing how our body works.

Pharmacology with substances external to our body, observing the repercussions on the body and biochemistry, using substances secreted by the body itself, such as neurotransmitters. Psychology has also made important contributions to neuroscience, through theories of behavior and thought.

Over the years, the vision has changed from a more localization perspective, in which it was thought that each area of ​​the brain had a specific function, to a more functional one in which the objective is to know the global functioning of the brain.

What are the different branches of neuroscience?

This is a fundamental part of Neuroscience to improve education, this branch goes hand in hand with learning, from the point of view of how the brain has the ability to analyze, create and generate an effective solution to the different problems that arise.

This is one of the branches with the greatest development today, since it has been put into practice to improve the learning methods that can be taught in the different student centers.

As we well know, our body is made up from the most molecular to the most macroscopic, which is why this science seeks to explain how different molecular substances work in the neuron.

And this is really important, since the neuron is the main cell of the nervous system, which makes its study of vital importance.

Feelings are really marked in our brain, that is why behavioral neuroscience examines the areas of the brain and brain processes that lead to a certain behavior.

This is one of the best known branches, since it is studied by neurologists and psychiatrists, in order to seek trafficking or prevent each of the different pathologies that can be found in the nervous system.

This is really important, since it studies the stimuli or reactions that legal and illegal drugs can generate in our nervous system.

In order to work on this, it studies everything from the chemistry of the drug to the reactions that are generated with substances in our nervous system.

You see that the study of the nervous system and the brain is much more complex than you might think a priori. There is no doubt that it is worth further research in this regard, since it is the best way to understand why human beings behave the way we do, what motivates us, where our psychological and neurological diseases come from, etc.

Describing all those important studies in neuroscience would be a complicated and very extensive task. The following discoveries banished some previous ideas about how our brain works and opened new avenues of research. This is a selection of some important experimental works among the thousands of existing works:

Until 1998 it was thought that neurogenesis only occurred during the development of the nervous system and that after this period the neurons only died and no new ones were produced. But after Eriksson’s findings, it was found that even in old age, neurogenesis exists. The brain is more plastic and malleable than previously thought.

Contact in parenting and cognitive and emotional development (Lupien, 2000)

This study demonstrated the importance of physical contact with the baby during rearing. Those children who have had little physical contact are more vulnerable to deficits in cognitive functions that are often affected in depression or in high-stress situations such as attention and memory.

The ability of newborns to imitate gestures led to the start of this study. Mirror neurons were discovered. These types of neurons start up when we see another person perform a task. They facilitate not only imitation, but also empathy and therefore social relationships.

The Human Brain Project is a project funded by the European Union that aims to build an infrastructure based on information and communication technologies (ICT). This infrastructure wants to provide scientists around the world with a database in the field of neuroscience.

It develops 6 platforms based on ICT:

This project started in October 2013 and has an estimated duration of 10 years. The data that will be collected in this huge database can facilitate future research work. The advancement of new technologies is allowing scientists to have a deeper understanding of the brain, although basic research still has many doubts to clear in this exciting field.

Many professionals agree that it is very important to be clear about the process carried out by this organ, because as mentioned above, it is complex and within it the most important things for the human being occur.

Currently, neurosciences have had a great task because many people suffer from sleep disorders, anxiety, anxiety, stress thanks to the rhythm of life they lead, and that is when specialists must understand the “why” to treat to give an effective solution to the issue.

Through this discipline, everything about a person’s behavior is known.

How do neuroscientists know what they know about the brain?

Neuroscientists know everything they know about the brain because they have studied it, with imaging techniques (such as magnetic resonance imaging), to observe neurons and neuronal connections.

What is included in neuroscience?

The neurosciences include the study of the brain, behavior, and cognitive functions. It is an interdisciplinary science in which sciences such as neurology, anatomy, physiology, pharmacology and psychology come together.

What is neuroscience theory?

Neuroscience should not only not be considered as a discipline, but it is the set of sciences whose research subject is the nervous system with particular interest in how the activity of the brain is related to behavior and learning.

One of the great theories of neuroscience is the theory of information 7 communication, which is responsible for solving information processing problems in the human brain.

How long does it take to become a neuroscientist?

We recall that neuroscientist training is doctoral in nature, therefore, after approximately 12 years of training, you can start your path as a neuroscientist.

The major in neuroscience is challenging, but not that difficult, compared to other sciences.

In this post we answered the question ‘’How neuroscience works?’’ We navigated within neuroscience, we introduced you to the history, objectives, techniques and discoveries of this great science.