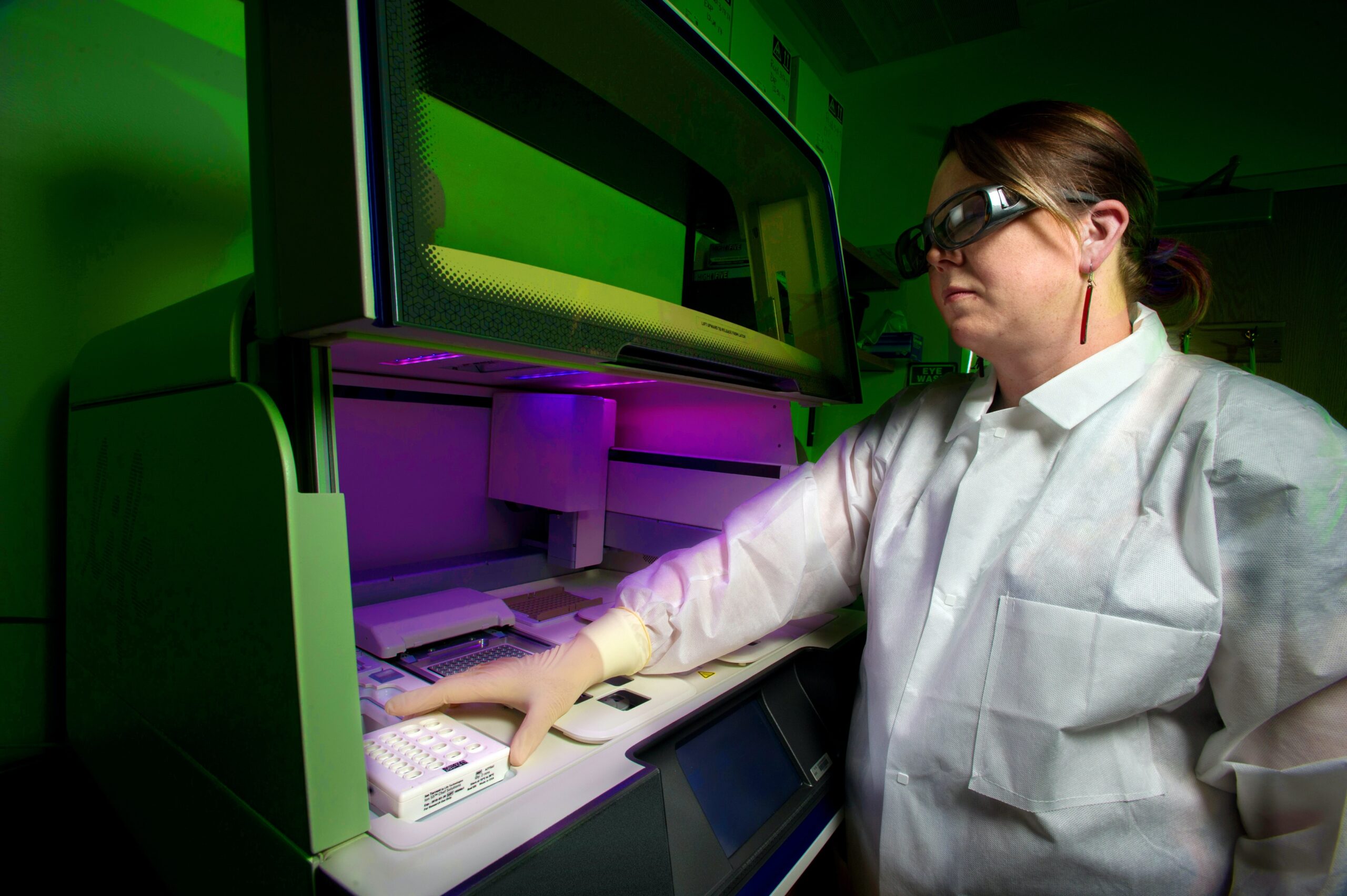 For some time now, the word neuroscience has been heard more and more. It seems that science is putting the batteries to understand how our brain works and, in this sense, the new possibilities are more than significant.

In the same way, other disciplines such as marketing are very attentive and try to bring these advances to their own playing field; that’s where neuromarketing was born.

And what happens if we transfer this concept to our particular architectural world?

How neuroscience can influence architecture?

Neuroarchitecture is a friendly and recent science that seeks to understand, through neuroscience, how space affects the human mind. Thanks to it, we know, for example, that the cognitive abilities of the elderly in nursing homes improve by 20% by increasing the power of the light, or that patients recover earlier if hospitals have views of a park.

Although neuroarchitecture seems like a new discipline, the truth is that it is close to reaching its first seventy years of life; decades in which its most important objective has not changed. Its function is to create spaces for happiness, well-being, productivity and quality of life. Buildings that reduce stress and anxiety.

It is a branch in which architects and neuroscientists work together and its objective is the design of spaces and buildings focused on the functioning of the brain of those who occupy them.

The location of windows, the angles of the walls and furniture, colors, textures, open spaces and sounds, among many others, are the components on which this “shared” science is based.

Seen from the approach of the creation of buildings that affect the functioning of the brain, it could be said that it is a discipline that goes back to the first Gothic buildings. Although as a science it is quite younger.

In fact, it can be said that neuroarchitecture, as we know it now, was born about 25 years ago. He was inspired by the neuroplasticity of the brain. Neuroarchitecture is a discipline that is interested in how the environment modifies brain chemistry, and therefore emotions, thoughts and behaviors.

In the middle of the last century, the biologist Jonas Salk was immersed in an investigation: he was looking for the vaccine for polio. Stuck, he decided to leave the laboratory in Pittsburg (United States) where he worked for a while and travel to Italy.

While he was staying at the Basilica of San Francisco de Asís, his mind went back to the research and ended up with the final solution to create the vaccine.

Salk was convinced that the stillness of the basilica had been central to his inspiration. Years later, in 1965, together with the architect Louis Kahn, he founded the Salk Institute (in La Jolla, California), a scientific facility that sought to encourage creativity and would end up laying the foundations of the relationship between space and productivity. And, later, neuroarchitecture.

Dr. Fred Gage, a neuroscientist at the Salk Institute, was interested in the effects on the brain caused by changes in the environment. His interest is focused on understanding how the brain interprets, analyzes and reconstructs the space that surrounds it.

In this way neuroscience provides valuable clues to architects to distribute spaces. The creation of certain environments causes the brain to activate mechanisms that produce the hormones necessary for the development of certain emotions and sensations.

“Changes in the environment change the brain, and therefore they change our behavior.”

Neuroscience applications for the architecture sector

What does the design of a building convey?

The role of neuroscience in architecture is a contemporary and innovative concept that associates scientific support and research with the architectural design of buildings.

It helps architects understand how the brain is in tune with the environment.

Behind there is always a purpose with regard to architecture and design, and that is to create buildings, spaces and cities that improve people’s lives. Architecture and neuroscience, a perfect symbiosis to understand all this through neuroimaging techniques.

Neuroarchitecture wants to go a step further and transfer these sensations to objective and measurable data, which serve to better understand how humans feel in spaces built from a scientific point of view. To do this, neuroarchitects have medical tools, but also technological innovations.

It is possible, for example, to measure the brain activity of people when they are interacting with built space. That is when they are touching their materials, observing their spaces or feeling their temperature. Combined with other measurements, such as heart rate, it can record how your stress or anxiety levels are changing.

All these data can be transferred to computers or databases to be later analyzed. At this point, big data or machine learning comes into play, essential to interpret the results.

Magnetoencephalography (MEG) is a functional neuroimaging technique that describes the spatio-temporal patterns of brain activity related to different basic cognitive processes and measures the changes in magnetic fields induced by neuronal activity.

MEG, which is the only completely non-invasive functional neuroimaging technique, can measure brain activity in milliseconds (direct measurement), and has a spatial resolution in millimeters, allowing the processing speed used by the brain to communicate to be monitored in real time information.

A change in perspective can make a big difference and drive results.

Neuroarchitecture establishes key aspects when configuring spaces to ensure that the mind is relaxed. Lighting, green areas, colors or ceilings are some of the elements studied.

Light attracts the human being, as recognized by the psychologist Christoph Hölscher, so it is a key element that will guide the individual in their experience in the building. Natural light helps people to concentrate and creates a kinder environment than artificial light.

This type of light forces the brain to work harder on the task at hand and this has a negative effect on productivity. In addition, natural light brings individuals closer to the exterior of the spaces.

The feeling of being locked up generates stress and reduces the productivity of those who are in these rooms. Together with natural light, human contact with green areas helps to open the mind, increase concentration and promote calm. The views to the outside of the buildings improve the mood of the inhabitants or workers.

According to scientific studies, the height of the ceilings also influences the concentration and activities of people. Thus, the high ceilings are suitable for the most creative tasks, while the low ones favor a more routine work.

Colors influence and condition people’s moods, so it is essential to study the effect of different tones on our brain and thus use them in the most efficient way. The tones close to nature (green, blue, yellow) reduce stress, increase the feeling of comfort and affect the perception of space as a healthy building.

On the other hand, shades such as red capture the attention of the receiver, which is why in concentration tasks they are the most indicated.

The angles or shapes used in architectural designs also have an impact on the human brain. Rectangular spaces are understood as less oppressive buildings than squares, which do cause a greater sensation of being enclosed.

The sharp angles of the buildings favor the appearance of stress or anxiety in the face of curves or soft contours that give us a feeling of security and comfort.

Architectural design can also increase physical activity by stimulating circulation throughout the space.

The presence of sidewalks, attractive streets, pleasant landscapes such as parks and gardens, for example, can encourage us to walk. Circulation through space also has another great benefit for our health: social interaction.

We can propose, through our architectural practice, buildings with routes that promote that people walk in open spaces, with different pleasant stimuli of sound, lights and smells; that we contemplate meeting spaces in the buildings, places where we can meet our neighbors, talk or greet each other.

And not only think about the maximum efficiency of an elevator that opens into a narrow, closed corridor with artificial light in which people enter their apartments directly without the opportunity to coexist with others. 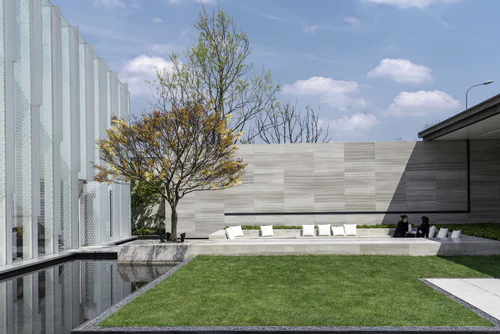 Is the neuroscience useful for architecture?

Using science to create spaces more in line with our needs can help to optimize our homes and other spaces. It is nothing new that our environment influences how we rest, produce and feel.

All the findings on the enriched environment, the plasticity of the brain and the interaction with the environment show the extent to which the architectural design of built spaces can shape the brain and behavior.

Poor, monotonous, and sterile designs can have various consequences ranging from stress to lack of physical activity and social interaction. These consequences, over time, can lead to mood disorders, anxiety and worsening cognitive functions.

As we have seen so far, all of us are, conscious or not, in constant interaction with the spaces that surround us. The brain and body permanently adapt to external stimuli from the environment to improve the chances of survival.

It is the task of us architects, urban planners, psychologists and neuroscientists to worry about building spaces that promote positive and non-negative adaptations to generate cities and homes that contribute to the psychosomatic health of their inhabitants.

FAQS: How neuroscience can influence architecture?

How does architecture affect culture?

Architecture is a manifestation of the cultural context in which it resides. … The shape and relationships of buildings and spaces act as a kind of “cultural marker” that can be read. Different cultural configurations have different forms.

What are five factors that influence architectural design?

How does architecture influence behavior?

Architecture is a great influencer of human behavior due to its direct interaction with the user. … Architecture and spaces linked to nature and the exterior to bring us harmony, peace, relaxation to the space, helping us to connect with what surrounds us.

What is neuro architecture?

Neuroarchitecture is a branch of architecture in which we work hand in hand with scientists, to objectively understand how the environment modifies our emotions.

How does architecture affect mental health?

A study found that city life was associated with increased stress responses in areas such as the amygdala and cingulate cortex, areas related to emotional regulation, depression and anxiety. This increased arousal could have a long-lasting effect on continued susceptibility to mental illness.

How the Brain Responds to Architecture. (2020). Retrieved October 24, 2020, from Psychology Today website: https://www.psychologytoday.com/us/blog/brain-behavior-and-beauty/202002/how-the-brain-responds-architecture