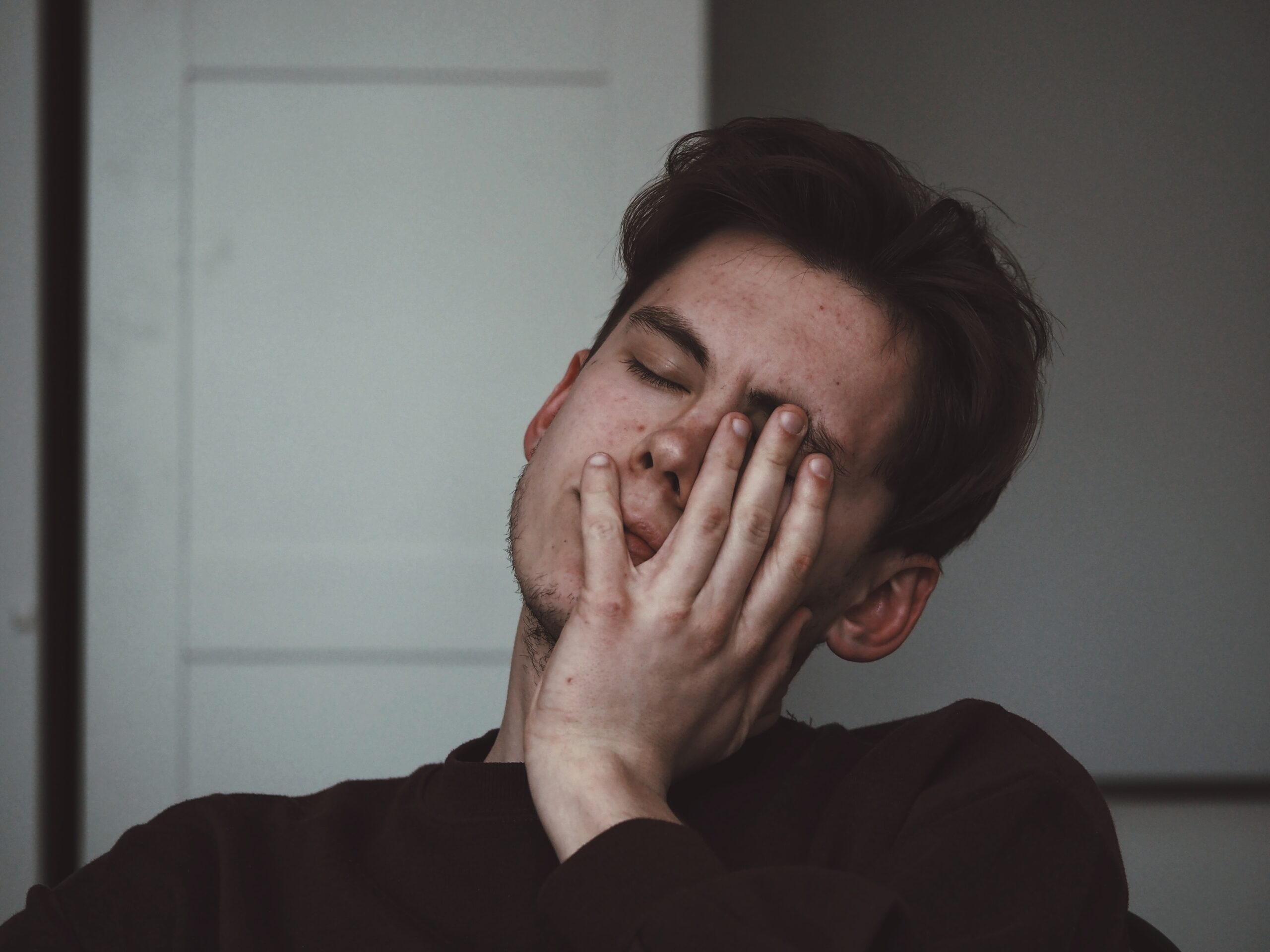 The neurologist diagnoses and treats disorders of the brain, spinal cord, nerves, muscles and pain, especially headache. Likewise, the neurologist deals with the complications in the nervous system of many other diseases such as high blood pressure, diabetes, some trauma, tumors, etc.

In this brief we are going to answer the question ‘’How neurologists treat migraines?’’ We will explain the causes, symptoms and treatments of migraine, highlighting the importance of the neurologist in the diagnosis and treatment of this disease.

Neurologists treat migraine initially by making a diagnosis, later they will prescribe medications or non-pharmacological therapies according to the patient’s needs.

First of all, it’s important not to mix the concepts of migraine and headache. Not all headaches are migraines, nor are all migraines associated with headaches. Headache or headache is one of the most common forms of pain. Although its cause is unknown, the pain that it produces is due to a dilation of the arteries located in the skull.

A migraine is a severe, throbbing, recurring headache that usually affects one side of the head, although it can affect both. The pain begins suddenly and may be preceded or accompanied by visual, neurological, or gastrointestinal symptoms.

Although migraine headaches can start at any age, it usually starts in people between the ages of 10 and 30. Sometimes it disappears after 50 and is more common in women than in men.

Taking into account that more than 50% of people with migraine have relatives who also suffer from it, it’s to be assumed that the tendency may be genetically transmitted. In general, migraine pain is more severe than tension headaches.

It’s not known exactly how migraines work, but doctors believe they may be related to changes in some chemicals in the brain.

Many people notice that migraines can be triggered by certain factors, including:

There is no laboratory test that is useful for the diagnosis of migraine, although due to its specific pattern of pain, it’s often easy to identify. About 20% of people have symptoms of depression, irritability, restlessness, nausea, or poor appetite, which appear about 10 to 30 minutes before the headache onset (a period called aura).

A similar percentage of people lose their vision in a specific area (called the blind spot or scotoma), or perceive scattered or flashing lights; less often they experience image distortion, such as when objects appear smaller or larger than they actually are.

Some people experience tingling sensations or, less commonly, weakness in an arm or leg. These symptoms usually disappear shortly before the headache starts, but they are sometimes mixed with pain.

The stages of a migraine attack can be classified as follows:

They appear between two hours and two days before the pain starts. You can detect certain symptoms that could be related to a malfunction of the hypothalamus, the region of the brain that controls the internal balance of the body.

Some of these symptoms are tiredness, difficulty concentrating, increased appetite, yawning, and excessive fluid retention. These symptoms appear in 60 percent of patients.

They are transitory neurological symptoms, which are established progressively and cause alterations in vision in most cases and, to a lesser extent, in sensitivity or language.

It’s due to a propagated cortical depression: the occipital lobe of the brain launches a wave that is emitted from back to front causing a dysfunction in brain structures.

The aura only occurs between 15 and 20% of patients with migraine, and lasts between 10 and 30 minutes. Not all migraines have aura.

The most common types of aura are:

Visual aura: it’s the most common, appearing in 90% of migraines with aura. Its shape tends to be that of a flash in the middle of the field of view that spreads out in the form of zigzag lines that move to one side. There are also different types of vision impairment:

Sensitive aura: appears in 60% of cases. It consists of a tingling sensation that appears in the fingers of the hand and extends to the shoulders and, sometimes, to the mouth and tongue.

Language aura: it’s rare. The person with this type of aura has problems articulating words or understanding others.

Retinal aura: it’s very rare. Its symptoms are the same as those of the visual aura, but it affects only one eye.

Brainstem aura: very rare. The symptoms appear in the brainstem and are common to those of the visual, sensory, and language auras.

Motor aura: very rare. It produces a temporary paralysis of a part or the whole of the body, although it does not usually last more than a day.

It usually presents as a mild headache discomfort that increases in intensity. It lasts between four and 72 hours, although only one sixth of patients suffer it for more than 48 hours. The type of pain and its affected area varies in each patient.

The pain caused by migraine is disappearing, although 80 percent of those affected claim to be unwell after the episode of intense pain. Its duration is variable: from a few hours to several days.

How does a neurologist treat a migraine?

The physician will diagnose migraine when the symptoms are typical and the results of the physical examination are normal (including a neurological examination).

There is no procedure to confirm the diagnosis. If the headaches are recent or if certain warning signs are present (such as a very sudden and severe headache), the cause of the headache may be another more serious disorder. In such cases, a computed tomography (CT) or magnetic resonance imaging (MRI) scan of the head is often performed, and a lumbar puncture is sometimes performed to exclude other disorders.

If people known to have migraines develop a headache that is similar to their previous migraines, doctors rarely do tests. However, if the headache is different, especially if there are warning signs, a medical examination and often tests will be necessary.

Migraines have no cure, but they can be controlled.

The doctor will insist that the person keep a headache diary, in which they will note the number and rhythm of attacks, possible triggers, and their response to treatment.

With this information, triggers can be identified in order to eliminate them when possible. In this way, affected people can be an active part of their treatment by avoiding triggers, and it will be easier for the doctor to plan and adjust the medication.

Doctors also recommend the use of behavioral interventions (such as relaxation, biofeedback, and stress management) to control migraine attacks, especially when stress is a trigger or when the person is taking too much medication to control migraines.

Yoga can reduce the intensity and frequency of migraines. Yoga combines physical postures that strengthen and stretch muscles with deep breathing, meditation, and relaxation.

Although all migraines are associated with pain, they differ in severity and frequency. Therefore, it’s necessary to create a treatment tailored to meet the individual needs of each patient.

Intense medication is used to treat certain headaches and should be used quickly in the initial phase. Sometimes they are also effective in reducing other symptoms of the attack, such as nausea, vomiting or sensitivity to noise or light.

Preventive therapies are used to prevent attacks or reduce their frequency and severity.

Within these therapies are pharmacological and non-pharmacological. Lastly, rescue medications are applied when intense medication fails. They can generally be administered at home, although some more aggressive therapies that require intramuscular or intravenous injections are given in the doctor’s office or emergency room.

This treatment can cause drowsiness, which is adequate for pain relief, although some patients complain that it prevents them from continuing with their daily activities.

There are several different agents for the individual treatment of migraines:

Its consumption is prescribed by a doctor and should be taken at the beginning of the migraine episode. Some of them are sumatriptan, zolmitriptan, naratriptan, rizatriptan, almotriptan, eletriptan, or frovatriptan, each with specific indications.

When treatment does not prevent frequent or disabling migraines, it can help to take medicine every day to prevent them. Taking preventive medications can help reduce how often affected people take pain relievers or other migraine medications and thus help prevent headache medication abuse.

The choice of a preventive medication will be based on its side effects and other conditions that may be present, as in the following examples:

Should we go to the doctor when our head hurts?

The population has already taken to the habit of consulting when the headache is accompanied by other symptoms.

For example, migraine can go with aura, a focal neurological symptom in which the person suffering from it stops seeing well, their visual field becomes cloudy, they have difficulty speaking or do not notice a part of their body.

Should I see a neurologist for migraines?

If you have severe headaches that are accompanied by other symptoms that interrupt your quality of life, the ideal is to see a neurologist.

How does a neurologist diagnose migraines?

The neurologist will diagnose migraines based on your medical history, symptoms, and a physical and neurological examination.

What can a neurologist do for migraine headaches?

A neurologist can help you differentiate between a tension-type headache and another type of headache that does not react to medications. He will guide you with the best treatment.

Is a migraine a neurological condition?

Yes, migraine is a neurological condition. According to the World Health Organization, it’s the 6th most disabling of all diseases.

Can a migraine be seen on MRI?

No, an MRI cannot diagnose migraine. But it helps your doctor establish a condition that may be causing your headaches, such as a tumor and an abscess.

In this brief we answered the question ‘’How neurologists treat migraines?’’ We explained the causes, symptoms and treatments of migraine, highlighting the importance of the neurologist in the diagnosis and treatment of this disease.