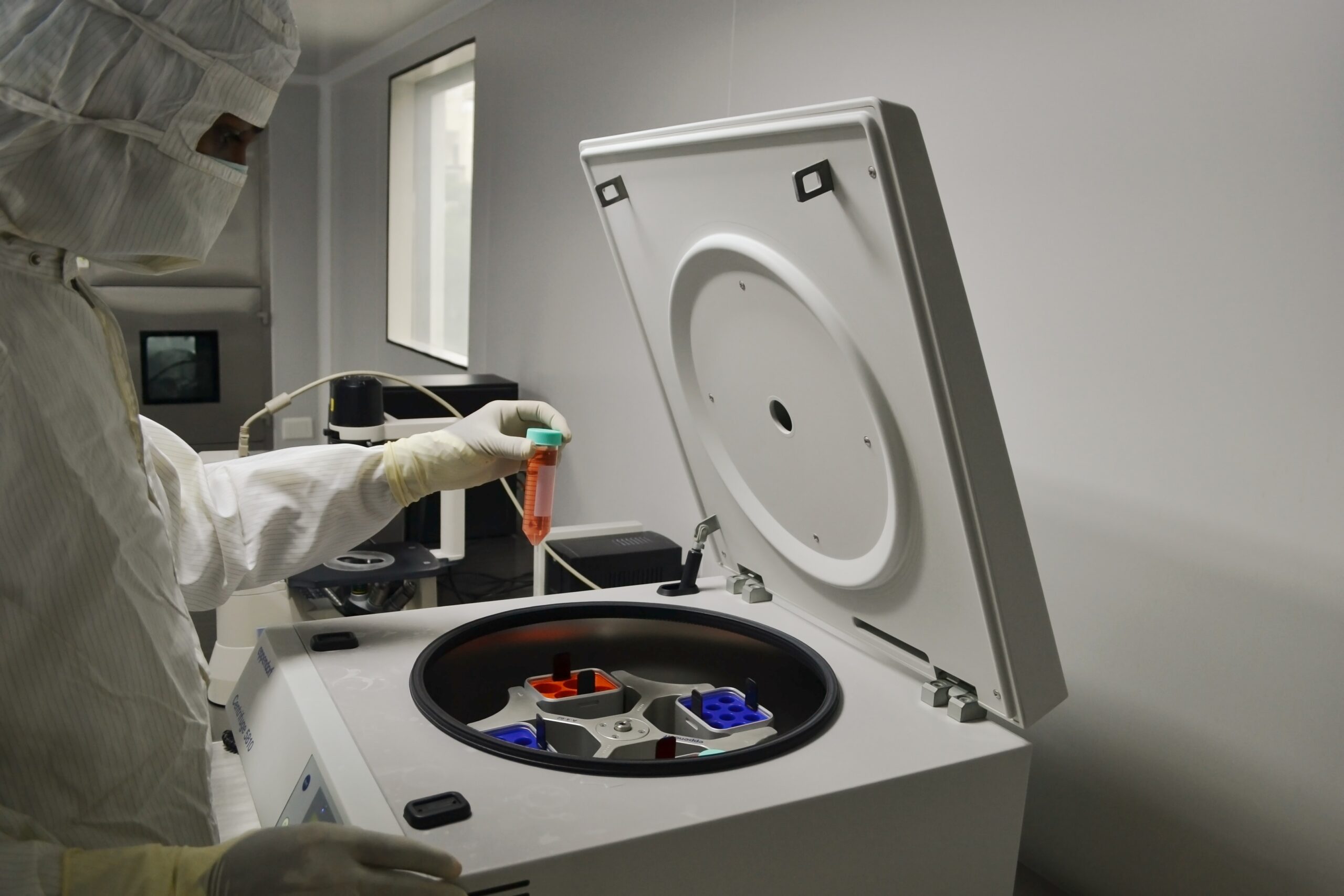 In this brief guide we are going to answer the question ‘’How neurological processes affect behavior?’’ We will present the neurobiological bases of behavior, the aspects that motivate behavior and how brain damage is a determining factor in behavioral disorders.

Human behavior can be defined as the set of acts exhibited by the human being. We can consider it synonymous with behavior and it is the way of proceeding that people have in relation to their environment or world of stimuli.

Psychology deals with its study. Behavior is learned largely by imitation and is influenced by social norms, genetic and cultural aspects. It can be conscious or unconscious, voluntary or involuntary depending on the circumstances that affect it.

The behavior is related to the structure of the personality and conditioned by rational and emotional aspects. Consciousness exerts little control over our behavior and at different times we can show different behaviors, as a consequence of age, but also due to the social conditions of the moment.

What is human behavior?

This concept refers to the manifestation of our behavior. The term human behavior is used to describe the different actions that we take in our daily lives. Behavior can be defined as the performance of any activity that involves an action, or a thought or emotion.

People at all times, in one way or another, carry out a behavior. For example, even though we are quiet thinking, observing, mentally solving a problem, etc … we are behaving in some way. The absence of conduct does not exist; This term refers both to what we do and to what we think and feel. Human behavior encompasses everything (emotional, cognitive, motor …)

The body has two systems for coordinating and integrating behavior: the nervous system and the endocrine system.

The billions of neurons or nerve cells, which underlie all activity in the nervous system, form a communication network that coordinates all body systems and enables them to function. Neurons usually receive messages from other neurons through short fibers, called dendrites, which pick up the messages and carry them to the cell body of the neuron.

The axon carries messages that leave the cell. A group of axons that form bundles make up a nerve. Some axons are covered with a myelin sheath, made up of glial cells. The myelin sheath increases the efficiency of the neuron and provides insulation.

The terminal axons of one neuron, the synaptic space, the dendrites, and the cell body of the next neuron from the synapse.

Neurotransmitter molecules, released by synaptic vesicles, cross the tiny synaptic space between the terminal button of the sending neuron and the dendrite of the receiving neuron, where they stick to a receptor site in much the same way that a key fits into a lock.

In this way, they transmit their excitatory or inhibitory messages.

Some of the best-known neurotransmitters are acetylcholine (AC), which plays an important role in activation and attention; dopamine, which affects neurons associated with voluntary movement; serotonin, which sets the emotional tone; and endorphins, which reduce pain by deactivating neurons that transmit pain impulses.

Both the CNS and the PNS work closely with the endocrine system, which consists of a network of glands that secrete chemicals called hormones.

Hormones are released directly into the bloodstream and influence cell activity, thus affecting organic functions, since they can alter the form or intensity of their responses.

The most influential gland in the endocrine system is the pituitary, located at the base of the brain. Their reactions influence the release of hormones by other endocrine glands. It secretes a large number of hormones, each of which affects different glands: adrenal, thyroid, sexual, etc., which modify body activity in different ways.

Brains control behavior by activating muscles, or by producing the secretion of chemicals such as hormones. Even single-celled organisms may be able to obtain information from their environment and act in response to it.

The pituitary gland is the master gland, although it is actually governed by the hypothalamus, a nervous structure that supervises the chemistry of the blood and receives orders from the entire brain since it is in charge of coordinating the intervention of the nervous and endocrine systems.

In short, hormones and behavior interfere with each other: some types of severe psychological stress have effects on the endocrine system, and endocrine abnormalities can in turn have important effects on behavior.

Basic needs and the purpose of the behavior

The branches, slopes or psychological perceptual that address our needs as a species are various. Perhaps the best known is that of Abraham Maslow, an American psychologist who raised them using the scheme of a pyramid, suggesting that in order to exceed a group of needs we have had to satisfy those of the previous level.

So, according to this author, the pyramid is distributed as follows:

Thus, we all share the basic needs, which would be on the floor of the pyramid. These will serve as the purpose of the behavior that we have. In other words, motivation would be closely related to the purpose of our behavior.

What are neurological diseases?

Neurological disorders are those pathologies located at any point of the nervous system, be it in the brain, spinal cord or other nerves and nerve extensions, altering their correct functioning.

The symptoms of these disorders can be very varied, being able to produce both a deficit and an excess of neuronal activity in any system of the organism. The causes depend on the disorder, and may even still be unknown today.

Changes in behavior after brain injuries

Behavioral alterations after brain damage, whether of greater or lesser severity, are closely linked to the patient’s level of consciousness and cognitive status. So that they can come to suppose, in some cases, one of the most limiting factors in the daily life of the person who suffers from them.

But also, one of the biggest challenges that family members and friends have to face.

In the cases of patients in an Altered State of Consciousness, and / or patients in a confusional state, some of the ways in which alterations in their activity may occur are: psychomotor agitation, utilization syndrome, resistance to passive mobilization, disorders in sleep-wake rhythm, noticeable decrease in the rhythm of your activity, etc.

Taking as reference the publications of recent years on the subject, these would be the most frequent alterations, which can occur at different levels of severity and combined with each other:

So, how neurological processes affect behavior?

From the point of view of biology, our brain morphology and its internal chemistry are directly responsible for our behavior.

The human brain is a perfect creation that has evolved through time forming specific regions and areas, each with a specific function.

On our basic primitive brain, throughout evolution, new areas arose without discarding the old ones, which continue to operate although already in a controlled way by the new structures of the modern brain and which are responsible for our most primal instincts and behaviors.

Our brain works as a network of neurons that transmits information through contact points or synapses, sending signals based on external stimuli that we pick up through our senses. The brain processes these stimuli and gives rise to behavior, which in all human beings shares several characteristics:

In fact, the brain is the boss of your body. It directs everything, controlling almost everything you do, even when you are sleeping. This is incredible. Undoubtedly, everything that concerns neurological processes pertains to behavior, although certain factors also intervene.

How does brain affect behavior?

The brain receives information and internal and external influences that allow it to activate the most appropriate behaviors at any time. In addition, certain brain injuries can produce behavioral changes, such as schizophrenia, bipolarity, etc.

What is neurological basis of behavior?

How do biological processes relate to behavior?

The behavior of the person, that is to say what he thinks, what he feels and what he does, depends not only on how he was raised or where, but also on the interrelation of the physical and biological elements of the organism.

Genetic factors, the brain and nervous system, as well as the endocrine glands have important roles in psychological processes and behavior

What influences on human behavior does Behavioral Neuroscience focus on?

Behavioral neuroscience deals with the neuronal and biological bases of behavior, including the effects of injury and electrical stimulation, the recording of electrical activity, genetic factors, hormonal influences, neurotransmitter and chemical factors, etc.

How does the nervous system control human behavior?

Behavior is a response to a stimulus. Sensory signals are transformed into nerve signals, these nerve impulses reach the central nervous system, neurons communicate in a specialized and specific way to give a response. For example, move your arm.

In this brief guide we answered the question ‘’How neurological processes affect behavior?’’ We presented the neurobiological bases of behavior, the aspects that motivate behavior and how brain damage is a determining factor in behavioral disorders.

If you have any question or comment please let us know!