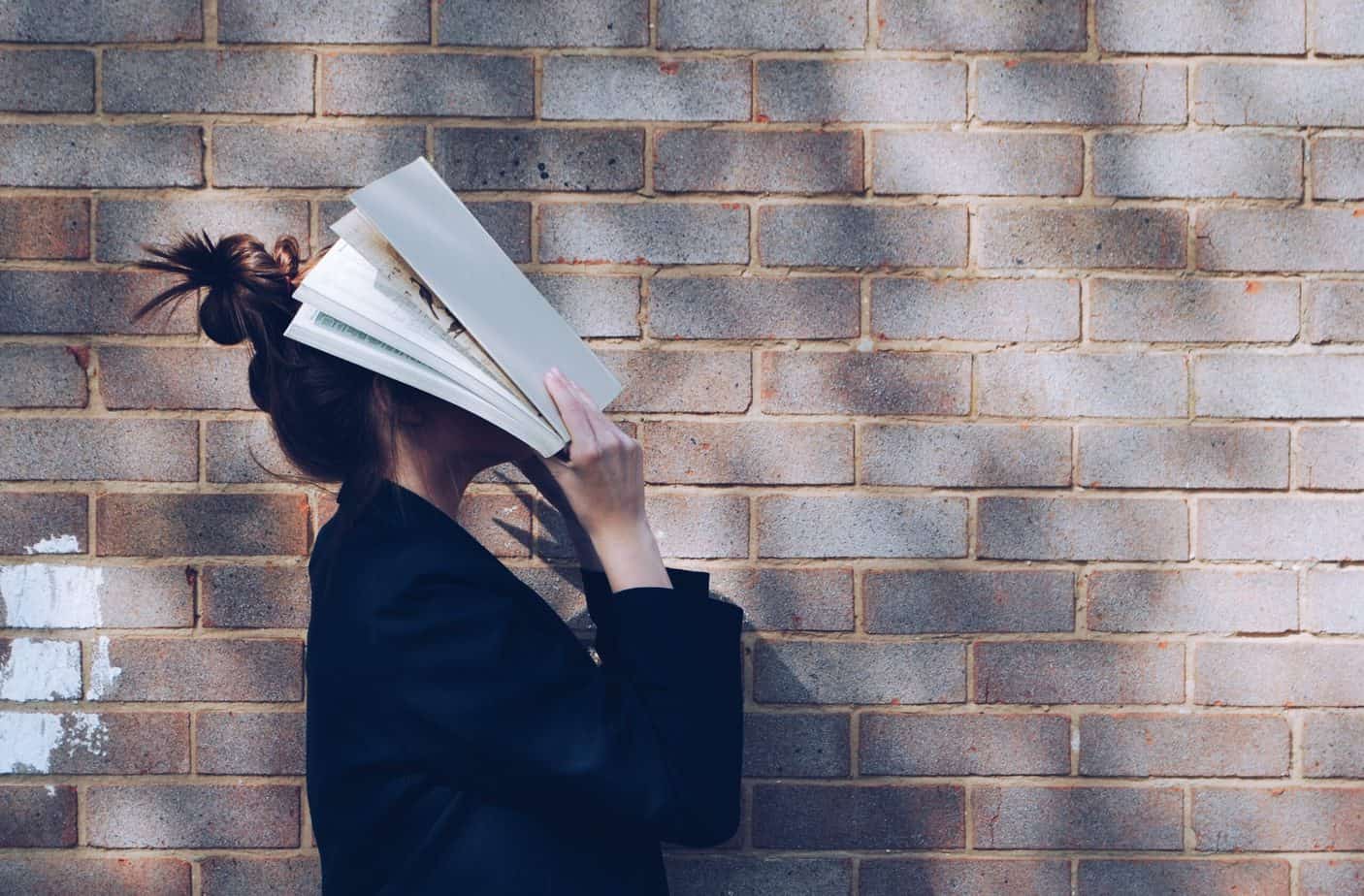 The cells of our body tend to regenerate, for that it is only necessary to see the new skin after a small injury. For a long time, it was believed that neurons – the cells found in the brain – could not regenerate.

Recently, it has been discovered that some do, although to a lesser extent than the number of neurons that die per day. If you want to know a little more about this fascinating world inside our brain, you just have to keep reading.

In this article, we are going to answer the question ‘’How many brain cells do you lose in a day?’’ We will discover what neuronal death is, its causes and how many neurons you lose and gain in a day.

How many brain cells do you lose in a day?

People can lose about 10,000 neurons every day. A figure that if we add it up, a year represents the loss of more than three and a half million.

When one approaches the age of 20, one begins to lose neurons. The numbers appear to be alarming, as approximately 50,000 neurons are lost a day. By the time you reach 75 years of age, you will have lost 10% of the neurons in your brain.

Although we have lost neurons, we do not become more “dumb”, but the remaining neurons build new branches of fibers and new synapses between them, in a way that replaces the losses.

Scientists even believe that when a neural circuit is made, new neural cells could be a problem rather than a benefit, since it would interrupt the flow of information and deactivate the brain’s communication system.

Why do neurons die?

Neurons are the longest-lived cells in our body, however, many die in the course of our lives. Although this is a normal process, the loss of a greater number of neurons can in many cases be due to a disease in the brain.

Alzheimer’s – unusual proteins are created in neurons of the hippocampus and neurocortex, causing memory loss when these cells die -, blows to the head or stroke, and injuries to the spinal cord are some of the causes of the massive death of neurons.

One of the most complex structures in existence is the human brain, but it is also relatively weak.

A wide range of situations can disturb the balance you need to remain in good health and, in particular, are significantly impaired by unhealthy behaviors that kill our neurons.

The well-being of neurons is also conditioned in the same way that our nerve cells intervene in thousands of processes that affect our lives, what we do and the habits we follow. And, because there are so many in our brain, we often don’t know that we’re leaving so many on the way, little by little, more than would be usual for our generation.

That is why it is important to consider these behaviors that kill neurons if we want to remain in good health today and in the future.

This list of habits and customs that harm our brain’s health includes acts and states that wear down our mental capacities by omission or commission, some of them in the short term and regardless of the lasting harm they cause. Let’s find out what they are.

Stress not only makes us feel bad, it also destroys neurons, especially if it becomes chronic.

This happens because this condition is connected to a massive release of cortisol, a hormone used to redirect energy to biological processes that offer the here and now more priority in order to get out of urgent problems.

One of the side effects of cortisol in large amounts is that neurons are more neglected and, moreover, the immune system is weakened.

There are several studies that correlate chronic lack of sleep with the death of neurons and the decrease of some areas of the brain, including the hippocampus.

This form of damage causes issues with long-term memory, and also affects the ability to focus.

Monotony-based lifestyles make the number of ways in which neurons communicate with each other smaller, and this causes the least used ones to die. It’s that simple: disappearing nerve cells that can’t be harnessed.

This is one of the drugs’ best known results. Chemical addiction lets all mental functions go to get a fresh dose, neglecting the nervous system’s maintenance activities.

On the other hand, interference into the activity of neurons by foreign substances causes many of them to age and die prematurely.

Technically speaking, tobacco is both a medication, but we should not be shocked by this: that it is legal does not guarantee that it is not dangerous. Its drugs are capable of creating a very extreme addiction and destroying our neurons permanently.

The brain is one of the human body’s most resource-consuming collection of organs. Despite the fact that the blood-brain barrier protects us from many of them, a significant number of the poisonous particles that we consume everyday will end up there.

It is important to quench it as soon as possible when we realize that we are thirsty, because otherwise our body will begin to drain water from the cells of our body, causing some to die. And yes, neurons as well.

8. Working with a fever

We are especially vulnerable when we are sick, and any behavior that involves effort can force our bodies to the point that permanent harm takes place at the microscopic level. It is much easier to let them take care of us in those circumstances and stop thinking about secondary problems.

A healthier life for the maintenance of brain health

In short, our neurons are impaired by several detrimental day-to-day behaviors. While we can at first assume that the body is damaged by a carefree lifestyle that does not take health into account and that’s it, it is important to note that our brain is part of that body.

They are not two different entities, just as there is no inherent distinction between matter and mind; dualism has been discarded in psychology and science in general.

That’s why, despite the fact that the results on the latter are not instantly visible and are more masked by the lack of a mirror in the one to verify its status, healthy life would have a positive influence on both the appearance of our body and the good condition of our mental functions.

It could be a good start to live healthier by eliminating these neuron-destroying behaviours.

The neurons that regenerate

The truth is that in the brain we have two types of cells: on the one hand the stars, the neurons; on the other, glial cells. The former is responsible for transmitting information, while the latter is a medium and are related to the storage of our memories, so they multiply rapidly.

Neurons, in turn, have the ability to divide in some cases, so that they can regenerate. Clear examples of this are the olfactory neurons.

But why don’t most neurons regenerate? Most of your neurons are created while you are still inside your mother’s belly. And once they are created, they remain that way until the moment you die.

Many cells in the rest of the body do not divide, but the truth is that they do change over time – for example, they grow – and the same happens with our brain.

When we are born, the brain weighs around 350 grams, and when we die it usually weighs about a kilo more, that means that, although our neurons did not grow in quantity, each one of them did so in weight and size. The number of glial cells also grows.

1,400 new neurons are born in the brain every day

Until a few years ago it was thought that, during adult life, the brain does not produce new neurons. However, this theory is not true, and now a team of scientists from the Karolinska Medical Institute (Sweden) has designed a technique based on the measurement of carbon 14 to determine how many cells are generated per day in the human brain.

To carry out their study, which is published in the journal Cell, the researchers have developed a curious method. During the 1950s, during the Cold War, nuclear tests produced an increase in carbon 14 in the atmosphere.

Through photosynthesis, this carbon was incorporated into plants and from there it spread throughout the food chain. Years later, nuclear testing ceased, and carbon-14 levels were lower again.

When cells duplicate their chromosomes, this carbon 14 is integrated into the genome and therefore constitutes a unique marker that indicates the age of these cells.

The researchers analyzed carbon 14 cells in the adult hippocampus by mass spectrometry and came to the conclusion that about 1,400 new neurons are produced in our brain every day, and this rate decreases as we age.

“For a long time it was thought that we are born with a certain number of brain cells and that it is impossible to generate new neurons after birth,” explained Jonas Frisén, one of the authors.

“Later it began to be thought that there is a certain renewal rate, but it was not known in what quantity, nor its importance for brain function. In this study we have provided evidence that neurogenesis exists in the hippocampus throughout life, suggesting that new neurons may contribute to human brain function. “

Did you know the number of neurons that die per day? What other things would you like to know about the brain, the most wonderful and enigmatic organ of our body?

FAQS: How many brain cells do you lose in a day?

How many cells do you lose a day?

How many brain cells do you lose an hour?

In an hour, approximately 500 neurons can be lost.

How many brain cells do you gain a day?

1,400 new neurons are born in the brain every day.

Can you lose brain cells?

Neurons die when we age because they accumulate waste and defects that cause them to lose their function and degenerate. This natural process is limited to a few neurons but is exacerbated in neurodegenerative diseases such as Parkinson’s or Alzheimer’s diseases.

In this article, we answered the question ‘’How many brain cells do you lose in a day?’’ We discovered what neuronal death is, its causes and how many neurons you lose and gain in a day.