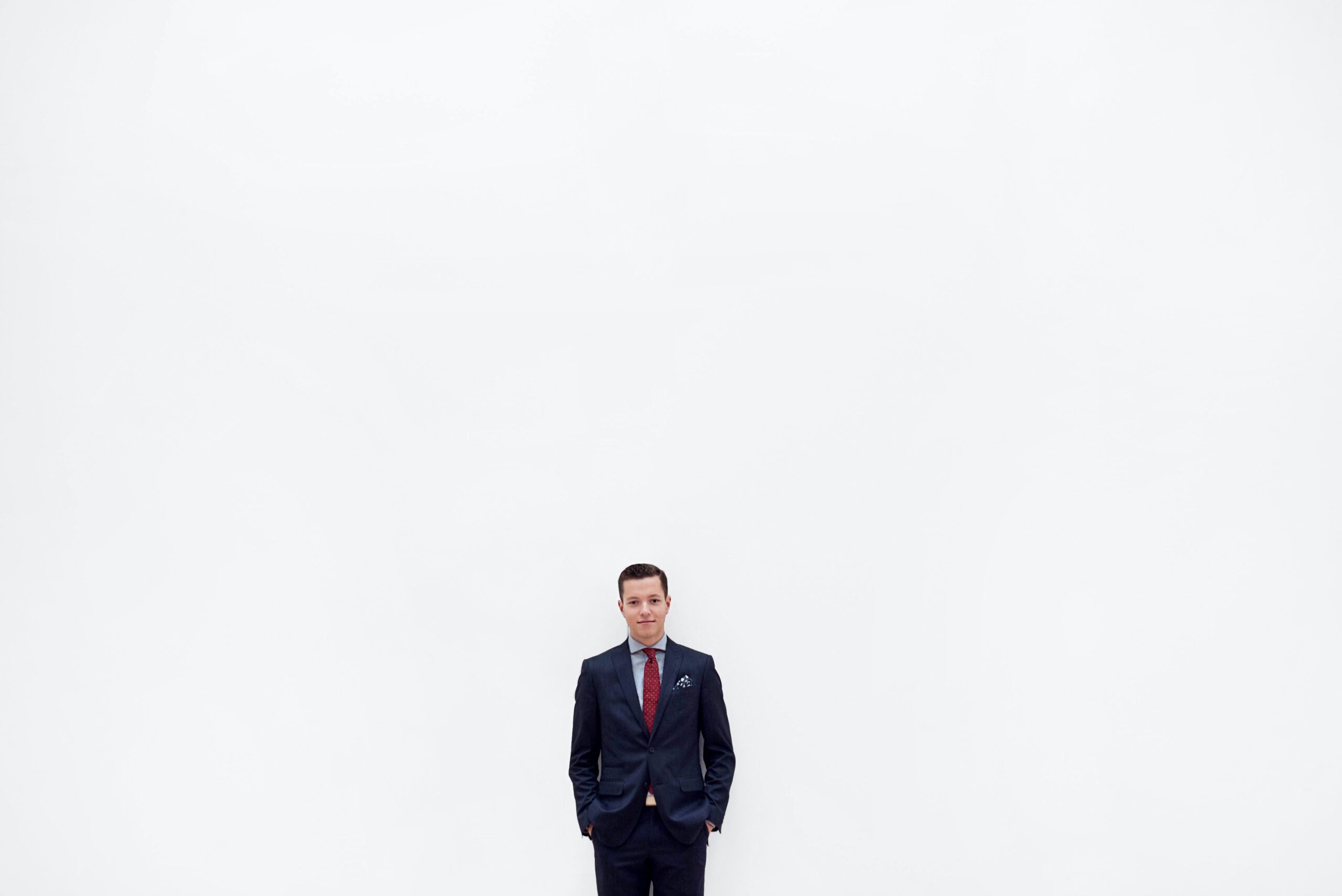 The psychology degree is one of the most demanded professions today.

In this article we’re going to answer the questions ‘’How long is a psychology degree?’’ We will describe the requirements to become a psychologist and discover the level of training they need to practice as clinical psychologists.

How long is a psychology degree?

A bachelor’s degree in psychology takes 4 years. This is just an undergraduate degree, if you want to follow the path of psychology, it will take between 4 and 12 years.

According to the American Psychological Association (APA), psychology is a diverse discipline, grounded in science and applicable to everyday life.

The diversity of this discipline ranges from theoretical to scientific production, both in basic and applied research, and putting this knowledge into practice to help preserve and improve the psychological integrity of people, organizations and communities.

The evolution of Psychology as a profession, as a career with a doctorate, has its historical foundations. Psychology studies began in the United States in the late 1800s with William James at Harvard University, who wrote the highly influential book “Principles of Psychology.”

On the other hand, G. Stanley Hall founded the first experimental laboratory at John Hopkins University, creating the prestigious scientific journal American Journal of Psychology and founding the APA in 1892.

Later, James Cattell established prestigious psychology laboratories and programs at various universities and, along with Hall, is credited with the “professionalization” of psychology; Finally, Ligthner Witmer promoted the birth of clinical psychology in this country.

How can I study psychology?

In case, you feel that psychology is your strong suit and each time, you are more passionate about this professional career. You must meet some requirements for a career in psychology.

The first thing you should do is get your Bachelor Degree, it can be Bachelor of Arts (BA) or Bachelor of Science (BS). It lasts 4 years and offers the student the opportunity to have a general knowledge base that will allow him to focus later on more advanced studies.

The student can obtain a BA/BS in Psychology, which consists of basic psychology courses, volunteer tasks that usually require activities that involve working in a research group, for example, enter information in databases, attend meetings, help in the search for empirical evidence, encode therapeutic recordings, etc.

And, in some cases, supervised practices, which are nothing more than classes in which students are sent to local institutions to make observations.

However, this BA/BS in Psychology is not necessary for postgraduate studies in psychology, that is, you can take another career.

Since an individual with a BA/BS degree with major subjects in another area or simply without any particular specialization, may decide to study psychology anyway (or not); If you want to continue, you should review the admission requirements of the universities that interest you, it’s advisable to have a certain concentration in psychology subjects.

On average, a BA/BS needs about 80-120 credits to graduate, of which about 30 units of credit are needed to graduate with a specific area.

As stated above, the opportunities to be accepted (after completing these first four years) in graduate studies are increased if the student has volunteered or taken credits in Psychology, even though it’s not restrictive and as will be discussed later, it’s not a determining factor for admission to doctoral studies in Psychology.

Postgraduate studies can be masters and doctorates; however, to aspire to an academic career and a degree in Psychology you must have a doctorate degree, since the master’s degree would allow only a limited license as a counselor and under the strict supervision of a doctor of psychology.

Therefore, in this section we focus on the doctoral study.

First, the applicant must check that the program to which he wishes to apply is accredited by recognized organizations, such as the APA or the APCS. Regarding the admissions process, universities are totally autonomous in their decisions, that is, they don’t depend on government entities for admissions processes.

Each university may present different types of entry requirements. Some universities require that the student obtain a master’s degree before studying psychology, although the vast majority doesn’t require such a requirement, simply the BA/BS degree is sufficient.

We remember that undergraduate studies don’t lead to the practice of any profession and that they only provide general training that prepares the student to choose their profession later.

The applicant must also take an exam called Graduate Record Examination (GRE), which is not mandatory in all universities, although it’s in the vast majority

The student must find out if the universities to which he wishes to apply require such a requirement. The areas evaluated in this exam are:

Since Psychology is a career in high demand in universities, the competitiveness to enter is quite high, so another requirement is the “Grade Point Average” (GPA), which ranges from 1 to 4 points.

Therefore, colleges seek to recruit the highest scoring students on both the GRE and GPA. Don’t forget that your attitude during the interview is also essential.

In general, doctoral studies in Psychology last about 4 to 7 years, including one year of institutional internships and the thesis.

Likewise, the time varies according to the model that the student has chosen. In general, PhD students take longer than PsyD students to complete their degree.

Institutional internships are very important to obtain the degree and it can be difficult to apply and be finally accepted, since the process is similar to when trying to get into the university. Internships must be accredited by the APA and the Association of Postdoctoral Psychology and Internship Centers (APPIC).

During the doctorate, the student immerses himself in seminar-type classes in which he specializes in applied statistics, neuropsychology, child and adult clinical psychology, psychological evaluation, psychopathology, diagnosis and treatment, etc. having greater emphasis in research subjects if the student is aspiring to the PhD degree.

In the second year, the doctoral student must identify an area of study that will eventually become his doctoral thesis, initially writing a master’s thesis (basically a review article) and which he can then use for the introduction of his doctoral thesis.

That master’s thesis is presented in the second year and in the third year the student must address treatment techniques as well as independent research for his thesis.

This step is optional and is not necessary if the student decides that they don’t want to obtain a master’s degree. Many begin to work with a tutor in that third year, so the topic of the doctoral thesis begins to take a more specific and refined form.

Once a doctorate degree in psychology is obtained, the profession cannot be immediately practiced. Some institutions or states require that the new professional do a post-doctorate, which generally lasts for 2 years.

What you will need is…

Likewise, the applicant must present and pass an exam and that is when he is authorized to practice Psychology, but only in the State where he passed the exam. You will need to pass an exam called the Examination for Professional Practice in Psychology (EPPP) to finally be able to work.

The Second World War increased the need for professionals in the area of mental health, with which there was a great boom in clinical psychology from that event.

However, modern psychology as it is known today based its training studies in psychology in the United States on the Boulder model, a name that was derived from the conference held in the city of Boulder, Colorado in the year of 1949.

It was concluded that the practice of psychology would require a doctorate degree (PhD, Doctor of Philosophy) and that applicants for the degree would be trained so that they could move between two fields with ease, that is, as an academic/scientist and as a clinician/professional.

In other words, the main focus of the Boulder model is to train a psychologist with strong abilities to produce scientific research. The training in this last area made the psychologists of the time definitely differentiate themselves from the psychiatrists, giving them greater autonomy and power, not only as clinicians but also as scientists.

Another existing model for the teaching of psychology is the called Vail model, which began to take shape in the late 1960s and early 1970s, due to the differences in thinking between psychology professionals, regarding the orientation of the studies of this profession.

In this model, it’s proposed to create professional programs different from the Boulder model for those who were not scientists but consumers of research production and who would exercise mainly the role of clinician.

Graduates under the Vail model would be considered professionals with the main focus on practice and much less on research. This degree was called Doctorate in Psychology or PsyD.

It takes less time to finish a PsyD degree because only a simple thesis is required. Since training for a PsyD degree involves working with patients and less research, it doesn’t receive as much funding as a Ph.D.

With this clear, we could say without a doubt that being a psychologist is not easy and takes time, it may take at least 7 years, but perhaps, depending on your interests, up to 10 years. And why not? Psychologists are professionals in charge of something as delicate as mental health.

If you want to study psychology, don’t be discouraged by this, an essential part of choosing a profession is loving what you do.

FAQS: How long is a psychology degree?

How long do you study for psychology?

To be a clinical psychologist you must: Get a Bachelor degree (4 years), a doctorate (a-7 years). In conclusion, we could say that it would take you between 8 and 12 years

Is Psychology a good career?

Psychology is not a career for everyone. However, one of the main benefits is the number of specializations and field of work. You can focus on any area of your interest.

Is it worth it to major in psychology?

Actually, if you only get a major in psychology, financially speaking, it’s not worth it. The idea is to complement it with other areas of study or with higher education, such as a doctorate.

Is Psychology a hard major?

The major degree is difficult depending on your abilities. In general, you will have a lot of papers, research, tests and hundreds of readings to learn.

Is Psychology hard to get a job?

It depends, if you only have a major in psychology it will be very difficult for you. It’s better that you take a doctorate or a specialization and you will see how the paths open for you. you can work in your own office, in educational or government institutions, etc.

In this article we answered the questions ‘’How long is a psychology degree?’’ We described the requirements to become a psychologist and discovered the level of training they need to practice as clinical psychologists.

Overholser, J. (2007) The Boulder model in academia: struggling to integrate the science and practice of psychology. Journal of Contemporary Psychotherapy, 37, 205-211.