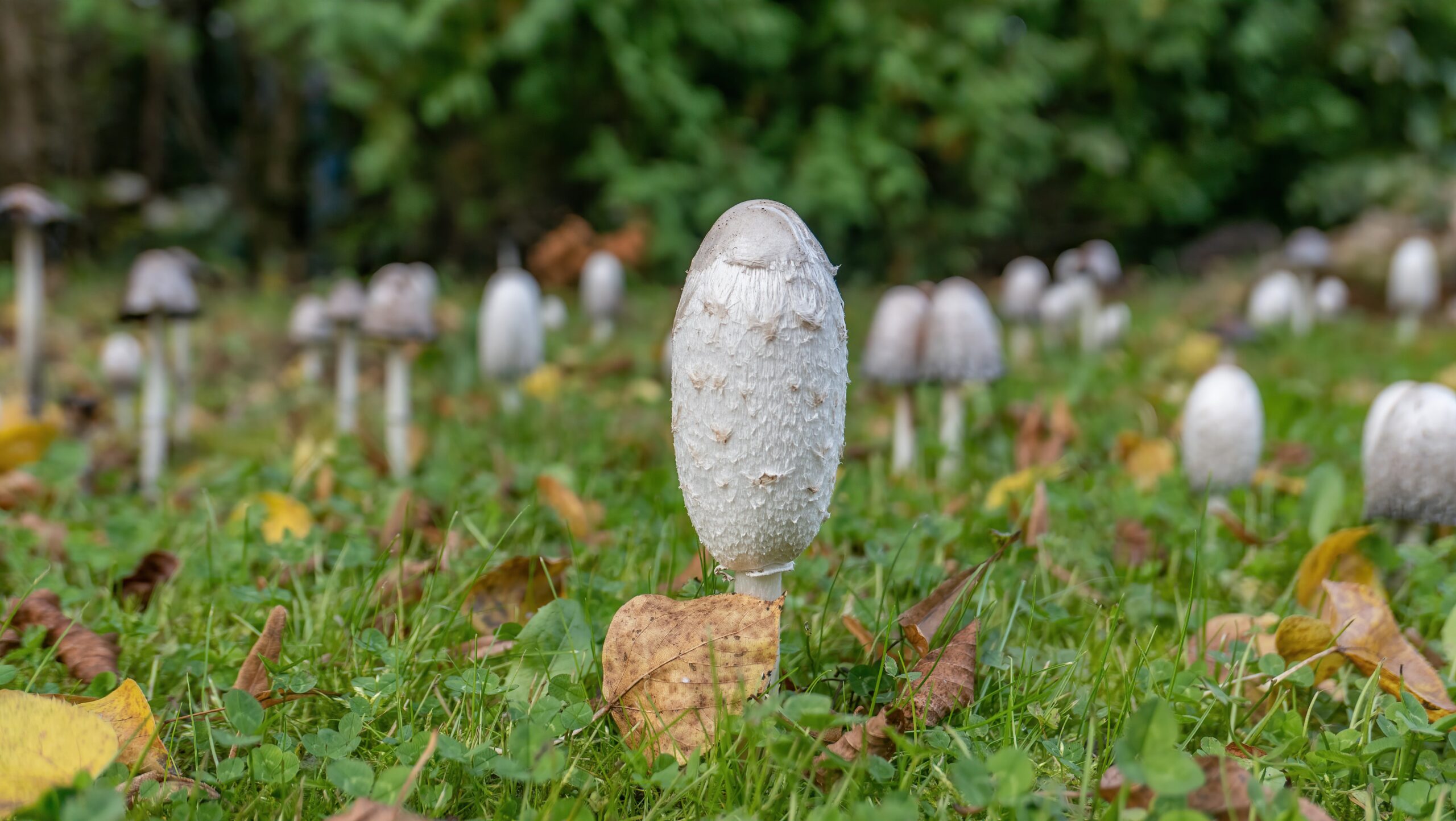 In this brief guide we are going to answer the question ‘’How is neuroscience related to physiological psychology?’’ We will establish the differences between both disciplines and at the same time, we will discover what it’s that makes them so similar.

How is neuroscience related to physiological psychology?

Both disciplines are related because physiological psychology is a division of behavioral neuroscience, both have the object of study to analyze the brain mechanisms of perception and behavior through direct experimentation.

In recent years, with the flood of information on experimental biology, scientists from other disciplines have become prominent contributors to behavioral physiology research.

The fact that the efforts of physiological psychologists, physiologists, and other neuroscientists have come together is because it has been assumed that the ultimate function of the nervous system is behavior.

In the first year, when our teacher asked us what we thought the brain’s ultimate function was, we used to tell him “think” or “have logical reasoning” or “perceive” or “remember things.” It’s true that the nervous system carries out these functions, but they serve as the basis for the main function: to control movement.

The basic function of perception is to inform us of what is happening in our environment, so that our behaviors are adaptive and useful: perception without the ability to act would be useless.

Of course, once our perceptual abilities have developed they can be used for purposes other than guiding behavior. For example, we can enjoy a beautiful sunset or a great work of art without this perception pushing us to do something in particular. And thoughts can often occur without leading to overt behavior.

A milestone that marked its emergence was the publication in the 19th century of the book Principles of Physiological Psychology by Wilhelm Wundt (1832-1929). In his work, Wundt defends that for Psychology to be able to address its object of study, it needs the methods of Physiology.

In this sense, there is a reciprocal relationship between Psychology and Physiology insofar as, in order to understand the physiological mechanisms underlying a behavior, it’s necessary to understand from a psychological point of view why said behavior takes place, and as the

Physiological mechanisms can also explain the psychological processes triggered by these. Taking into account that Physiological Psychology intervenes on the nervous system, a good part of the research is carried out in animal models.

From its birth in the last third of the 19th century to the present day, its object of study has remained constant. However, technological advance and the influence of different currents of thought have modulated the way of approaching the study of the brain in relation to behavior.

Physiological psychology studies the relationship between organic processes (essentially of the brain, organs of the smooth and cardiac muscles, and organs of the senses) and motor, cognitive and emotional behavior.

It basically uses laboratory experimentation, frequently with non-human animals. For the correct implementation and interpretation of the research results, knowledge of general physiology and ethology of the animals used is required.

The emphasis on the relationship between nerve function and events of consciousness, which involves most of the disciplinary action and research, has led to the denomination of psychophysiology as Cognitive Neuroscience.

The discipline approaches a vast set of phenomena in psychology, as events that occur solely as a result of biological phenomena, from which they are not separable.

It brings to psychology a definitive separation from mentalist speculation, enriching the discipline with the monistic materialistic approach. That is one of the main philosophical contributions to scientific psychology, along with behaviorism and logical positivism.

Currently, the brain is investigated using techniques from many different disciplines. Thus, we can find a relationship between psychophysiology and physiological psychology, neuropsychology, psychoendocrinology, psychoneuroimmunology or the psychobiological area of neurosciences.

What techniques are used in Physiological Psychology?

Physiological psychology, being a biological science, requires the efforts of many related disciplines such as physiology, neuroanatomy, biochemistry, psychology, endocrinology, histology … that provide different experimental techniques, as well as the need to carry out research with living organisms.

This topic focuses on the specific daily activities of a psychobiology laboratory. Stereotaxic surgery is the first step in many of these research activities.

It’s a means by which a series of experimental devices are placed in the depths of the brain, with precision, requiring for this: a neuroanatomical atlas that indicates the way to the chosen ‘target’ and a stereotaxic instrument to reach there.

The first physiological techniques used for research in this field fell into one of three categories: injurious methods, electrical stimulation methods, and recording methods. Starting in the seventies, the study of the brain was revolutionized with the introduction of neuroimaging techniques that allow obtaining structural and / or functional images of the living human brain.

Finally, it’s necessary to highlight the recent advances in pharmacological research methods as well as in genetic techniques, which are being increasingly adopted for use in mammals.

Finally, we must emphasize that the brain is so important that we hardly need to explain the value of the research designed to help us understand it. We hope to discover the principles that govern its operation so that we can apply them to the study and treatment of neurological and behavioral disorders.

Why is physiology important?

Physiology is a central science to understand how living beings develop, how they change, what these changes are due to and what things are expected in this development process and what is not, in order to be able to foresee situations of disease or disorder and search from that for its solution.

The term physiology comes from the Greek: physis which means nature and logos which means knowledge. Thus, physiology is the study and knowledge of nature from its most basic to the most complex elements.

The main relevance and importance of physiology is everything that has to do with being able to explain how the organisms of different living beings work.

This type of knowledge has been of vital importance to know the differences and distinctive characteristics of each type of living being and then, with that information, to know how to act in situations of change, illness or health problems.

Physiology studies the development of the body and its stages to know what is expected and what is not.

It’s important to clarify that, as expected, there are different branches of physiology that are dedicated to studying different groups of living beings and this is so because there is so much data on how each organism works and its particular characteristics, which is impossible that only one type of physiology exists.

Among the branches of this science we must mention the physiology of tissues, organs, cells, animals, and humans.

And without a doubt, the physiology reside the mechanisms to give rise to the behavior, how could it not be important?

What is Physiological Psychology and what do physiological psychologists do? When you have finished reading this article you will have obtained the fullest answer I can give to these questions.

The main goal of physiological psychology is to understand the physiology of behavior, how the nervous system interacts with the rest of the body, especially the endocrine system to control behavior.

Most professional physiological psychologists have completed a doctorate in psychology or in an interdisciplinary program.

Physiological psychology belongs to the Neurosciences. As we know, neuroscientists study the nervous system from all points of view, from the investigation of genetic studies, molecular, etc. Today, the membership of the Society for Neuroscience exceeds 42,000.

So far the relationships between Cognitive Neuroscience and Psychobiology have not been addressed, and it’s worth asking how they are articulated. As we have seen in previous sections, Cognitive Neuroscience and Physiological Psychology have some common roots, although they later diverged in the course of history to consolidate as disciplines with their own identity due to the influence of other particular backgrounds.

In this psychobiological framework, Cognitive Neuroscience constitutes a synthesis discipline, where many of the approaches of Physiological Psychology, Psychophysiology and Neuropsychology converge.

It shares the object of study with all three: the biological bases of behavior, and research strategy: the combination of the methods of behavioral and biological sciences.

FAQS: How is neuroscience related to physiological psychology?

How are psychology and neuroscience related?

Psychology tries to study and understand the reason for human behavior. Neuroscience looks for the biological bases of that.

How are physiology and psychology related?

Physiology is the study of the elements, structures and biological and physiological processes related to psychic life and behavior, both normal and pathological. The biological systems most studied for their relationship to the mind and behavior are the nervous system (notably the brain) and the hormonal system.

What does neuroscience mean in psychology?

Neuroscience is the set of scientific disciplines that study the nervous system, in order to approach the understanding of the mechanisms that regulate the control of nervous reactions and the behavior of the brain.

Is Neuroscience better than psychology?

No discipline is better than another. Neuroscience has made very important contributions to psychology, but this does not mean that mental processes can be reduced to only brain activities.

In this brief guide we answered the question ‘’How is neuroscience related to physiological psychology?’’ We established the differences between both disciplines and at the same time, we discovered what it’s that makes them so similar.