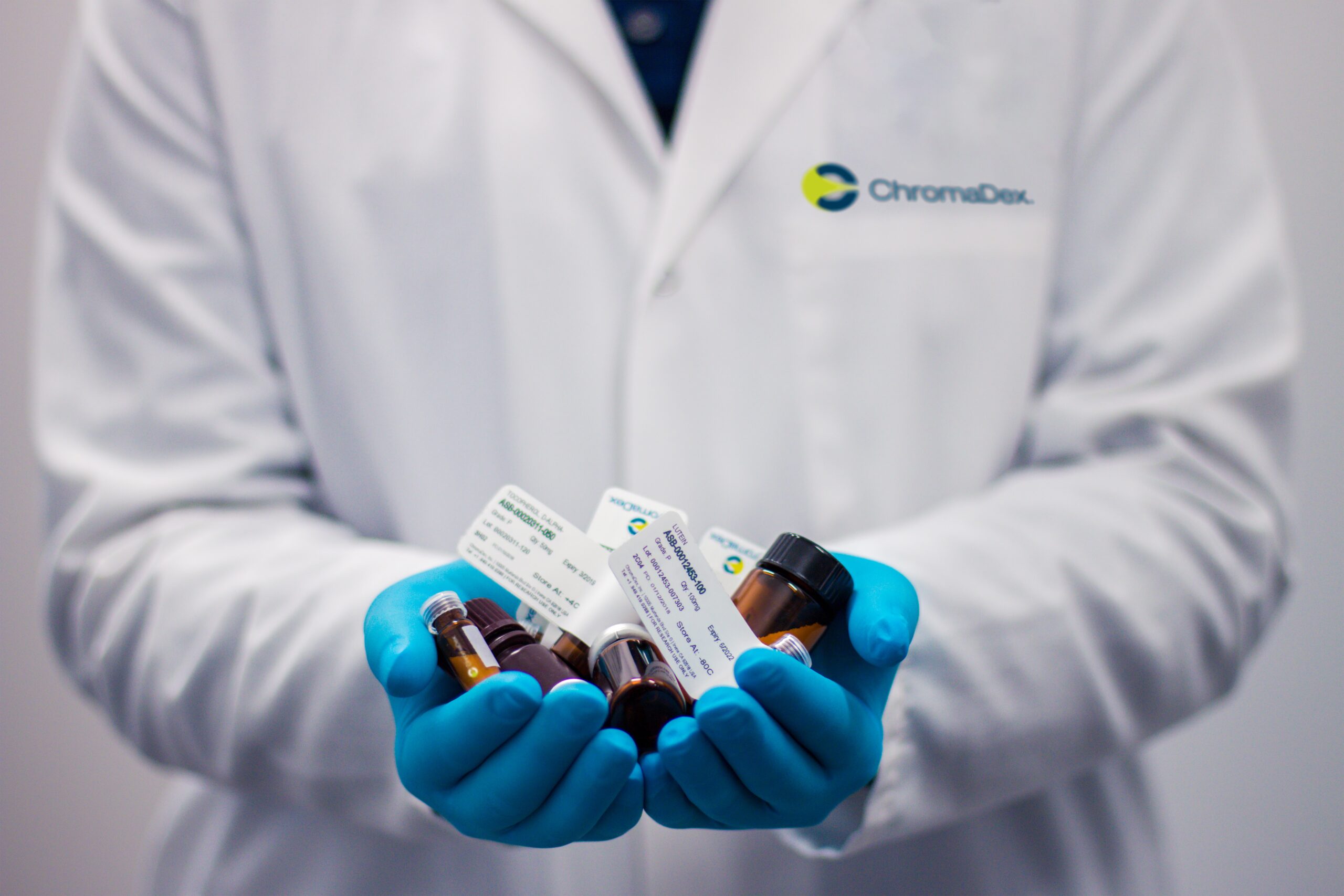 Neuroscience is the scientific specialty that is dedicated to the comprehensive study of the nervous system, taking into account its functions, its structure and other aspects.

In this brief article we are going to answer the question ‘’How is neuroscience like medical science?’’ We will look for the relationship between medicine and neuroscience and we will navigate between what both disciplines share and how they complement each other.

Despite the great scientific advances in recent years, the human brain remains a great mystery, but how does it work? It has not yet been fully shelled, and although many details are known about its anatomy or operation, it is still impossible to fully understand all the functions carried out by the brain, that structure of such small dimensions.

Understanding the brain is one of the greatest challenges that humans face. Can neuroscience help you get there?

From neuroscience there are many problems to be solved, which are still being investigated by laboratories around the world, such as consciousness, perception, learning and memory, brain plasticity, cognition or sleep among others. And if so, how do you do it?

To understand how the human brain works, it is first necessary to understand how the small components that make it up, neurons, those “chips” that connect and communicate with each other, how they carry out the work of transporting, transmitting and storing information, or how their plasticity allows them to store and retrieve information for many years.

This is one of the main objectives of neurobiology and from which all studies are planned.

Neuroscience is not a single science, it is multidisciplinary and is made up of each of the sciences that, from different points of view, study the human nervous system and the functioning of the brain.

For this, it relies on disciplines such as cellular and molecular biology, biochemistry, pharmacology and many others that, fortunately are advancing, and that, together with the development of microscopy techniques, allow to deepen the knowledge of this discipline and achieve important results for the development of some areas in medicine.

How are neuroscience and medicine related?

Many questions find their answers in research studies with animals, which began in Greek times and which many people are against, thereby increasing criticism or controversy and which, personally, I consider essential for the research can move forward.

With these research studies, the behavior that certain animal models have against certain stimuli or situations induced in the laboratory is measured. With all these advances, it is being possible to discern why diseases related to neurodegeneration occur in the brain, such as Parkinson’s, Alzheimer’s or schizophrenia, among others.

Neuroscience is an arduous and tedious path, but at the same time exciting, with which, in the not too distant future, we can largely understand how one of the most perfect parts of the body works and that to this day, continues to be unknown, and thus we can help the population, whether in the elderly in the case of Alzheimer’s, or any other group of people with diseases related to cognition, learning or sleep disorders, among others.

The brain is necessary for, and depends on its functioning, human behavior at all levels and in all fields, from genetic – molecular, cellular, microsystems, macrosystems, organism, to socio – environmental, etc.

Thus, clinical neuroscience aims to discover brain patterns at all levels, and their relationship with the rest of the systems, which allow us to define a malfunction, to be able to “normalize” (treat it) and be able to predict the most probable future.

Neurosciences encompass an area of knowledge that deals with the study of the Nervous System from neuronal functioning to behavior. Obviously, the understanding of the normal brain function favors the knowledge and understanding of neurobiological abnormalities that cause mental and neurological disorders.

The etiology and treatment of brain diseases and disorders is of interest to clinical neuroscience. In order to identify the mechanisms of brain death and dysfunction and to establish novel therapeutic strategies, several researchers use experimental procedures.

Although such fundamental neuroscience has led to a large number of clinically relevant discoveries, human patients need to be translated into these findings.

The three main divisions of clinical neuroscience are: Neurology, Neurosurgery, and Psychiatry.

The complexity of neurological pathology, together with the high sophistication of the technology used for its diagnosis and surgical treatment, makes the joint work of all neurosciences inevitable.

The time when a specialist could treat a patient alone is over. Now, to be able to take on extremely complex problems, we have to combine neuroscientists, anesthetists and possess the latest technology. It is the way to approach the pathology with a high level of results.

The progress of basic and clinical neurosciences has led to a better understanding of the anatomy and physiology of the nervous system, the causes and mechanisms of neurological diseases, and the development of new therapeutic possibilities for many of them.

The diagnosis, treatment and prevention of difficult brain conditions such as depression, bipolar disorder, anxiety disorders, schizophrenia, developmental disorders, and neurodegenerative disorders are part of psychiatry.

Its main mission is to avoid and relieve the pain and impairment caused by these conditions, which account for a large portion of the global burden of disability due to disease.

Historically, diseases that fits in the area of psychiatry were those of uncertain origin, and some disorders, such as central nervous system disorders, have also moved to neurology as researchers have identified their origin.

Today, however, a better understanding of causal mechanisms to serious neuropsychiatric disease is emerging with the methods of modern neuroscience, thereby making the distinction between psychiatry and neurology.

Ultimately, proteins or neurotransmitters may not be biomarkers for psychiatric illnesses, but may arise through neuroimaging (fMRI, SPECT, etc). Logically, if these are brain system disorders, then the “pathology” of these diseases would be the visualization of irregular patterns of brain activity.

Studies in which patterns of brain activity after stimulation can be diagnostic can be imagined, just like a nuclear stress test is now commonly used to diagnose coronary artery disease by cardiologists.

The acknowledgement that psychiatric disorders are brain disorders indicates that a brain scientist may need to be the doctor of the future. In reality, it is better to recognize psychiatrists and neurologists as “clinical neuroscientists,” applying neuroscience’s groundbreaking discoveries to the treatment of those with brain disorders.

Though at one time the sole province of psychoanalytic therapies, the study of unconscious mechanisms, motivation, or defenses is now also in the area of cognitive neuroscience.

Research techniques in neuroscience are very important, especially if we take into account what we expect in the coming years of this science. Until not long ago, when neuroimaging techniques were just a dream, checking the reality of some theories about the nervous system was complicated and even impossible.

In 1988, the Spanish physician Santiago Ramón y Cajal described the morphology of neurons through a complex staining system. Since then, various milestones have occurred in neurobiology, such as the discovery of the electroencephalogram (EEG) or the classification of the biological rhythms of the brain.

Diseases that affect the nervous system often have serious consequences. Detecting a tumor or hemorrhage early is extremely important to increase the chances of survival. Likewise, detecting a neurodegenerative disease in its early stages is the key to trying to postpone symptoms.

On the other hand, scientific advance has allowed us to delve into brain function. For example, it is currently possible to compare the brain of a depressed person with that of a normal person, obtaining functional differences associated with the symptoms. In the same way, we can identify the brain areas and processes corresponding to such a particular function, such as attention.

The work neuroscience is doing for medicine is evident, including research in neurology and psychiatry.

How is a neuroscience like and different from medical science?

Neurology provides diagnosis and treatment of primary, peripheral and autonomic nervous systems disorders. Neuroscientists are fundamental scientists who may have a medical degree or may not have one.

Is neuroscience a medical science?

Not necessarily. Neuroscience is an interdisciplinary science that works closely with other disciplines, such as mathematics, linguistics, engineering, computer science, chemistry, philosophy, psychology, and medicine.

Is a neuroscientist a medical doctor?

No, a neuroscientist is a researcher with a PhD in neuroscience. Neurologists, as practicing physicians, are professionals who diagnose and manage primary, peripheral, and autonomic nervous systems disorders and diseases.

What does a clinical neuroscientist do?

Clinical neuroscience is a field of neuroscience which emphasizes on the scientific study of basic processes involved in the brain and central nervous system diseases and disorders. It aims to develop new ways of conceptualizing, diagnosing and eventually developing innovative therapies for such disorders.

Yes, it involves a lot of hard sciences like biology, chemistry and mathematics.