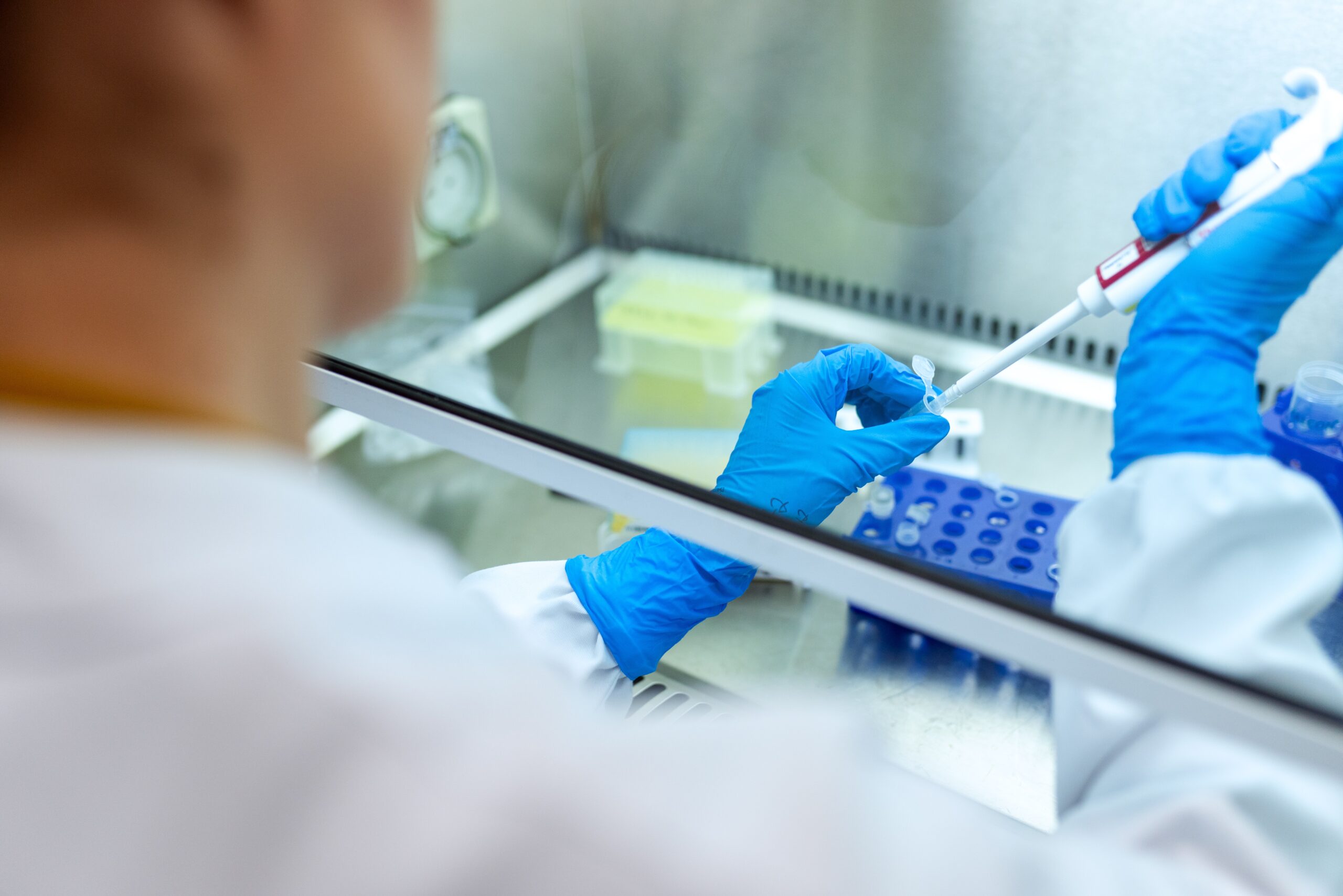 Studying the human brain and its relationship to behavior is not an easy task. Even more so if your results involve ethical problems.

In this brief guide we are going to answer the question ‘’How is neuroscience ethical?’’ We will analyze the main problems and future challenges presented by neuroscientific research.

How is neuroscience ethical?

Neuroscience is ethical because it aims to stay within legal and social frameworks. However, like all research, it presents certain risks and problems.

In recent decades, important transformations have occurred in the field of neuroscience thanks to the new tools and technologies developed (such as neuroimaging) and the joint work of researchers from various disciplines.

This extraordinary growth, which was accompanied by great international enthusiasm, led to these years being considered “the decade of the brain”.

However, while other areas of science have their own specific fields to reflect and analyze on the way of doing research, as well as to evaluate its effects and consequences (for example, bioethics), throughout these years the impact and scope that these new neuroscientific discoveries could have on society was considered to a lesser extent.

It is possible to consider that certain questions in this field also concern bioethics and can be approached from it. But the profound advances made heightened the need for a specific area: neuroethics.

Although some consider it to be simply “brain bioethics,” neuroethics encompasses the field of philosophy that discusses the benefits and dangers of research on the human brain. And, in relation to this, it considers what is technically viable with what is ethically acceptable.

The relationships between ethics and neuroscience have formed a vast and complex field of interdisciplinary study called “Neuroethics”.

The Global Conference on Neuroethics, sponsored by the Dana Foundation, held in San Francisco in May 2002, brought together neuroscientists, physicians, experts in neuroimaging techniques, law and humanities, policymakers, and media representatives.

In this conference, neuroethics, understood in its double meaning, as the “ethics of neuroscience”, which deals with ethical, social and legal problems associated with the development of neuroscience research and its applications, takes its nature.

It comprises two subfields: ethical questions regarding the design and conduct of neuroscientific research; and the evaluation of the ethical, legal and social consequences derived from the studies and their practical applications.

It is applied neuroethics, closely related to the ethical issues of biomedical practice, such as research and design of clinical studies, the privacy of certain results, the informed consent of the patient to participate in research.

In the publication of the conference papers, five thematic fields were identified: the problem of self-awareness and personal identity; the social and legal implications; research and applications in areas such as pharmacology and clinic; public reception of these issues; and the future of the new discipline.

The ethics of neuroscience raises critical questions such as, given the unstoppable advancement of techniques to improve the brain, should it be established what can and cannot be done; drugs should be developed to improve memory, attention, or to avoid painful memories.

A person with brain injuries that prevents informed consent can participate in a clinical trial; the courts may admit evidence obtained with neuroimaging to incriminate or exonerate the accused; Is it legitimate to use neuroimaging techniques in national security services, hospitals, companies?

What are some of the main talking points for neuroethics?

The improvement of cognition in normal individuals (cognitive enhancement) with neuropharmaceuticals is one of the most important challenges within which physicians will have to play an increasingly important role.

A smart pill is a drug that increases certain cognitive abilities in any individual who uses it, whether the user has a cognitive deficit or is a healthy person. For example, we can mention the use of stimulants such as Methylphenidate or Dextro-Amphetamine.

In turn, a series of drugs, other than the aforementioned stimulants, are currently being evaluated to detect their potential capacity to improve cognitive aspects and others different from these in healthy people.

We can mention as examples the case of fluoxetine, a drug with a potential effect on emotional character and disposition, or modafinil, a drug that would act in people with prolonged loss of sleep and may increase the state of alertness

The particular case of stimulants

Psychostimulants are drugs currently used in the treatment of people with ADHD (Attention deficit disorder with or without hyperactivity).

The authors Elizabeth Smith and Martha Farah mention in a recent work that Dextro-Amphetamine and Methylphenidate in some individuals seem to improve the retention of recently learned information, working memory and cognitive control.

However there would be great uncertainty regarding to the dimension of these effects and their dependence on the dose, individual differences and specificity of the task

According to these same authors, in 2008, the National Survey on Drug Use and Health conducted in the United States found a prevalence of 8.5% of non-medical use of stimulants in North Americans over 12 years of age and a prevalence of 12.3 % in Americans between the ages of 21 and 25 (based on 2009 information from the Substance Abuse and Mental Health Services Administration).

The possibility of this ambivalent use of stimulants, that is, seeking a cosmetic effect or as a treatment, makes the questions about: on whom to use them? Why? Who and how should decide their use? what values are at stake?

The discussion about cognitive enhancement is not limited to the use of drugs.

These methods include high and low tech. An example of the first is Transcranial Magnetic Stimulation (TMS-), by which weak electrical fluxes are induced in specific areas of the brain by magnetic fields generated outside the head.

The TMS is being explored as a therapeutic modality for neuropsychiatric conditions as diverse as depression and ADHD and would be able to improve certain aspects of cognition in normal people.

In a recent article in the journal Neurology, certain aspects related to ethical conflicts associated with the use of non-invasive brain stimulation as a possible cognitive enhancer are discussed.

The authors mention different works in which the potential use of TMS as an enhancer of certain abilities in healthy people has been investigated, having verified in the groups studied in these investigations the possibility of improving aspects related to complex motor learning, language, visuospatial processing along with other perceptual skills.

Both in the case of smart pills and in that of all those technologies that aim at cognitive improvement, the questions remain the same: why improve cognition? What difference would there be between improving cognition with a drug or through of a diet or an intellectual exercise, when the final objective would be in both cases the improvement of a function in a healthy person?

Would individuals exercise their autonomy when deciding to use any of these technologies or would they largely find themselves conditioned by the need to adjust their cognitive performance, their mood or their hours of sleep, to the objectives and expectations of the educational or work institutions?

They can even detect early signs of neurological and psychiatric disorders before their characteristic signs and symptoms appear. Neuroethicists wonder, what should we do with the information about these findings?

Among other potential conflicts, brain damage evidenced by neuro-imaging studies can be interpreted, depending on the type, as the cause of a deficit in moral reasoning ability and ability to control behavior, which could lead to justify the absence of responsibility in crimes committed by certain individuals.

Would a brain dysfunction by itself explain violent behaviors and define a person’s responsibility in relation to their actions?

New neuroscientific technologies, thanks to computation, seem to reflect brain processes with enough plastic realism. It must be remembered that this perception is only the reflection of a complex technology, since what we see on the screen is not a particular brain but the correlation of multiple variables converted into suggestive images.

Current discoveries in genetics pose challenges in relation to genetic counseling and mitigating potential stigmas and discrimination that arise from knowledge about a genetically determined disease. At the same time, it is necessary to regulate the use of genetic evaluations and the management of genetic information.

With the development of Genetics as a science and in particular the advance of the · Human Genome Project, various ethical studies have been developed to answer the following questions:

1. What people should be studied and for what diseases?

2. Should the information of the study carried out be kept confidential or be disclosed to a third party?

3. Can these studies be carried out in a pre-employment checkup or by insurers as a condition to offer or not life insurance?

4. Can the information from the neurogenetic prenatal screening be used as a basis for selective abortion?

5. Can children be studied?

6. Should a presymptomatic study be performed in a young adult; at risk of suffering from a genetic disease whose symptoms appear in adulthood?

7. To what extent will not be harmful to society, the correction of the defect of the genes, with Gene Therapy?

It is essential to recognize the interest that the world community has today in the promising results of brain studies. That is why it is essential to involve the whole of society in the neuroethical aspects of advances in neurosciences, because it will be directly involved in these developments.

New developments in knowledge and neuroethical considerations should not be limited to a panel of experts, but rather society as a whole should be involved. Of course, disclosure is also key in this process.

All of us who have the possibility to disseminate these studies must not only understand the expectations and fears, but also limit the false hopes and misunderstandings that can result from highly simplified scientific information.

In recent years we have known more about the brain than in the entire history of mankind. Technological advances promise to explore further about how it works and to design a myriad of new applications (the brain-machine interface, for example).

This revolution in brain studies requires permanent reflection and in-depth evaluation of its impact so that what is best for humanity is respected, protected and developed.

FAQS: How is neuroscience ethical?

Whether neuromarketing is ethical depends on its use, the purpose and the way of proceeding in the studies, not on the discipline itself. Ethical neuromarketing exists and should be encouraged and highlighted.

What ethical issues does the food industry face?

Why are ethical issues important in research?

Ethical conduct is important to foster collaboration, cooperation, and trust among scientists to advance research objectives, comply with social responsibility, and avoid or minimize scandals of harm as a result of unethical or illegal behavior.

What companies use neuromarketing?

No, neuromarkenting so far is not illegal, however, it presents serious ethical problems.

In this brief guide we answered the question ‘’How is neuroscience ethical?’’ We analyzed the main problems and future challenges presented by neuroscientific research.

If you have any questions or comments please let us know