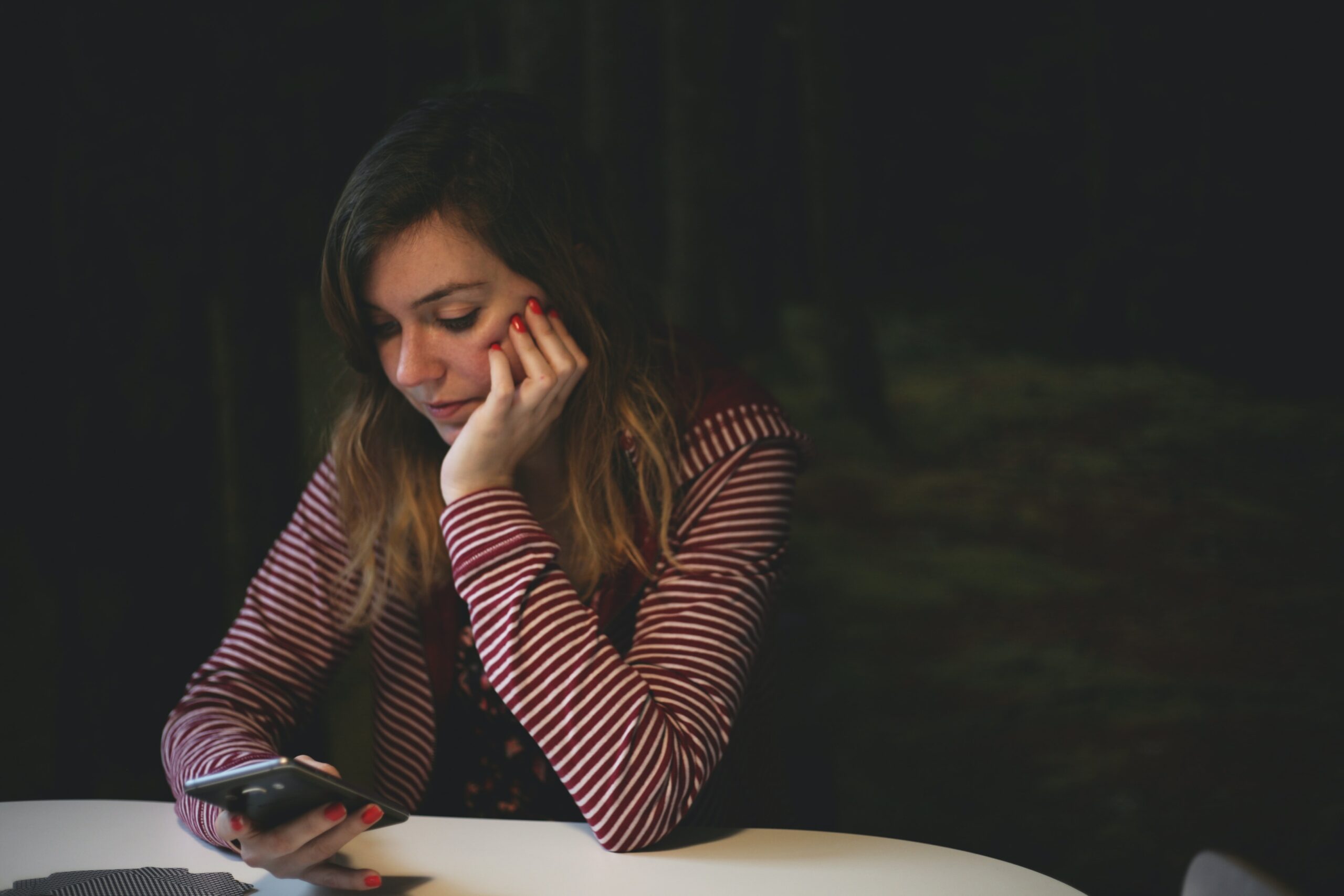 The brain is, without a doubt, the most complex organ in our body. It allows us to do an incredible number of functions and tasks. And it is that it not only helps us to think, reason or speak; also to dream, love and get excited.

In this brief guide we are going to answer the questions ‘’How human brains are different it has a lot to do with the connections?’’and analyze the brain differences that allow our brain to be unique and special.

How human brains are different? it has a lot to do with the connections?

Yes, the fact that human brains are different has a lot to do with the connections between neurons. This is specifically due to extension of the dendrites, that means that neural signals have to travel longer. In this sense, dendrites manipulate the strength of the electrical signal.

The brain is the most bossy organ in the whole body: it commands practically every other part of the body, telling them what to do, constantly, regardless of whether you are aware of it or not. But how is the human brain so specialized? Does it have to do with neural connections?

Why is the brain unique? Difference between species

Research carried out at MIT has found that humans are more intelligent than other animals not because they have more neurons or a larger cortex, but because of the electrical activity of the dendrites, which is what makes the difference.

Researchers at MIT have discovered the brain difference that makes us unique. It’s thanks to the architecture of neuronal terminals called dendrites, which are in charge of receiving information (nerve impulses) from other neurons and taking it to the metabolic center (soma) of the neuron to which they belong.

Thanks to this neural process we can read and understand this article: the great communication networks established by these neurons communicate with each other to generate our thoughts and behaviors.

Analyzing living human brain tissue, these researchers observed that when information reaches the end of a dendrite in the human brain, it has to travel a long way through the ion channels that support the signal.

This distance causes the received signal to weaken and the traffic intensity along the ion channels also decreases, causing a unique situation: the different dendrites have to decide at all times what to do with the information they have received.

It’s possible that along the path of the signal the dendrite triggers an electrical signal or not and that decision is made collectively by a set of dendrites. This forces the dendrites to display a calculation capacity that is the origin of the difference between human intelligence and that of other animals, according to the results of this research.

The research was carried out by analyzing live dendritic activity in human brain tissue, obtained as a result of surgical interventions performed on patients with epilepsy.

These observations were compared with those made in rat brains to determine whether a greater distance for the signal’s path significantly altered its power.

Human dendrites have elongated to the same extent that the human brain has evolved, so electrical signals have to travel much further to find the neuron’s soma.

This change in density explains the differences between the electrical activity of human dendrites and those of other animals.

These differences, according to the researchers, allow more regions of a dendrite to influence the strength of an incoming electrical signal, and for this reason individual neurons can perform more complex calculations on the information, in order to decide what to do with the signal  (whether to trigger an electrical signal or not).

It will depend on whether or not a thought is formed or perhaps we make a decision.

Each human neuron can have 50 dendrites and each dendrite has hundreds of synapses or connection points with other neurons. Compared to mice, the dendrites of human neurons have fewer ion channels.

The dendrites that are in the cerebral cortex are much longer than those of most other species and it is this difference in the length of the dendrites that ultimately makes us more intelligent than other animals.

Do smart people have different brains?

Human intelligence depends on brain connections and not differences between different areas of the brain, a study has found. When these connections are most intense, the brain quickly selects important information and processes it quickly, discarding the irrelevant. This selection makes a difference in the expression of a person’s intelligence.

Until now, the level of intelligence of a person was attributed solely to differences observed in different parts of the brain. The new study adds that it is also related to brain connections and that these connections stand out when it comes to manifesting a person’s intelligence.

They came to this conclusion after studying the neurological bases of human intelligence. For this they combined the brain imaging examinations of 300 people obtained by magnetic resonance imaging, with other analysis methods.

These new analyzes show, among other things, that certain areas of the brain of intelligent people participate more intensely in the circulation of information between the different networks of the brain, in order that important information is communicated more quickly.

Also, the German team has found that some brain regions are less connected than the rest of the neural networks in less intelligent people. This means that the most intelligent people have a better filtering of irrelevant information, which affects their ability to react to other information.

According to Basten, it’s possible that the different integration of these regions into brain networks allows smarter people to more easily distinguish important information from irrelevant information, representing a cognitive advantage for many thought processes. The results of this work are published in the journal Scientific Reports.

In this article, the scientists explain that the functional brain is organized in modules: “It’s like a social network that is made up of many subnets, such as families or circles of friends. Within each sub-module, the members of each family are more strongly connected to each other than to members of other families or circles of friends. The brain works in a similar way.’’

What this study has found is that in the most intelligent individuals some of these brain sub-modules are more connected and that therefore the exchange of information allows us to quickly separate what is important.

“It’s possible that, due to their biological predispositions, some people develop brain networks that favor intelligent behaviors or more challenging cognitive tasks. However, it is equally likely that frequent use of the brain for cognitively challenging tasks can positively influence the development of brain networks. Given the little we currently know about intelligence, an interaction of both processes seems more likely, “explains Basten.

It’s not the first time that this team has made important contributions to the study of intelligence. In 2015, they had already identified several brain regions, including the prefrontal cortex, in which the changes in activity appeared associated with different levels of intelligence.

In this new study, they have managed to specify those brain areas are connected at the functional level.

More recently, earlier this year, Kirsten Hilger, Christian Fiebach and Ulrike Basten published other research adding that both the anterior insular cortex and the anterior cingulate cortex, two brain areas involved in the cognitive process specialized in relevant information, they were better connected than other brain regions.

They also specified that the junction between the temporal and parietal cortex, which acts as a protection for the thinking mind against irrelevant information, is worse connected to the rest of the brain and neural network.

Sex differences in the brain: also has a lot to do with connections

Men can ride a bicycle better, but women are able to do more tasks at the same time. The University of Pennsylvania has done the most research on brain differences between men and women and they have observed that the changes appear beginning in adolescence.

There is no scientific basis for separating boys and girls in school. New research based on 1,000 brain scans shows that the brains of a man and a woman are practically the same up to 13 years of age. Or put another way: differences are detected from adolescence.

This study, carried out among 949 people in good health (521 women and 428 men) between the ages of nine and 22, reveals in men a greater number of connections in the front part of the brain, the coordination center of actions, and the back, where the cerebellum is located, important for intuition.

The images also show a large number of connections within each of the brain’s hemispheres.

The scans show differences, although these are still small.

For example, the female brain has more connections between the neurons of the two hemispheres (the right and the left) and this allows women to better multitask.

In contrast, the male brain maintains a link between the front and the back and this is an advantage when reading a map because it facilitates perception and coordinated action. Therefore, men are better oriented than women.

However, these brain differences between the two genders appear relatively late, because very few inequalities were observed in individuals under 13 years of age, but the changes are more pronounced in adolescents and young adults.

“These maps of brain connectivity show striking, but also complementary, differences in the architecture of the human brain, which help to elaborate a potential neural base that explains why men are brilliant in some tasks and women in others,” explained Ragini Verma, a professor of radiology at the University of Pennsylvania School of Medicine and lead author of these papers published by the American Academy of Sciences (PNAS).

This researcher explains that men are on average more apt to learn and perform a single task, such as riding a bicycle, skiing or sailing, while women have superior memory and greater social intelligence, which makes them more apt to perform tasks multiple and find solutions for the group.

Studies in the past have already shown differences between male and female brains, the authors note, but neural connectivity across the brain has never been studied before in such a large group of people.

FAQS: How human brains are different it has a lot to do with the connections?

In this brief guide we answered the questions ‘’How human brains are different it has a lot to do with the connections?’’and analyzed the brain differences that allow our brain to be unique and special.

If you have questions or comments please let us know!