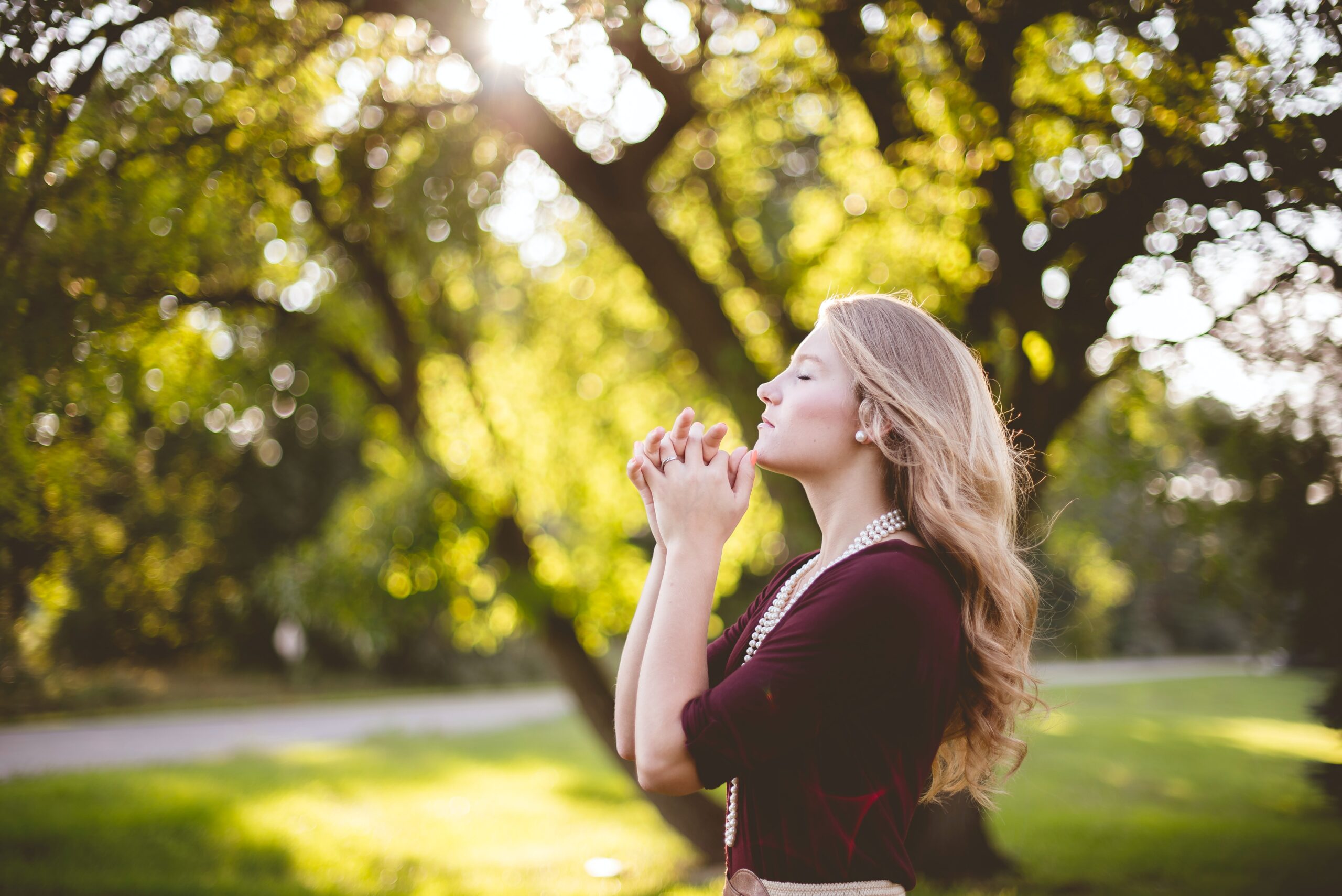 Maybe you’ve never asked yourself, but do you have any idea how fast a thought occurs? How long do your neurons take to work? Well, it’s somewhat complex, but you can set, more or less, an average speed.

In this article we are going to answer the question: How fast does your brain think? We will detail how thoughts travel through the brain and at what speed.

How fast does your brain think?

In just 600 milliseconds your brain is able to give an answer or make a decision. That gives it a speed of up to 120 m / s.

Perhaps the most complex “Device” we can find in the universe. It controls our body, the functioning of all our organs, and our behavior.

And all of this is done at great speed … the speed of thought.

What is the speed of thought?

It depends on what we mean by “thought.”

For the question to have any scientific meaning, it’s necessary to define “thought” so that its speed can actually be measured by physical methods. Remember that if we can think it’s because there are impulses that pass from nerve cell to nerve cell.

The unconscious “thought” involved in all this -“I feel something hot, and I had better remove my hand because otherwise I will burn it” – cannot be faster than the time it takes for the nervous impulse to travel the way back and return.

Therefore, we have to understand that the “speed of thought” is the: “speed of the nervous impulse”, because if not, there’s no answer.

Back in 1846, the great German physiologist Johannes Müller decided, in a fit of pessimism, that the speed of the nerve impulse could never be measured. Six years later, in 1852, it was measured by one of his best disciples, Hermann Ludwig Ferdinand von Helmholtz, working with a muscle still innervated.

Helmholtz stimulated the nerve at various points and measured the time it took for the muscle to contract. By stimulating the nerve at a point further from the muscle, the contraction was delayed. From the delay time he was able to calculate the time it had taken for the nerve impulse to travel that extra distance.

Nerve impulses are electrochemical messages, voltage waves that exist at the level of the cell membrane and begin at the site where the stimulus is applied. These ‘messages’ are transmitted through neurons, which act like ‘wires’. Nerves are a group of axons that collectively transfer messages.

It is known that, depending on the distance they must travel inside the axons of the human body, their speed ranges from less than 1 meter / second in some nerve fibers to more than 100 meters / second in others

The speed of the nerve impulse depends on the thickness of the nerve. The thicker the nerve, the greater the speed.

The best known species with thick axons is squid, where these filaments can reach a millimeter in diameter (yes, in giant squids) and transmit the electrical impulse at about 126 km / h.

Species with thinner axons, like ours, ‘’managed” differently so that their neurons were able to transmit the impulse at a higher speed. It must be taken into account that a high transmission speed means a fast response speed and, therefore, more useful, for flight or for any other mechanism that allows us to survive. This form they took is myelin.

Myelin is a substance produced by glial cells, the “personal assistants” of neurons, with which they wrap their axons.

It’s a protective layer, like the rubber of cables, only it doesn’t spread continuously but is grouped in sheaths The free spaces of myelin between sheath and sheath are called Nodes of Ranvier.

Due to this product, myelin, the ionic exchanges between the inside and outside of the neurons only take place in these nodules, and this translates into a higher transmission speed and energy savings.

Mammalian nerves are the most efficient in the entire animal kingdom: the best-quality nerves conduct nerve impulses at a speed of 362 kilometers per hour.

This may seem disappointing, because after all, the speed of thought is no faster than that of old propeller airplanes. But let’s think that a nerve impulse can go from any point in the human body to any other and return in less than 1/25 of a second (omitting the delays due to processing in the central nervous system).

The longest nerve in mammals belongs to the blue whale, which is about 100 feet long, and even then any possible round trip within the body can be accomplished by the nerve impulse in just over half a second. Which is pretty fast.

How can thoughts be measured?

Each person is different and each person has hundreds of different types of thoughts, therefore the first difficulty we face when measuring a thought is precisely defining what a thought is, where it begins and where it ends.

The simplest method, and one that most scientists seem to subscribe to, is to measure the time between a sensory stimulus and a reaction. Thus, for example, you can measure how long it takes a person to react when they perceive some type of danger.

Defining where a thought begins and ends is difficult, but it’s even more difficult, if not impossible, to determine the intermediate stages of thought between sensory input and physical reaction.

When we receive a stimulus, our brain doesn’t react automatically, there’s an intermediate process that includes at least three stages: interpretation of the stimulus, decision-making, and action plan.

In other words, although it’s possible to measure with more or less precision how long a person takes to react, it’s still not possible to know for sure what each neural process is like exactly.

Well then, if we accept that reaction time is a good indicator of the speed of a thought, we should be in a position to know what, ultimately, reaction time depends on.

According to scientists, there are three neurological determinants of reaction time to any stimulus: distance, type of neuron and complexity.

The distance has to do with which areas of the brain should be activated, the type of neuron matters because the ease with which neurons communicate depends on it and finally the complexity refers to the type of thought itself (if it is deductive or inductive, if it involves making moral decisions or not, if it is necessary to make associations with other thoughts or not, etc).

So how fast can it go?

To begin answering this question, let’s borrow the same example from LiveScience. Consider a sprinting runner at the starting line, it’s clear that the time we must measure in this case is the time that elapses between when the runner hears the starting gun and actually starts running.

The process begins with the reception, perception and interpretation of the sound, then the decision-making and planning of what physical action to perform occurs, then the issuance of the order to the muscles to start running, and finally the reaction of the muscles.

All this complex process that involves the communication of different central and peripheral nerve cells, happens incredibly fast: in half the time it takes to blink.

Of course, each person is different, and a professional runner, like the one in the example, has a shorter reaction time than other people since their brain is more trained and “knows” in advance what to do at each stage. Anyway, in an amateur, as much as the process is different, it’s just as incredibly fast.

And there is the fantastic thing about our brain, it’s capable of receiving, processing and interpreting stimuli so quickly that decision-making and the execution of complex actions can take place in infinitesimal seconds.

In addition to the neurological factors that we talked about previously, other types of factors are also at play, such as, in the case of a runner, their hearing ability to perceive the shot, their state of health and the strength of their muscles, among others.

If the perception of a sound and the execution of an action that requires a high level of energy takes so little time (half the time it takes to blink once), imagine how fast a simpler thought goes, like, just by putting a For example, closing your eyes when a light dazzles you, or responding when someone calls you.

These are actions that seem automatic, but they’re not, although we don’t realize they are relatively complex processes that occur with each type of brain stimulus.

Considering other types of thoughts, in which the “beginning” and the “end” are not so clear is much more complex.

For example, imagine solving a math problem, where different “independent” thoughts coexist that converge on a solution, but it is not clear how to delimit and measure each of them. These much more complex thoughts certainly take much longer, but there’s still no unequivocal way to measure it.

FAQS: How fast does your brain think?

How fast is the speed of thought?

How long does it take to think a thought?

About half a second, 500 milliseconds to transform sensory information into conscious experience.

How fast can the average human think?

Are thoughts faster than the speed of light?

How fast is the speed of dark?

Darkness is the absence of light. Darkness has the same speed as light.

In this article we answered the question: How fast does your brain think? We detailed how thoughts travel through the brain and at what speed.