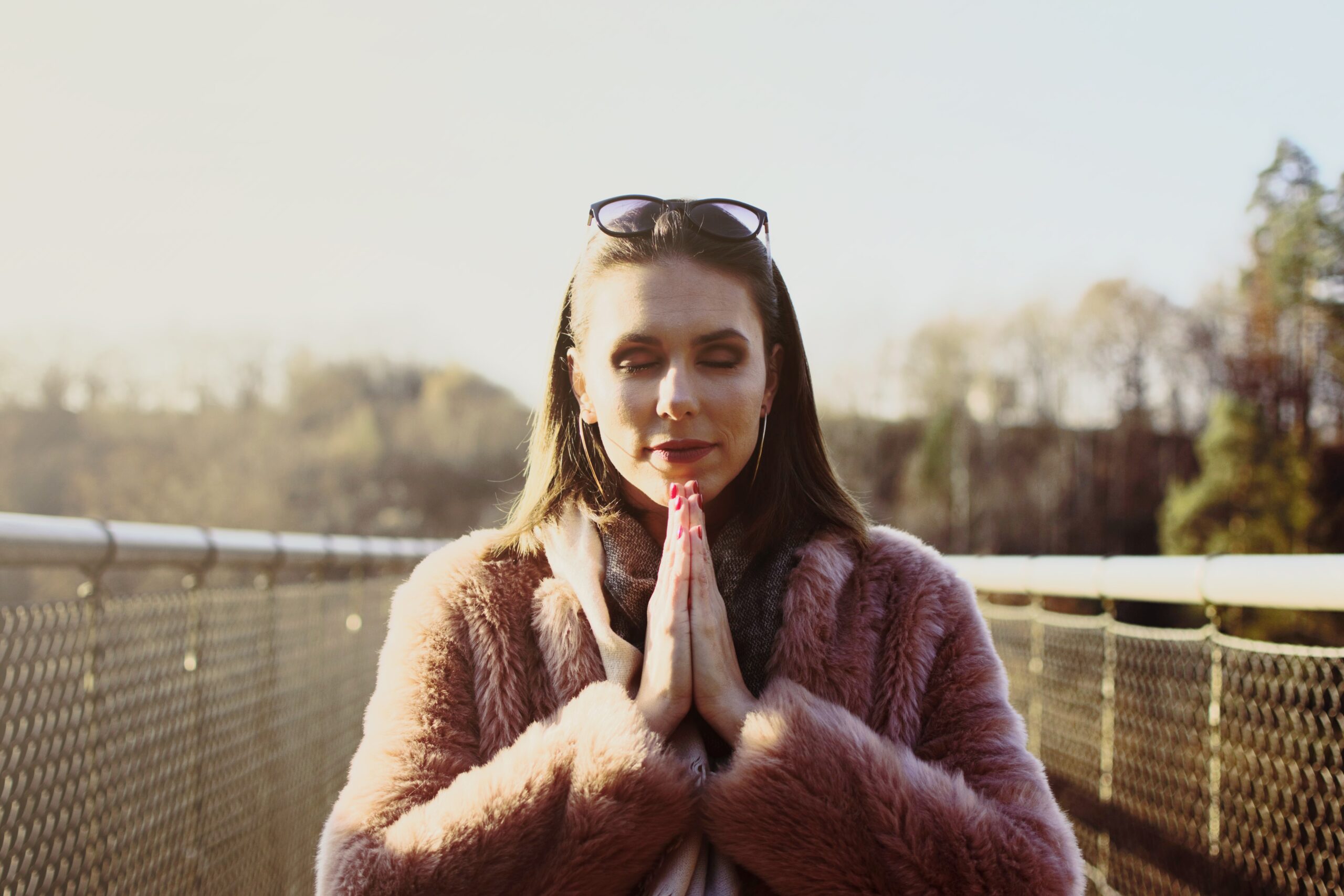 Do you think intelligence is fixed? That we are born with an unchanging IQ that cannot be developed? Or do you think it is a muscle and as such working it can improve it?

What about our abilities and personality? We can improve?

Our brain is a complex organ that works in parallel, making continuous predictions and assimilating information through the association of already known patterns.

As it is very malleable, life experiences cause it to reorganize itself and it is this process of continuous adaptation that allows us to learn throughout life, which has enormous educational repercussions.

In this post we are going to answer the question ‘’How does the brain play into mindset?’’ We will discover what the role of the brain is in the adoption of a mindset and if mindsets can be modified with experience.

How does the brain play into mindset?

The brain plays a role in the mindset as mindset is related to brain plasticity and neural networks formed by learning.

The psychologist and researcher Carol Dweck has spent decades studying how there are people who develop their full potential and others who, with the same talent, do not.

She has come to the conclusion that people have two different types of mentalities, fixed or growth, and that this mindsethas a decisive influence on the development of our potential.

The fixed mindset is one in which we assume that our character, intelligence and creative ability are static and that we cannot change it in a meaningful way and therefore avoid failure at all costs.

The growth mindset is one that allows us to have big dreams, where ideas can be developed and you are resilient to achieve it, where you are able to quickly recover from difficult situations. This type of mindset involves an effort that allows you to transform the complicated.

It is a kind of Calvinistic predestination in the realm of learning: God designates people with talents; Success is proof that the believer has been granted the grace of God and is led by the divine hand towards positive results.

The fixed mindset corresponds to a theory of fixed intelligence, where you can do little to improve your intelligence. “I am intelligent” or “I am good in this or that area” and that determines everything.

Failure and failure, unsuccessful attempts, clumsiness, are quickly interpreted as indications that the person in question has no talent.

Many teachers and coaches think that they can detect talents in young children and very confidently determine their worth and their worth just by watching them wield a tennis racket, write an essay or poem, or play an instrument a couple of times.

A person who lives in the fixed mindset will more easily abandon effort and work when the first signs of difficulty arrive, because any failure or failure is not just a testimony that they are not good at this moment at something, but that they are not they are good in general, that they do not have what it takes and that they are basket cases.

The usual reflex is therefore to avoid everything in which one is not good immediately or in a short time, to abandon or avoid any area of activity in which he shows difficulties. The person who lives in the fixed paradigm suffers from certain ego fragility and will constantly be comparing himself with others trying to glimpse symptoms of inferiority or superiority.

The growth mindset is the opposite paradigm.

A person with a growth mindset holds a theory of dynamic intelligence, instead of “I am intelligent” it is said “I am being intelligent in this task and at this given moment.” Intelligence is a skill that can be developed more or less and skill is the product of effort and concentration.

This morning he can be being very smart (because I have tried something a lot and I got a good result), after lunch I can be a clumsy learner, and at night of the lot.

Failure and failure are interpreted as normal events in any learning process. If at any given moment they detect that they are doing something with ease and brilliance, they attribute it not to their prodigious talent, but to all the previous hours of practice.

The facility is not so much a trophy or a symbol of distinction as a sign that they are in a familiar zone that they dominate and in which they have stopped learning. After all, if they were learning something, it would be challenging, complicated, and the journey would not be that easy.

A person who lives in a growth mindset will always be more effortless, he will not be aware at all times of what the results say about him, or how high or low he is in a ranking compared to others.

So, how does the brain play into mindset?

The brain is amazing.

Synaptic plasticity or neuroplasticity is the ability of the brain to renew itself, modify itself and create new neural connections at any age through stimuli from the environment and from one’s own conscious intentions.

When the world in which you operate changes, your brain does too.

The connections between your brain cells are rearranged in response to your changing needs throughout life, in a dynamic process that allows you to learn and adapt to very different experiences.

For example, the auditory cortex of a musician’s brain grows denser than anyone else’s, because all new neural connections were made through musical practice. The more we learn, the more connections are formed in the brain, and the more densely it grows.

Jason S. Moser and his colleagues at Michigan State University have discovered what happens to our brains when we face a mistake. Depending on whether our mindset is learning or fixed, the neural activity in the face of an error will be more active or less.

In other words, when we think that we can learn, if we are wrong, an intense neural dance is awakened to identify causes, patterns or learning that will serve us for the future.

However, if our mindset is fixed, in the face of a mistake, we will throw balls out, we will justify ourselves with a thousand and one arguments and our neural activity to find reasons for learning will fall asleep somewhat.

And all this does not depend on age. According to Dweck, 40 percent of people have a “growth mindset”; another 40 percent, their “mindset is fixed” and the rest, depending on the moment.

There are many people who consider that since something has gone wrong throughout their life then they will not be able to change it. They believe that intelligence is innate; as if it were a gift and that it stays that way for the rest of your life.

For example, it is often believed that people draw better or worse in a natural way, that it is a skill that only a few “chosen” possess. Thus, they show a fixed mindset.

It is true that our cognitive abilities and abilities depend in part on our genetic makeup, but only up to a point.

A lot of neuroscientific research shows that the brain is like a muscle: it changes and gets stronger when you use it. At birth our brain is not made up of a number of neurons and immovable neuronal connections, but rather they change.

Studies have been trying to explain how the brain evolves and how when you learn new things, those small brain links grow and become stronger. And then you stimulate your mind to think, the greater the development of your neurons.

And, unexpectedly, what once seemed very complicated, or even unimaginable, like speaking a foreign language or learning algebra, becomes simple. A stronger and smarter brain is the result.

Thus, our brain is a plastic organ, in such a way that with training it can be modified. In fact, we are the only species that uses plasticity to perfect and evolve the brain, which makes us different and unique.

In addition, it indicates that each individual of our species is unique and unpredictable and participates in its own evolution due to the influence of lived experiences.

Knowing that our brain is plastic, that is, that we can generate new neurons or that intelligence is a malleable capacity, constitutes an open door to hope because it allows us to develop the growth mindset, one that allows us to better face challenges by believing that our personal skills can be developed.

In this way, you can choose the type of mindset. As Carol Dweck, professor of psychology at Stanford University, says, mentalities are just beliefs (meaning belief is an idea or thought that is assumed to be true), which are powerful and difficult to change when dealing with a conviction. However, they are only something that is in the mind, and the mind, as stated, can be changed.

In addition, scientists also point out that human beings have the ability to learn throughout life and to develop their brain more than can be imagined.

Each person has a different genetic endowment, which somewhat predetermines their temperament and abilities, but experience, education and personal effort is what marks the rest of the way.

Then improvement is always possible. Learning to change is not easy for many people, but it is never too late.

So, can we change our mindset?

With more effort than our children, of course, but adults can also adapt our mindset. Numerous studies demonstrate what has been called neuroplasticity – the brain’s ability to adapt and create new neural connections and pathways at any age (so there’s no excuse).

The first thing we need is to know what our predominant mindset is. And knowing this we can be vigilant to modify what does not work for our benefit. It is not about modifying behaviors, but belief. The above behaviors are the consequence of the belief, not its cause.

It’s true, it’s not that easy. I work every day on my personal growth and I keep getting caught in a fixed mindset many times. It is not as easy for those who have educated us as they have educated us, the traditional system.

But I keep working on it. Every day. Because it is worth it. I have spent too many years in “my comfort zone, a nice place, where nothing ever grows.” I encourage you to do the same.

Good luck and have fun.

FAQS: How does the brain play into mindset?

How does a fixed mindset affect the brain?

People with a fixed mindset think that their intelligence and skills are fixed, so they avoid hard work, try to avoid mistakes (and therefore challenges) and do not improve.

How neuroplasticity plays into a mindset?

Neuroplasticity is the ability of the brain to restructure itself based on repetitive practices, this can make us understand that their brain can actually grow and become stronger.

What is the science behind growth mindset?

What Dweck discovered is that people on the right (growth mindset) appear to assume that their intellect and abilities are malleable, that they can alter depending on how much effort they put into it.

What is mind growth?

Growth mindset refers to how we deal with challenges and setbacks.

What are the 7 mindsets?

The 7 Mindsets are a comprehensive plan for happiness, intentionality and success, which is written in simple and powerful language to teach how to activate success strategies so that people can live the life of their dreams.

In this post we answered the question ‘’How does the brain play into mindset?’’ We discovered what the role of the brain is in the adoption of a mindset and if mindsets can be modified with experience.