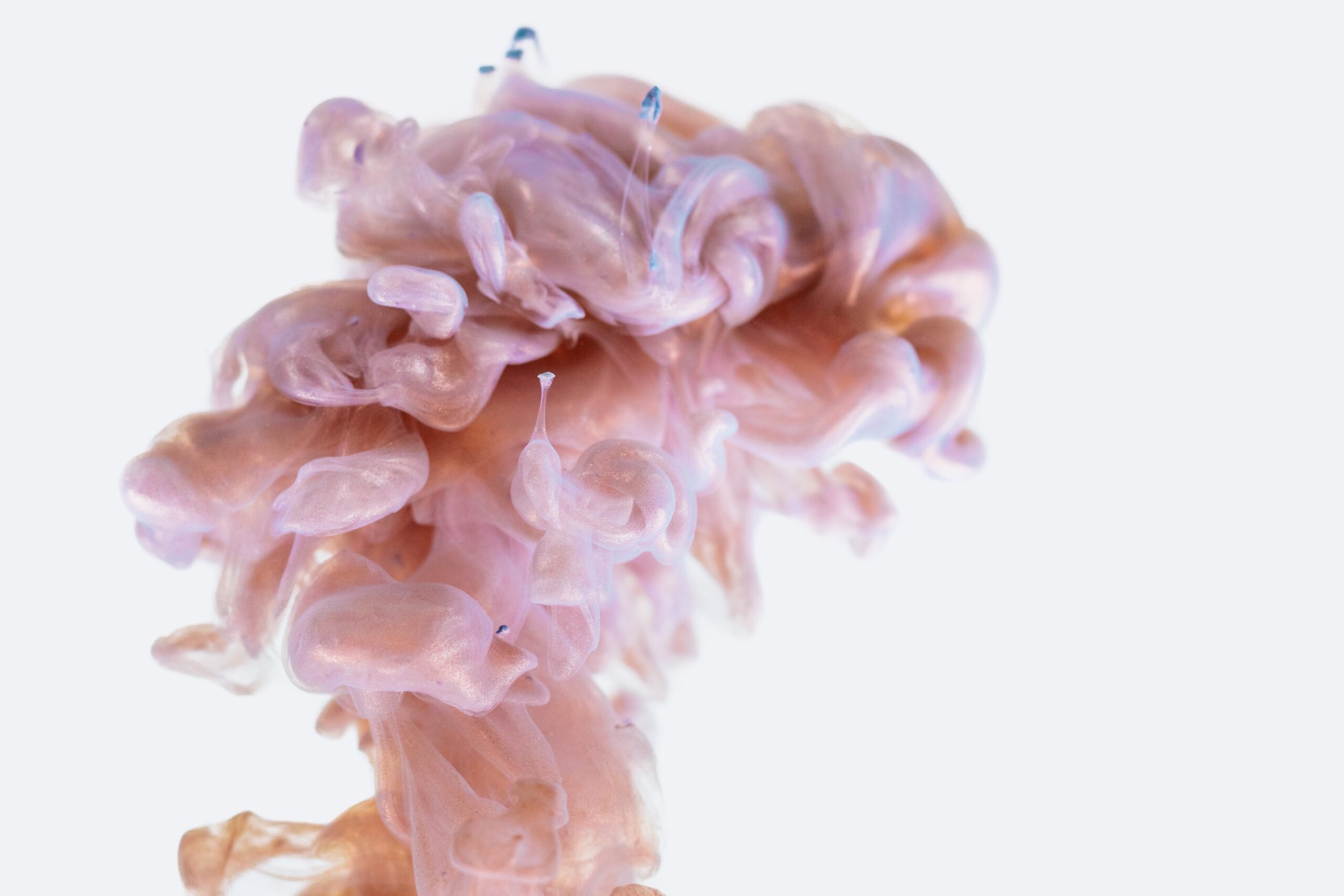 However, the correct operation of all these systems requires the existence of others that allow managing and coordinating them. The first and most relevant is the nervous system, in charge of precisely such management and control.

But it is also necessary that elements are generated that allow the systems to be activated or inhibited by the orders of the nervous system. The latter would be the case of the endocrine system.

And given that the emission of these substances requires certain control at the neural level, we can also speak of a neuroendocrine system that allows controlling the emission of substances such as hormones, necessary for the proper functioning of various body systems.

And it is about the latter that we are going to talk throughout this article.

How does the brain control the endocrine system?

The brain, especially the hypothalamus, commands the pituitary gland to secrete hormones that are released into the blood and carry the message to various tissues, including many other endocrine glands.

The endocrine system is like a precise conductor. Not only does it mediate our survival and adaptation, but that set of cells, glands and hormones regulate our behavior and metabolism, rest and activation, growth, stress, sexuality … Much of our biological processes are controlled by this fascinating structure.

If we have defined the endocrine system as “accurate” in the first place it is due to a simple reason. Any small alteration in any of the organs that makes it up is undoubtedly experiencing more than one consequence. For example, anyone who suffers from an imbalance in the thyroid, that gland so sensitive to our lifestyle, knows it well.

Endocrine disorders are undoubtedly one of the most common conditions. In addition to hyperthyroidism or hypothyroidism, we must know that diabetes is also another type of metabolic disorder mediated by a low production of insulin by the pancreas, which also performs endocrine tasks.

Knowing better how this wide set of organs, tissues and sophisticated hormonal mechanisms works will help us not only to know more about our body. In turn, we will understand the importance of mediating their well-being, taking care of our lifestyle habits, our circadian rhythms and our diet.

We can consider the neuroendocrine system to be the set of structures that make up the endocrine system and the part of the brain dedicated to the emission, control and transmission of the substances they generate.

It is a vital system for the human being, which is responsible for the emission and management of hormones and as such influences the generation of changes in the functioning or even the structure of our body.

These hormones travel mainly through the cardiovascular system to the organs and tissues on which they must act.

The endocrine system is made up of glands that produce and secrete hormones.

These chemical substances mediate almost any process in our body: they provide energy to cells and organs, activate them, travel through the bloodstream to regulate our behavior, emotions, metabolism, etc.

In general, we can consider that this system originates in the hypothalamus and from it, passing through the pituitary, it can generate different circuits or pathways.

Among them, three stand out:

1. The hypothalamus-pituitary-adrenal (which especially regulates the body’s response to the environment as well as stress and activation).

2. 2. The hypothalamic-pituitary-gonadal (focused on maturation and sexual development)

3. The hypothalamic-pituitary-thyroid (more linked to body regulation and growth).

Some people compare the endocrine system with the nervous system. They are just as relevant, however, the latter makes use of electrical signals to communicate. The endocrine, for its part, uses hormones, which travel through our blood acting as precise chemical messengers.

There is also another big difference between the two systems. When the brain orders the release of certain hormones, their effect takes a long time to wear off.

Thus, while the nervous system sends an electrical signal to a specific and precise point in our body, hormones reach many more points producing various (and not always so positive) effects.

An example of this is cortisol. When released by the adrenal gland, its effect can last for hours or days.

And its stimulating effect impacts, as we already know, in very different ways: it produces tachycardia, muscle tension, headache, digestive problems … The endocrine system controls, as we can see, a series of processes as complex as they are important.

However, to understand it much better we must know how it is structured and what organs make it up.

Although at a general level the function of this system is to generate and manage the production and transmission of hormones, this fact means that the neuroendocrine system actually has a large number of sub-functions.

In this sense, among many other elements, it allows us to help manage our immune system, regulate our sexual response, generate hunger or thirst so that we act when our body needs nutrients.

Also experience emotions and feelings towards elements of the environment or towards other people, regulate digestion, control biological rhythms, maintain the electrolyte balance of our body or even cause our growth and development during the life cycle.

Parts of the endocrine system

The endocrine system is made up of many different glands that secrete hormones. Likewise, it is interesting to remember that not only our glands produce hormones, there are also organs that carry out important endocrine tasks, such as the stomach, duodenum, liver or pancreas.

Let’s see however which components are the most distinctive of our endocrine system.

The main nucleus of the nervous system that is responsible for regulating the entire neuroendocrine system, basically the part of the system with the greatest role in controlling and coordinating its functioning and the release of hormones, is the hypothalamus.

This part of the brain starts the production of different hormones that in turn activate the pituitary, another of the main elements of the system. Different circuits also arise from it, which include the pituitary gland and which are directed to regulate different systems.

An example of the hormones released by the hypothalamus is somatostatin, which causes the pituitary gland to stop releasing growth hormone. On the other hand, something interesting that the Albert Einstein College of Medicine of Yeshel University has revealed to us through a study is that this structure is also what regulates our aging process.

The pituitary gland is as small as a pea, but its importance within the endocrine system is immense, so much so that it is considered almost like “the conductor of the orchestra”. To understand its functions we must first know how it is formed:

The pituitary gland is divided into two parts: the anterior lobe and the posterior lobe. The first lobe carries out the following processes:

The posterior lobe, for its part, favors the production of the following hormones:

The two adrenal glands are located at the top of each kidney. They produce a type of hormones called corticosteroids, which, in addition to regulating the body’s metabolism, the balance of salt and water in the body, also activate our sexual function and mediate our immune response.

Likewise, these glands are the ones that activate and regulate our stress responses. They do this by producing catecholamines, such as adrenaline.

We talked about it at the beginning and its importance in our internal balance, in our metabolism and well-being. This butterfly-shaped gland located above the trachea secretes three types of hormones: calcitonin, triiodothyronine and thyroxine.

These specialized substances regulate, as we already know, the body’s metabolism. In addition, it favors other processes, such as the maturation of the nervous system in children, regulates blood pressure, heart rate, digestion, muscle tone and reproductive functions … The thyroid gland is undoubtedly another key structure in our body.

The pineal gland or epiphysis is undoubtedly one of the most interesting structures in our brain. Housed right in its center and called by spiritual currents as “the third eye”, it has an essential significance in our day to day.

It is that small gland that regulates our sleep-wake cycles, it is responsible for secreting melatonin.

In view of its great importance, it is important to take into account one aspect: the pineal gland, as revealed in a study by Dr. Jennifer Luke from the University of Surrey, in the United Kingdom, is very sensitive to chemical agents.

Thus, factors such as living in a highly polluted environment or eating an unhealthy diet can impact its functions or even early calcification.

The testicles and ovaries are also part of the endocrine and neuroendocrine system, and they are one of the main sources of sex hormones in our body. The testes primarily produce testosterone, while the ovaries produce progesterone and estrogens.

These hormones affect sexual behavior, contribute to the formation of the secondary sexual characteristics of each sex and have to do with aspects such as desire, preparation for childbirth, the strengthening and growth of bones and muscles or even socio-emotional elements (in both sexes) beyond the reproductive.

To conclude, as we see the endocrine system is that part of our body responsible for facilitating all these key processes in our growth, maturation, adaptation to the environment and its cycles. Promoting our health, taking care of stress and leading a more relaxed and natural lifestyle, would undoubtedly allow us to optimize its functions to the maximum.

FAQS: How does the brain control the endocrine system?

What part of the brain controls the endocrine system?

The hypothalamus is known as the central switch because it is the part of the brain that controls the endocrine system. This pea-sized structure that hangs from a small stem in the hypothalamus is the pituitary gland.

What stimulates the endocrine system?

Are hormones controlled by the brain?

Yes, hormones are controlled by the hypothalamus, which is responsible for endocrine activity, autonomic nervous activity, and behavioral responses.

How does the hypothalamus control the endocrine system?

Nerve cells in the hypothalamus make chemicals that control the release of hormones from the pituitary.

What organs are part of the endocrine system?