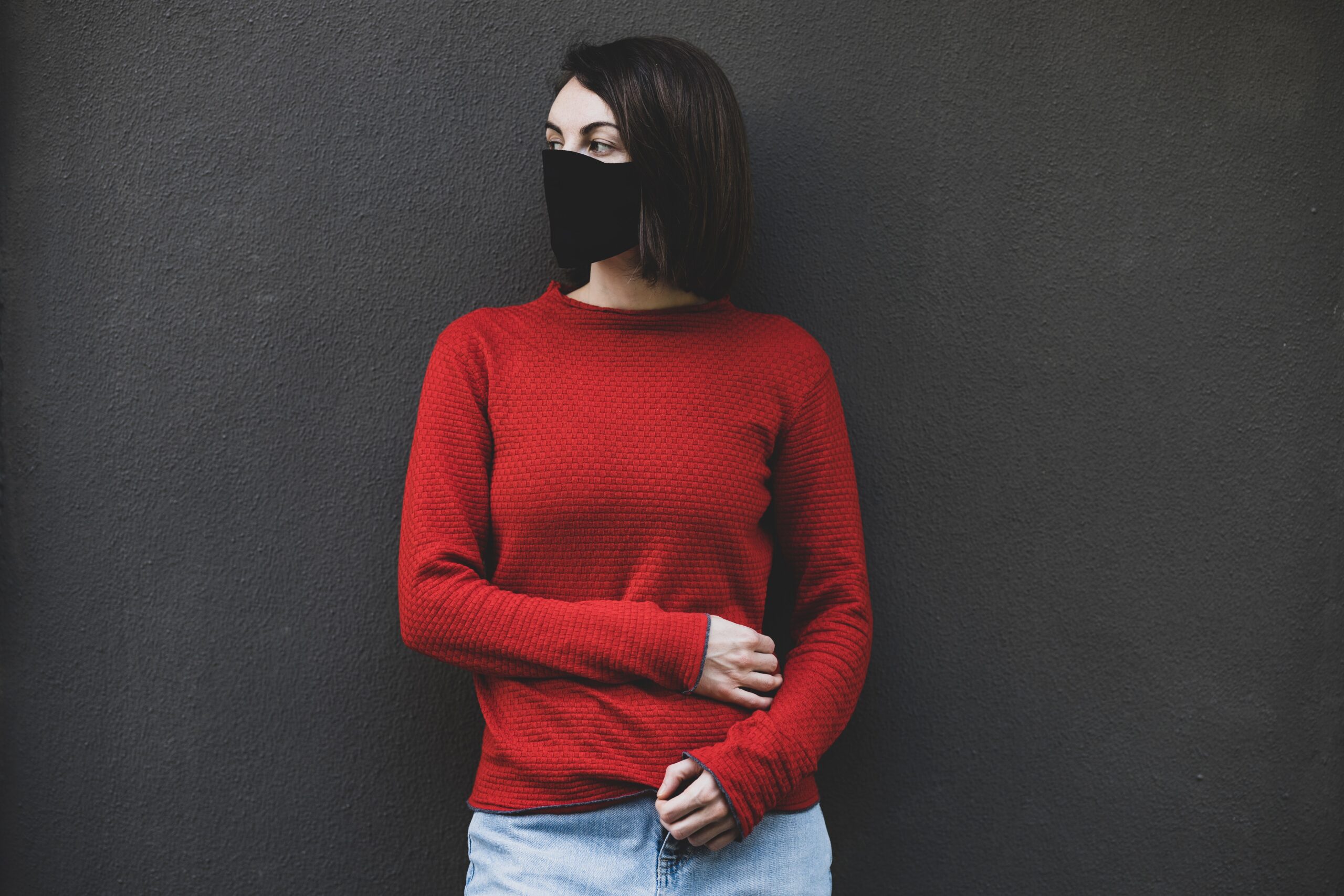 The human body works as a whole, made up of devices and systems that constitute the set of structures on whose harmonious functioning depends that state called health and that, in itself, gives rise to body homeostasis.

All organs, apparatus and systems are important to maintain homeostasis; none can be considered less important or valued as the most important.

It has been said, and is said, that the brain is the most important organ of the human body, that its functional integrity gives the human species the ability to think, to create, to communicate with others, and other manifestations of its activities that They make Man human and adorn the members of the human community.

But has anyone told us that the proper functioning of the brain depends on the other organs working well?

In this post we are going to answer the question ‘’How does the brain control breathing?’’ We will introduce you to the role of the brain in the breathing process and the other systems involved in this vital function.

How does the brain control breathing?

The voluntary breathing system is found in the cerebral cortex and sends impols to the respiratory motor neurons.

The respiratory apparatus or system refers to the set of organs that living beings have in order to exchange gases with the environment.

This cold definition is soon postulated, but the concept is put more into perspective when we consider that oxygen is the engine of cellular work, with all that it entails.

Mitochondria (cellular organelles) convert glucose and oxygen into high-energy bonds that can be stored in ATP and used by the cell for metabolism. Thus, we can fearlessly say that, together with water, the air in the environment makes life as we know it possible.

Most animals need to breathe continuously. For this reason, the movements that provide or allow the flow of respiratory medium to the corresponding organ are generated by innate rhythmic programs that are carried out by specific neuronal structures and can operate independently of the higher brain centers.

Tracheal ventilation of terrestrial insects appears to be regulated by signals sent by the metathoracic ganglia. And in vertebrates the respiratory rhythm is marked by the respiratory center located in the brainstem.

In vertebrates, the nervous control of respiration has three components:

In mammals, regardless of the level of oxygen consumption or carbon dioxide production by the tissues, the partial tensions of oxygen (tO2) and carbon dioxide (tCO2) of the arterial blood leaving the lungs show considerable constancy, indicating that both quantities are under strict control.

But in addition to this main center, there is another respiratory group in the brainstem bridge (Varolio bridge), formed in turn by two areas: the pneumotaxic center and the apneustic center.

The phrenic nerve and the intercostal nerves are those that transmit motor commands to the diaphragm and intercostal muscles that cause rhythmic contraction and relaxation movements of the rib cage.

The cell bodies of these nerves are found in the spinal cord (spinal cord) and receive signals from the medullary respiratory center. When these motor neurons stimulate the inspiratory muscles, they trigger the inspiration movement; expiration occurs when these neurons do not transmit impulses.

The ventral group is interconnected with the dorsal group, and is composed of both inspiratory and expiratory fibers. But this group is inactive during normal breathing; it only intervenes when ventilation needs to be increased and is especially important to intensify expiration.

During normal (quiet) breathing, no signals are sent through the descending pathways of the expiratory neurons. The motor neurons that innervate the expiratory muscles (abdominal and internal intercostals) are only stimulated when active expiration is required.

Furthermore, inspiratory neurons in the ventral group, when stimulated by the dorsal group, accelerate inspiratory activity when ventilatory demands increase.

The generation of the respiratory rhythm seems to rest in an area called the ventromedial rostral medulla, which is located in the upper zone of the ventral respiratory group, in which neural networks that generate pacemaker activity have been located.

However, the mechanism that leads to rhythmic respiratory movements is not well understood.

For their part, the pneumotaxic and apneustic centers of the Varolio bridge exert fine control over the medullary respiratory center that helps to smooth respiratory movements.

The pneumotaxic center sends signals to the dorsal respiratory group that help switch off inspiratory neurons, thus limiting the duration of inspirations.

On the contrary, the apneustic center prevents the disconnection of those same neurons, the inspiratory ones. In this system of counterweights, the pneumotaxic center dominates, which contributes to setting limits to inspiration, allowing expiration to proceed normally.

Without the action of the apneustic center, the respiratory cycle would consist of prolonged exhalations interrupted by rapid and very abrupt inspirations.

Obviously, the ventilatory rate is adjusted to meet the metabolic demands of each moment. And in this adjustment, three different indicators are valued, tO2, tCO2 and pH, although as we will see at the end, there are circumstances in which other signals intervene.

In mammals, arterial tO2 is monitored by chemoreceptors known as carotid bodies and aortic bodies, which are located at the bifurcations of the carotid arteries and in the arch of the aorta, respectively.

In fish there are chemoreceptors similar to those in mammals but they are diffusely located in the gills, and when these receptors detect a reduction in tO2, an increase in gill ventilation occurs. However, in air-breathing vertebrates things are different. The tO2 has to drop to as low as 60mmHg (40%!)

For a response from the control systems to occur. The reason that there is no response to higher values ​​of tO2 is that although these are relatively low, the percentage of hemoglobin saturation is still high (around 90% is found in combination with O2).

However, below 60 mmHg the pigment saturation decreases very quickly, so the situation can become very dangerous and lead to suffocation. The pigment dampens the effects of not too great variations in arterial tO2, so it functions, in effect, as an oxygen reservoir that ensures the supply to the tissues as long as the arterial oxygen pressure is not reduced excessively.

Arterial tCO2 is not monitored in most air-breathing animals; in fact, the carotid and aortic bodies respond very slightly to changes in the arterial level of CO2.

Of much greater importance are the central chemoreceptors, which are found in the medulla, in a position very close to the respiratory center.

Although in reality, these chemoreceptors do not monitor the concentration of CO2 directly, but rather that of protons –which depends on the former- in the extracellular fluid of the brain. Fish, however, appear to lack such central receptors.

In fact, the central receptors were most likely to appear in sarcopterygii (lungfish).

It so happens that CO2 crosses the blood-brain barrier with great ease, contrary to what happens with H +.

The great effect exerted by central chemoreceptors on the respiratory center is responsible for the fact that we cannot stop breathing at will for more than a minute (normal people, of course). 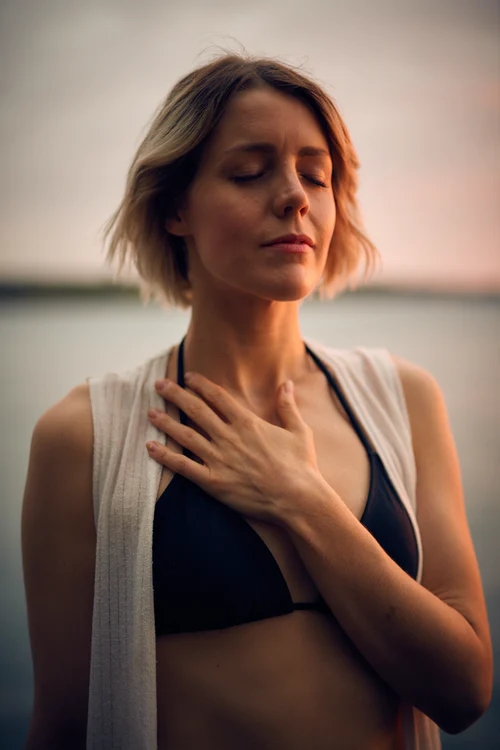 In short, does the brain control breathing?

Breathing is an automatic and rhythmic process constantly maintained that can be modified under the influence of the will, being able to change both the depth of the breath and its frequency.

Breathing is not always an absolutely regular and rhythmic process, since it must constantly adapt to the needs of the body, to provide the necessary oxygen for cellular metabolism and eliminate the carbon dioxide produced during it.

The cerebral cortex also participates when it intervenes voluntarily in the respiratory process.

At the central level, respiration is controlled by various areas of the brain stem that are known as respiratory centers and are:

The genesis of the basic rhythm of respiration is based on the alternating activity of the inspiratory and expiratory bulbar centers, which constitute the central generator of the respiratory rhythm.

In resting or basal breathing conditions, inspiratory activity is generated automatically, causing the diaphragm to contract. Then this activity stops, which will cause the diaphragm to relax, after which they will discharge again.

FAQS: How does the brain control breathing?

How does the brain regulate breathing?

The respiratory center, located in the lower part of the brain, involuntarily controls breathing, which is generally automatic.

Which part of brain helps in breathing?

The brainstem, which comprises the midbrain, the medulla, and the pons. It regulates basic body functions, such as respiration.

What is neural control of breathing?

In the medulla oblongata, the automated device is operated by a group of pacemaker cells. Signals from these cells activate motor neurons which innervate the respiratory muscles in the cervical and thoracic spinal cord.

How does breathing work in the human respiratory system?

Does the brain control breathing?

In this post we answered the question ‘’How does the brain control breathing?’’ We introduced you to the role of the brain in the breathing process and the other systems involved in this vital function.

Ezure, K. (1990). Synaptic connections between medullary respiratory neurons and considerations on the genesis of respiratory rhythm. Progress in neurobiology, 35(6), 429-450.

Leusen, I. R. (1953). Chemosensitivity of the respiratory center: influence of CO2 in the cerebral ventricles on respiration. American Journal of Physiology-Legacy Content, 176(1), 39-44.