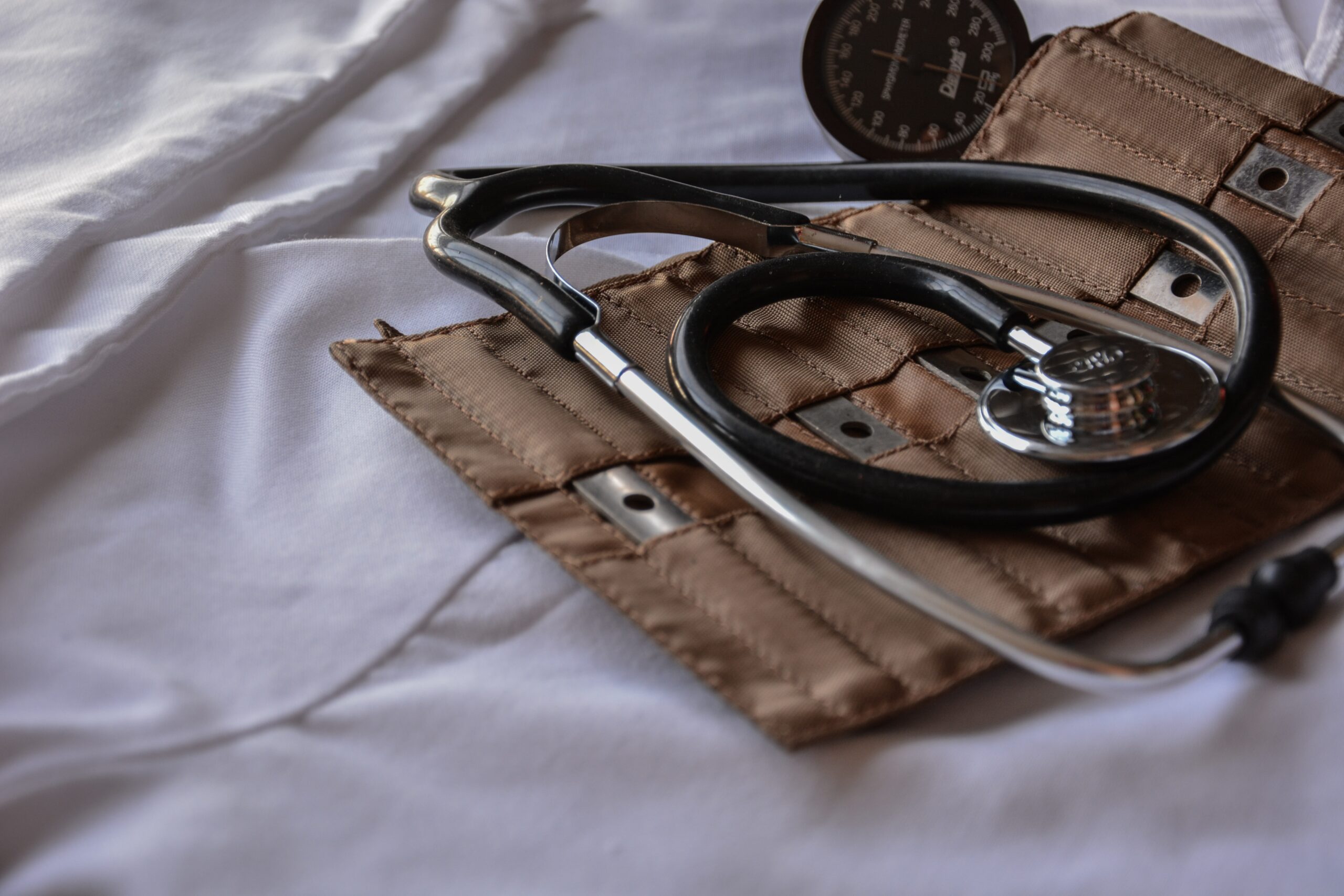 The circulatory system is a vital system for the human being, since it allows the circulation of the blood and with it the oxygen and nutrients that all our cells need to stay alive.

Although all cells in the human body work with relative autonomy, fulfilling their small role, they need the participation of something that goes beyond their own individuality.

Not only do you need to be in a stable environment created by the surrounding membranes, but you also need a constant supply of oxygen and materials to stay operational.

In this post we are going to answer the question ‘’How does the brain control blood pressure?’’ We will explain to you how the nervous system intervenes in the control of blood pressure, what structures intervene and how they do it.

How does the brain control blood pressure?

The brain controls blood pressure by receiving signals from the baroreceptors and responding by sending signals to the heart, kidneys, and blood vessels.

Tension or blood pressure is the force exerted by blood against the walls of the arteries. We can compare the circulatory system with the plumbing in a house:

It is a system of pipes through which a fluid circulates and the pressure at which it circulates has to be adequate. If the pressure rises above a few levels, the arteries that carry the blood begin to suffer greater damage and, in the long run, this damage ends up translating into complications

The circulation is subject to strict control in order to fulfill three priority tasks and fulfill them in this order:

The nervous system receives signals of a different nature about the state of the circulatory system, so there are different types of sensory receptors involved in this task.

On the one hand there are the baroreceptors, which report the blood pressure in certain enclaves. Others are chemoreceptors; they encode and send information about the concentration of CO2, O2 and blood pH.

Muscle contractions, as well as changes in the composition of the extracellular fluid in the muscles, also give rise to specific signals.

Finally, the information collected by several thermoreceptors is also relevant.

Parts of the brain involved in circulatory regulation

In mammals, all this information is processed by a set of neurons that form what is called the medullary cardiovascular center, which is located in the brainstem (medulla oblongata) and the bridge of Varolio, and which also receives inputs from other brain regions. , such as the respiratory center, the hypothalamus, the amygdala, and the cerebral cortex.

The medullary cardiovascular center, for its part, produces signals that are directed through motor neurons belonging to the sympathetic and parasympathetic divisions of the autonomic nervous system (part of the peripheral system), which innervate the heart and the smooth muscles of arterioles and veins.

Stimulation of the sympathetic nerves causes an increase in heart rate and impulse force, and also causes vasoconstriction.

The medullary cardiovascular center can be divided into two functional areas, whose effects on blood pressure are opposite: the pressor (or vasoconstrictor) and depressor (vasodilator) centers.

There are arterial baroreceptors throughout the arterial system. Some, devoid of myelin sheath, have been found in amphibians, reptiles and mammals, and respond to the rise in blood pressure by increasing the frequency at which they send signals to the medullary cardiovascular center.

They protect the body from the risks inherent in arterial hypertension by triggering reflexes whose consequences consist, precisely, of a reduction in tension.

This reduction occurs because the medullary cardiovascular center reduces the activity of the sympathetic motor neurons, causing a decrease in the heart rate, the impulse force of the heart and the peripheral vascular resistance.

Other baroreceptors (endowed with myelin sheath), only found in mammals, respond to low pressure and provoke a response contrary to that of the previous ones.

As we saw here, the chemoreceptors of the aortic and carotid bodies play an important role in the control of respiratory activity, but they also participate in the regulation of cardiac function.

If the body has stopped breathing (in a dive, for example); in this way, circulation through peripheral tissues (muscles, mainly) is limited and goes to internal organs and, above all, to the brain.

Several cardiac regions have mechanoreceptors and chemoreceptors. Information about the state of the heart collected by these receptors is sent through the spinal cord to the medullary heart center and to other regions of the brain.

In addition, the stimulation of certain cardiac receptors causes the release of hormones, both from the heart itself, and from other endocrine organs.

The heart rate, the degree of filling and volume of the atria, and the volume of blood arriving from the venous system are permanently monitored by these mechanoreceptors.

The results of this monitoring are translated into variations in the heart rate and in the concentration of vasopressin in the blood, which not only affects the cardiac activity, but also the kidney, thus helping to adjust the volume of blood in the body as a whole.

The wall of the atria has secretory cells that are sensitive to stretch. They are endocrine cells that produce atrial natriuretic peptide and release it when they are stretched.

Its effect is to stimulate the excretion of sodium and the production of urine, in such a way that it contributes to reducing both the volume of blood plasma and that of blood pressure.

Furthermore, it reduces the activity of the renin-angiotensin-aldosterone system, an endocrine system that induces greater renal reabsorption of Na + and less glomerular filtration (less primary urine production). It also inhibits the release of antidiuretic hormone.

In addition to atrial receptors, the heart also has ventricular receptors with mechanoreceptor and chemoreceptor functions. The former are stimulated by the interruption of coronary blood flow. Chemoreceptors are sensitive to chemicals that mediate inflammatory responses.

Skeletal muscles have numerous sensory fibers, more even than motor fibers. Some record muscle tension and reflexively modulate muscle contraction; these fibers are not involved in the regulation of the cardiovascular system.

Stimulation of these fibers produces changes in heart rate and blood pressure, in a sense that depends on the specific fibers involved.

In short, how does the brain control blood pressure?

Blood pressure or blood pressure is essential for the blood to circulate through the blood vessels and fulfill its function of carrying oxygen and nutrients to all the body’s tissues that they need to properly maintain their activity.

At the same moment, both the vasoconstrictor and cardioaccelerator functions of the sympathetic nervous system are activated and at the same time, parasympathetic vagal inhibitory impulses to the heart are reciprocally inhibited. That is, concurrently, three big changes occur, each of which raises blood pressure. They are the following

Veins, especially (but also the other large vessels in the circulation), contract strongly, moving blood from the large peripheral blood vessels toward the heart, increasing the volume of blood in the heart chambers.

The stretching of the heart then causes a more powerful beat of this organ and, therefore, the pumping of greater amounts of blood and, in turn, the increase in blood pressure.

Finally, the autonomic nervous system directly stimulates the heart itself, which also powers the heart pump. Much of this effect is due to an increase in heart rate, sometimes up to three times normal.

In addition, sympathetic nerve signals have a significant direct effect that increases the contractile force of the heart muscle, which also increases the heart’s ability to pump greater volumes of blood.

During strong sympathetic stimulation, the heart can pump approximately twice the same amount of blood as under normal conditions, further contributing to the sharp rise in blood pressure.

In short, circulation is subject to a complex control system.

The medullary cardiovascular center receives and integrates information collected by the mechanoreceptors, chemoreceptors and thermoreceptors distributed in different points of the vascular system, and elaborates responses that tend to guarantee the fulfillment of the functions of the system and, above all, the blood supply to the brain and the heart.

FAQS: How does the brain control blood pressure?

Can you feel high blood pressure in your head?

Some people with high blood pressure may have a headache, trouble breathing, or a nosebleed.

What organ in the body controls blood pressure?

What is high blood pressure in the brain?

It is a rise in pressure within the skull that can result from or cause brain injury.

What should we do when BP is high?

In this post we answered the question ‘’How does the brain control blood pressure?’’ We explained to you how the nervous system intervenes in the control of blood pressure, what structures intervene and how they do it.