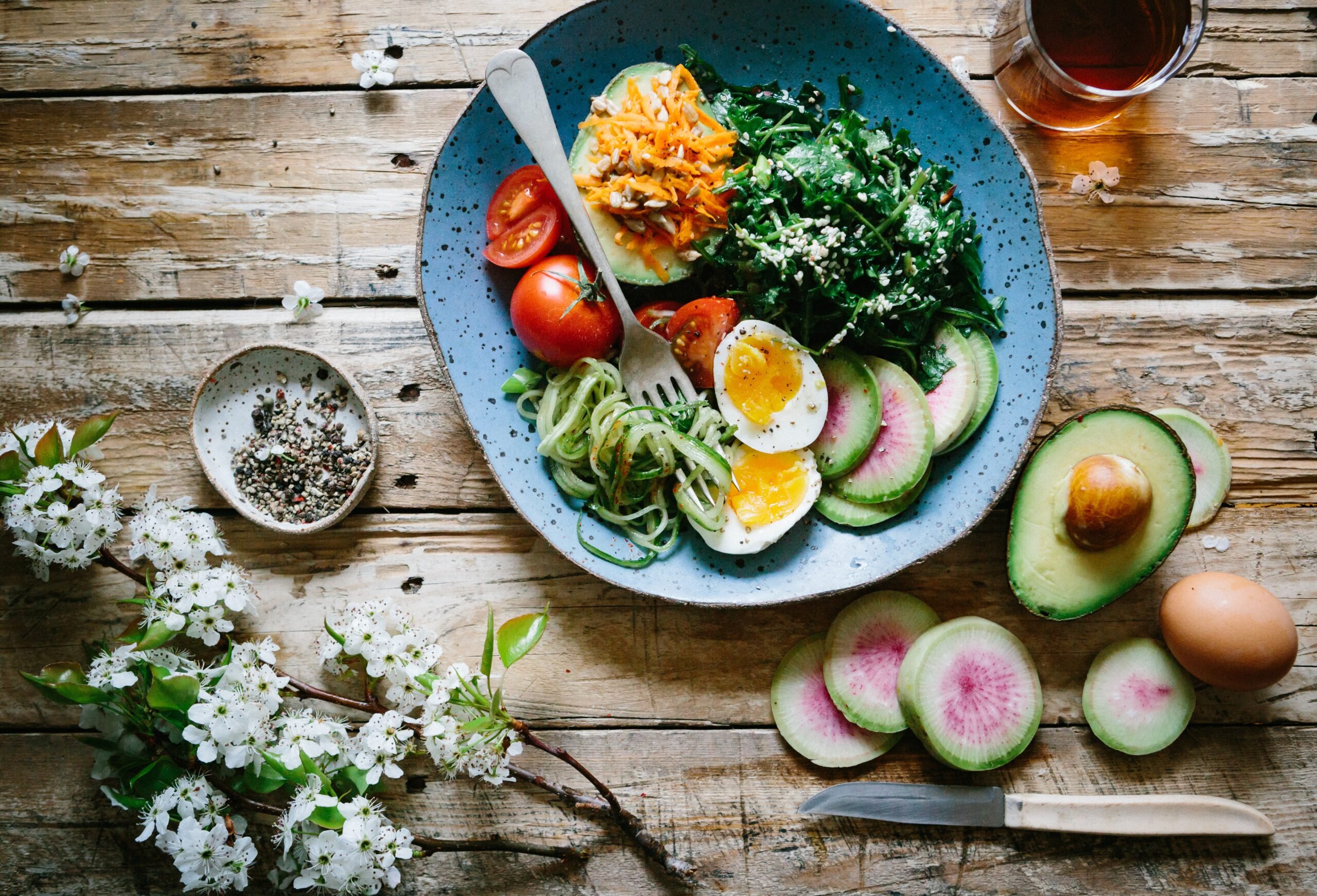 In this brief guide we are going to answer the question ‘’How does neurologic function affect nutrition?’’ we will find the relationship between neurological disorders and poor nutrition, at the same time, we will highlight the importance of nutrition in the evolution of patients with neurological problems.

How does neurologic function affect nutrition?

In neurological diseases they affect the nutritional status in a different way, it can be: metabolic response, inability to eat food, inability to prepare food and lack of appetite.

Eating is a complex and diverse set of behavioral patterns. The regulation of appetite and energy intake is influenced by numerous hormonal and neural signals, including feedback from changes in diet and exercise.

One of the key regions in the physiology of appetite is the hypothalamus because it has reciprocal connections between higher cortical centers, such as limbic pathways related to reward, and the brain stem.

Its regulation is based on two components: homeostasis and hedonistic control.

Neurological diseases understood globally pose one of the great health challenges at various levels: research, prevention, therapeutic and healthcare. But in addition, the disabling character that many of these diseases present make them have considerations in the social and economic area as well.

The central nervous system regulates nutrient intake, glucose and electrolyte homeostasis, and triggers feelings of hunger and thirst. Various nutritional factors are involved in the pathogenesis of many neurological diseases.

Vitamin D deficiency favors the development of immune-based diseases such as multiple sclerosis. Some elements of the diet can favor the presence of headache: cheese, chocolate, wine and other foods rich in amines.

The symptoms that accompany many neurological diseases can contribute to the development of malnutrition.

The decrease in intake, the appearance of digestive symptoms or changes in energy expenditure, the effect of certain drugs are elements that contribute to the presence of malnutrition. This circumstance worsens the vital prognosis, increases the risk of complications and reduces the possibilities of rehabilitation of the patient.

Patients with cerebrovascular accidents present a very high risk of malnutrition that will negatively influence the prognosis and the evolution of the disease. Decreased intake due to anorexia, hemineglect, hemianopia, hemiplegia and, above all, dysphagia, which can affect up to 50% of patients, are the most frequent causes.

The swallowing centre is located in the ascending activating reticular system, but dysphagia may appear in cerebrovascular events in other locations.

In all patients with a stroke, it is necessary to carry out an assessment of the nutritional status and the ability to swallow. This evaluation will allow the choice of the most appropriate nutritional support modality.

Various studies have been published that analyze and evaluate the needs for nutritional support in stroke patients. In the acute phase of stroke, it is important to maintain the clinical stability of the patient and to frequently evaluate his evolution.

If the patient can safely start an oral diet, it is advisable to use oral nutritional supplements only in the event of malnutrition or the minimum requirements are not met.

Parkinson’s disease is a neurodegenerative process that results from decreased levels of dopamine in the basal ganglia of the brain. Pathological lesions consist of degeneration of the nigrostriatal system and the presence of Lewy bodies in the cytoplasm of surviving neurons.

An incidence of 20 cases per 100,000 inhabitants/year is estimated, with a peak of maximum incidence between 60-70 years.

The motor, psychic and dysautonomic alterations that we observe in patients with Parkinson’s disease can lead to a decrease in intake due to the loss of ability to eat and decreased appetite.

In addition, there is a greater probability of developing malnutrition, which can reach figures close to 60%. This is due to a decrease in food intake secondary to loss of appetite due to hypothalamic neurological disorders, difficulties in chewing and swallowing in advanced stages of the disease, and motor disorders.

Epilepsies are one of the main and most frequent chronic neurological diseases. It is the result of a sudden discharge, abnormal for its intensity and hypersynchrony of a neuronal aggregate of the brain.

The clinical manifestations are characterized by being abrupt and brief. They can be the motor, sensitive, vegetative, psychic, with or without a decrease in the level of consciousness. Symptoms depend on the brain area from which the discharge arises and on whether or not it is generalized to the rest of the brain.

The relationships between nutrition and epilepsy are based especially on two aspects: the side effects of antiepileptic drugs on nutritional status and the possible role of micronutrients in the control of the disease:

The side effects of some drugs on nutritional status can affect the production of nausea and vomiting, the decrease in the intake or the interaction with the absorption and metabolism of certain nutrients such as folate, biotin or vitamin D.

This last interaction is the most important from the clinical point of view and can cause osteomalacia, hypocalcemia and risk of fractures. Vitamin D supplementation in patients on antiepileptic treatment is associated with a significant increase in bone mass.

Dementia is a progressive syndrome of global deterioration of intellectual functions (memory and at least one other such as language, gnosis, praxis or cognitive function), previously acquired, with the maintenance of the level of vigilance and that interferes with the work or social performance of the person and makes her lose their personal autonomy.

Alzheimer’s disease represents the most common form of dementia in our environment. From a quantitative point of view, it is estimated that 5-7% of the population over 65 years of age suffers from this disease, the figures reach 30-35% when we speak of an age group over 85 years.

Significant weight loss is an appreciable phenomenon in the elderly with dementia. Its percentage or absolute figures vary and can range from 300 g / year to 5-10% of the weight in six months. There are several phenomena and situations that can explain, at least in part, this weight loss:

1. The atrophy of the mesial temporal region that directly affects the search, recognition and preparation of food, as well as the motivations for these behaviors.

2. The memory loss of these patients causes them to fall into monotony when cooking repetitive and little varied meals or simply forget to eat.

3. The depressive state or anxiety attacks cause inappetence and even digestive somatizations, even reaching a total denial of any type of intake.

4. The decrease in the sensory perception of odors and consequently, the deterioration of taste. Loss of taste buds and salivation, dry mouth, lead to loss of ability to discriminate flavors.

So, how does neurologic function affect nutrition?

The state of health of every person depends, to a large extent, on the contribution of each and every one of the nutrients that the body needs to build and repair tissues and regulate metabolic processes.

The nutritional needs of each individual vary throughout life due to physiological, psychosocial and pathological changes and, as a consequence, the diet must also be adapted individually.

There is a complex relationship between nutrition and the Central Nervous System affecting many aspects, some of them are:

Swallowing alteration or dysphagia is one of the capacities that most affects the neurological patient to obtain optimal nutritional support. On the other hand, cognitive impairment, in some cases and depressive or anxiety states can cause loss of appetite and rejection of food, leading to malnutrition in the patient.

This malnutrition favors the worsening of the pathology or the appearance of associated diseases, which in turn have a negative impact on the nutritional status and evolution of the underlying disease.

It is essential that patients with a chronic neurological disease adapt their diet according to individual needs, taking into account their eating habits, their capacity for self-feeding and independence to maintain a good state of health and quality of life.

Acquired brain damage affects directly (due to dysphagia) and indirectly (due to the patient’s dependence) on the diet of the person who suffers it. And swallowing impairment is very frequent in this type of patient presenting the problem of dysphagia.

In addition, there is an inability to obtain and prepare food and, in the early stages, the inability to feed oneself with the following result:

As nutritional objectives to meet are:

How does nutrition affect the brain?

Our brain, like any part of our body, needs to feed. Depending on the nutrients you receive, your activity will be different.

The composition of each meal has a direct effect on the production of chemical signals in the brain.

Foods with vitamins, minerals, and antioxidants nourish the brain and protect it from using too much oxygen, which can damage cells.

How does nutrition affect the nervous system?

The brain needs to hoard about 20% of the energy we use to function. Its demand for glucose is very high, and to meet this need it monopolizes up to 50% of the energy extracted from the carbohydrates that we consume.

In fact, a lack of this nutrient has been shown to decrease memory performance and overall cognitive ability.

How does Neurological disorders affect the body?

How does nutrition affect disease?

Eating too much or too little of certain foods can lead to heart, vascular and diabetes problems.

What are signs of neurological problems?

Symptoms
Weakness or paralysis
Abnormal movement, such as tremors or trouble walking.
Loss of balance.
Difficulty swallowing or feeling like you have a “lump in your throat”
Seizures or episodes of tremors and an apparent loss of consciousness (non-epileptic seizures)

In this brief guide we are going to answer the question ‘’How does neurologic function affect nutrition?’’ We’ve found the relationship between neurological disorders and poor nutrition. At the same time, we highlighted the importance of nutrition in the evolution of patients with neurological problems.