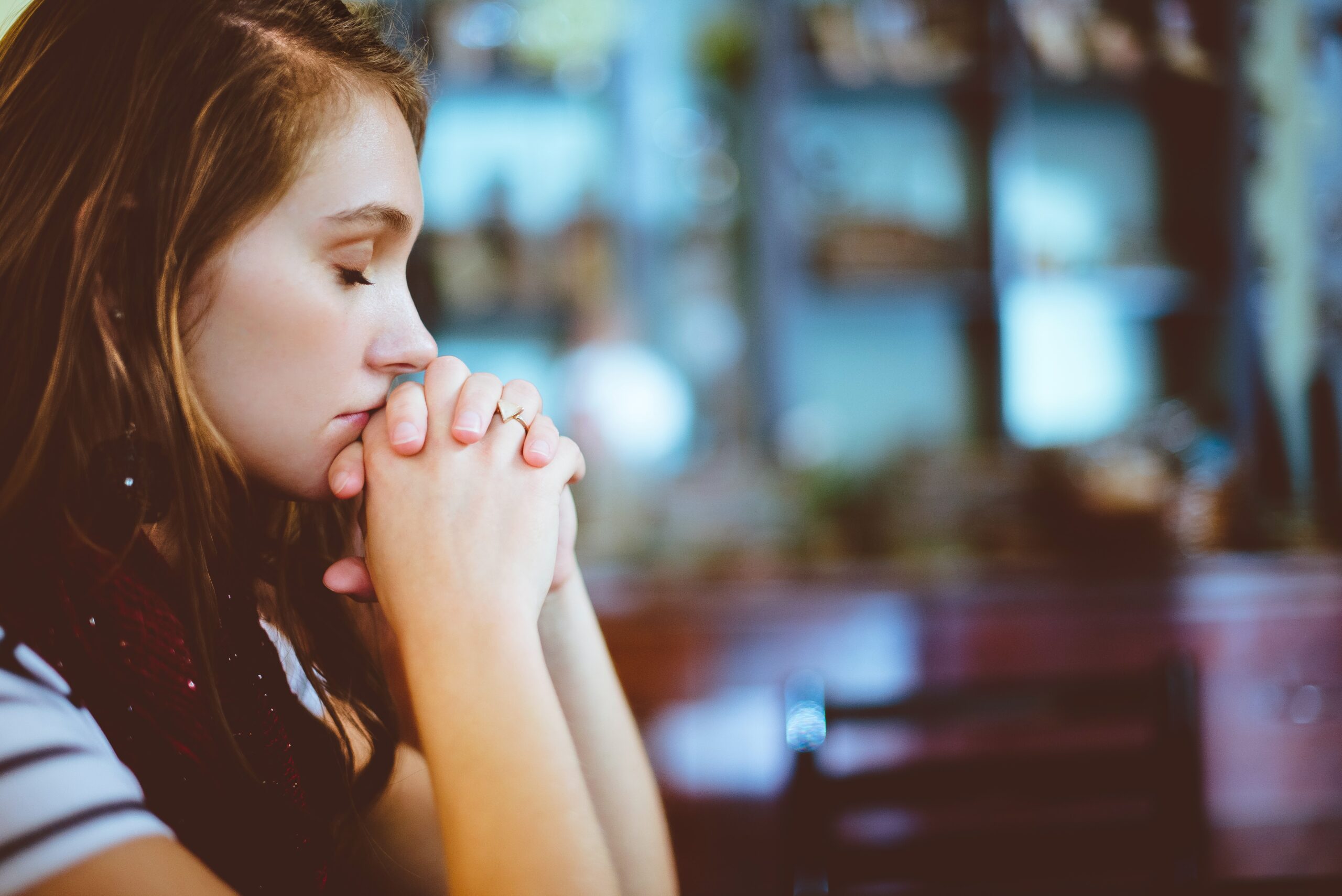 Have you seen that Hollywood movie called ‘Lucy’? starring Scarlett Johansson and whose plot revolves around a great lie: that human beings use only 10% of their brain. A myth that the scientific community has been dismantling for years.

In this article we are going to answer the question ‘’How do you unlock 100 percent of your brain?’’ and we will discover if it’s possible to unlock the maximum of our mental capacities.

How do you unlock 100 percent of your brain?

It’s amazing how many myths are out there. But one part of the body seems to attract more than others: the brain.

One of my favorites is that we only use 10% of the brain. It’s an attractive idea because it suggests that we could be much more intelligent, successful or creative if we could take advantage of that 90% that we waste.

Unfortunately this is not true.

First of all, it’s important to ask a question: 10% of what?

Using a technique called functional magnetic resonance imaging, neuroscientists can put someone in a scanner and see which parts of the brain are activated when they do or think about something.

A simple action, such as closing and opening the fist of the hand or saying a few words requires the activity of much more than a tenth of the brain. Even when nothing is supposed to be being done, the brain is doing a lot, whether it’s controlling functions like breathing and heartbeat, or remembering things to do.

How can an idea without a biological or physiological foundation spread everywhere?

In fact, the myth of the 10% could have its origin, paradoxically, in something that William James wrote, considered the father of Psychology in the United States, and one of the most influential figures in this discipline in the world.

James wrote that most people only take advantage of a small part of their intellectual potential. But several popular book authors misrepresented his words.

One of them was Lowell Thomas, who in 1936 prefaced the best seller “How to win friends and influence people”, where it was said that we only use 10% of the brain, as explained in Research and Science by Scott Lilienfeld and Hal Arkowitz, psychologists from Emory and Arizona Universities, respectively.

There are two phenomena that perhaps explain the misunderstanding.

Nine out of ten cells in the brain are what are called neuroglia or glial cells, which are support cells and provide physical and nutritional assistance to the other 10% of the cells, the neurons, that are in charge of “thinking.”

So maybe people heard that only 10% of cells do the heavy lifting and assumed that glia could be harnessed too. Only those cells are totally different and could not suddenly transform into neurons to give us more mental power

There is, however, a group of patients whose scans reveal something extraordinary.

In 1980, a British pediatrician named John Lorber mentioned in the journal Science some patients with hydrocephalus that they had very little brain tissue and yet could function. The case, however, doesn’t prove that the rest of us can use our brains more than we do, but that these people had adapted to extraordinary circumstances.

It’s true, of course, that if we put our minds to it we can learn new things and there is more and more evidence in the area of neural plasticity, showing that this changes our brain. But it is not that we are exploiting a new area of the brain. We create new connections between nerve cells or lose old connections when we no longer need them.

Perhaps the 10% figure is very attractive because it’s so low that it offers enormous potential for improvement.

What does science say? Scientific evidence

In favor of the idea of using 10%, some studies from the end of the last century suggested that a large part of the cerebral cortex remained “silent.” But the advance of the techniques used in Neuroscience put an end to that idea.

The great silent part was what are now known as association cortices, which actually play an essential role in integrating perceptions from different senses, emotions, and thoughts.

Another proof against that false belief. Unlike what was believed at the beginning of the last century, there are no areas of the brain where an injury doesn’t cause any damage. Therefore each region of the brain fulfills its function.

Brain “mapping” also runs counter to the 10% theory. In the last ten years, neuroscience has advanced more than in the previous twenty centuries. At present, there are fairly complete maps of the brain and none of them show areas to which no function is attributed.

Moreover, in the most recent maps, the number of regions to which a specific function is attributed is doubled or even tripled … One of the most recent, the so-called “brainetoma”, based on brain connections, considers more than 200 regions, which are constantly updated.

But perhaps the most conclusive tests are those of neuroimaging, because, as they say, an image is worth a thousand words: When the brain is observed through MRI, no area of the brain remains inactive, not even while we sleep. Furthermore, during sleep the brain carries out important tasks such as consolidating memory.

If the scientific evidence is not enough, economics also refutes that claim. Our brain, with its kilo and a half, accounts for approximately 2% of body weight.

However, its energy consumption is disproportionate: 20% -one fifth- of the energy of the entire organism. Keeping 90% of the neurons inactive would be an immense cost from an evolutionary point of view.

There is, however, an intriguing and interesting question: The most intelligent people have been shown to have below average brain activity. Which suggests that their brain circuits are more efficient and need to put fewer “resources” into play than the rest.

So 90% that according to this false myth we stop using it would not guarantee us to be more intelligent and capable. Sometimes, less is more.

What we can improve on is in the use of our intellectual capacity, as James pointed out. This is what Einstein did while working as a clerk in a patent office. Work shouldn’t be much fun. That is why his brain machinery was evading “gestating” the theory of relativity that made him famous, although not the Nobel Prize.

How to improve my intellectual capacity?

Having a good intellectual capacity and maintaining mental acuity is very important in all moments of life, not only during the study stage or in professional life. In all cases, a good memory depends on the health and vitality of the brain. But gray matter ages, just like the rest of the body.

The good news is that you can also exercise your brain to keep it healthy and realize its potential, even improve it.

The human brain has an amazing ability to adapt and change, even in old age. This ability is known as neuroplasticity. Thanks to it, if properly stimulated, the brain can form new neural connections, alter existing connections and adapt to change.

With some simple habits to apply in your daily life, you can work on and improve your intellectual capacity and memory. Here are some of them:

When we do physical exercise, the brain is also exercised. In fact, treating our body well helps us process and remember information.

Physical exercise increases brain oxygenation and reduces the risk of disorders that cause memory loss, such as diabetes or cardiovascular disease. In addition, exercise also increases brain chemical effects useful to protect neurons.

When there is a lack of sleep, the brain cannot function at its best. Skills such as creativity, problem-solving skills, critical thinking, and other intellectual skills are seriously compromised.

Also, sleep is essential for learning and memory. Research shows that sleep is necessary for memory consolidation, which occurs in the deep stages of sleep.

Several studies show that a life full of social life and fun has important cognitive benefits. In fact, people are highly social beings, and we cannot thrive in isolation. What’s more, social relationships stimulate our brain, interaction with others is the best type of brain exercise.

Research shows that having meaningful relationships and a strong support system are vital not only for emotional health, but also for brain health. In a recent study from the Harvard School of Public Health, for example, researchers found that people with the most active social lives had the slowest rate of memory decline.

Unlike emotional responses, which are limited to specific areas of the brain, laughter involves various regions throughout the brain. In addition, laughing activates areas of the brain that are vital for learning and creativity.

Stress is one of the worst enemies of the brain. Over time, if left unchecked, chronic stress destroys brain cells and damages the hippocampus, the region of the brain involved in the formation of new memories and the retrieval of old ones. Relaxation techniques are very useful for this.

In addition to stress, depression, anxiety, and chronic worry are also detrimental to the brain and brainpower. In fact, some of the symptoms of depression and anxiety include trouble concentrating, making decisions, and remembering things.

The brain needs fuel, just like the rest of the body. But there is no specific diet for the brain, since the recommended diet for good physical health is the same as for good intellectual health.

Diet based on fruits, vegetables, whole grains, “healthy” fats, and lean protein is recommended. This type of diet will provide a host of health benefits and help improve memory.

By the time we reach adulthood, our brain has developed millions of nerve pathways that help process information quickly, solve day-to-day problems, and perform common tasks with minimal mental effort. But if we focus on always doing the same thing, we are not giving the brain the stimulus it needs to continue growing and developing.

Memory and intellectual capacity, like muscular strength, need to be used if they are not to be lost. Therefore, it is necessary to work on them and propose new challenges to improve the ability to process and remember information. The best brain activities for mental exercise are those that break the routine and challenge us to develop new brain pathways.

FAQS: How do you unlock 100 percent of your brain?

How do you unlock your brain capacity?

Control your thoughts.
Work hard.
Learn.
Be open to changes.
Be creative.
Don’t be influenced by the opinions of others

How do you activate more of your brain?

How can I use my brain to its full potential?

Can you live with no brain?

No, the brain controls vital functions such as breathing, heartbeat, digestion, without it we couldn’t live.

What is the human brain capable of?

The human brain is capable of creating millions of ideas and connections. With more than 10 trillion neurons, the number of connections is immense.

In this article we answered the question ‘’How do you unlock 100 percent of your brain?’’ and we discovered if it’s possible to unlock the maximum of our mental capacities.